Made in Greece: Sydney’s 1821 reinvents itself with the help of international names and familiar faces

Under the direction of George Economidis and Luiza Gomes, Sydney’s 1821 has reinvented itself with an international spin on its traditional Greek menu. 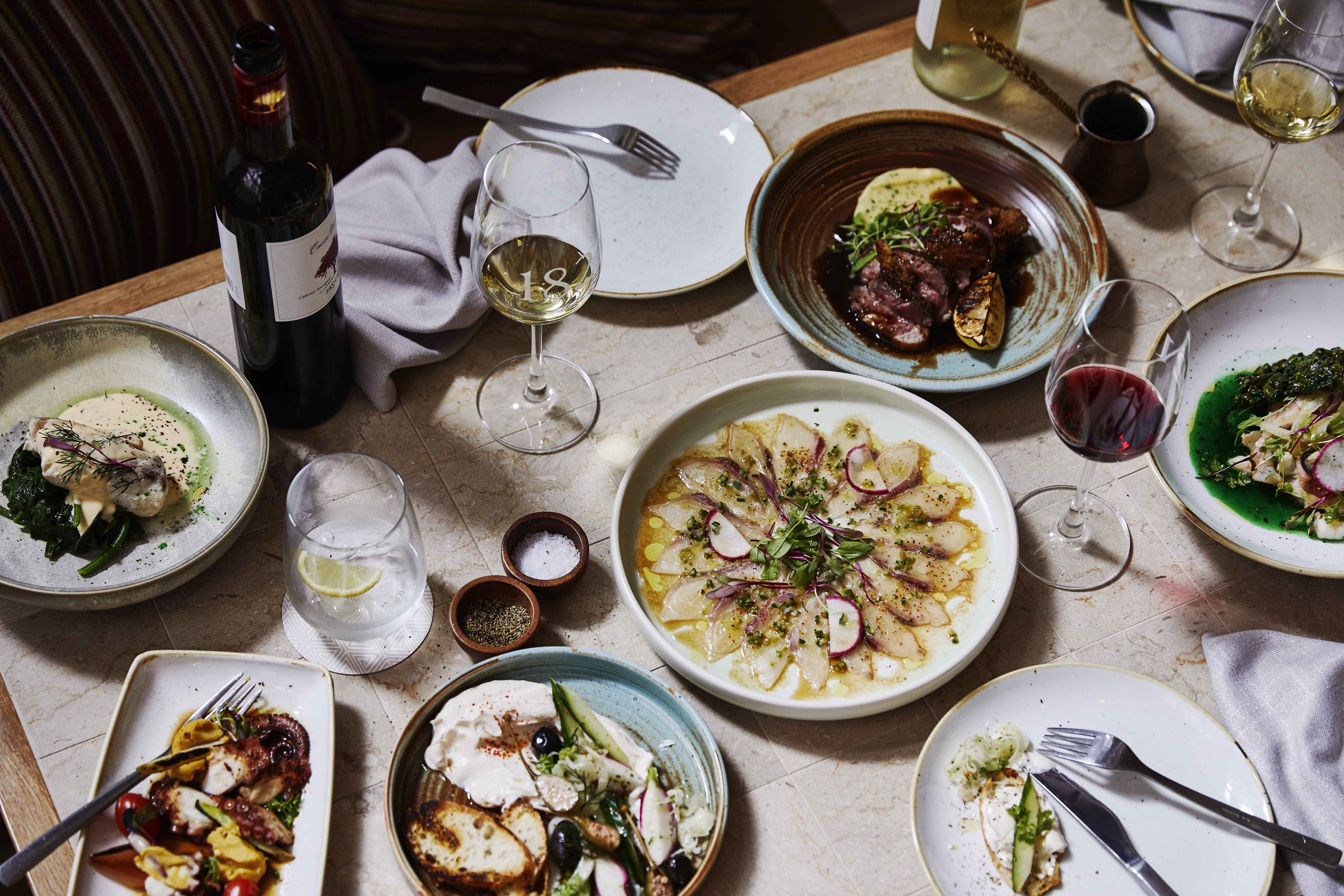 Named in honour of the Greek War of Independence, Sydney’s 1821 is a celebration of revolution and evolution, offering Greek meals with an international influence. Located in Martin Place on the corner of Pitt and Rowe streets, The CEO Magazine’s Simone Henderson-Smart praised the restaurant in 2017 for its “modern-meets-authentic Greek menu” and “extremely friendly and efficient” service.

There’s been a sea change since then, with restaurant founder and owner Jim Kospetas travelling to Greece in search of emerging trends and fresh inspiration. Seeking the help of George Economidis, owner of Greece’s BlueFish Restaurant Group, Kospetas has taken his attachment to Mediterranean cuisine and incorporated Economidis’ penchant for seafood. 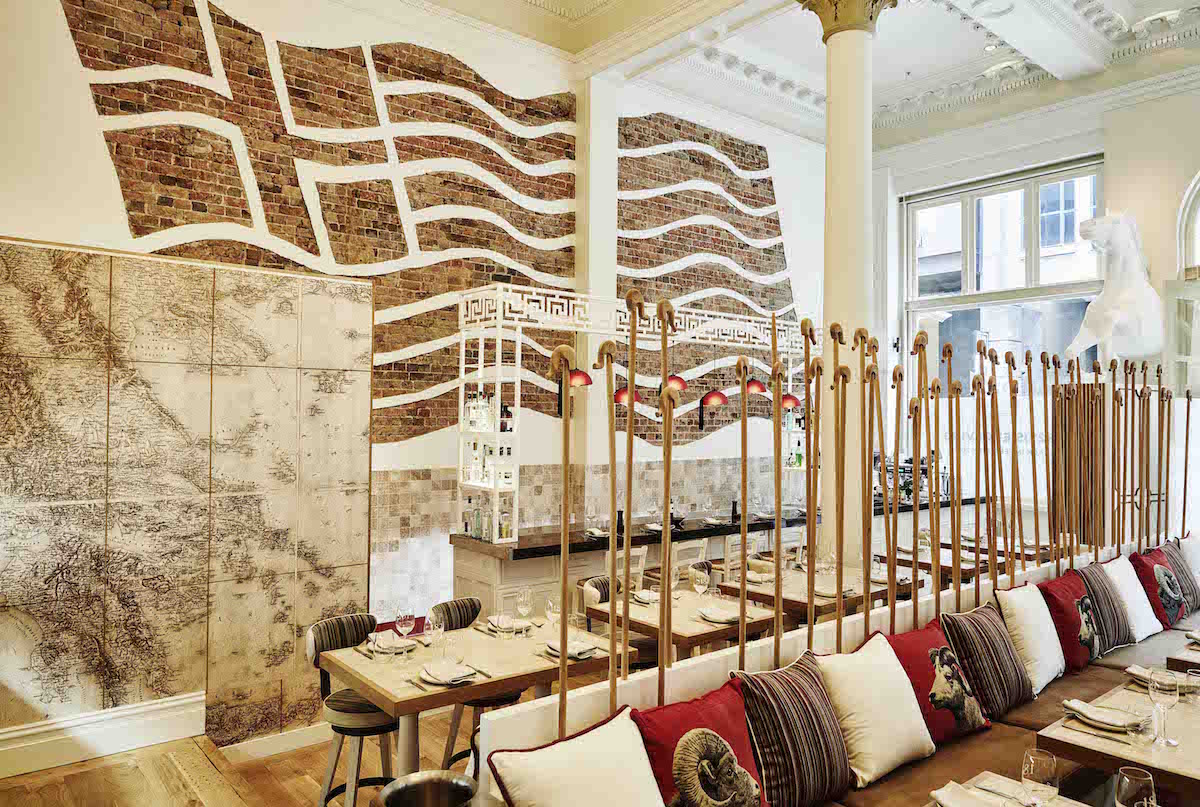 The result is a menu based in Greek tradition and driven by Economidis’ “passion to create” and “love for raw ingredients”. Working with Head Chef Luiza Gomes, 1821 now offers an inspired selection of cold and hot meze, seafood mains and a host of staples as well as lesser-known dishes.

The scope of this menu can appear daunting at first glance. Thankfully, most of the dishes are designed to be shared, with oysters, mussels and cuttlefish some of the popular options. With more than a dozen appetisers to choose from though, you must try the tarama. A dish of cured roe served with halva and antipasto, this traditional favourite balances brine and sesame and is as indulgent as it is restrained.

Obviously, seafood dominates here, with snapper, kingfish, grouper, cod and barramundi a few of the mains available. But if you prefer turf to surf, there is an assortment of tempting lamb, chicken and beef dishes to choose from. The oven-roasted pork is a clear highlight, with its thick, blushing cuts melting under the drizzle of lemon sauce. 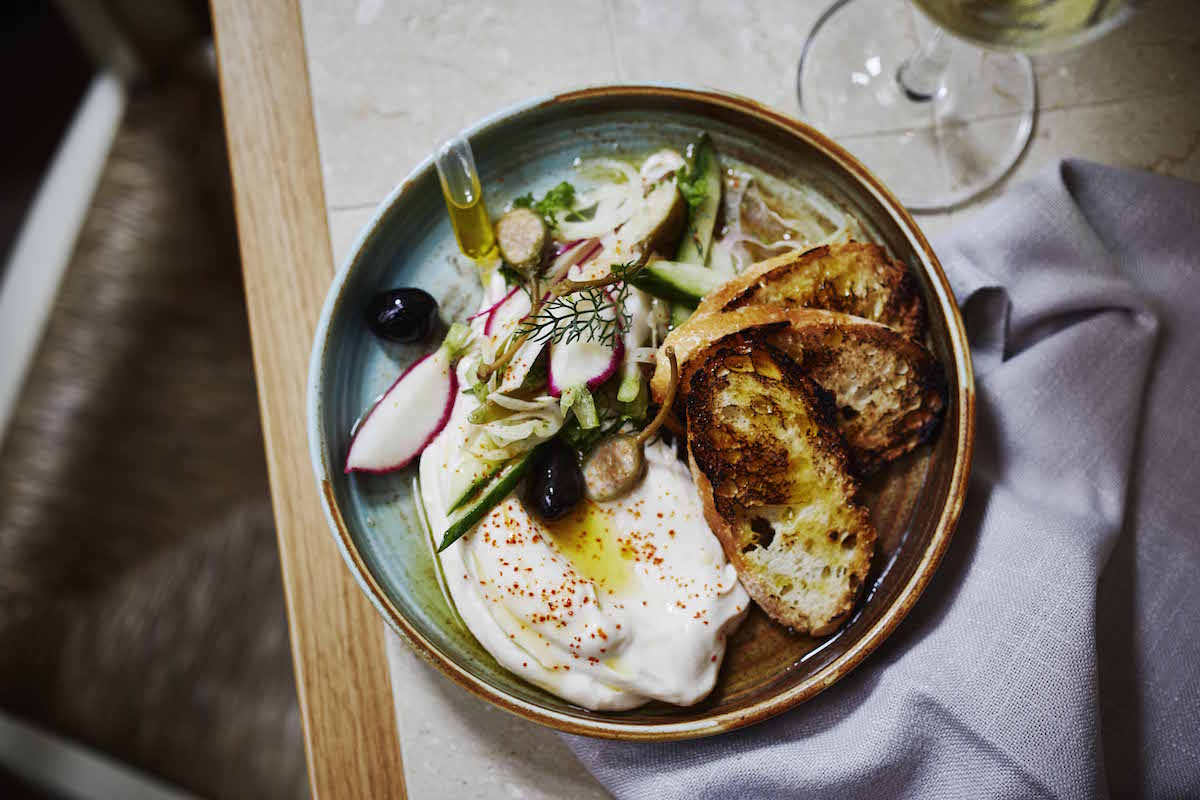 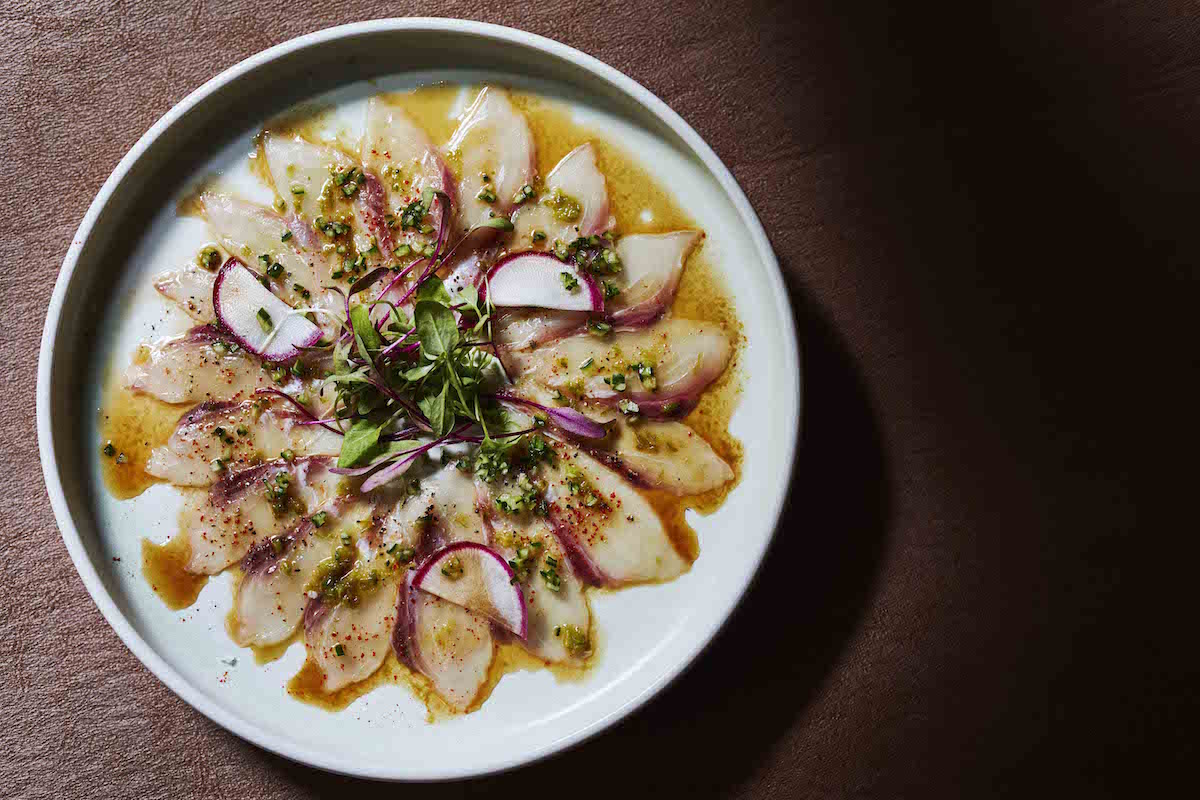 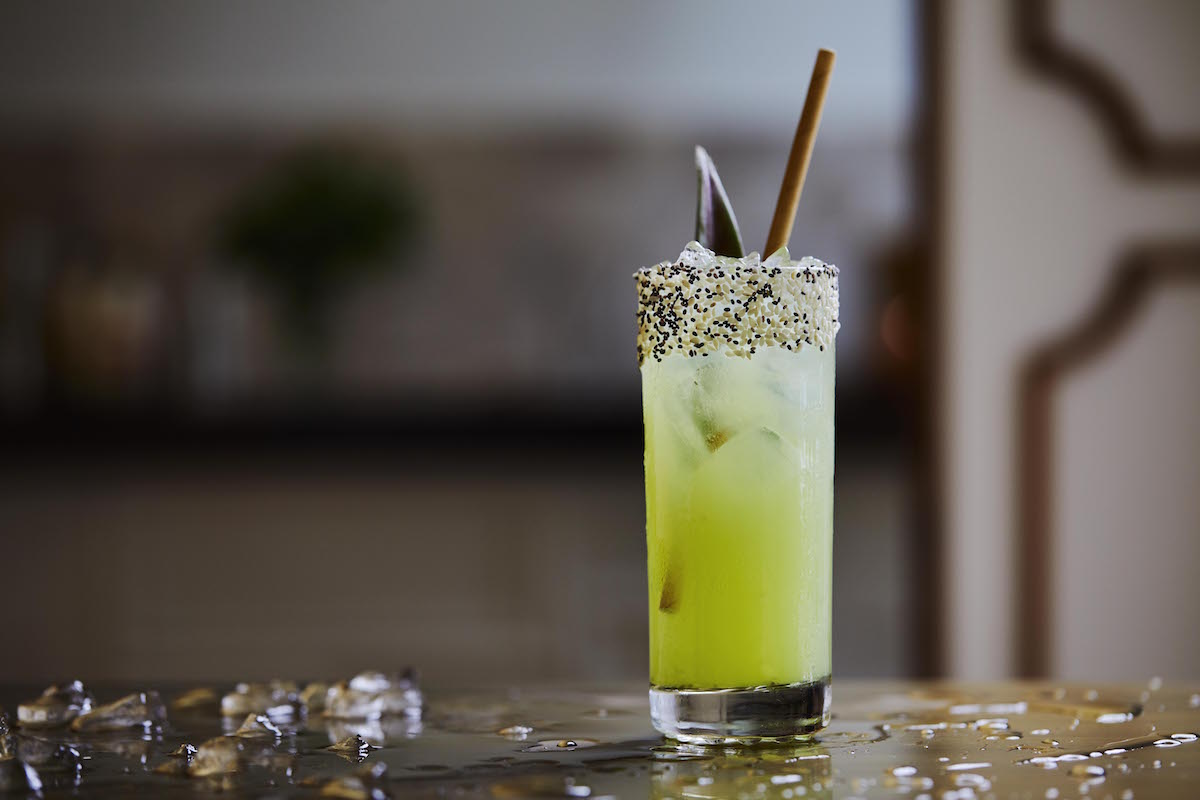 With a change in menu comes refreshed decor, too, courtesy of original designer Dimitris Economou. With a bar now located next to the chiselled brick Greek flag, Economou’s use of beige tiling and columns work to solidify the Greek motif, while the expansive floorspace and three separate levels give the venue a refined ambience. 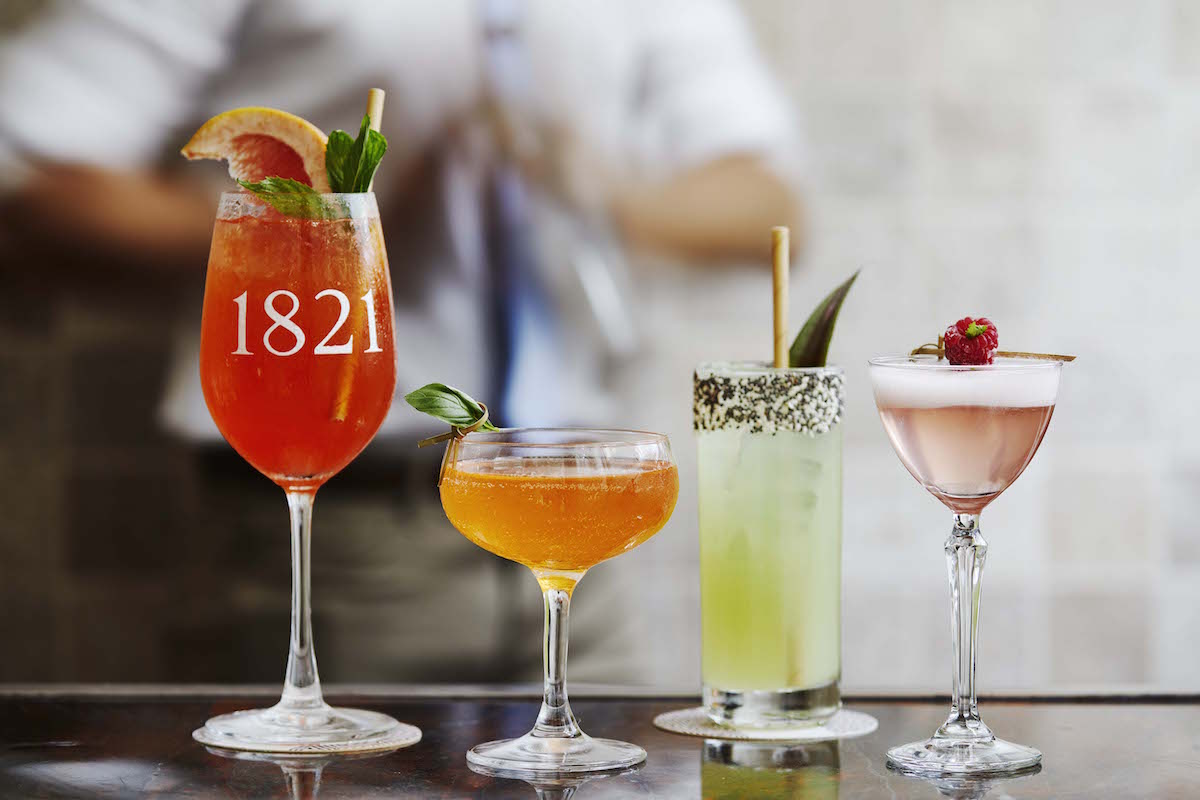 This being a Greek restaurant, you can’t avoid a postprandial digestif. With choices sourced from both Greece and France, give the Mastiha a shot. Distilled from the resin of the mastic tree and served chilled, its pine aroma and subtleties are rarely found outside of Greece, let alone a short walk from the Sydney Opera House.

Of course, your meal wouldn’t be complete without a taste of Galaktoboureko. A cinnamon and custard pastry served with a dollop of vanilla ice cream, its neutralising aspects offset its richness, making for a fitting conclusion to your meal.

While Greek food in Sydney’s CBD can conjure up images of cheap kebabs and oily meat boxes, 1821 strikes a sophisticated note. With intercontinental inspiration and a genuine love of Greece’s finer flavours, this is a restaurant that successfully balances homage to and reinvention of Mediterranean cuisine.

Indulge in a food fantasy with the top Michelin-starred cities in the world.