Enjoy a slice of downtown Manhattan at newly-opened Double Bay restaurant Mr G’s, where chef to the stars, Dave Little, is serving up some of Sydney’s best steaks. 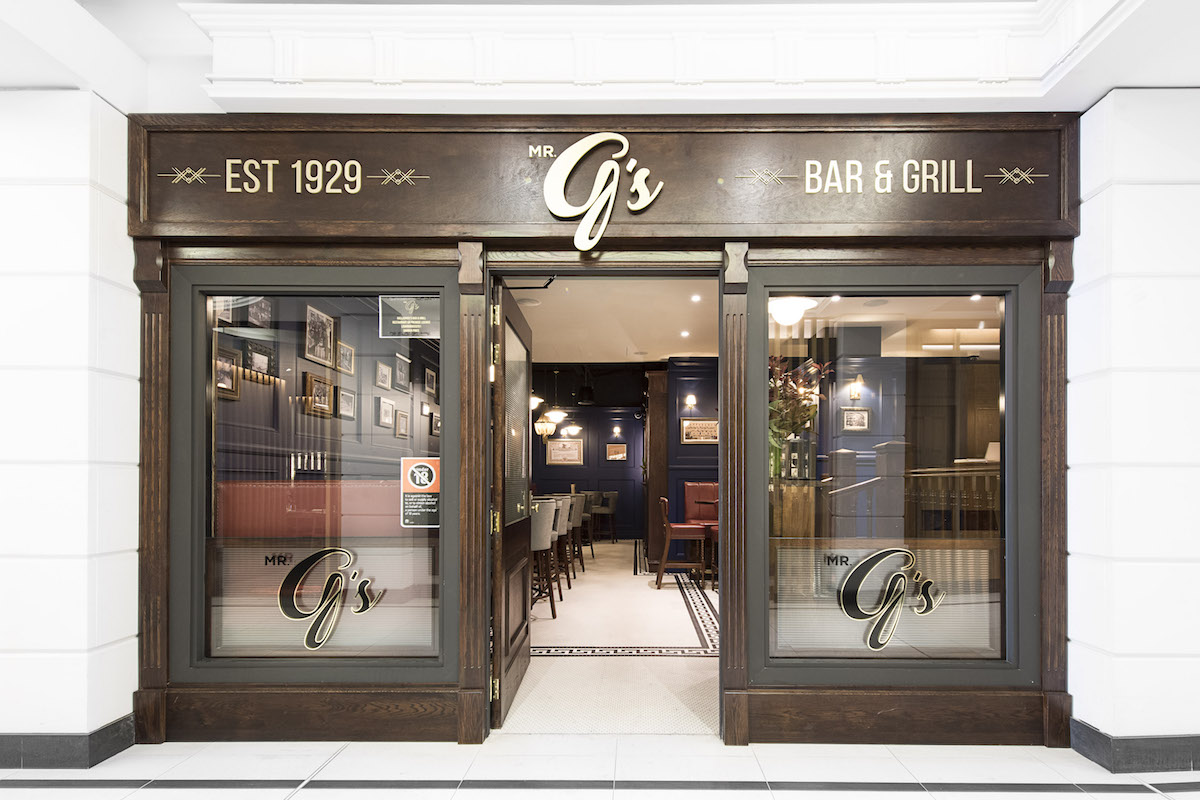 Apparently George Lucas is quite partial to the odd steak. And a juicy hamburger. But his favourite dish of all is an Alaskan King Crab Cocktail, according to Dave Little. Dave should know – not long out of culinary school, he landed the gig of a lifetime when he was hired as George’s private chef during the filming of Star Wars at Sydney’s Fox Studios. 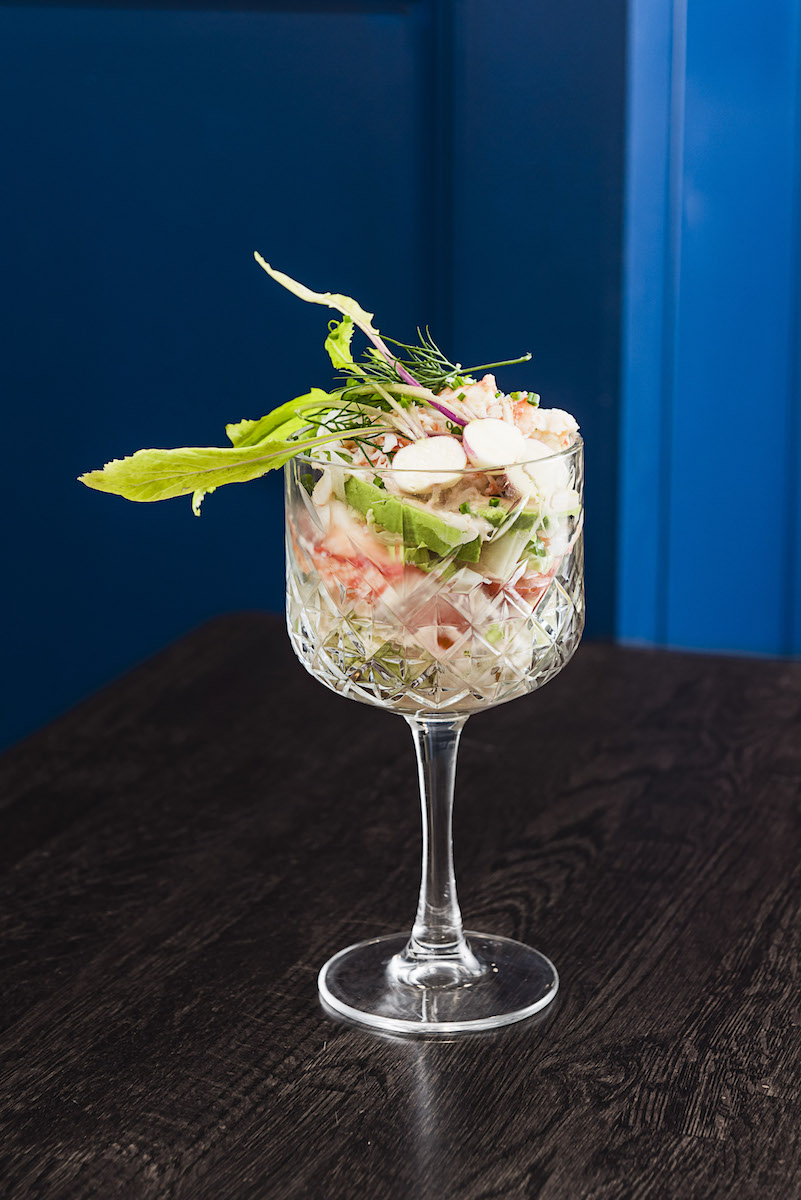 The Alaskan King Crab Cocktail, with the classic accompaniments of Marie Rose sauce, avocado and shredded iceberg lettuce, is one of the signature dishes on the menu at Mr G’s, where Dave is today the head chef.

Located on the ground floor of the InterContinental Sydney Double Bay, the recently opened restaurant is not to be confused with Merivale’s Asian-fusion hotspot Ms G’s down the road in Potts Point. Mr G’s is 100% American grill and a welcome addition to the trendy suburb’s dining scene.

The Alaskan King Crab Cocktail, with the classic accompaniments of Marie Rose sauce, avocado and shredded iceberg lettuce, is one of the signature dishes on the menu at Mr G’s, where Dave Little is the head chef.

But before you start thinking that the ‘G’ in Mr G’s stands for George, it doesn’t. The venue is owned and operated by one of Sydney’s most prolific hotel groups, Gallagher Hotels. The owners of the PJ Gallagher’s Irish pub chain as well as venues such as Jackson’s on George in the CBD, the name is a nod to Patrick Gallagher’s father and marks a foray into upscale Eastern Suburbs dining for the family.

As we arrive, we realise we’ve left a sunny Sydney Sunday afternoon at the door and stepped into downtown Manhattan instead.

There’s not a single sign for Guinness in sight, however. As we arrive, we realise we’ve left a sunny Sydney Sunday afternoon at the door and stepped into downtown Manhattan instead. Americana dots the walls, and we check out the black and white shots of the Big Apple skyline as we slide into one of the luxurious red leather and brass booths.

Browsing the menu, it’s clear that this Mr G is a man who has similar tastes to the American director’s, however. The Alaskan king crab makes another appearance further down the list of appetisers.

The star is the steak

Dave’s King Crab Sliders are made for sharing – three generous bite-size buns, which add the zest of lemon aioli and the crunch of cucumber and celery to the delicate crabmeat – and whet the appetite for what is to come. Because, while the menu offers a handful of fresh, flavoursome seafood and home-made pasta dishes, the star attraction here is undoubtedly the steak. 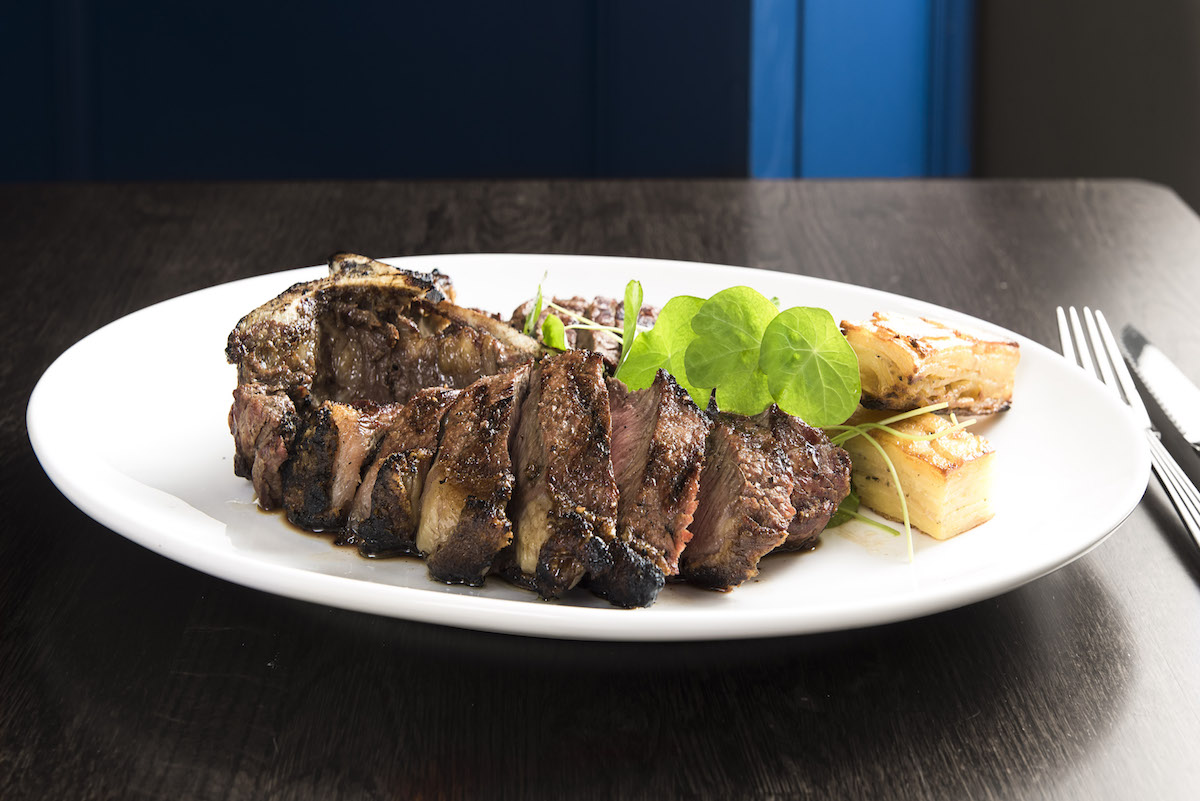 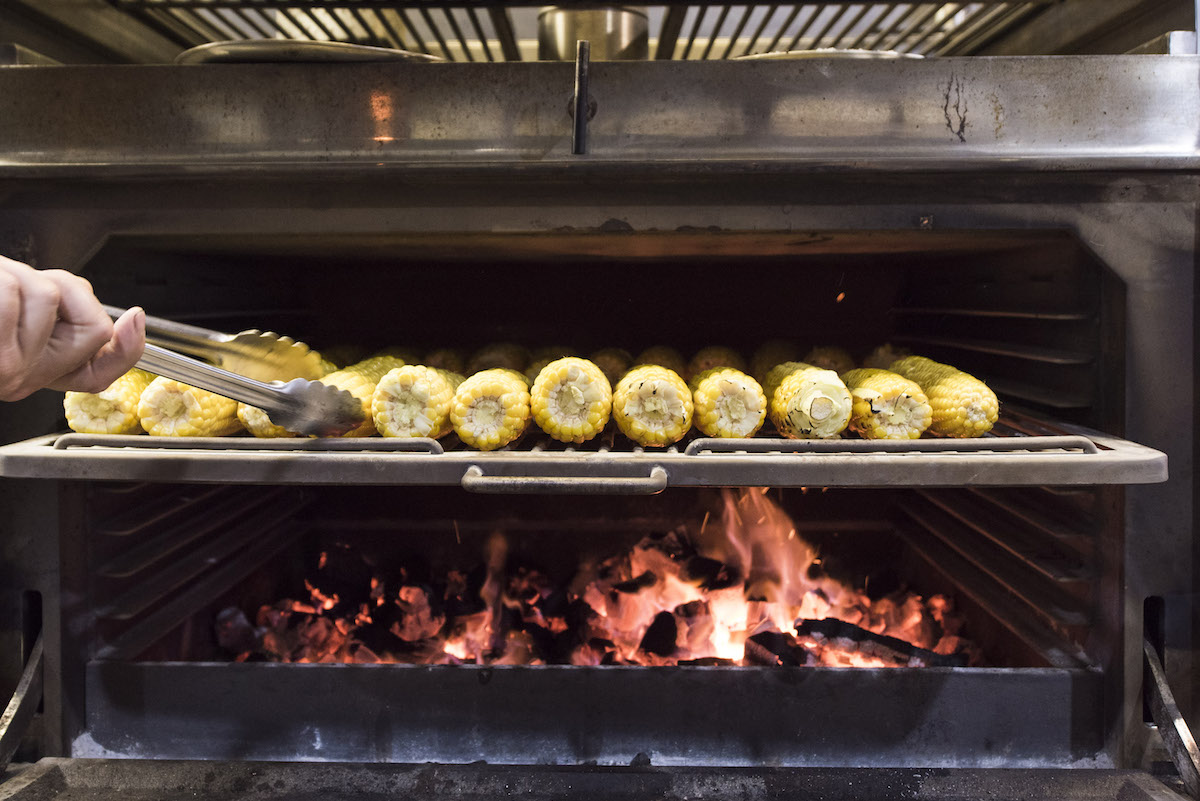 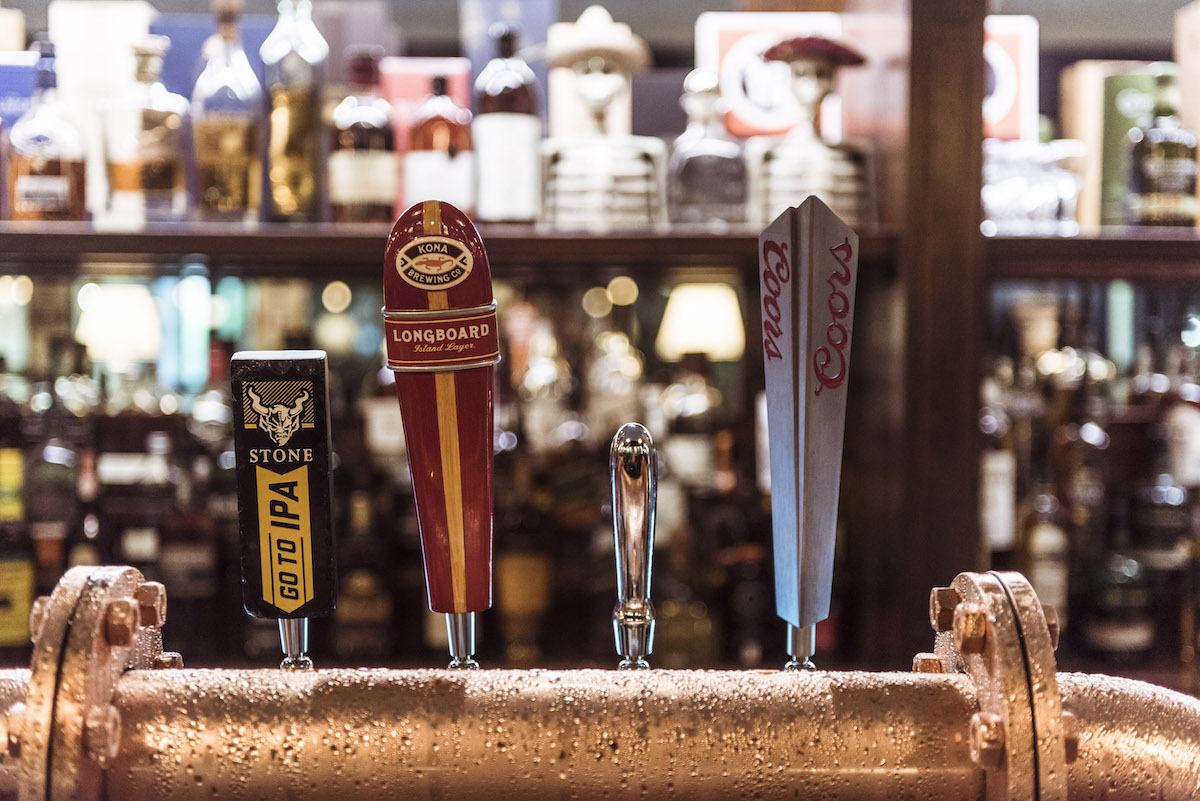 As he prepares our main courses, Dave explains from the open kitchen what makes his steaks special (and worth the price tag, starting at $38 for a 180g pasture fed Angus eye fillet from Cape Byron in NSW).

Not only are all the hormone-free meats sourced from Australia’s finest regions, but they are cooked to order using a rare MIBRASA. One of less than a dozen kitchens in the Southern Hemisphere to have invested in the Spanish grill, the charcoal-driven oven imparts a unique smoky flavour to each cut of steak, which is served with a tasty potato gratin.

The American influence continues to be felt across the side dishes – the corn is barbequed before being served creamy, Southern style, and the crunchy onion rings are battered in Coors Lager – and is also truly celebrated on the dessert list. The Key Lime Pie, NY Baked Cheesecake and American Fudge Brownie are all made in-house. 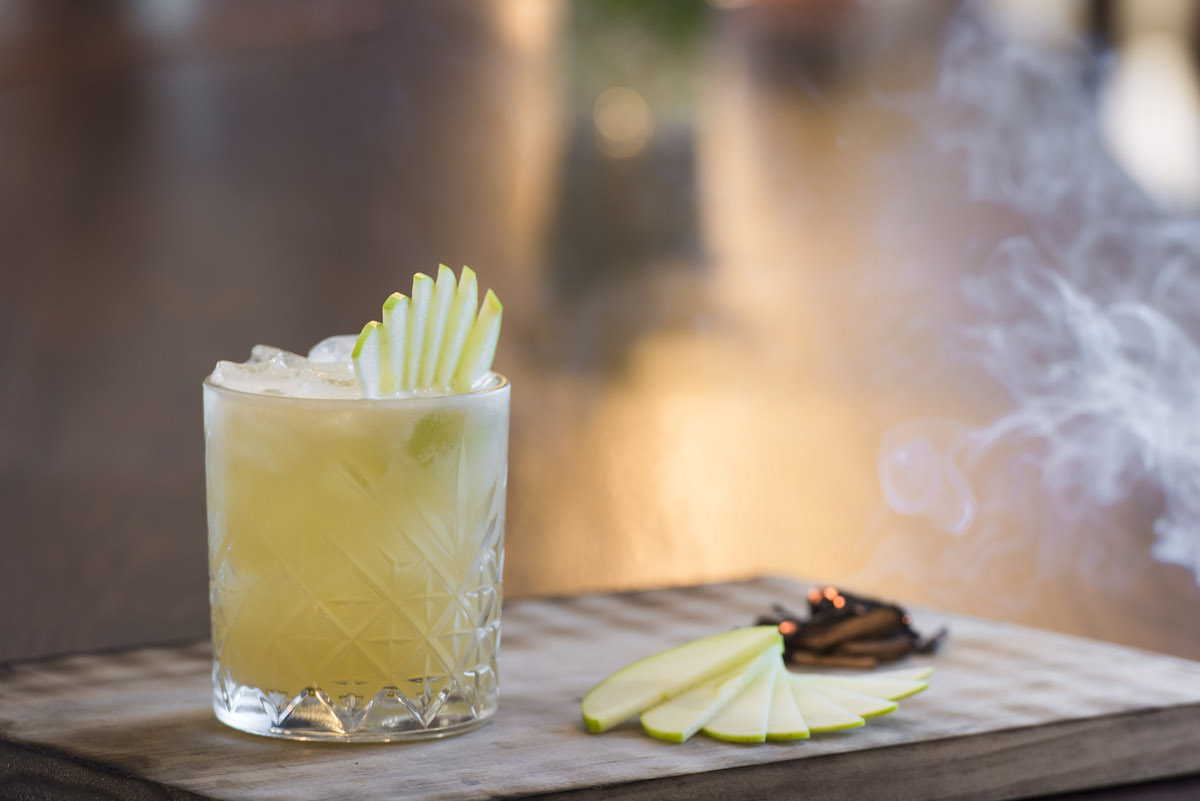 The extensive wine list includes an adventurous selection of rich, creamy chardonnays and fruit driven, full-bodied cabernet sauvignons, all from California, that make for an even better match to Dave’s surf-and-turf menu than the usual domestic favourites.

But, holding pride of place at the 14m-long wooden bar, behind the American-only selection of craft beers on tap, are over 100 bottles of whiskies and other rare spirits, which also serve as ingredients in the eclectic cocktail list.

Not only a new destination for dining, Mr G’s is set to become the place for a New York-style nightcap in downtown Double Bay.