Could the days of foggy memories and regrets be a thing of the past? 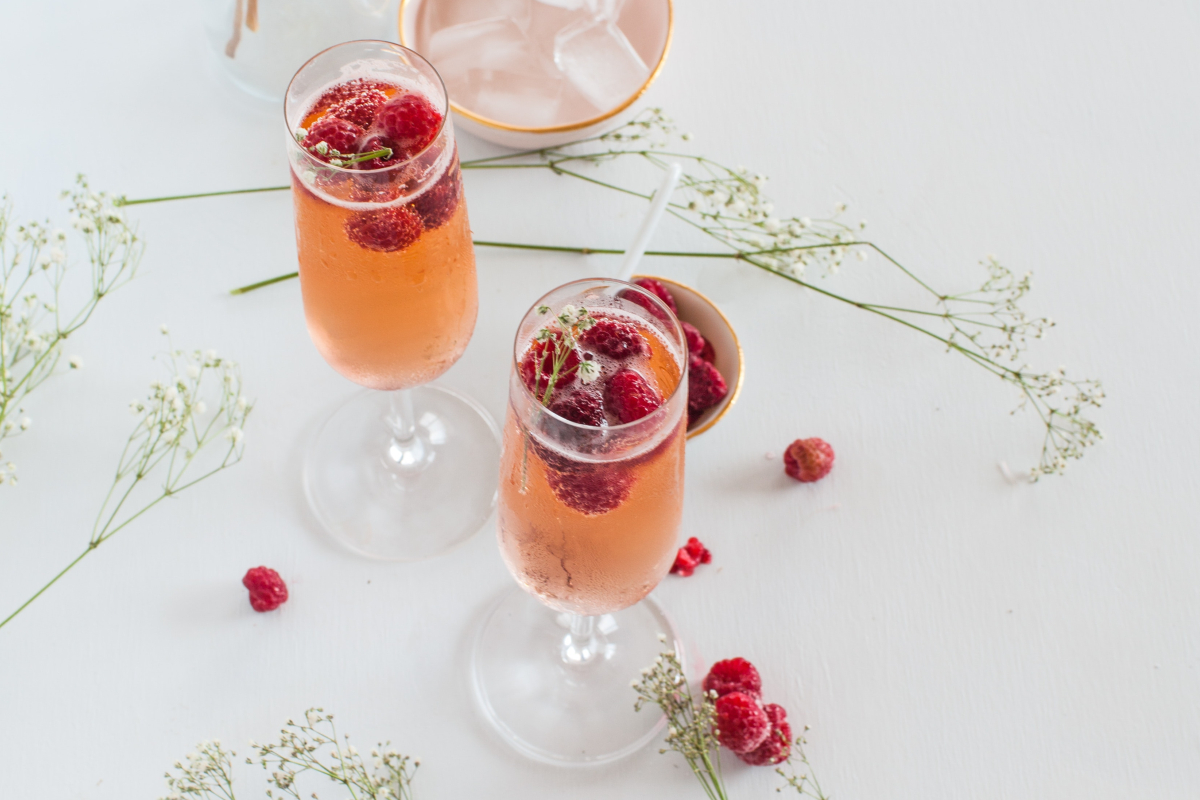 Imagine being able to drink a bottle of your favourite montepulciano or perhaps spend the night drinking G&Ts and still waking up feeling fresh and revitalised the next day. The magic of this is only possible with non alcoholic drinks.

And it’s a trend much of the world is jumping on. While many turned increasingly to their favourite tipple during COVID-19 lockdowns, others are now embracing healthier options.

Since global lockdowns started in early 2020, attention towards non alcoholic drinks has increased dramatically. Last year in the US alone, sales of alcohol-free beer grew by 44 per cent.

The momentum doesn’t seem to be slowing down anytime soon. It’s estimated that the non alcoholic drinks market will be worth US$1.44 trillion by 2025. That’s more than half the predicted size of the global alcohol market, which is estimated to hit US$2.2 trillion in the same time frame.

“The absence of giggle juice enables revellers to remain clear-headed, of good cheer and in fine fettle to pursue whatever tickles their fancy the following day.” – Lyre’s

Since 2015 alone, the booze-free sector has grown 506 per cent, according to Nielsen.

But what exactly are non alcoholic drinks? We’re not talking about sugar-laced soft drinks or the child-friendly supermarket apple ciders that have been around forever. Sober drinks embody the essence and taste of traditional spirits, wine and beers – simply sans alcohol.

Popular alcohol-free producer Lyre’s sums it up perfectly: “The absence of giggle juice enables revellers to remain clear-headed, of good cheer and in fine fettle to pursue whatever tickles their fancy the following day.”

Along with Western Europe and France, Australia is one of the biggest consumers of alcohol globally. Now, entrepreneurs like Sans Drinks Founder Irene Falcone are offering an alternative, something unique.

Sans Drinks is Australia’s first physical non alcoholic bottle shop. Everything from wine, beer and spirits are among Falcone’s low-alcohol portfolio, creating an efficient and abundant offering for those after a social weekend – without the foggy heads the next day.

“Mindful drinking is about having a healthy relationship with alcohol – it means that when you decide to have an alcoholic drink you stay present and in control of your drinking decisions rather than being swept away by the situation,” Falcone tells The CEO Magazine. “Mindful drinking is going for a drink after work and sticking to one or two alcoholic drinks rather than feeling pressured into an evening of binge drinking.”

For those wondering why people would opt for non alcoholic drinks, there are a number of health and wellbeing benefits to being ‘sober curious’.

“Over the last decade, we’ve become a lot more aware of what goes in and on our bodies,” Falcone explains. “We’ve taken the toxins out of our cosmetics, we’ve taken the artificial colours and flavours out of our diets, we’ve swapped our soft drinks for green smoothies – it was only a matter of time before we also cut back on the consumption of alcohol.

“A lot of my customers say that now they’ve discovered how good alc-free beer and wine is, they don’t see the point in alcohol anymore.”

Not to mention alcohol-free beverages are more affordable, generally lower in calories and are more inclusive in social settings.

From the US to Europe, here are some of the masters of mindful drinking.

7 of the finest non alcoholic drinks 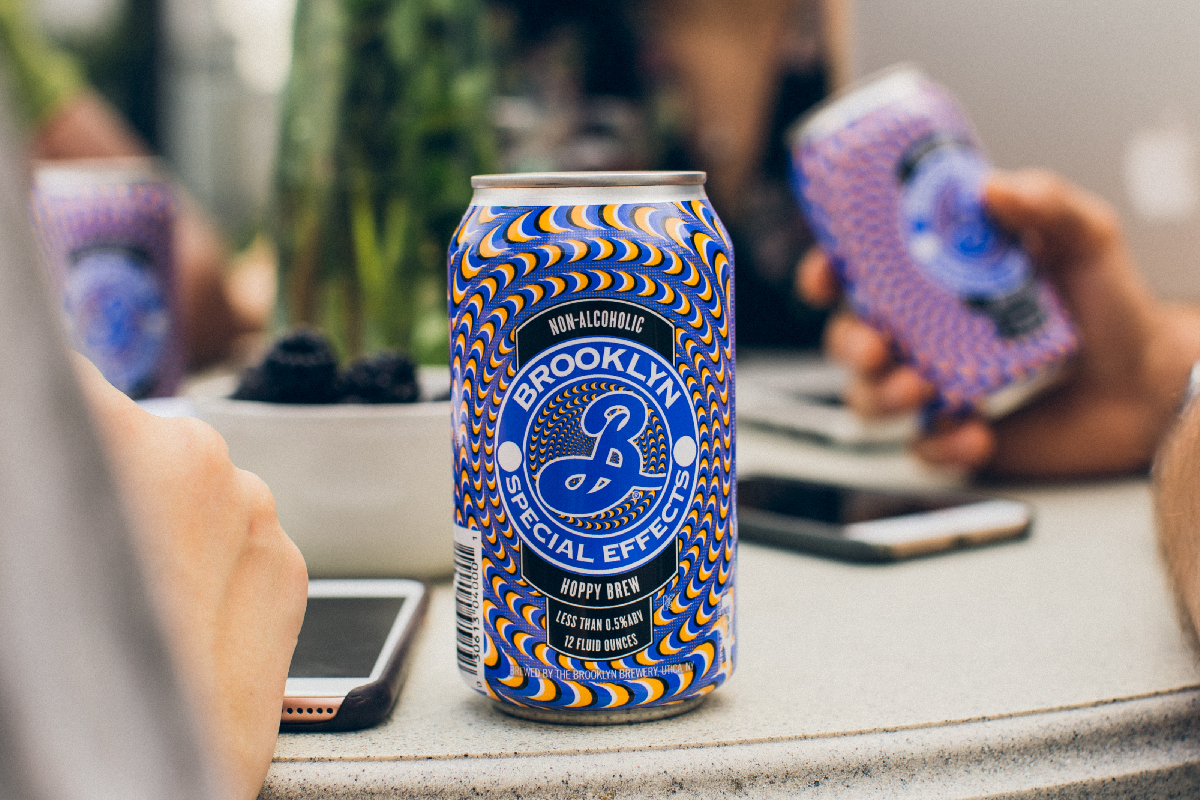 Simply established with a mission to change the way the world drinks, the alcohol-free spirits are a product of six weeks of maceration, distillation, filtration and blending.

Crafting its spirits to taste like the classics, Lyre’s has deconstructed the elements of tried and tested beverages to develop a distilled range of all-natural drinks.

From the gold medal awarded Amaretti, which boasts a nutty amaretto liqueur flavour, and the award-winning Italian Spritz, which captures the summery essence of an Italian bitters apéritif, to the new Old Cuban set featuring White Cane Spirit, there is an alcohol-free choice for every occasion.

Among its iconic line-up is the American Malt – a unique spirit embodying generous bursts of vanilla and toasted nuts, leaving a gentle spice on the palate. It’s a bestseller for a reason.

Lauded as a premium offering leading the way in a new category, the products are made in the UK, Australia and Canada.

The US brewmasters crafted a special fermentation method to develop flavours, aromas and quintessential beer characters, all without any alcohol.

With less than 0.5 per cent alcohol, the zesty notes of peeled grapefruit make for a thirst-quenching non beer that won’t leave you dusty the next morning.

For something a bit fruitier, Brooklyn Special Effects IPA brings a touch of hop aromas and bright citrus flavours to the palate.

Once a powerhouse of American beer production, the Brooklyn Brewery was built with the vision of returning the district back to its former glory. 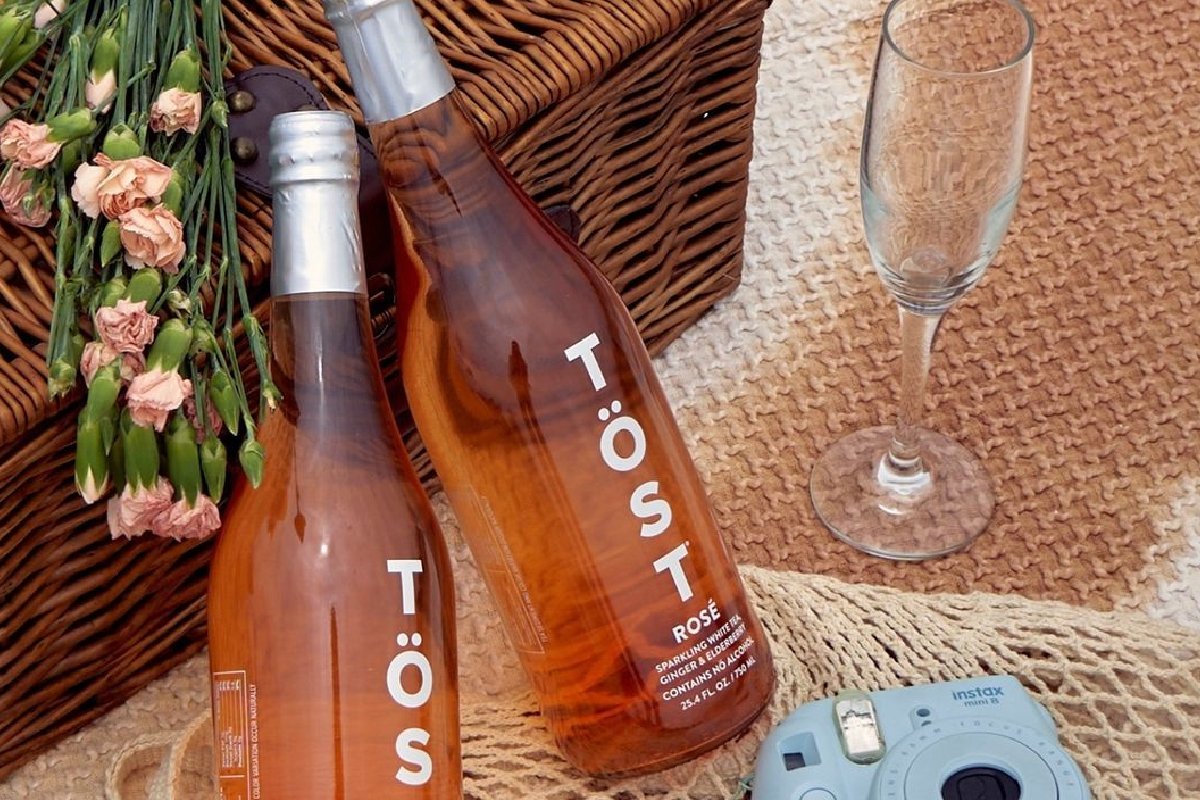 Natural ingredients come together to create refreshing drops of sparkling vino that can be enjoyed by anyone.

The US-founded company was launched to supply those looking for something more than sparkling water but without alcohol or excessive sugar – Töst drinks have less than one third of the sugar of soft drinks.

From Töst Rosé, bursting with hints of white tea, ginger and elderberry, to the original Töst, featuring white tea, white cranberry and ginger, there is a perfect offering for any celebration.

“Töst was created to be inclusive so that everyone can enjoy it together, whether at a casual lunch or at a Michelin star restaurant,” Brooks Addington, Töst Beverages CEO, told Deli Market News.

from US$27 (for three bottles) 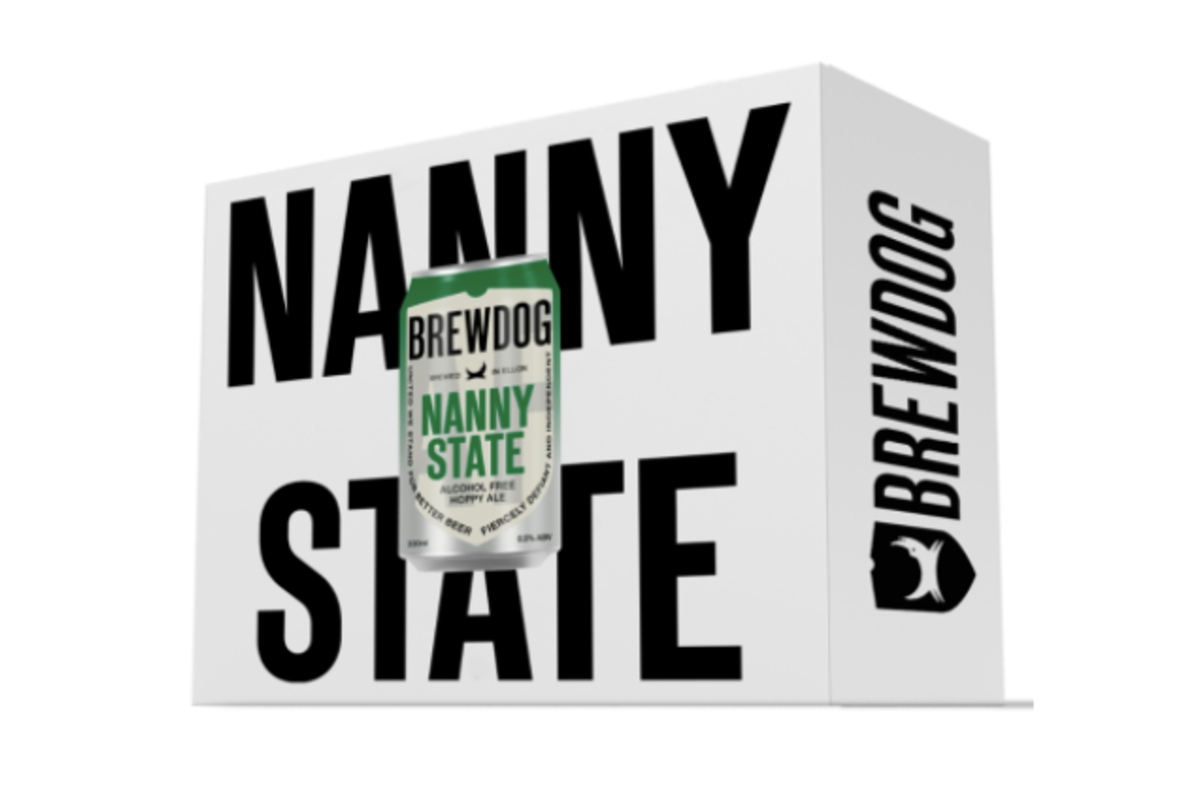 With BrewDog, it is possible to drink alcohol-free beer and save the planet.

Created with North American hops, the alcohol-free brew is made simply with water, malted barley, rye, wheat and yeast.

“Squeezing this many hops in, and the alcohol out, is a testament to our craft,” BrewDog states online.

Founded in 2007 by two mates, Martin Dickie and James Watt, the brewery came about when the business partners wanted to share their passion for craft beer with the world. Within just two years BrewDog became the fastest-growing alternative beer brand in the UK, became the top-selling IPA in Scandinavia, was named Scotland’s largest independent brewery, and exported its wares to Sweden, Japan and the US.

From brewing beer at the bottom of the ocean and dispensing beer from a modified deer’s head to opening the world’s first craft beer hotel – there’s not a lot BrewDog hasn’t done. 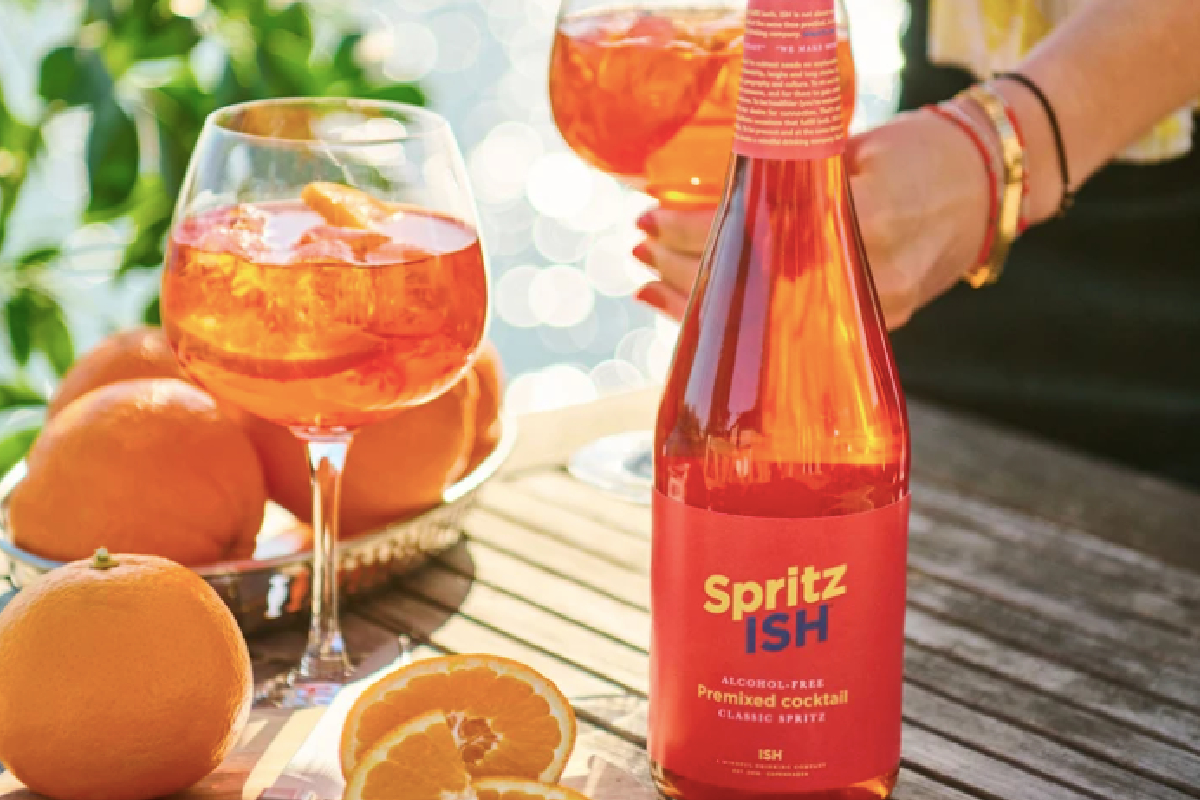 Morten Sørensen couldn’t imagine a world without daiquiris, so he created one where he could be productive every day – no matter how many fruity cocktails he drank.

Rum, gin, cocktails and wine are among the mindful drinking company’s offering, where it transforms iconic alcoholic drops into inclusive options.

One of its most award-winning and bestselling products is SpritzISH. Ideal for hot summer days, the crowd-pleaser features hints of quassia, cinnamon, gentian root, lemon, orange and tangerine. Not to mention it’s made from natural ingredients, is less than 0.2 per cent alcohol, low in sugar and calories.

And its accolades speak for themselves. The Copenhagen-founded venture, which ships to 17 countries, has been awarded nine medals at the 2021 Bartenders’ Brand Awards alone.

“ISH is not about what it’s not. It’s about what it is. A choice to be social but also sensible. To be present and at the same time practical,” the website states.

ArKay has been spearheading the way for the world to follow since 2007.

Founder Reynald Vito Grattagliano began his commercial journey in 2011 when he manufactured a non alcoholic whisky.

With no sugar, allergens, sweeteners or alcohol, Grattagliano and his wife, Sylvie, launched the spirit alternative that delivers an abundance of flavour just like the original.

The US-founded company is known for its Bourbon Alternative, Tequila Alternative and Vodka Alternative – which was named a number one bestseller on Amazon in the Gourmet Food Vodka category in 2021.

And it’s been a lucrative family adventure. ArKay reportedly recorded US$300 million in revenue in 2018, with plans on being a billion-dollar company by 2021, The Spirits Business reported.