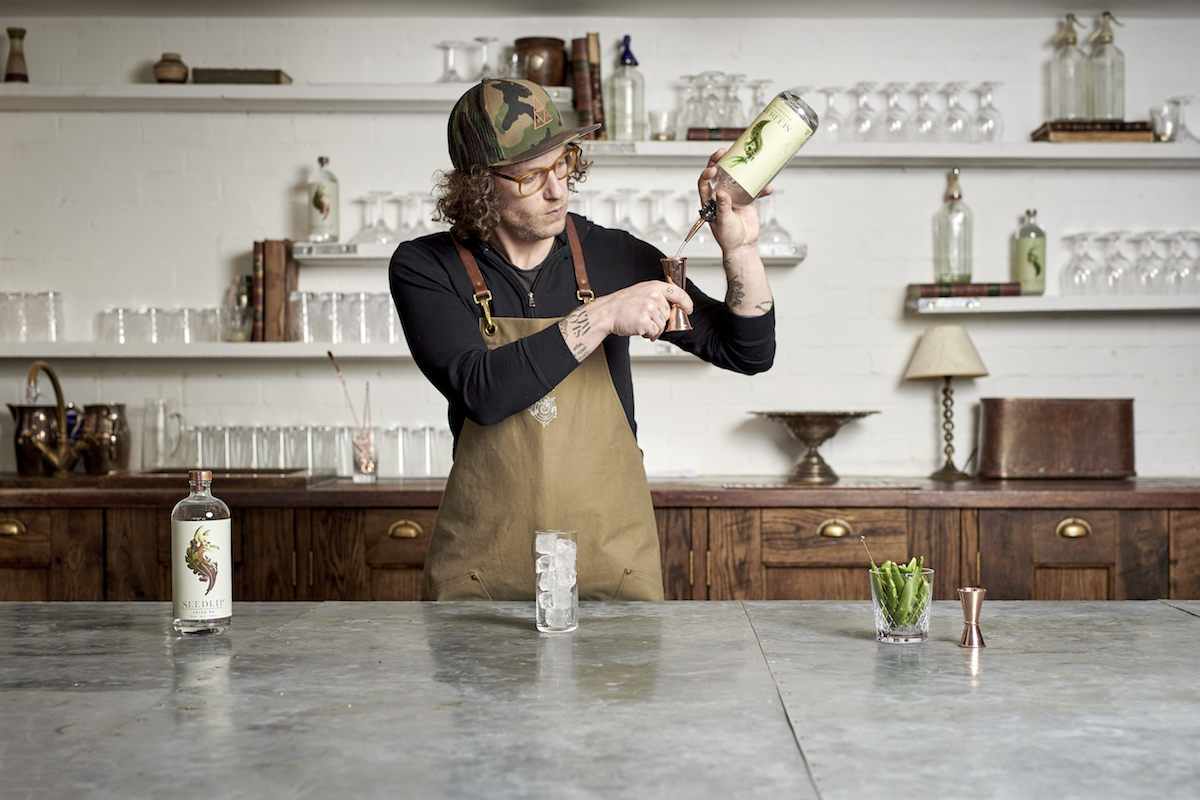 A combination of preserving the family’s 300-year-old legacy of working with the land, love of old books and natural history inspired Ben Branson to work with the natural world and change the way society drinks. “Back in 2013, while researching interesting herbs I could grow at home, I came across a book written in 1651 called The Art of Distillation that documented distilled herbal remedies – both alcoholic and non-alcoholic,” explains Ben. “Out of curiosity, I bought a copper still and began experimenting in my kitchen.” This marked the beginning of what would be known as Seedlip.

In just three years, since it debuted its first batch in 2015, the business has created a new category for itself. It is now stocked in more than 25 cities, including Berlin and Sydney. 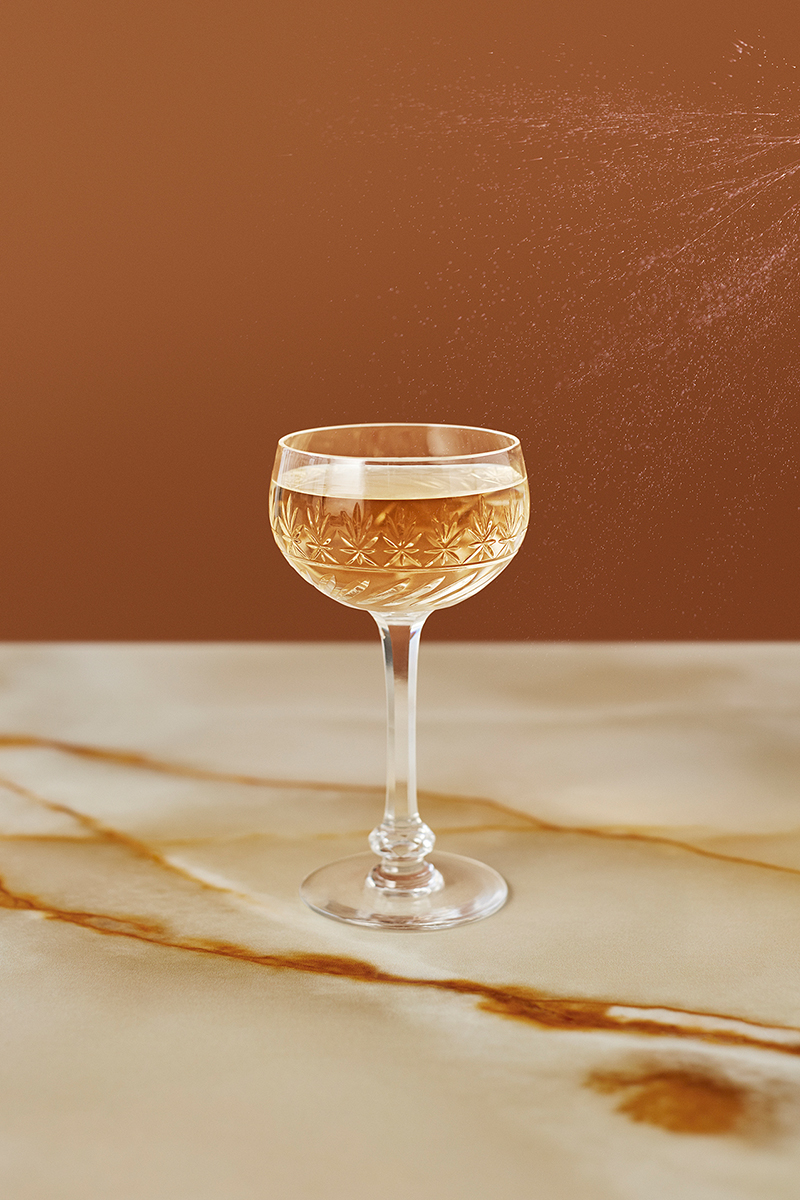 Ben’s mother’s side had been farming for over 300 years, and his father has been in the design industry for the past 40 years – an industry Ben also joined. Before opening his own design agency, Ben worked for several brand design agencies and clients including Nike, Unilever and Absolut Vodka as well as small startups. “I am the output of my parents with an obsession and love for the natural world and a career in design,” he notes.

While dining out at a restaurant in London, Ben noticed a gap in the market. He asked for a non-alcoholic beverage to have with dinner and was served a pink, fruity, sweet, childish mocktail. “I felt like an idiot, it didn’t go with the food, and it wasn’t a great experience,” he relays.

“I am the output of my parents with an obsession and love for the natural world and a career in design.” – Ben Branson

“The dots began to join, and I spent the next two years working with my still, my mother on the ingredients and my father on the design,” Ben explains. “We slowly began to believe that maybe we could solve the ‘what to drink when you’re not drinking dilemma’ with a different approach to non-alcoholic drinks.”

It took two years to launch Seedlip Spice 94 featuring a blend of allspice, berries, cardamom, oak, cascarilla bark, grapefruit and lemon peel. In November 2015, Ben hand-bottled the first 1000 bottles without any idea of what would come next.

“They sold out at the iconic luxury store Selfridges in just three weeks,” he says. “The next batch sold out in under three days, and the third, 1000 in less than an hour online. It was madness as I was on my own and struggling to keep up.”

Seedlip’s tagline is ‘What to drink when you’re not drinking’, aimed at designated drivers, teetotallers, pregnant and breastfeeding women, mindful drinkers and fitness lovers. Ben explains that the business identified two main target groups: consumers drinking at home or via bartenders in bars and restaurants. “We quickly built up distribution in amazing accounts including David Jones, Dan Murphy’s, Fred’s, Totti’s and Maybe Sammy,” he comments. 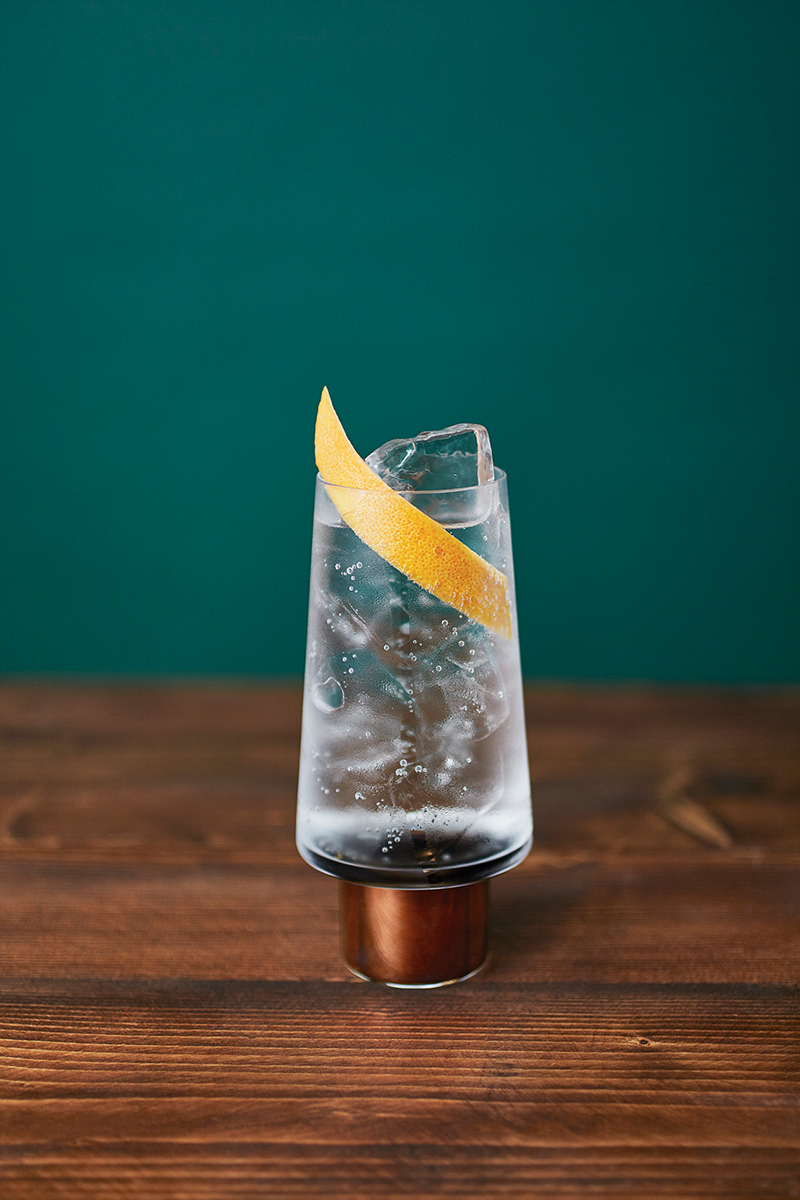 “The UK, where we were born and launched first, has been the market leader,” says Ben. “But the US, Australia and NZ are fast catching up. Globally, we see the trend towards reduced alcohol consumption.”

Although the move towards a growing acceptance that better non-alcoholic options need to be considered and offered, it is still very much the early days. “Globally, we are at the beginning of a paradigm shift in the role drinks play in people’s lives with several bigger cultural forces at work. This means the timing and need for quality adult non-alcoholic options has never been more relevant.”

People are also becoming increasingly mindful of their health, the origins of their food and drink, and the influence social-media-led lives have on consumption. Ben says these societal shifts impact whether we want to drink alcohol or not and are resulting in us drinking less and better; favouring more meaningful experiences over functional “let’s go out drinking” evenings. “This is forcing a recalibration of our relationship with alcohol,” he adds.

Seedlip has three products now in the range, all as a result of six-week maceration, distillation, filtration and blending process. The beverages have no sugar, sweetener or artificial ingredients.

The company launched with Seedlip Spice 94, an aromatic and woody drink with a warm spice and citrus character that continues to be the top seller. Ben adds that a favourite among bartenders for its complex flavour profile is Seedlip Garden 108. “It’s bright and fresh using English peas from my farm, floral herbs like rosemary and thyme, and peppery undertones from the hops we use.”

“We are still just scratching the surface of the non-alcoholic category’s potential.” – Ben Branson

Newest in the range is Seedlip Grove 42, which is zesty with three kinds of orange and a fragrant character from lemongrass, ginger and Japanese Sansho peppercorns. “Citrus is such a consumer favourite, and so Seedlip Grove 42 has quickly risen to sell almost as much as Seedlip Spice 94,” he explains. 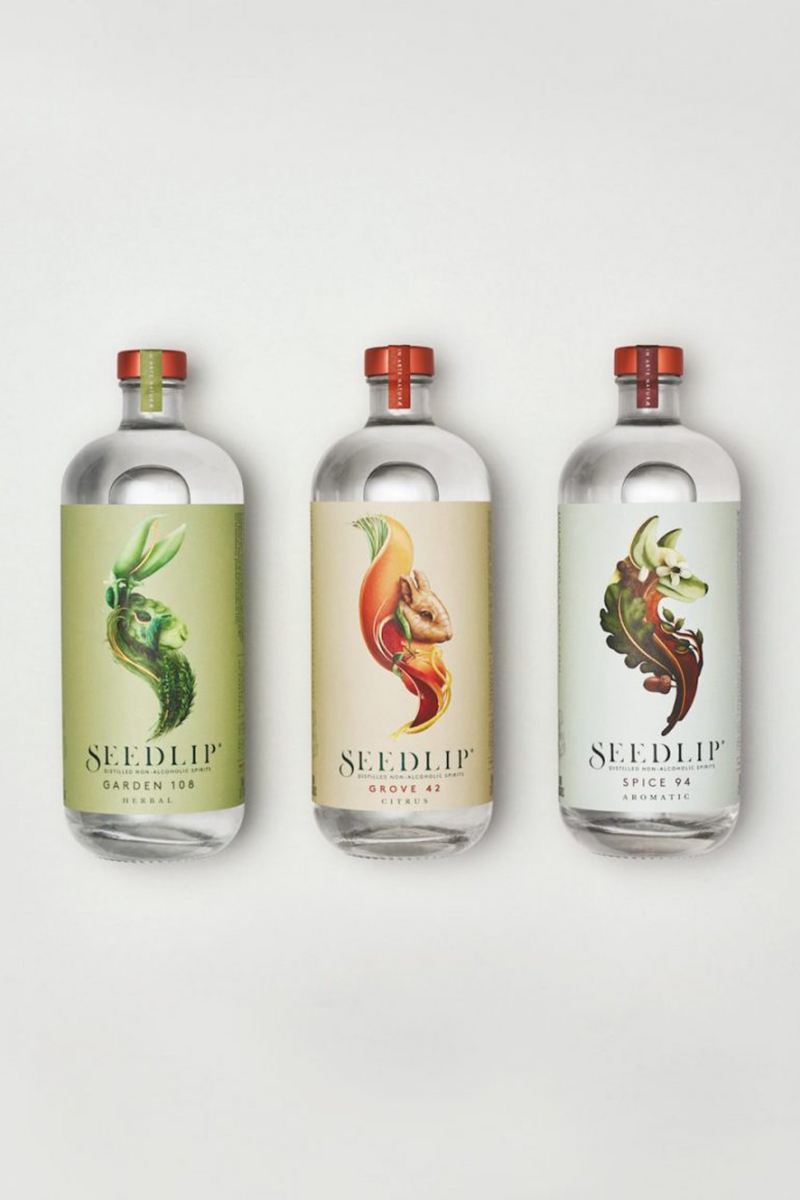 Seedlip intends to continue leading and expanding the non-alcoholic category. It has recently launched its new sister brand called Æcorn Aperitifs and a ready-to-drink Seedlip in the UK with plans for global distribution.

“We are still just scratching the surface of the non-alcoholic category’s potential,” Ben says. “Æcorn Aperitifs will take us another step closer to our aim of changing the way the world drinks by offering more choice for those who wish not to drink. We are also building an apothecary laboratory and experimental plant nursery on my farm, which will be run by our Head of Horticulture, Tom Harfleet.”

“We slowly began to believe that maybe we could solve the ‘what to drink when you’re not drinking dilemma’ with a different approach to non-alcoholic drinks.” – Ben Branson

When Ben created Seedlip, he also created a daring mission – to change the way the world drinks. “Myself and my team all deeply believe in this purpose, and that is our constant north star,” he says. “When we get off track, which can be easy to do when there’s so much opportunity, we realign to this mission.”

Ben also notes that at Seedlip, people come first. “I’m a big proponent for giving my team time in nature, to rest and recharge. So, twice per year, we have a week-long company shut down, to give people the space to disconnect.”