A city of many name changes, St Petersburg is a place of bloodshed and beauty, steeped in history and change. Often seen as the cultural capital of Russia, the imperial city offers travellers a glimpse into the past, with an array of fine dining, grandiose architecture and specialty coffee to be found within its cobbled streets and canal-side passageways. The Russian Romantic poet Aleksandr Pushkin described the imperial city as a “northern prodigy” that put “ancient Moscow in the shade”. For many years, St Petersburg has been a muse for writers such as Dostoyevsky, Chekhov and Mandelstam.

Once serving as the capital of Russian Tsardom in 1713–1918, St Petersburg lost its status after the October Revolution. But while walking along the cobbled streets and narrow passageways beside the canals, the city’s grandeur status is evident across its architecture, metro and people.

Although European influence and modern culture is seeping through, St Petersburg has held on firmly to preserve the past.

Church of the Savior on the Spilled Blood

The Church of the Savior on the Spilled Blood was built on the site where Emperor Alexander II was severely wounded and died in March 1881. Construction took over 24 years from 1883 until 1907 and was funded by the imperial family.

In the aftermath of the Russian Revolution, it was vandalised and looted, damaging its interior. During World War II, the church was used as a temporary morgue for those who died through combat, starvation and illness.

After the war, it was used as a warehouse for vegetables, leading to the nickname ‘Saviour on Potatoes’. 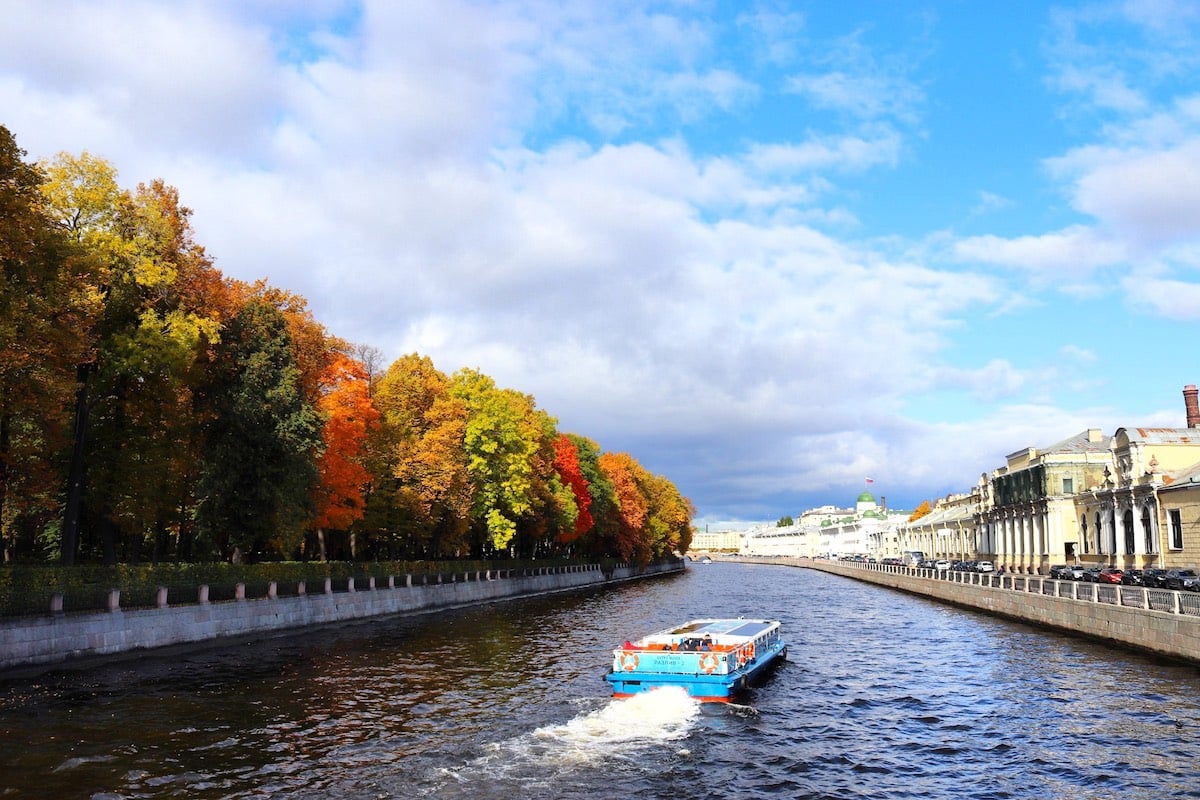 The Winter Palace is a former imperial palace and is now part of the Main Museum Complex of the Hermitage. For 150 years, the palace served as an imperial residence.

In November 1917, after the October Revolution, it was declared a museum. The exhibition housed by the palace includes grand halls and chambers, collections of the antiquities of Eurasia and the East, as well as collections of European and Eastern paintings, sculptures and decorative artworks.

The St Petersburg metro stations are split into three categories. One is the glory days of the Soviet Union, so the metros are heavily decorated. Another resembles the 1970s and the fall of the USSR as an economic power, therefore with much simpler artwork. Lastly, the newly built metro stations commemorate the past, such as Dostoyevskaya metro station, which opened in May 2010 in celebration of its 75th birthday. Travellers will find a black and white feature wall depicting Fyodor Dostoyevsky and characters from his novels The Idiot, Crime and Punishment and The Brothers Karamazov.

EM opened its doors six years ago. Arsenii Maerenkov from EM says all interior elements are of historical value and have been preserved and restored. The restaurant operates five days a week, only for dinner and only with a set menu. There is no obvious signage and guests must ring the bell at the entrance before being allowed inside.

The kitchen is managed by Olesya Drobot, whose main philosophy is to work with seasonal produce. During the year, Olesya launches five to six radically different set menus, never to be repeated. “The emphasis is on the local product, including hand-picked ingredients from surrounding forests,” says Arsenii. “Various wild herbs, berries and mushrooms can significantly expand the taste palette.”

Olesya also works with local farms, which makes it possible to find rare products of quality. Arsenii confirms that “everything that can be done with your own hands is done at the restaurant”. This includes bread, butter, vinegar, cheeses (mozzarella, stracciatella, young curd and camembert).

Adhering to ‘zero waste’ and ‘nose-to-tail’ principles, Olesya tries to use all parts of the product to reveal its taste uniquely through the use of various textures; think ice cream from beet tops and cucumber peel powder. 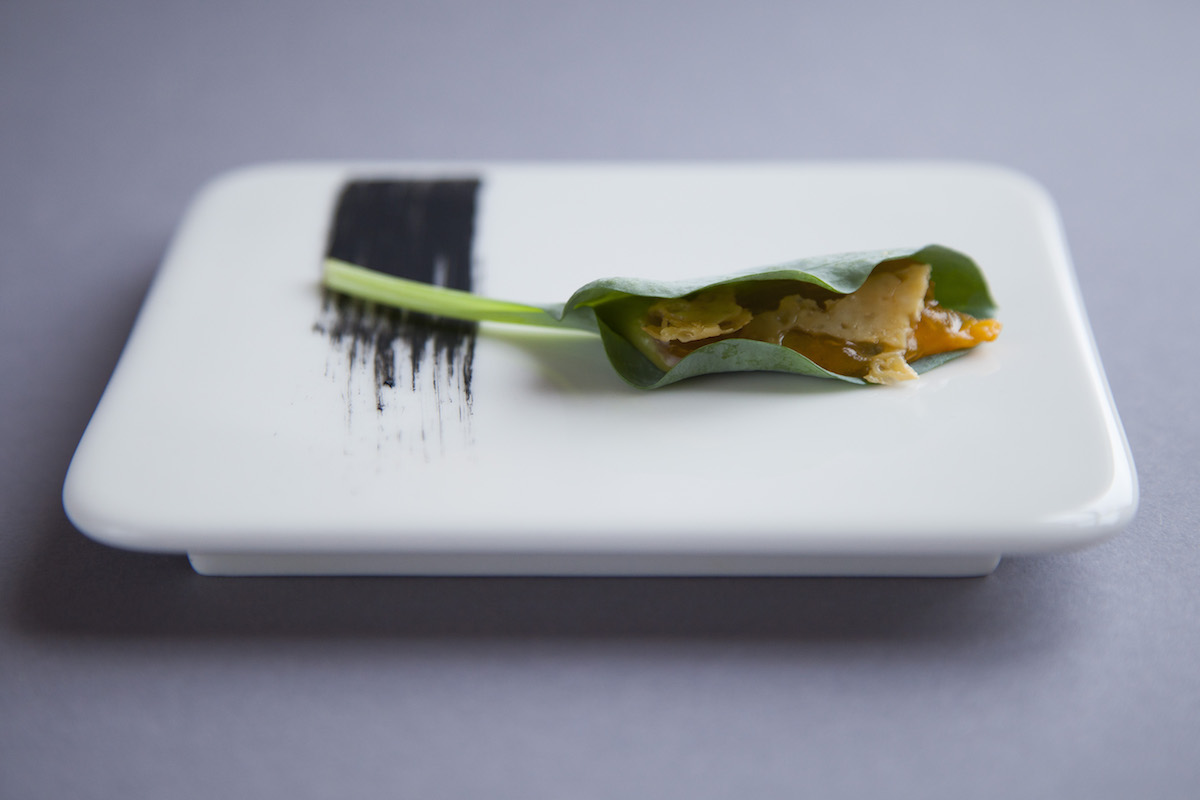 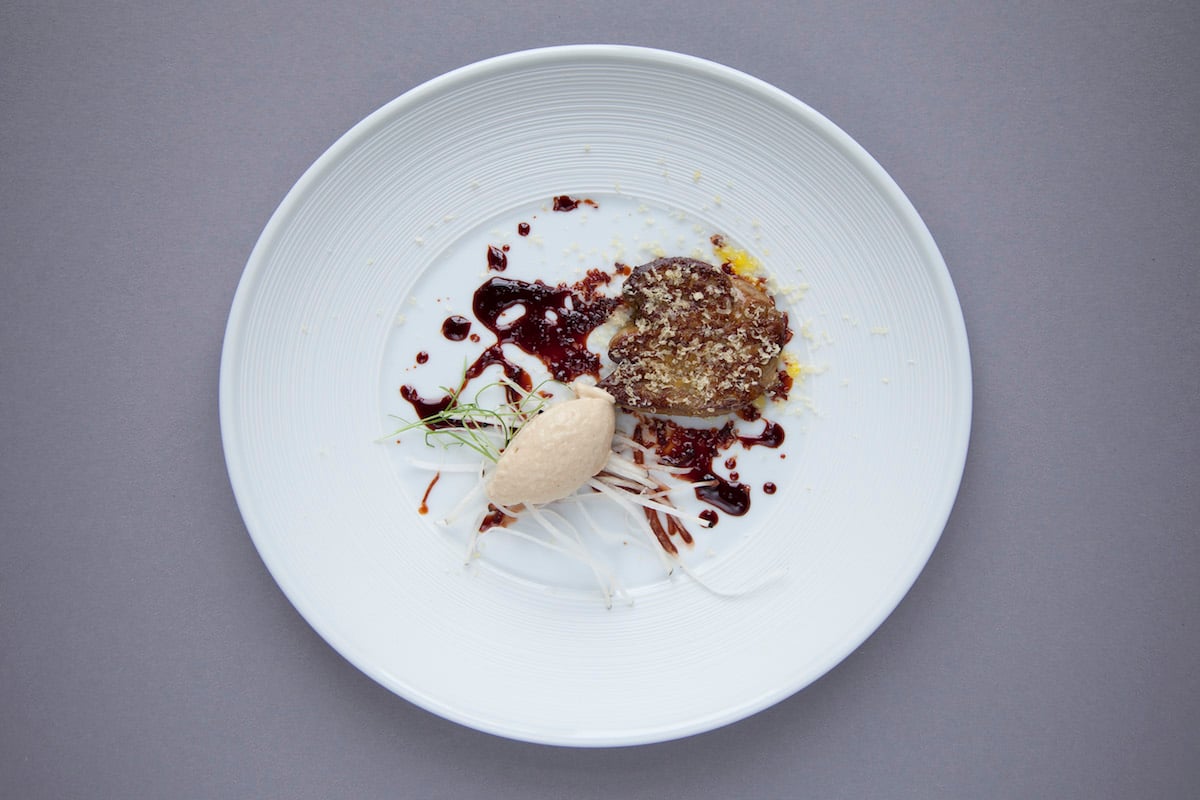 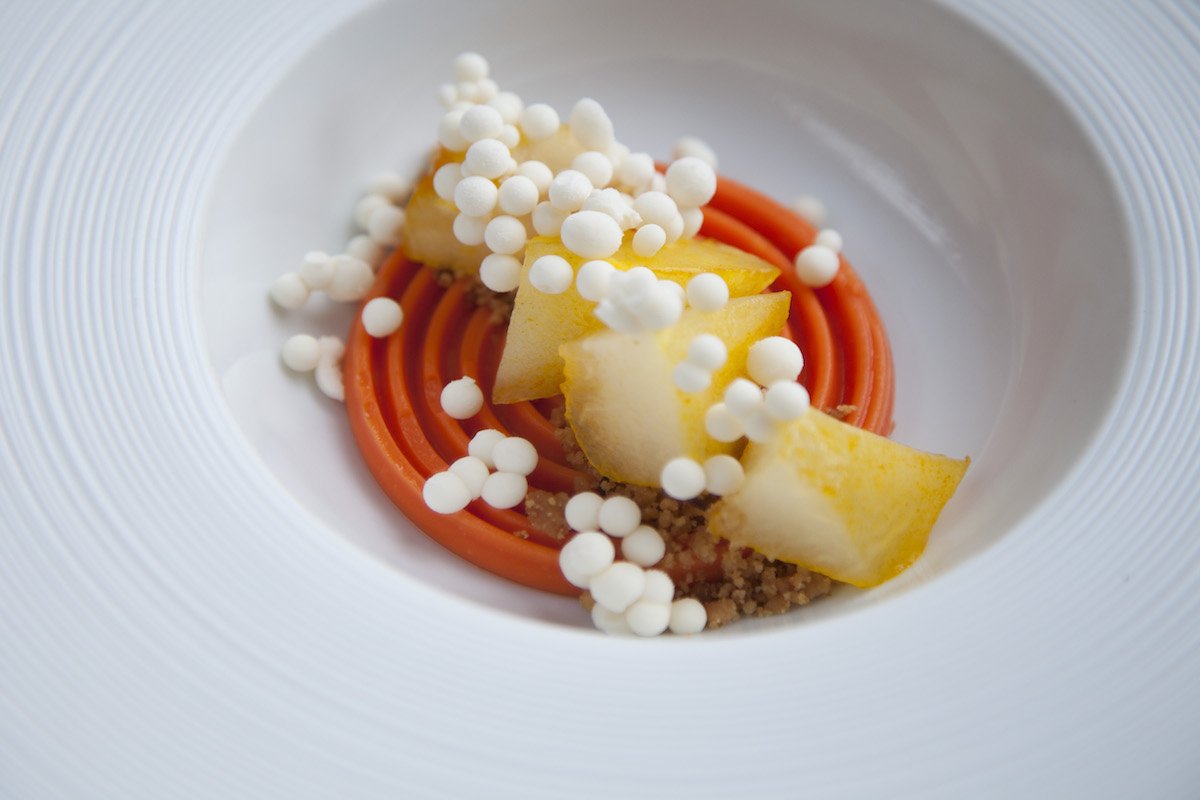 Arsenii says that in the past three to five years, there has been a boom in St Petersburg’s culinary scene.

“An important factor is also the food embargo … which made us look towards the local product. Strongly developing farming, new knowledge and working with local products served as a catalyst for the formation of modern Russian cuisine,” he says.

“Until recently, nothing was known about Russian chefs, and now there are four restaurants from Russia in the top 120 World’s Best Restaurants.”

Located in a historic building built in 1844 is Espresso Bike, a coffee house and eatery whose story began in November 2012. Founder Dmitriy Pavlenko started Espresso Bike as a stall selling coffee from the back of a bike in front of a shopping mall. The venture quickly grew into an underground cafe in the heart of St Petersburg. 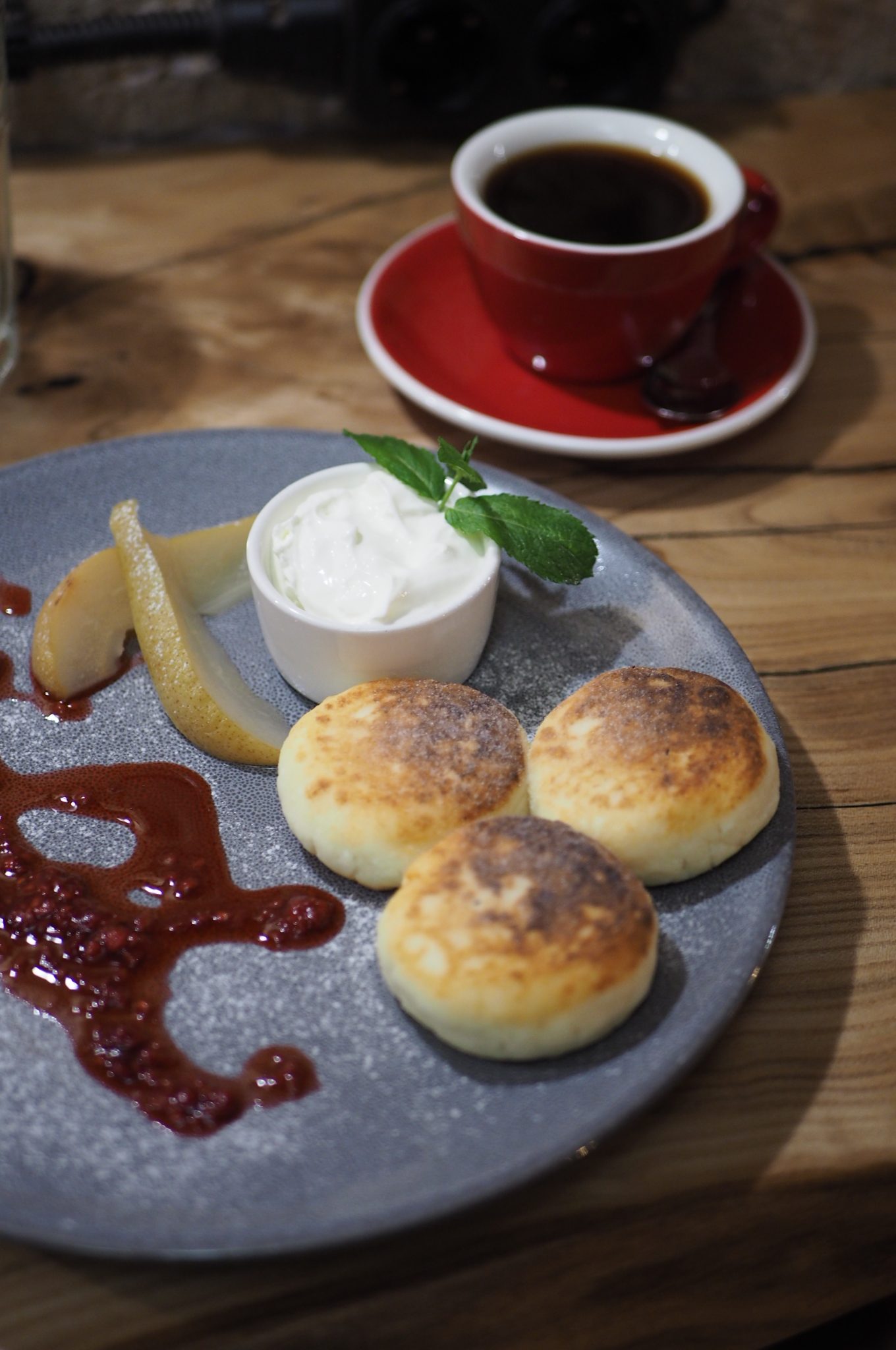 “I like working with coffee. I enjoy discovering something new, hosting guests at the coffee shop and creating a welcoming atmosphere,” says Dmitriy.

“We make coffee for ourselves by renting a roaster,” he says. “Cappuccino is in great demand at our coffee house, followed by a filter and espresso.”

Described as the “first ever restaurant of Russian cuisine in St Petersburg”, Palkin has retained its original name and location since 1785.

This institution boasts an illustrious history of patrons such as Dostoevsky, Chekhov, Tchaikovsky, among other famous Russians. The chefs serve a mixture of French cuisine with traditional Russian cooking; a preservation of cuisine that once delighted the top society of imperial St Petersburg. Dining here will equal a brush with Russian aristocracy and a meeting with history.

The building alone is worth seeing; multiple halls and spaces including a fireplace hall, chess hall and bar have all been restored under expert guidance of the Hermitage Museum.

Located on the Moika River, Kempinski Hotel Moika 22 St Petersburg is an aristocratic mansion built in 1853. The hotel features 200 rooms and suites, five restaurants and bars, and event spaces.

Sitting within the walls of a 19th-century royal palace in the Admiralteysky district is The Four Seasons Lion Palace. The luxury hotel offers fine dining experiences, caviar and vodka tastings, and a skylit indoor vitality pool located on Luceo Spa’s top level. 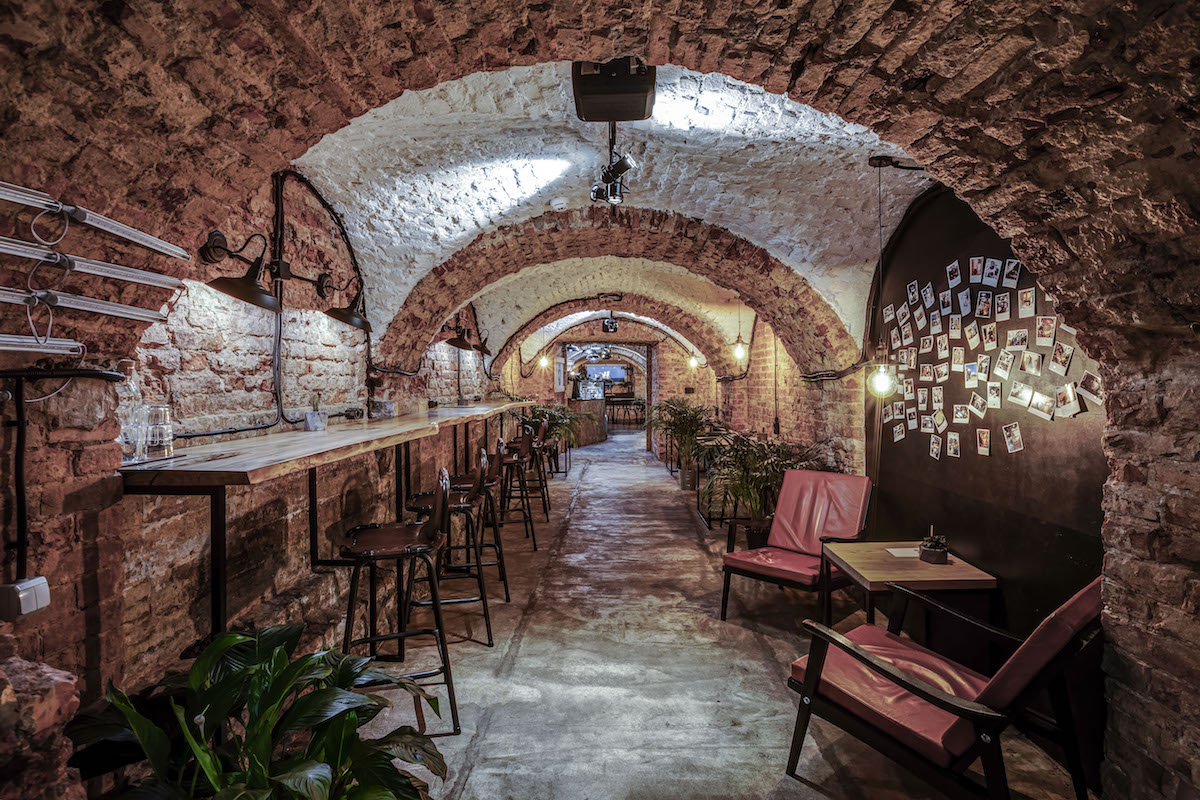 The State Hermitage Museum Official Hotel is situated about 15 minutes’ walking distance from the Nevsky Prospect and a 30-minute walk from sights such as St Isaac’s Cathedral, the Mariinsky Theatre and the Russian Museum. Guests have three dining options to choose from: Catherine the Great, Michelangelo Restaurant and The Lobby Bar.

Read next: Your ultimate guide to experiencing the very best of Singapore