Your ultimate guide to experiencing the very best of Singapore

Singapore is a beautiful, clean, friendly and bizarre little country, with so much culture to discover; and yet most of us just touch down for a few hours in transit between planes. Why not change that? 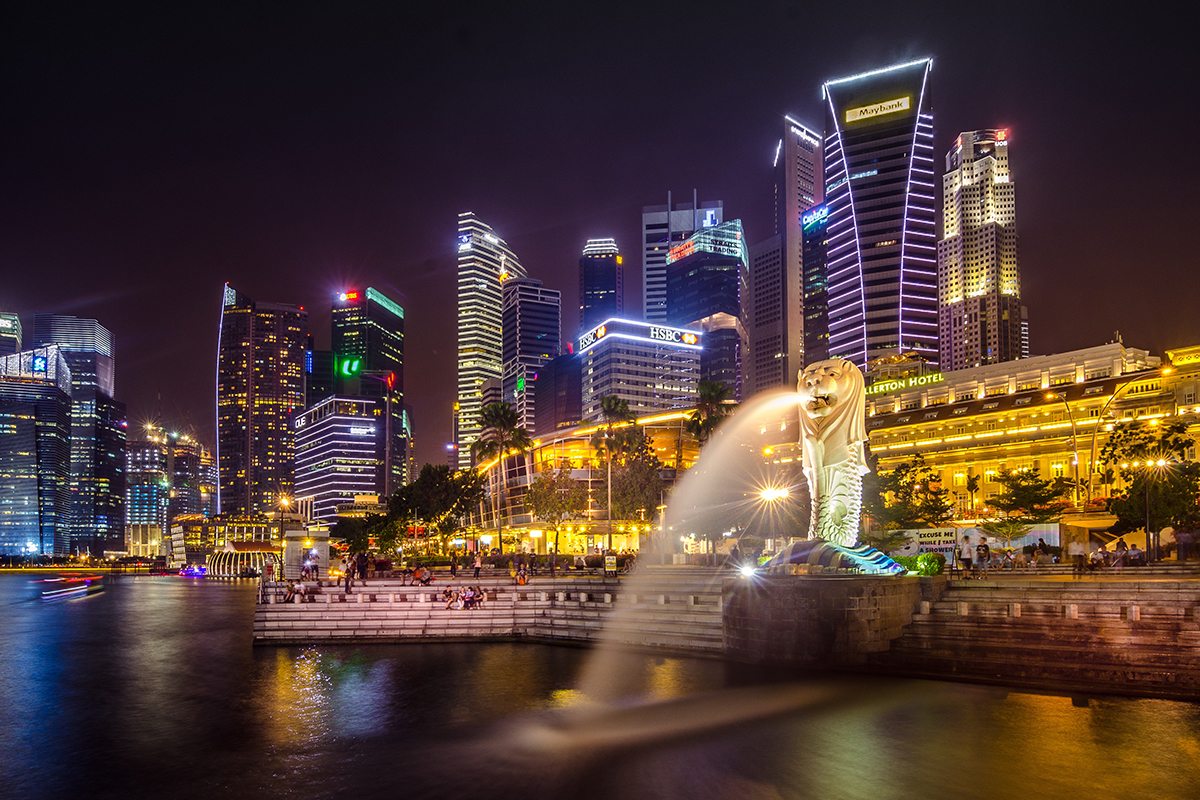 I’ve been to Singapore about 53 times. And on one of those trips I actually left the airport.

Isn’t that true for most of us on our holidays or business trips?

In fact, I’ve actually stayed twice now. The first time was for around 36 hours about 20 years ago, when I managed to cram in Raffles, Sentosa Island and Orchard Road shops with a toddler in tow. I guess I felt I’d covered everything.

More recently, I stayed for 10 days in a residential area of the country and got to live like a normal Singaporean. Eating at the cheap hawker centre nearby, dealing with a steady, humid 32°C day and night, and leaving the front door unlocked at all times. Seeing a different side of the city/island/country/all-of-the-above, and falling in love with the place.

With a little planning, you too could add a new dimension to your business trip and disappear into a whole different world.

If you have deep pockets, stay the night at the Marina Bay Sands hotel. At US$8 billion, it’s the most expensively built resort in the world, but with 2,500 rooms you can stay for about A$500. The rooftop pool is like nothing you’ve seen, and so go for a selfie if you can’t afford a stay. Yes, it’s touristy, but it’s one that’s definitely worth a visit. 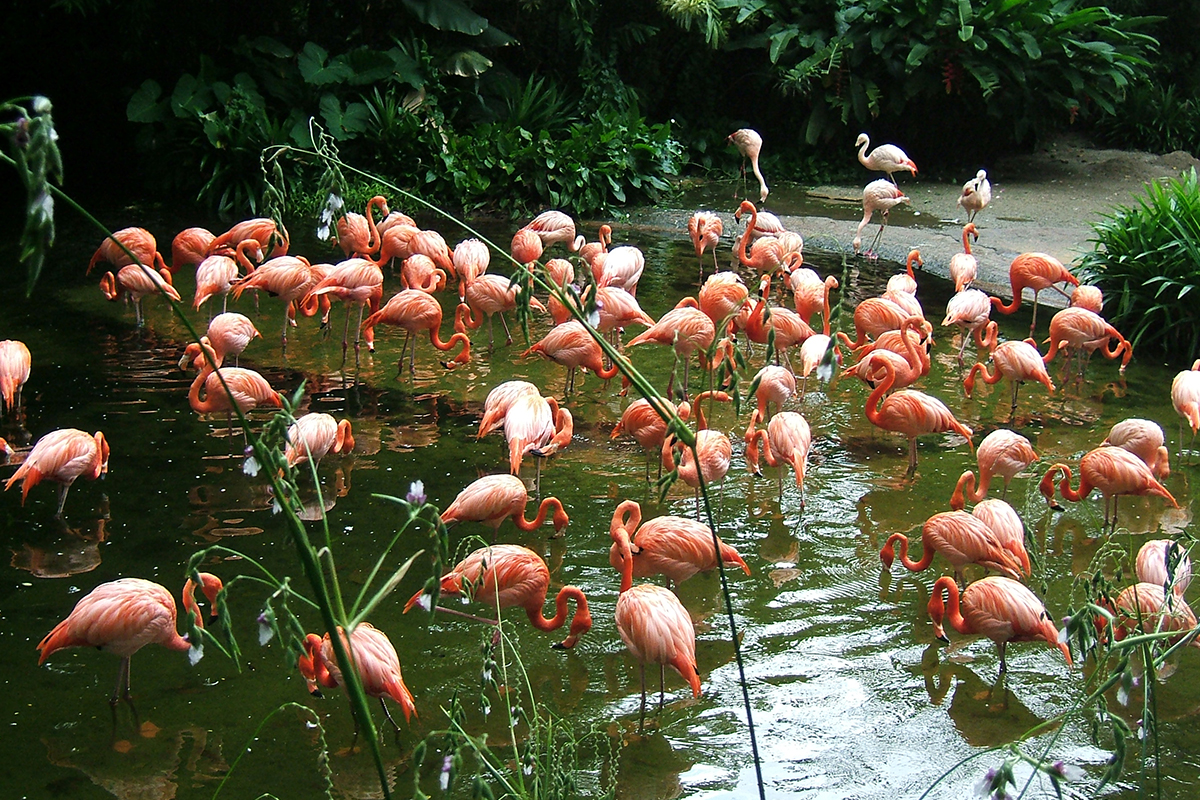 Singapore Zoo makes for a life-affirming and perspective-setting glimpse at the world. 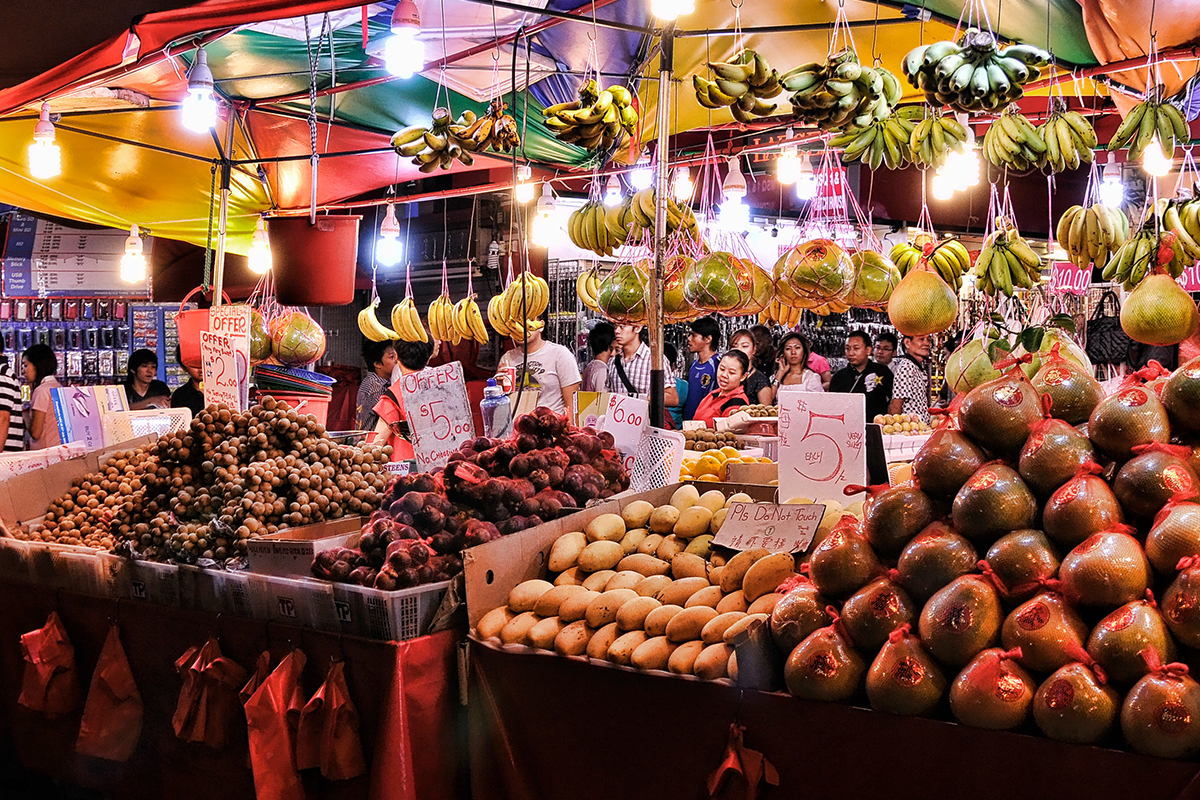 Grab a cheap bite to eat at one of the city's hawker lanes. 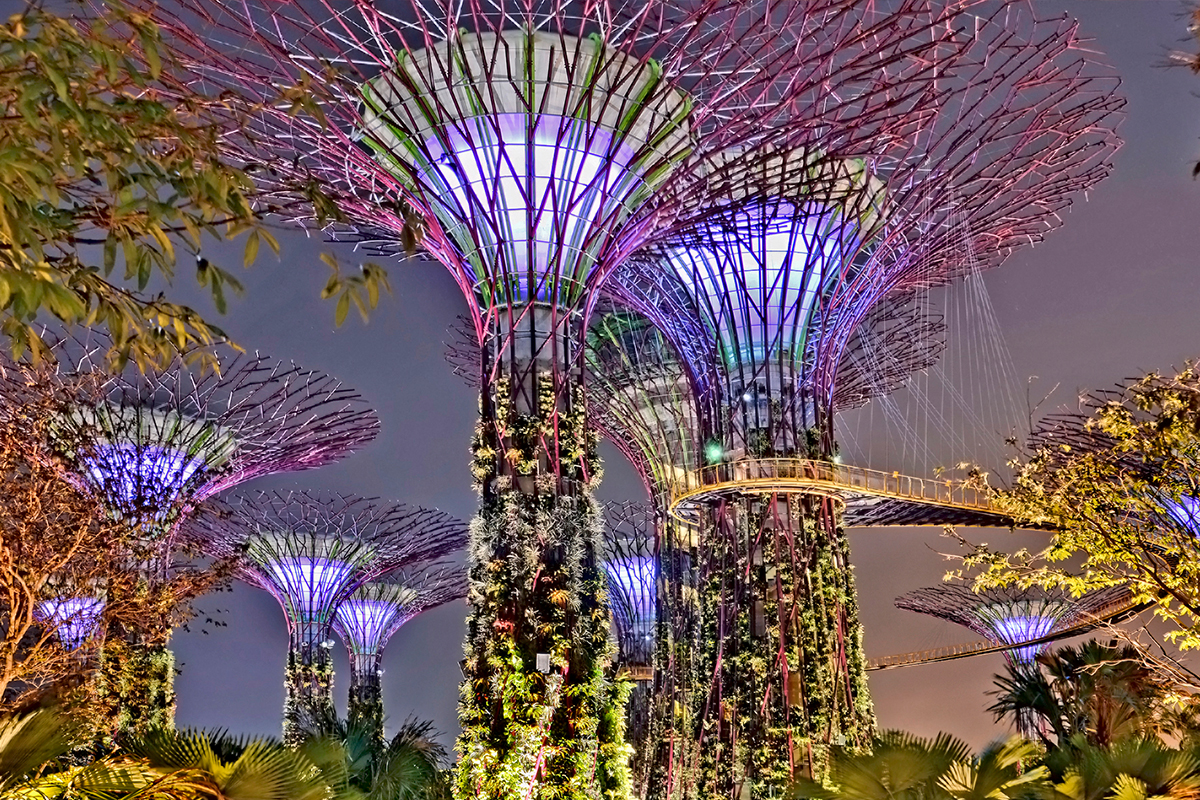 Gardens by the Bay is a wonder of nature.
[/img]

Balance this accommodation and save money on dining out by heading off the beaten track to one of the hawker centres: they’re like an indoor food market, with stands that can look cheap and nasty. They are cheap – A$5-a-dish-cheap – but the food is amazing. They span the city, but one in Chinatown has more than 260 stalls alone. Avoid the frog porridge if you’re not keen (although it’s surprisingly good), as there are plenty of Westernised Asian dishes.

I even had possibly the best steak of my life at an unassuming little corner market in Katong, a small suburb 20 minutes ride from Orchard Road.

Make sure you go to the beach too. It’s refreshing but eerie. If you go in the early morning to somewhere like East Coast beach, as the sun is coming up through Singapore’s haze, the horizon shines with neon. It’s actually a huge line of container ships that sit in the harbour – they become more visible as it gets light. The beach is littered with coconuts from the many palm trees, and it’s an unworldly mix of tropical and industrial.

At night head to Singapore Zoo and jump aboard the Safari Tram for a crazy ride through nature at a reasonable price. If you do it halfway home from a gruelling business trip, you’ll thank yourself for such a life-affirming and perspective-setting glimpse at the world. Gardens by the Bay is also a wonder of nature that will also seriously make you question your place in the world.

If you need a mainstream holiday break, then hit a beach club – they’re plentiful. 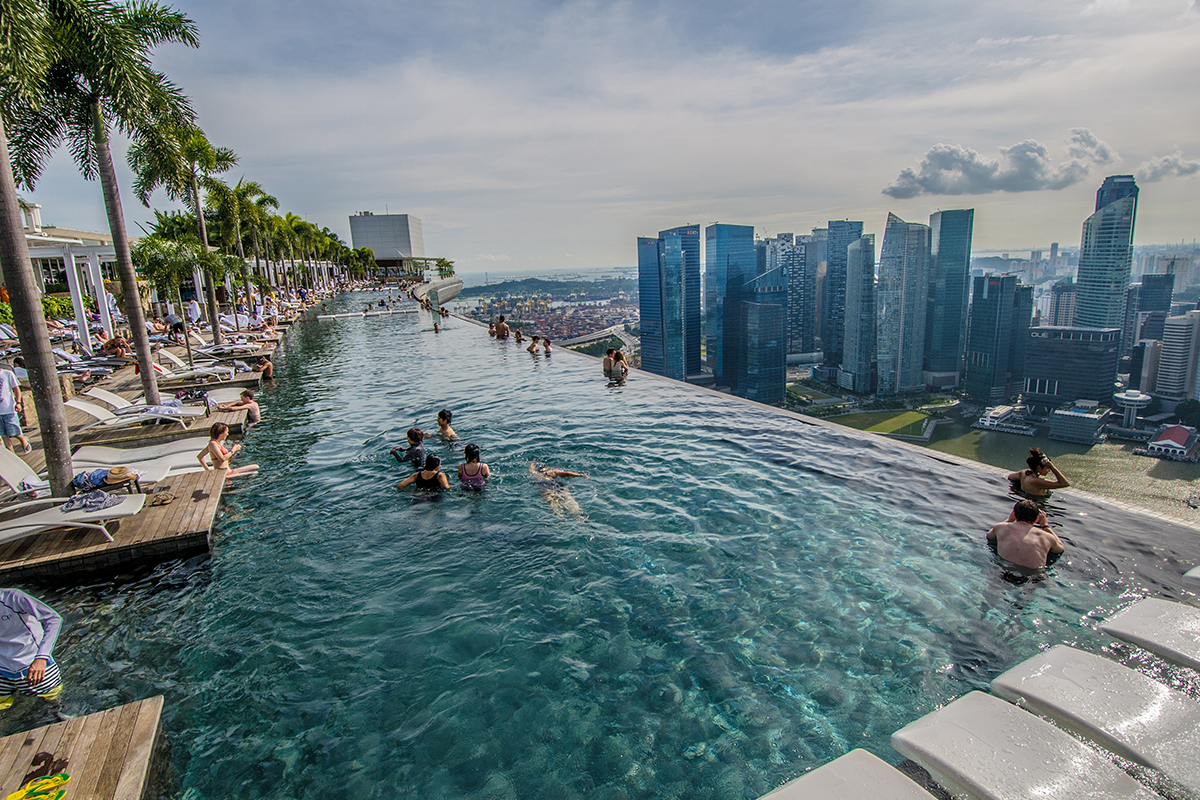 The rooftop pool at Marina Bay Sands hotel is like nothing you've seen. 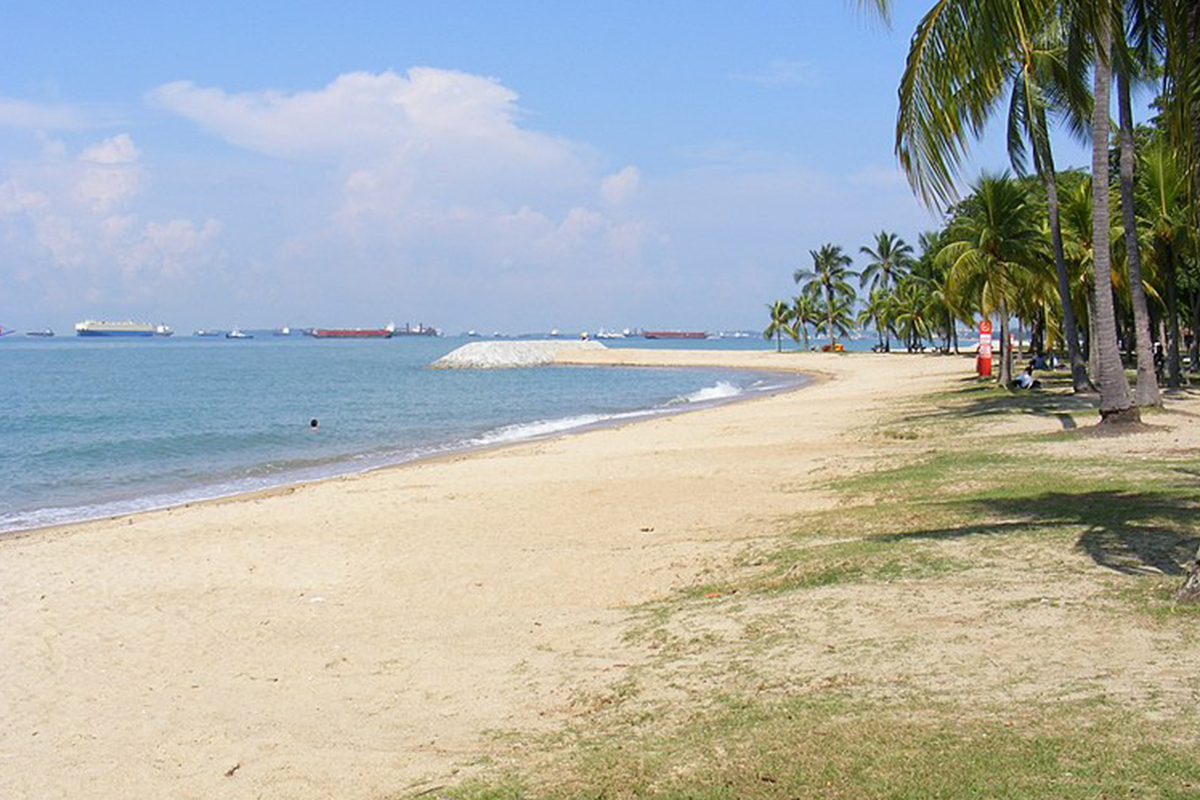 Go for a dip at East Coast beach.
[/img]

For something different, head to the The Live Turtle & Tortoise Museum. Or go to Bukit Brown Cemetery or visit the Umbrella Trees. Go to The cat Cafe. Head to one of the 63 offshore Islands. Get on Google and check out these and many other strange sights.

The point is, do something. Singapore is an amazing place and to only see a small portion of Changi is such a waste. Indulge yourself, indulge your senses, life is short – take a day to explore a whole new world. You’ll thank yourself.

11 things for travellers to know about Singapore