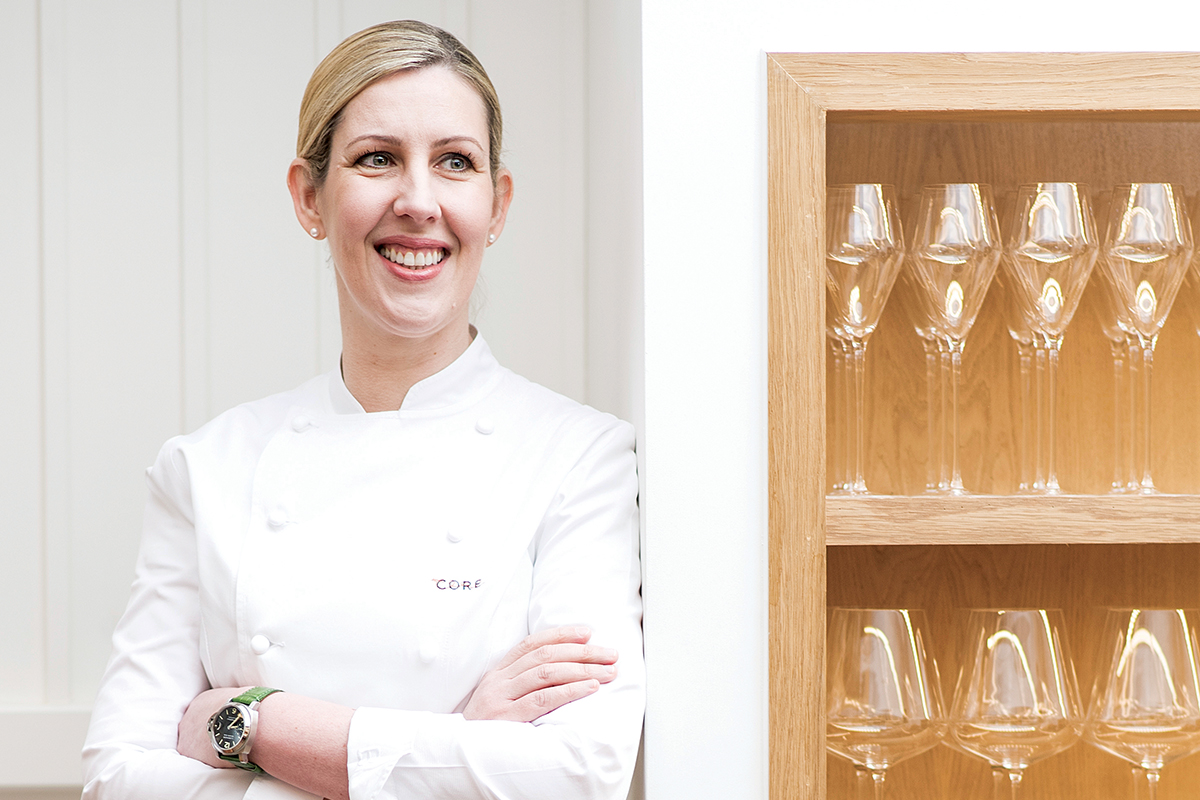 Clare Smyth has a story to tell. Named the 2018 World’s Best Female Chef, she says the recognition is about celebrating all women in hospitality and is a chance to tell her story to help others find their own path. The award-winning chef and restaurateur has hit a number of career highs, any one of which would be more than satisfactory for most, but she stresses her route to success was born out of hard work. And that is what she hopes will inspire others.

“There was no luck in my journey. I left home when I was 16, I’m not particularly talented, I just worked hard,” she says. “I’ve always said there’s no easy route to anywhere worth going. I worked my way up the ranks. I ran probably one of the toughest kitchens in the world, under Gordon Ramsay, who most people wouldn’t think would be the first choice a woman would make.”

Smyth grew up on a farm in Northern Ireland, working in local restaurants on weekends and school holidays, where she developed an appreciation for cooking and flavours. “Growing up on a farm gave me a respect for ingredients and what it takes to produce them – and a strong work ethic too,” she says.

By age 17, Smyth had graduated from culinary school and made her way to London, determined to learn from the industry’s best. “I was quite creative so I naturally went into fine dining.”

Smyth trained under renowned chefs Alain Ducasse and Thomas Keller before working with Gordon Ramsay for 15 years. It’s these great chefs she counts as her inspiration. “For example, take Gordon’s management style,” she says.

“What you see on TV is very different to reality. His success is a fact, and it is based on solid principles. It was great training under him and understanding the processes and the discipline required to achieve a high level, and sustainably as well.”

Among her list of achievements, Smyth received an MBE in 2013 for her contributions to the hospitality industry, and named Cateys Chef of the Year in 2016. She has also earned a 10/10 in the Good Food Guide and five AA Rosettes. And at just 28, Smyth was made chef patron at Restaurant Gordon Ramsay, making her the only female in the UK to lead a three-Michelin-starred restaurant.

Naturally, the next step was for Smyth to open her own restaurant. “I felt I’d achieved everything I could as a chef and I wanted to challenge myself; to set up something to prove, to myself more than anything else, that I was capable.”

“It has been a hell of a journey,” she adds of opening Core, and seeing it evolve from a plan to “a real, living, breathing restaurant”.

Core has been lauded since it opened in London’s Notting Hill last year. Though it curiously missed earning a spot in the World’s 50 Best Restaurants, despite Smyth’s award as best chef, Core was crowned Best Restaurant at British GQ’s annual Food and Drink awards earlier this year. 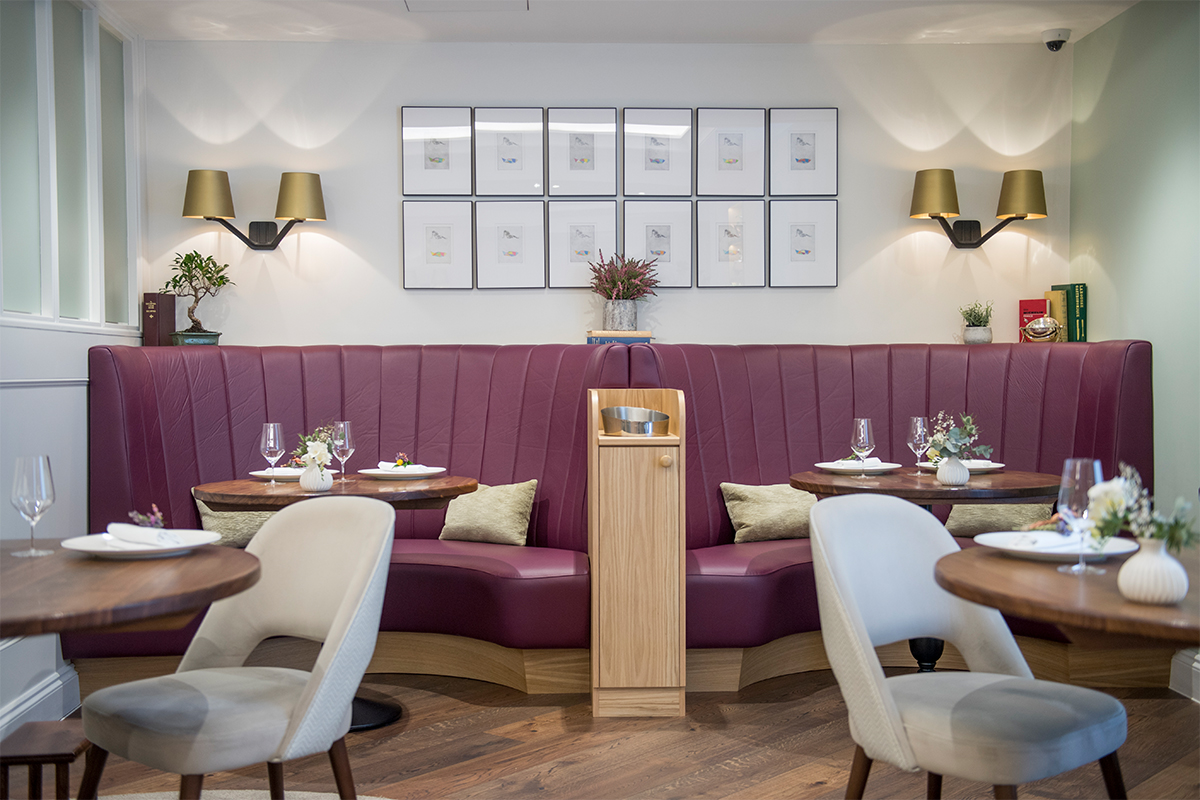 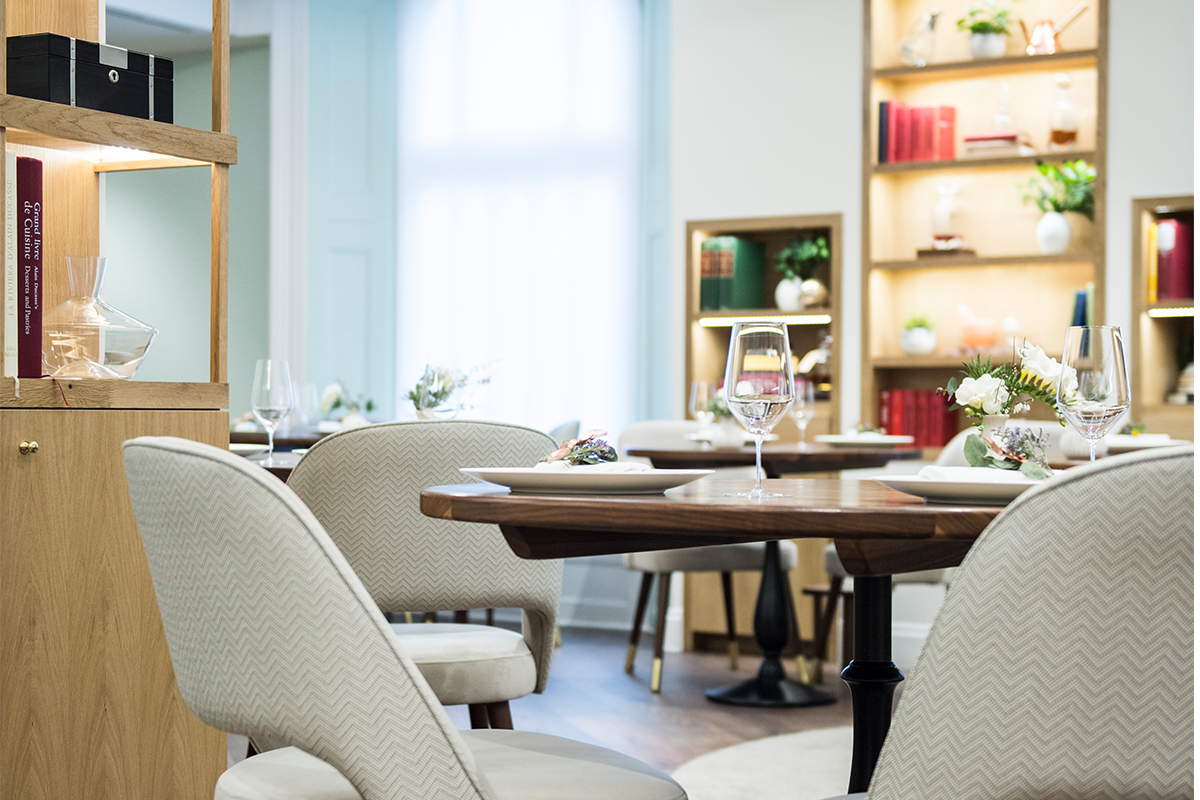 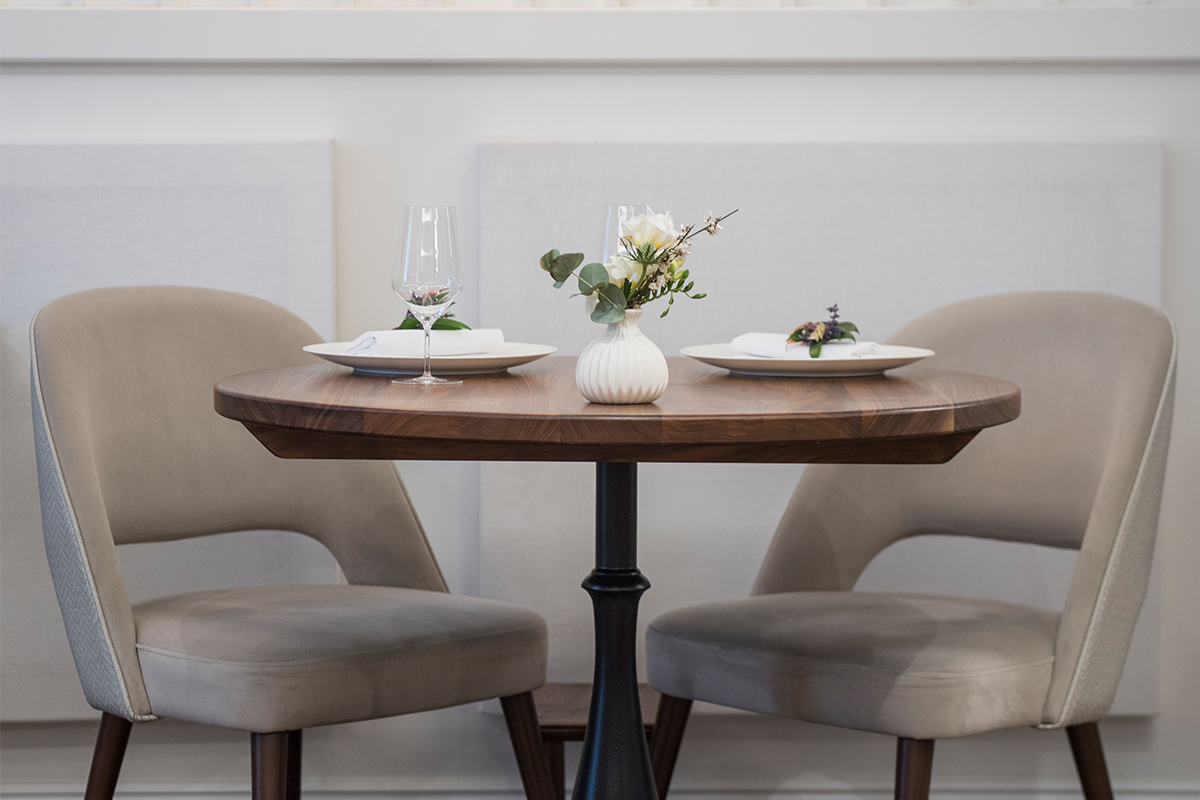 The proudly British restaurant has a nostalgic approach to fine dining explains Smyth, who hasn’t shied away from incorporating a sense of humour into her dishes. “I take precision and technique seriously, but I want people to have a sense of nostalgia when they eat – to walk out the door afterwards thinking ‘That was clever, I enjoyed myself tonight’. I want it to be entertaining and not just a beautiful, technical piece of cooking.”

“I take precision and technique seriously, but I want people to have a sense of nostalgia when they eat.”

While her cooking style is deeply rooted in nature and the seasons, her technical expertise and flair for fun means diners may enjoy a ‘flipped’ version of a typically British lamb and vegetables dish, for example, where the lamb shank is an accompaniment to the hero carrot. Being Irish, Smyth grew up eating potatoes at every meal, so Core’s signature dish is a homage to the potato, cooked in seaweed. “It’s everybody’s favourite dish. We’re showing how we can take the humblest ingredient and turn it into a stunning plate of food.” 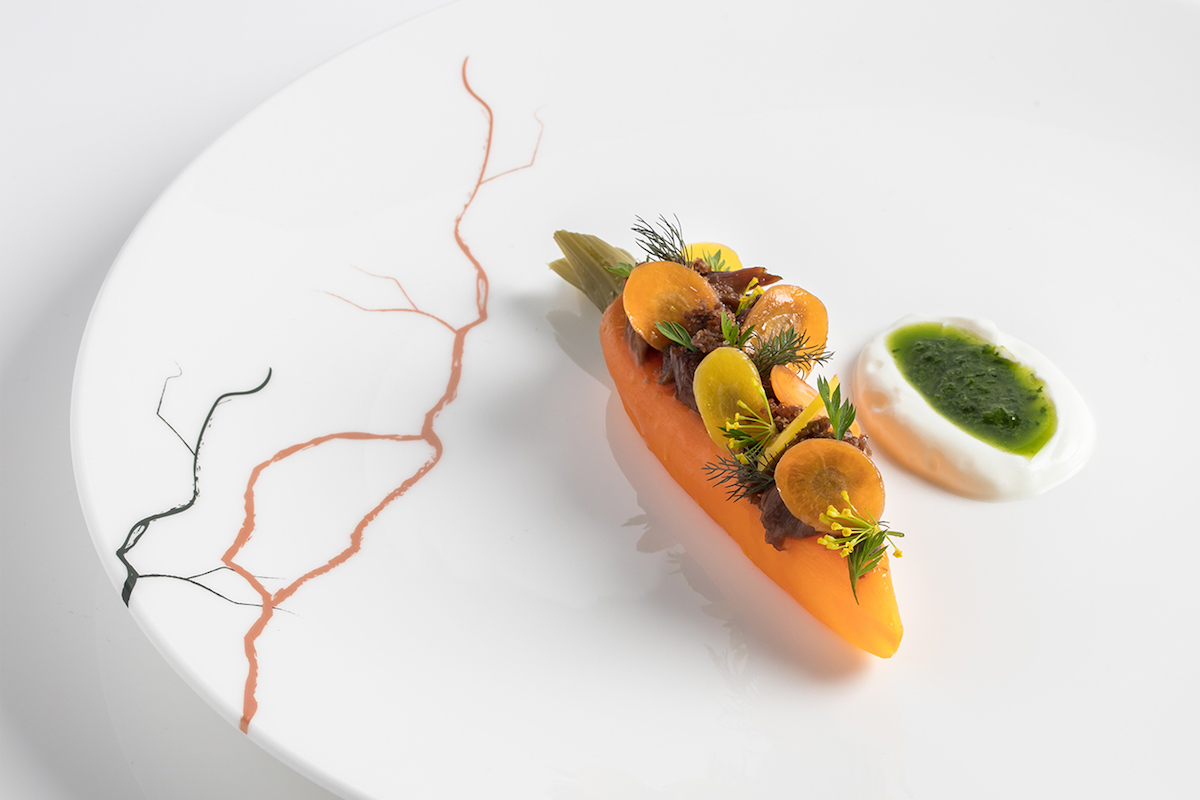 Ultimately, Core is about relaxed fine dining that celebrates all things British and the local industry in a deliberate and carefully considered way – in everything from the Stone-on-Trent bone china and British-made cutlery to the sustainable local produce. “We really look within our own community – food community and country – because we want to work with and support that particular local supplier or industry,” she explains.

Her current focus is on building the foundations of her restaurant and “making Core as good as it can be, because my passion is in that”. “It’s also about enjoying the process. I derive a lot of pleasure from what we do every day with the team, and evolving what we’re doing here.”

As for the award of World’s Best Female Chef, Smyth feels incredibly honoured. “I think it’s lovely when people vote for you. There’s a great food community that voted, which is really nice.”

As the second female-centric title she’s been crowned with, Smyth agrees it’s important to shine a light on female success, simply for the reason there is a lack of women in the hospitality industry – “especially making it through to the top ranks”.

“There’s a shortage of people in hospitality in general,” she says, adding that by ensuring that gender balance, it creates a much better working environment. “I feel very strongly that everything must be done on merit, but if my story can help to support other young women to come through, then that’s great.”