Just the name Mad Paws is enough to evoke images of the cheerful chaos dogs provide and sums up everything this pet community offers. 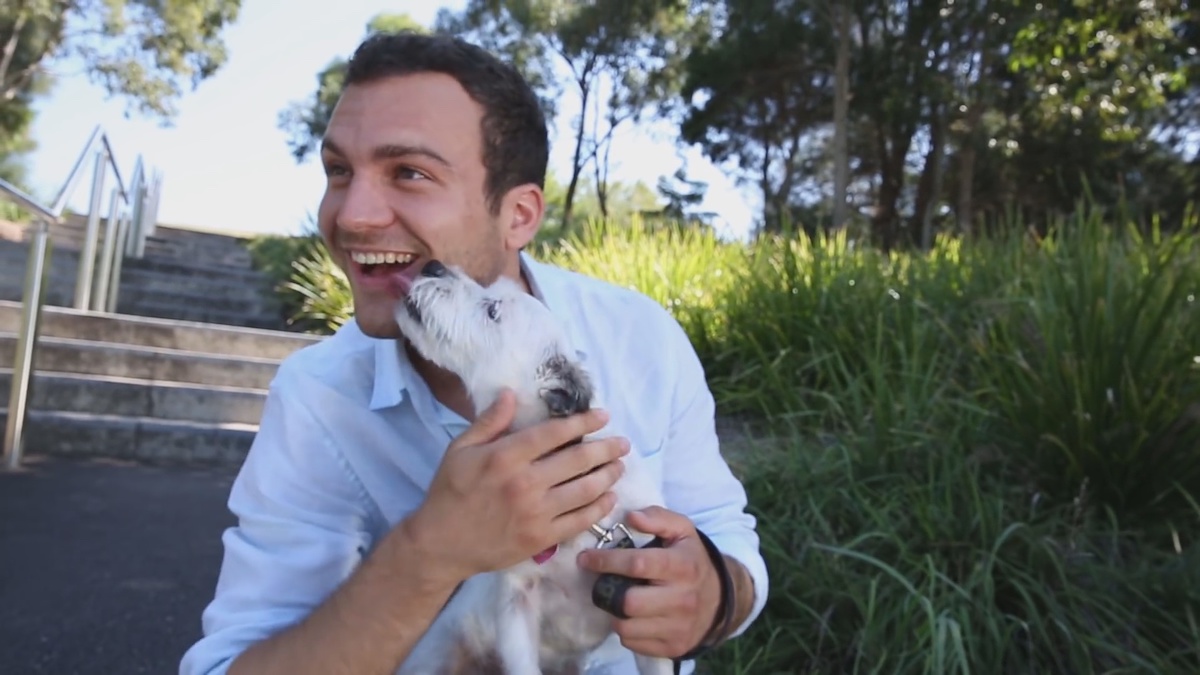 Every office needs a Charli. That bright spark whose infectious personality lights up a room, the larrikin who champions fun once deadlines are met, or triggers a laugh mid-crisis. Charli bands together the nerd from IT with the exhibitionist from sales, because Charli gets on with everyone. Even the boss. Especially the boss.

The boss in this case is Alexis Soulopoulos, CEO and Co-Founder of Mad Paws, who featured last year on the Forbes 30 Under 30 Asia list. Meanwhile, Charli is a two-year-old labradoodle dropped into the office in Sydney’s Pyrmont a few times a week for doggy day care. She’s been coming since she was a puppy and while Alexis is diplomatic – there’s not a dog he doesn’t love – Charli is a clear favourite.

“I have the most epic times with her,” he says. “She’s just a delight. Imagine everyone focusing on a very tight deadline, concentrating hard, when all of a sudden Charli jumps in between you and does something silly. She’s always happy. She makes us happy.”

Just the name Mad Paws is enough to evoke images of the cheerful chaos and unconditional love a dog can offer. As Alexis explains, the name is about embracing the madness and obsession millions of Australians have for their furry, feathered or scaly friends.

All pets great and small

As Australia’s leading go-to pet community, Mad Paws is a veritable marketplace where more than 600,000 pet owners, uncomfortable with leaving their pet alone at home, gather to match with 20,000 registered animal lovers willing to sit, walk, feed or groom their best mate. It means that being a busy executive is no longer an excuse for not coming home to a wagging tail when just a few clicks of a button will provide all the companionship and exercise needed to keep their pet happy and healthy. Even stay-at-home owners use Mad Paws for playdates so their dogs can run with the pack. Meals are catered to as well with Mad Paws Chef creating nutritious doggy dinners delivered to the door, a bold initiative launched amid COVID-19.

“Our vision is to make pet ownership easier,” Alexis says. “Providing meals according to the breed, weight and dietary requirements of dogs was always part of that mission, and with business a little slower during COVID-19 because of travel bans and people working from home, we brought the launch forward. We were brave and acted really fast to make it happen, but we’ve had a great response.”

Australia has one of the highest pet ownership rates in the world with around 61 per cent of Australian households sharing their homes with an estimated 29 million animals. Dogs are the most popular at 40 per cent, followed by cats at 27 per cent. Then there are the others who make a house a home – the rabbits, snakes, birds, fish, lizards, turtles, rats and piglets.

“Yes, we have been asked to look after piglets,” Alexis laughs. “In fact, we’ve had pet sitters go out and look after whole farms.” 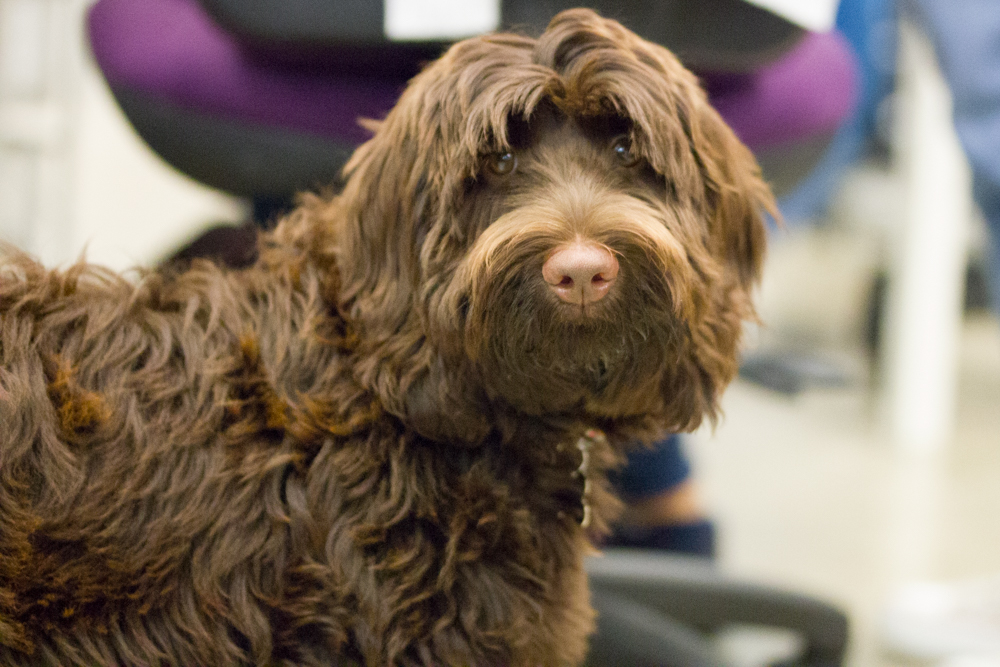 Charli is a popular team member at Mad Paws

Finding someone to look after your more unusual piglet, pet snake or salamander is never a problem with the Mad Paws team available to assist, while finding solutions for more regular pets in your home or theirs is even easier. Visit the Mad Paws website, enter the service you require, your suburb and pet profile and names of registered locals are revealed. Scan their reviews, star ratings and experience and make a reservation.

While it takes just a few minutes for pet owners to find their pets’ perfect match, it’s a longer process for the sitters and walkers to become eligible for the Mad Paws community.

“We’re very strict,” says Alexis. “The 20,000 we have registered have been selected and vetted from an initial pool of more than 150,000 applicants. Our standards are very high, but I’m sure that’s why our business has grown and succeeded. We always, always focus on the quality of our sitters and walkers because we want our owners and pets to have a fantastic experience and it’s paid off.”

Considering the multimillion-dollar business Mad Paws is today, its inception was a rather inauspicious affair. Naturally, it involved a dog, a labrador called Honey, who needed looking after while her owner went on holidays.

It was 2013, Alexis, 23, was an international student from Belgium furthering his business and management studies at The University of Sydney. Missing his own dogs, he jumped at the chance to move into his mate’s place and spend a few weeks with Honey.

“It was so rewarding,” he remembers. “I had a fantastic time and it occurred to me that other students missing their own dogs would love the chance to mind them and earn a bit of extra income. So initially, Mad Paws wasn’t based so much on a good business idea, it was founded more on a love for dogs and the understanding that they are family.”

Alexis admits it was a rocky start. While he immediately found enough sitters, many sourced from the university’s veterinary school, he had to turn to the internet to find owners actively seeking pet minding or walking services and without funds to set up the technology required to connect people he jumped on the phone and called around.

“That’s how the business started flying,” he says. “Once we started to get traction, we were able to invest in technology, adapt the website to do all the things Airbnb and Uber could do and scale the business.

“We also came up with some really cool ideas to generate interest. One of them was launching the Mad Paws Easter Fair in 2017 when we offered a dog-friendly egg hunt, an agility course and toy testing. It was covered by morning television and by the end of the day, thousands of dogs had come through. Our website ended up crashing because too many people got onto it, but that was a good problem to have. We got our brand out there without spending too much money.”

Now a popular annual event, the Easter fair was cancelled this year due to COVID-19 with the lockdown also reducing the demand for pet care. However, Alexis is hopeful business will be better than ever once restrictions ease, particularly with owners more aware of their pets’ needs.

“Many people have enjoyed spending time with their dogs and have become closer to them,” he explains. “They understand how much their dogs love their company and rather than leaving them home alone again, they can turn to us for help.” Charli and her Mad Paws team

Leader of the pack

Armed with his strong entrepreneurial instinct and leading a team of 42, Alexis admits that while he’s very much the businessman these days, he still grabs every opportunity he can to get out of the office and walk a dog. While he’s still waiting to get his own dream dog, a border collie, he has plenty on tap he can take out and toss a ball with around a park. Naturally, it begs the question: While he’s clearly competent at leading the pack when it comes to dogs, how is he with people?

“That’s a good question,” he laughs. “I had no experience managing people when I started out, so it was a learning curve. I invest a lot of time in hiring, getting the right people who will fit in with our culture.”

While an obvious prerequisite for any job with Mad Paws is a love for animals, that passion must extend to the pet owners so their needs for the pets they love are always met. At the end of each month, Alexis gathers his team together to recognise individuals who’ve excelled, whether it be in IT, marketing, finance or admin. He concedes, however, that there is one consistent performer always noted for her generosity of spirit, enthusiasm and team participation.

“It’s Charli, of course,” he laughs. “She always gets a shout-out!”