Our changing skyline: These are the most anticipated buildings of 2019

With Beijing’s new starfish-shaped mega-airport and Los Angeles’ film-focused Academy Museum of Motion Pictures, cities around the world will unveil incredible feats of architecture in 2019. 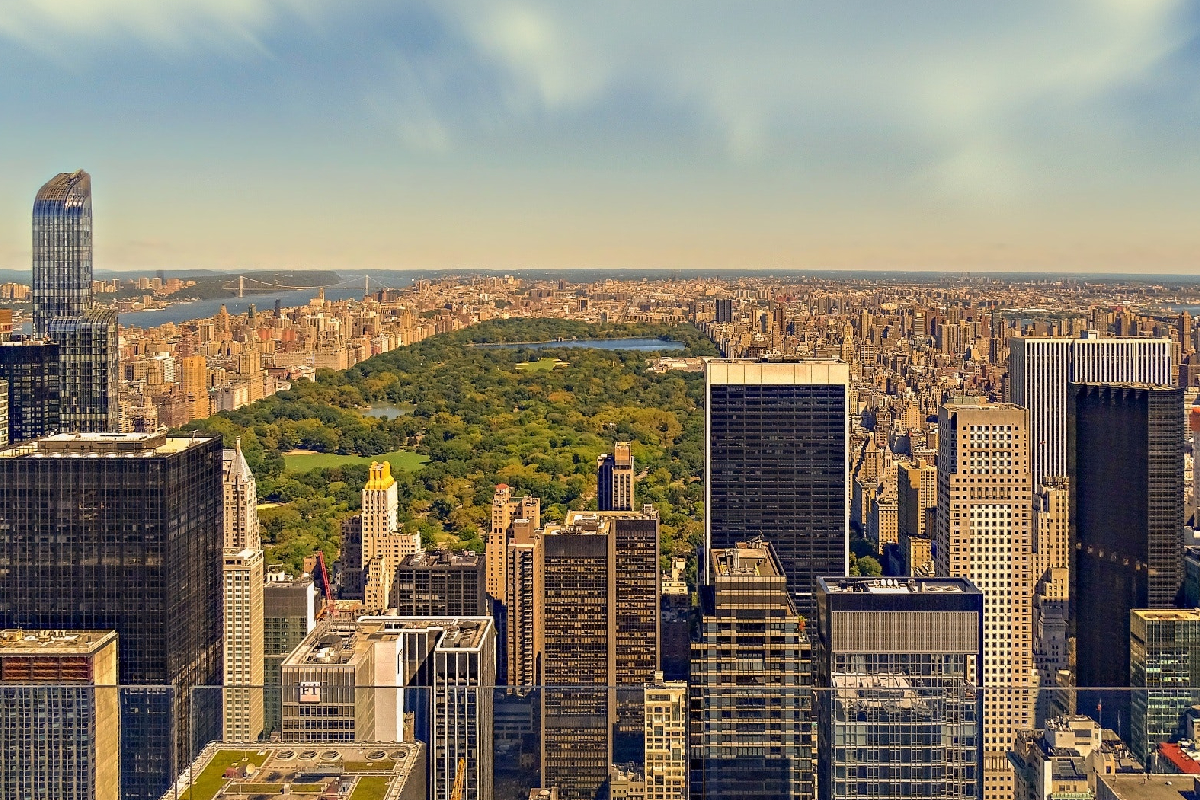 From culture-rich museums and soaring skyscrapers, to innovative new schools and office towers, modern architects worldwide are taking their ambitious designs to the next level in 2019.

While New York’s Statue of Liberty museum reaches the final stages of its makeover, the Grand Egyptian Museum in Giza will soon open its doors as the world’s largest museum devoted to a single civilisation.

Spanning cities from Taipei to Miami, these soon-to-be completed structures are a must-see for art and architecture aficionados everywhere.

When the incredible starfish-shaped Daxing International Airport opens in September this year, Beijing will replace Istanbul as the city with the world’s largest airport.

Designed before the death of renowned architect Zaha Hadid, the 700,000-square-metre aviation hub will serve the world’s fastest-growing aviation sector, accommodating 72 million passengers and two million tons of cargo per year by 2025.

Designed with travellers in mind, the innovative airport has stacked international and domestic flights on different levels to help passengers reach their terminals quickly and efficiently.

Besting more than 1,500 entries for this once-in-a-lifetime project, the winning design for the Grand Egyptian Museum was awarded to Dublin-based firm Heneghan Peng Architects.

Since former Egyptian president Hosni Mubarak laid the foundation stone in 2002, the 50-hectare structure has risen from the desert sands, made up of a series of triangular patterns intended to mimic the nearby pyramids. Upon its completion at the end of the year, it will become the world’s largest museum devoted to a single civilisation.

Devoted to Egyptology, the museum will contain 24,000 square metres of permanent exhibition space – including King Tutankhamun’s possessions – as well as a children’s museum, conference and education facilities, a conservation centre and extensive gardens.

Blending thoughtful design with urban sensitivity, 111 West 57th Street is described as one of the world’s skinniest skyscrapers.

Under construction on the so-called Billionaire’s Row in Manhattan, the 435-metre-tall tower is finished in terracotta and bronze, and offers uninterrupted views of Central Park and the Manhattan skyline thanks to its stunning floor-to-ceiling windows.

Its 46 full-floor residences combine grand scale and opulent furnishings with comfortable, private settings for contemporary living. Prices start at US$18 million and going all the way up to US$57 million for the uppermost penthouse.

A bridge, a museum and a sculpture, all rolled into one, Kistefos Museum will twist across the Randselva river, an hour’s drive north of Oslo.

The 1,400-square-metre structure is the newest edition to the Kistefos Sculpture Park, which houses contemporary works by artists including Anish Kapoor and Olafur Eliasson.

“A simple twist in the building’s volume allows the bridge to lift from the lower forested area towards the south, up to the hillside area in the north,” explains architect Bjarke Ingels.

Exhibition space will be spread across two levels, with galleries stacked vertically on the south side, and a broad lobby space for large sculptures on the north side.

With the completion of the Academy Museum of Motion Pictures, Los Angeles will fittingly be home to the world’s premier movie museum, complete with a 1,000-seat theatre.

Connected by a pedestrian bridge to the historic Saban Building on LA’s famous Miracle Mile, the museum will take visitors behind the scenes of their favourite movies and demonstrates how film has shaped cultures worldwide.

Its remarkable collection draws from the Academy of Motion Picture Arts and Sciences, which includes more than 12 million photographs, 190,000 film and video assets, 80,000 screenplays, 61,000 posters, 20,000 production and costume design drawings, and 104,000 pieces of production art.

5 more new buildings to look out for this year:

Want more art and architecture news? We take a look at the best art exhibitions happening around the world this year – from Picasso to Dior and everything in between.