Chicago is back in Australia with a sizzle and pop!

If ever you’re going to ‘pop’ your lover, Chicago’s girls of Cook County Jail are the go-to for advice. 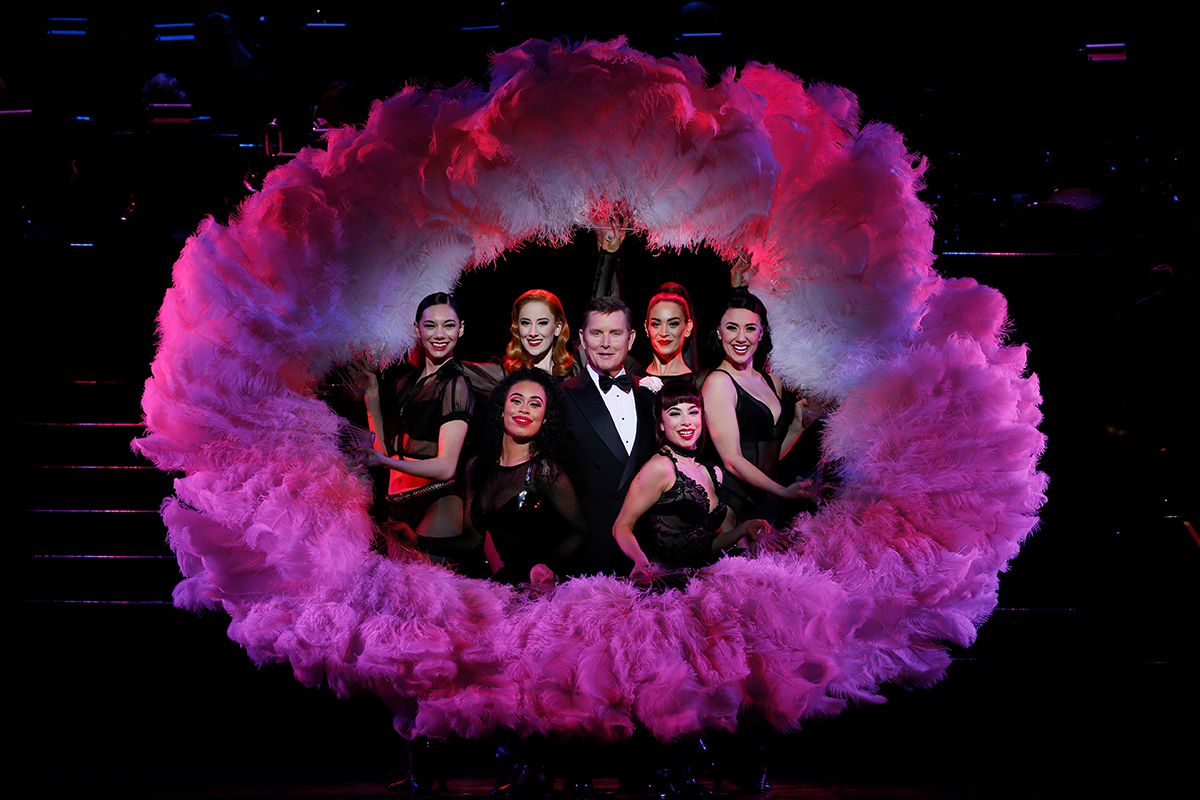 ‘Cell Block Tango’, in which six murderesses hilariously justify why ‘he had it coming’ has always been a stand-out number of Chicago, and the girls’ nimble rendition in Sydney’s latest production of the hit musical doesn’t disappoint.

In fact, there’s nothing about this show that disappoints – a wonderful surprise really, considering the razzle-dazzle of all that jazz has been around for decades. The story has as long a history as the women have excuses for their crimes.

The characters, based on real criminals, emerged in a 1920’s play written by Maurine Dallas Watkins, a reporter for the Chicago Tribune covering crimes in court, predominately women accused of murder and incarcerated in Cook County Jail.

Chicago is a story about girl power: deadly women incarcerated for murder.

Since then, it’s been adapted to film in 1927 (a silent production produced by Cecil B DeMille); 1942 as Roxie Hart (Ginger Rogers and George Montgomery); and in 2002 (Catherine Zeta-Jones, Renée Zellweger and Richard Gere). 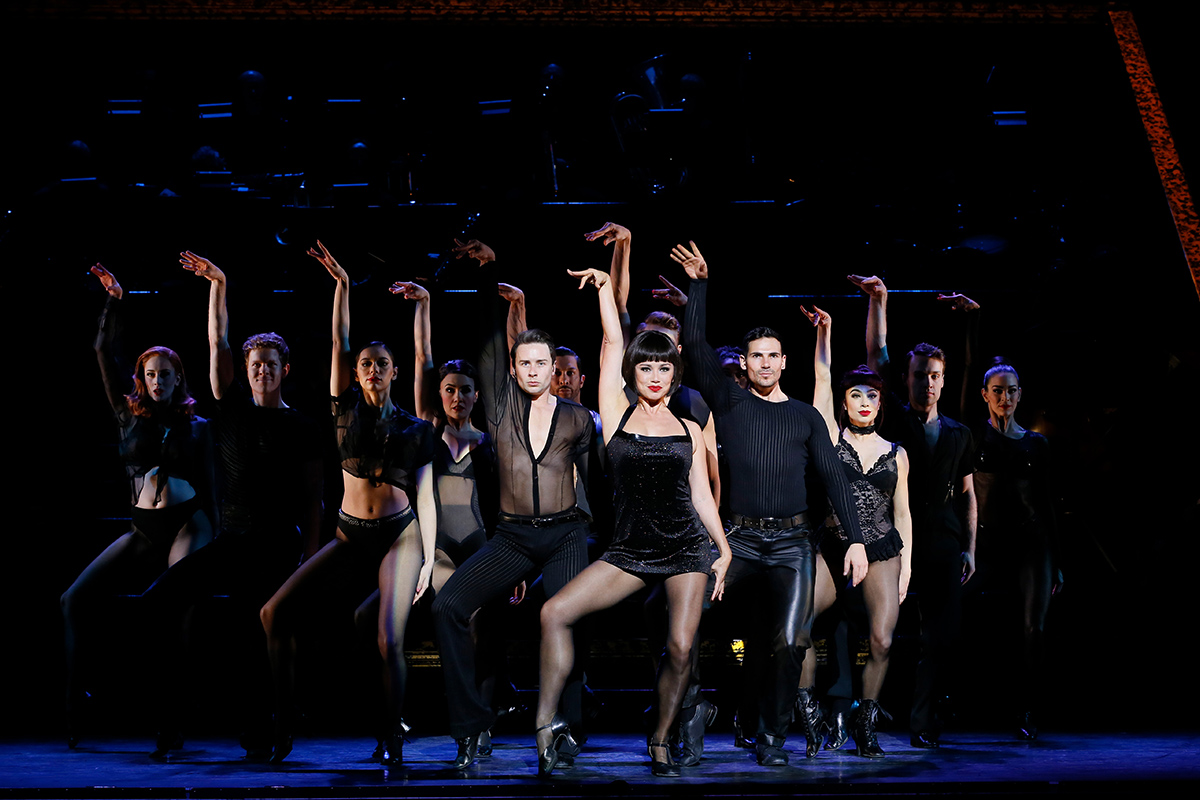 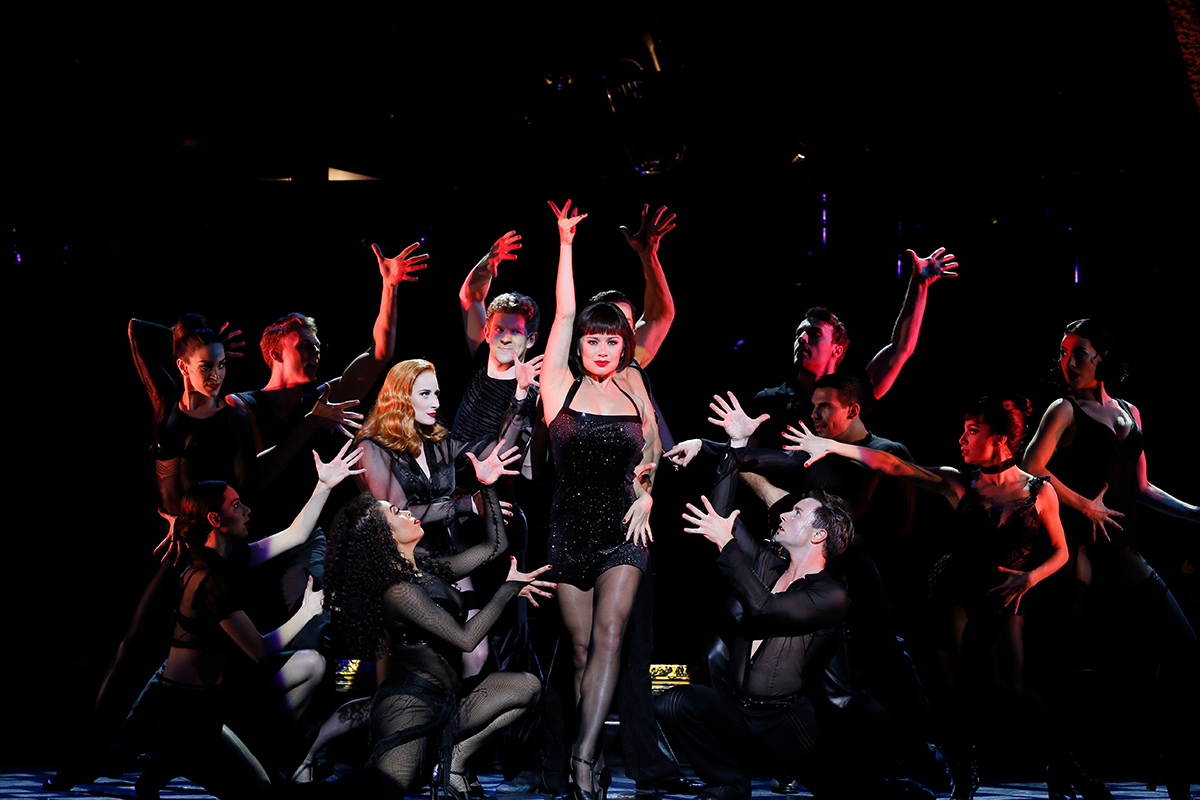 Its Broadway debut by John Kander and Fred Ebb was in 1975, with a revival in 1996 by Walter Bobbie. Since then the hit has become a New York institution as the longest-running American musical in Broadway history.

The last time John Frost treated Sydney to the New York production of Chicago was a decade ago. Are we ready for an encore of a story enduring nearly a century of interpretation? Indeed we are. This one showing in Sydney’s Capitol Theatre, Brisbane’s QPAC and the Arts Centre Melbourne is superb. 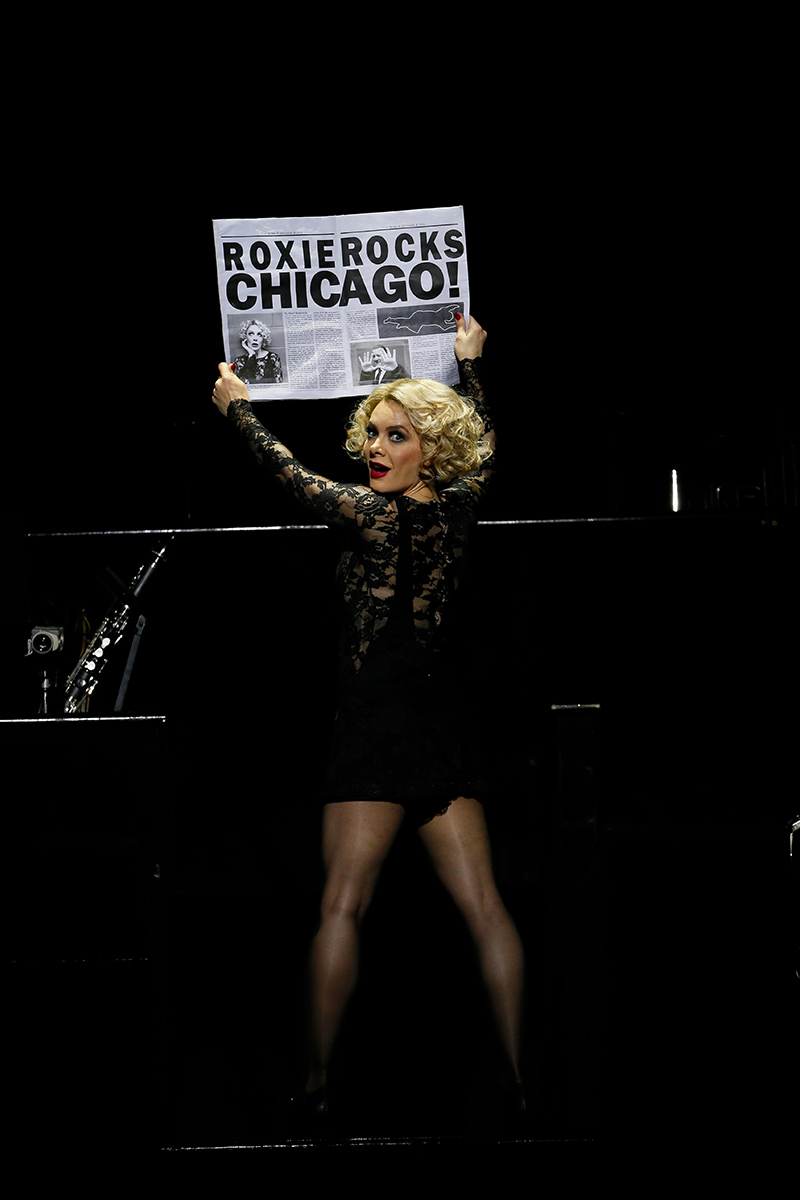 Chicago is a story about girl power: deadly women incarcerated for murder. Set among the decadence of the 1920s, housewife Roxie Hart (Natalie Bassingthwaighte) is unexpectedly jailed (they don’t jail women, do they?) after shooting her lover in a fit of pique. She is rivalled by Cook County queen bee Velma Kelly (Alinta Chidzey), a captivating manipulative minx who one-ups Roxie with a more impressive record of two kills, her cheating husband and sister. The women answer to Matron ‘Mama’ Morton (Casey Donovan) and fawn over Billy Flynn (Tom Burlinson), their bombastic, corrupt lawyer with a fine reputation for setting the guilty free.

Once again the orchestra takes centre stage, the tiered musicians and musical director Daniel Edmonds integrating without distracting and exhilarating when the brass starts to really blow. The choreography is at its finest, if not heart-stopping, with exceptional detail delivered in breathtaking rigour down to each thrust of the hip and twitch of the wrist.

Donovan is tailor-made for the part of the ever-so-shady ‘Mama’ of her jailbirds. In a powerful guttural introduction to her character, she charms the socks off you, singing in true vaudevillian style of her corruption in ‘When You’re Good to Mama’.

The very accomplished Bassingthwaighte and Chidzey nail their roles with robust vocals dripping with sass and fun and, while it was no surprise to see Chidzey dance, it was almost a relief to see Bassingthwaighte more than keep up.

Burlinson could have added just a little more razzamatazz and chutzpah to his role, while Rodney Dobson as Amos, Roxie’s adoring husband, encouraged plenty of comfort and cuddles in his heart-wrenching acknowledgement that he’s nothing more than ‘Mr Cellophane’.

Chicago will play at Sydney’s Capitol Theatre until 20 October, in Brisbane at the Lyric Theatre, QPAC from 2 November, and at the State Theatre, Arts Centre Melbourne from 14 December. Tickets from $59.90. Visit the website for more details.