The ACO has returned to London for its Barbican Centre residency

The Australian Chamber Orchestra returned to London for its second residency at the Barbican Centre’s Milton Court, with an eclectic series of performances. 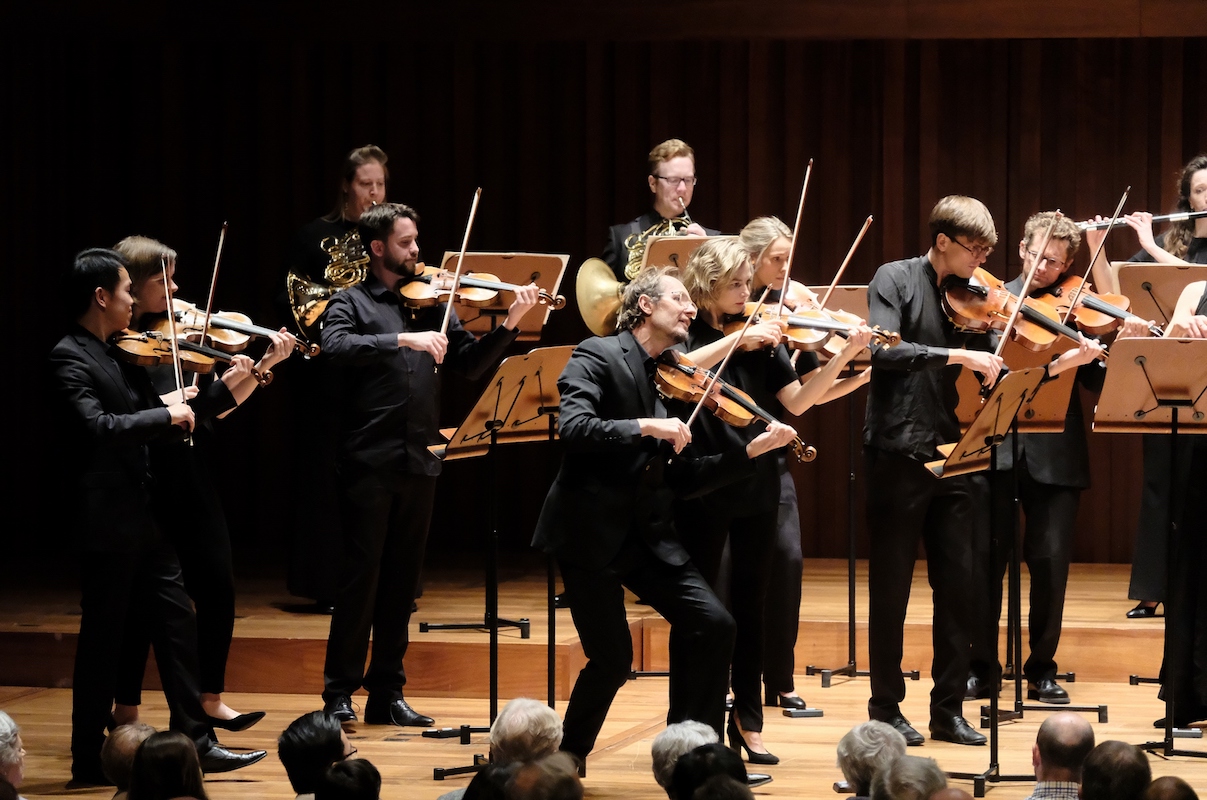 The Australian Chamber Orchestra (ACO) has once again taken its unique musical vivacity – with a splash of its usual theatre – to London during the second of its three annual residencies at the Barbican Centre. Its return to the Milton Court Concert Hall at the Barbican Centre as International Associate Ensemble from 3–5 October promised to showcase again the ACO’s musicality. It also highlighted its forays into unorthodox territory for chamber orchestras.

At the ACO’s residency last year The Times’ music critic, Richard Morrison, wrote of their performance of Mozart’s last three symphonies: “Standing to perform, swaying exuberantly, the fiddlers’ bows flamboyantly flourished at every final cadence, this orchestra exudes an energy that, in fast and loud passages becomes almost feral in its ferocity.” Expectations this year were much the same.

The second concert on 4 October brought distinguished Australian photographer Bill Henson together again with the ACO for their reinterpretation of Luminous.

This piece was first performed back in 2005 and reprised a few years later. Luminous was performed for a third time around Australia in August in a national tour with singer Lior. The program included a varied selection of music by artists including George Crumb, Janacek, R.E.M, Benjamin Britten and Peteris Vasks, accompanying Henson’s darkly haunting and provocative images.

Musicians from the Guildhall School of Music & Drama joined the ACO on stage for this performance. Also on the program was Peteris Vasks’ Viatore and Schoenberg’s Verklärte Nacht.

The ACO was in very good company at Milton Court as one of three International Associate Ensembles invited to take a three-year residency, along with the LA Philharmonic Orchestra and the Jazz at Lincoln Center Orchestra.

The residency is partly a result of ACO Artistic Director Richard Tognetti’s success as the first Artist-in-Residence at Milton Court Concert Hall in 2016/17. But it’s also a result of the ACO’s many (30 at last count) visits to London stages, and their reputation for vibrant, exciting interpretations of classical ‘standards’ and dramatic presentations of contemporary pieces from the likes of Peteris Vasks, Peter Sculthorpe, and even Jonny Greenwood of Radiohead fame.

Their collaborations with artists from other genres, such as filmmakers and photographers, have yielded innovative melds of inter-genre music and images, such as 2017’s Mountain, with live music played to BAFTA-nominated director Jennifer Peedom’s epic documentary narrated by twice-nominated Academy Award actor Willem Dafoe.

Surfing was the subject of The Reef, a personal odyssey of Richard Tognetti’s that merged differing music styles with surfing footage.

The Barbican Centre is one of London’s iconic arts centres catering to theatre, art, music, and much more in its venues.