Aerin Lauder sits down with The CEO Magazine to share her fondest memories of her grandmother – and the greatest lessons she was taught.

Estée Lauder isn’t just a moniker displayed on elegant glass jars filled with age-defying lotions. Etched into American business folklore, she was known to many as a businesswoman, industry disruptor, astute networker, legendary entertainer and beauty doyenne who “did every job in the company”. But for her granddaughter, Aerin Lauder, she was simply Estée.

“I loved nothing more than spending time with Estée,” Aerin candidly shares with The CEO Magazine. “She would let me dress up in her jewellery, eat as many chocolates as I wanted and she even came over for sleepovers.

“She was such a warm, loving and attentive grandmother.”

Growing up in Queens, US, with her Hungarian immigrant parents in the early 1900s, Estée’s humble beginnings set the framework for her entrepreneurial journey. In 1946, alongside her husband Joseph, her eponymous brand was born, soon becoming one of the largest beauty empires in the world.

As Estée Lauder Companies (ELC) enters its 75th year, Aerin and her younger sister Jane are celebrating the extraordinary life of their grandmother with a pale blue coffee table book (just like the founder’s first products), Estée Lauder: A Beautiful Life. It features archived letters and never-before-seen photographs, unveiling a side to Estée only those of her inner circle ever saw.

Sharing a glimpse behind the Lauder matriarch’s resplendent lifestyle, black-and-white photos of Estée have been intermittently dispersed between vintage advertisements, original illustrations, compelling quotes, Christmas cards from Princess Diana and Princess Grace of Monaco, as well as a number of handwritten letters from the likes of Audrey Hepburn and Valentino Giancarlo Giametti. Estée Lauder and her granddaughter Aerin.

“Estée was not just an incredible businesswoman and entrepreneur who revolutionised the industry, but she was also a loving mother, friend, hostess, and so much more,” Aerin says. “Next to business notes, ads and product concepts, you will see Estée with friends and family, entertaining and travelling, and doing what she loved most – being with loved ones.

“Family was of the utmost importance to my grandmother … she taught me that I could be successful without sacrificing the importance of family.”

Mystified by the elixirs her chemist uncle made when she was a young girl, Estée began experimenting with lotions, ultimately finding her true passion.

“She would mix these creams over the stovetop in her kitchen and then sell them at local hair salons in Manhattan,” Aerin recalls. “She believed in the power of personal touch and never shied away from speaking with customers and personally applying her products on them.”

This authentic approach has been at the business’s core for more than seven decades. Adding to her fresh marketing approach and genuine interest in customers, the “cosmetics titan” continually revolutionised the beauty industry.

“She originated the idea of a gift with purchase, a stroke of marketing genius that was widely adopted by other industries,” her granddaughter reveals. 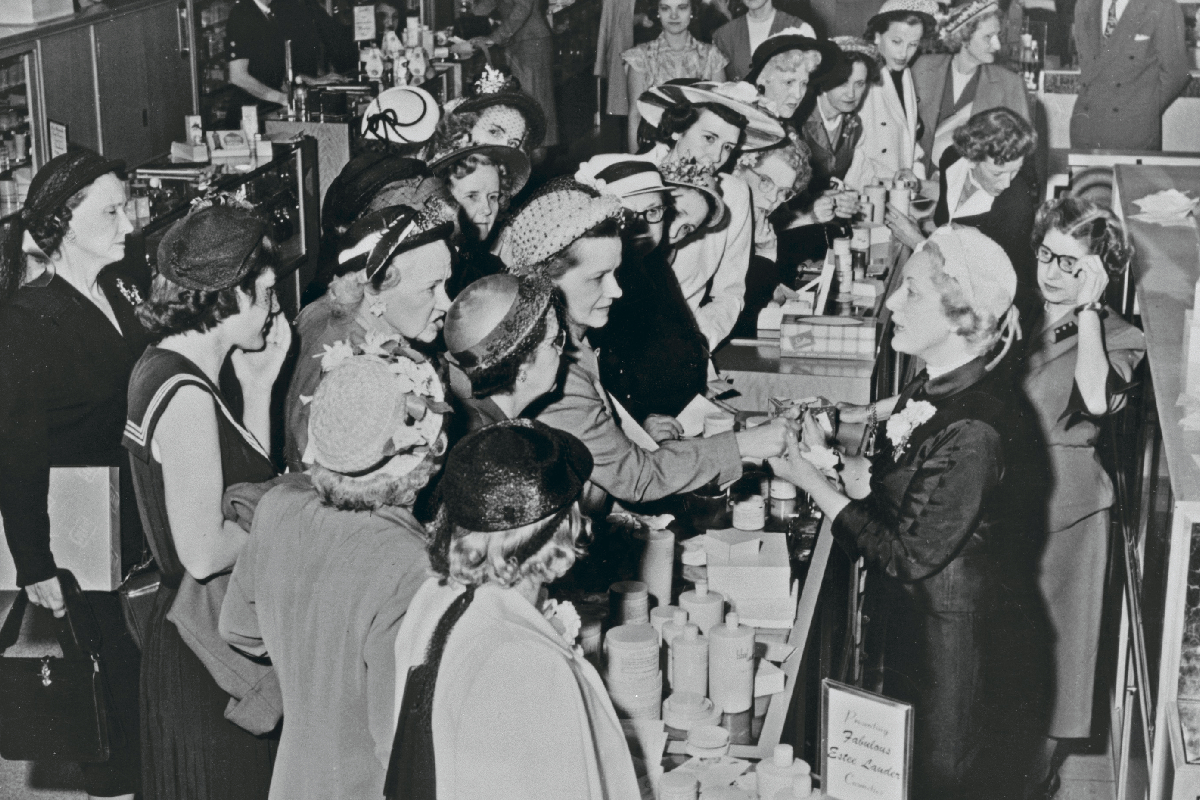 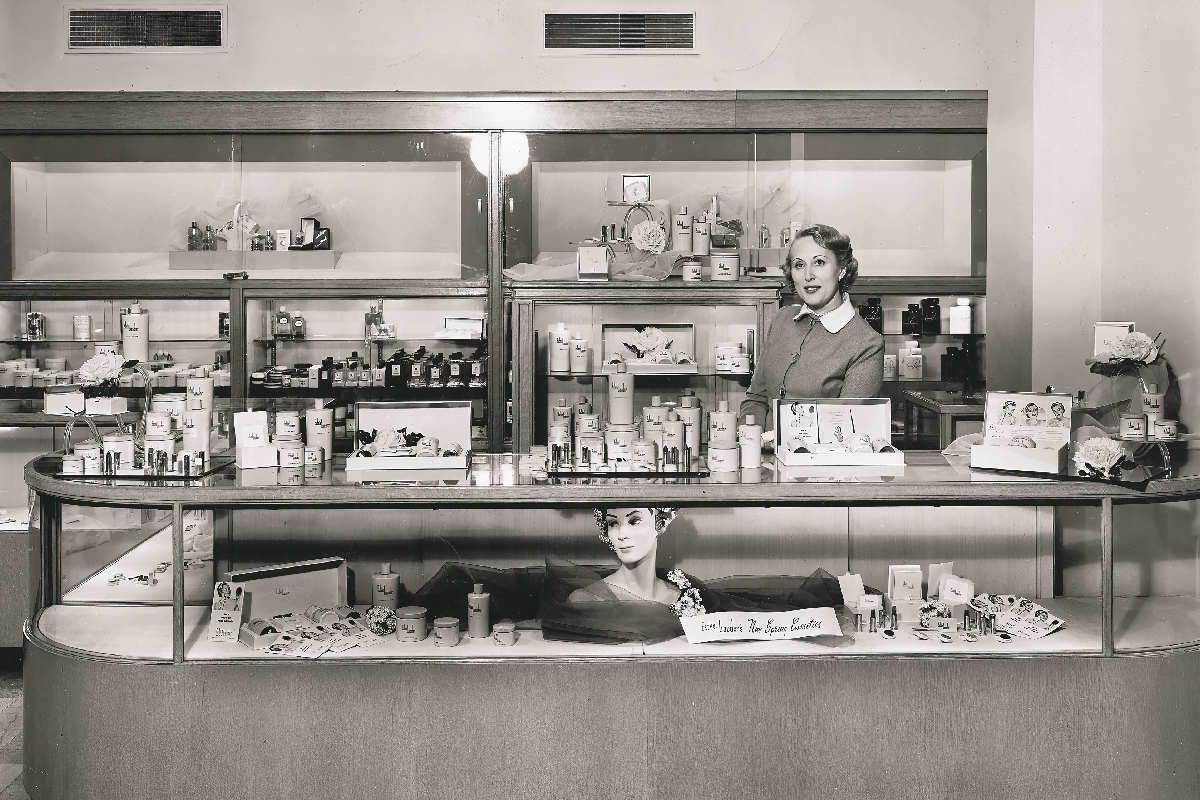 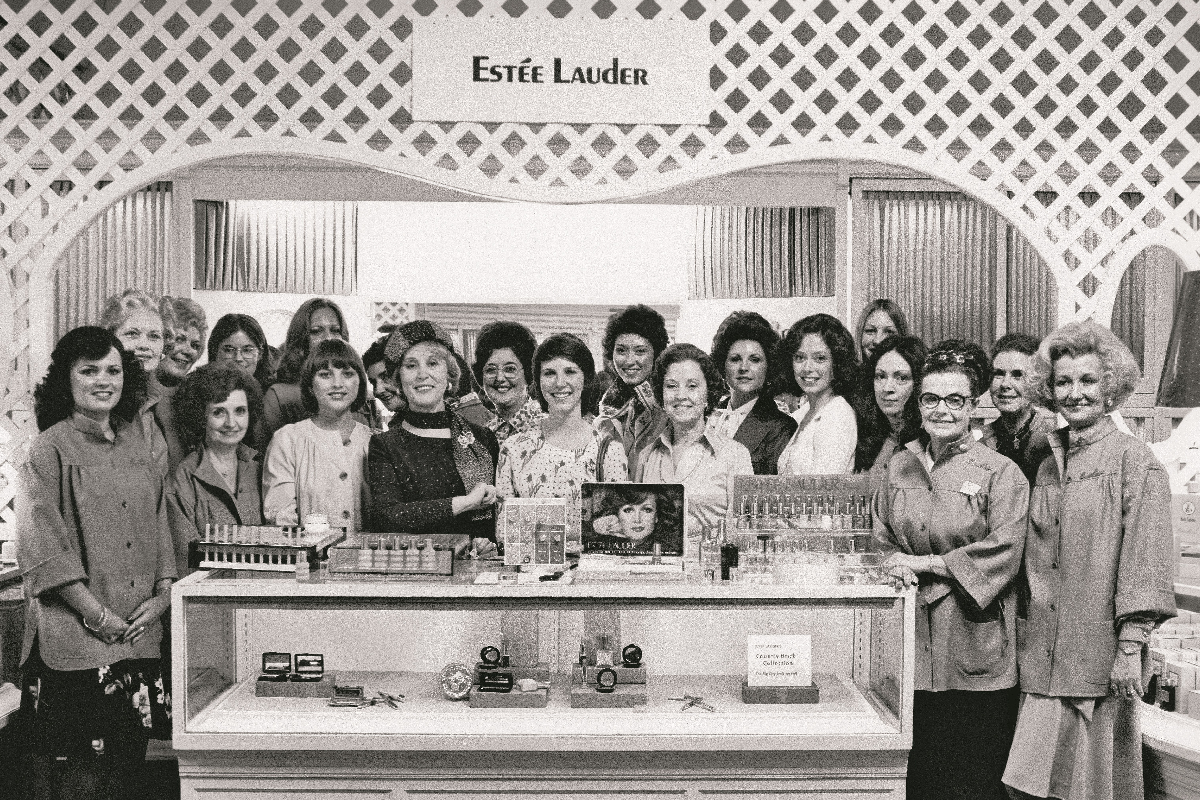 When the entrepreneur wasn’t creating new ideas, she was rewriting the rules.

“At the time when Estée was first starting her business, fragrance was typically purchased by a man and gifted to a woman,” Aerin explains. “However, Estée believed that women should have the ability to buy fragrance for themselves.”

And in 1953, she did just that with Youth Dew Bath Oil – a fragrant bath oil rich in floral and dark wood notes that doubled as a perfume.

“Since the product was sold as a bath oil rather than a fragrance, women were able to go into a store and buy it for themselves,” she adds. “This concept quickly resonated with many women, further emphasising Estée’s understanding of her customer and what women wanted.”

In 1982, ELC became the first brand to use hyaluronic acid in a beauty product – an ingredient that has since soared in popularity, as well as become the first to make a night repair serum.

“Estée was the ultimate leader in business and saw potential in luxury skin care many years before the rest of the industry,” Aerin says.

A true pioneer in every sense of business from product development to marketing, her innovative charm wasn’t something that could be taught, rather a quality that made her who she was, right up until her very last moments of life in 2004. 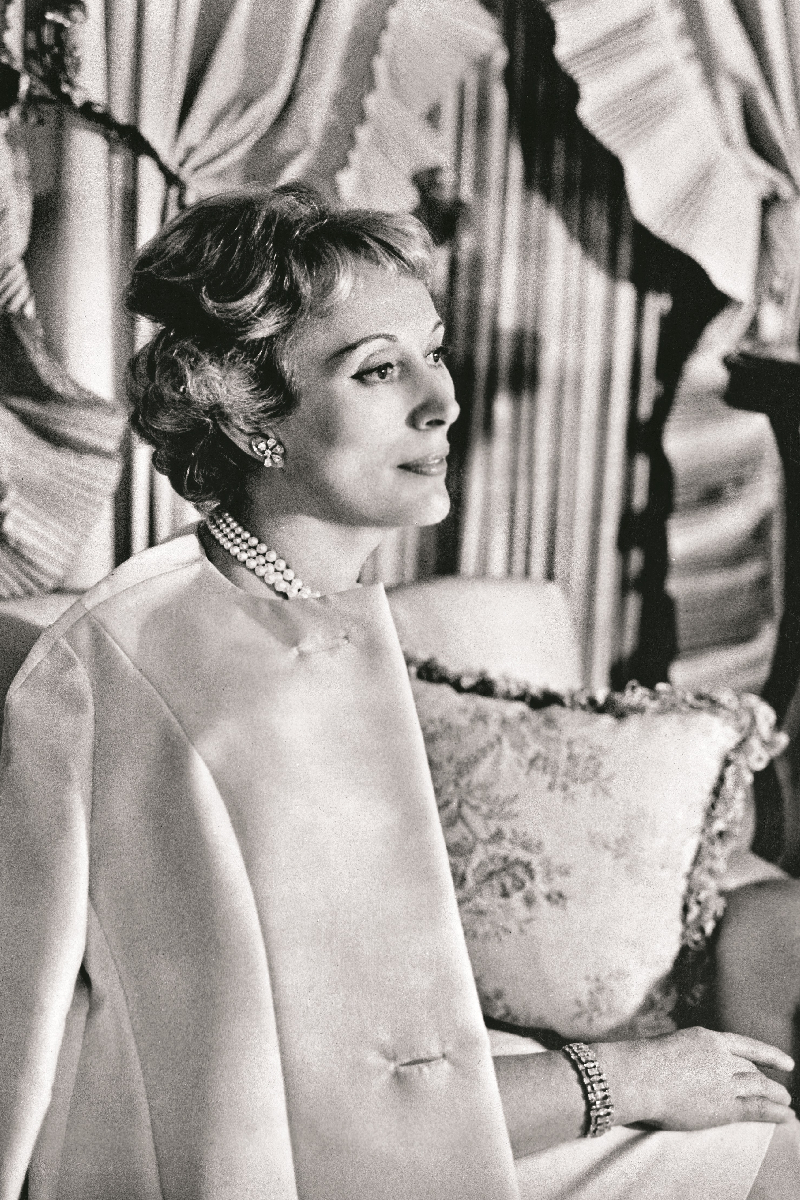 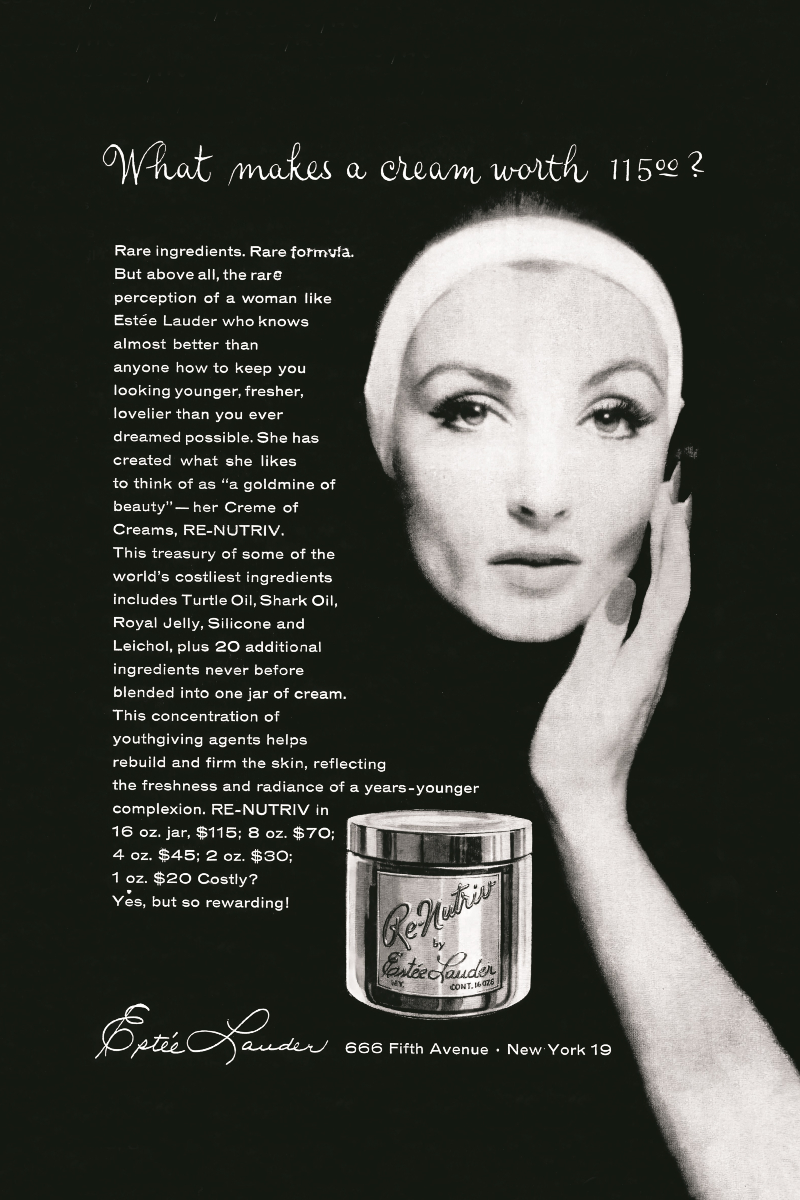 The mother of two’s hunger for innovation and sound business mind consequently cemented her as the only woman on Time magazine’s list of the 20 most influential business leaders of the 20th century.

The secret to her formidable success? In Estée’s own words, she once claimed that “it’s one thing becoming successful, but it’s hard to stay that way. Who helped me? I helped myself”.

And her granddaughter agrees there was no one hard and fast rule.

“There really was no secret,” Aerin admits. “Estée worked very hard for many, many years. As the company continued to grow, so did Estée. She gained experience in every department including all the beauty counters in order to connect with the consumer as much as possible.

“My grandmother used to say that it’s her name on the package, so the product has to be the best that it could possibly be. Every product that Estée launched was perfect.”

Her “passion for beauty and style was eclipsed only by her love for her family”, where the innovator frequently blended her two adored worlds. 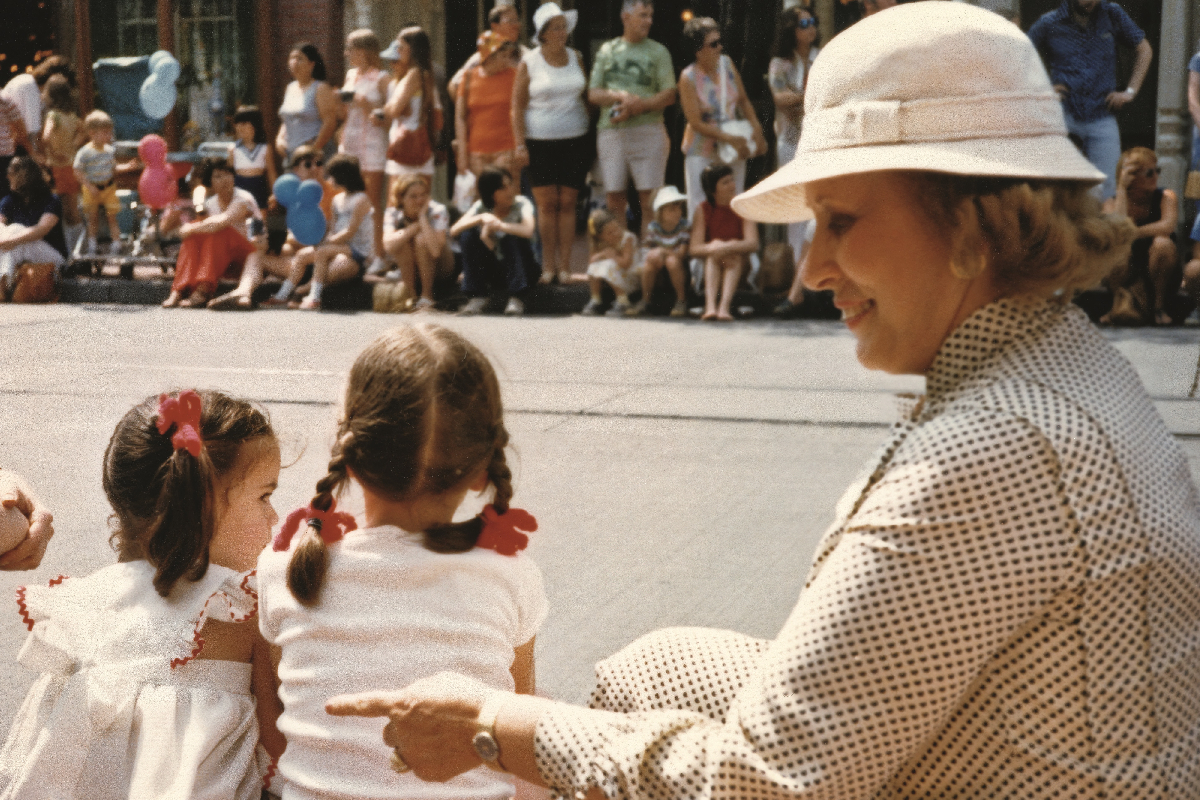 “While each party or dinner was different, one thing was always the same: Everyone left the evening feeling like they were a member of our family. That’s how Estée entertained, and it was magical,” recalls Leonard Lauder, Estée’s son.

Celebrating a milestone anniversary this year, the legacy of Estée lives on through her company, which continues to be run by the Lauders across all levels.

“Having her husband, her sons and eventually her grandchildren join the company meant everything to Estée, because not only were we working hard, but it was a way for everyone to spend time together,” Aerin shares.

It’s one incredible family empire. Spanning more than 150 countries and more than 25 prestige brands in its portfolio, ELC recorded US$16.22 billion in total sales in 2021 – a testament to the founder’s vision.

“Estée had a pioneering spirit of creativity, innovation and fearlessness,” Aerin says. “These values have continued to guide the company to push boundaries and invent the unexpected.

“She gave us the gift to dream big and the wisdom that hard work and determination could make that dream a reality.”

Estée Lauder: A Beautiful Life is available from March 2022.