Some Swiss watchmakers are swapping out dials for touchscreens and making a tentative foray into the world of smartwatches. 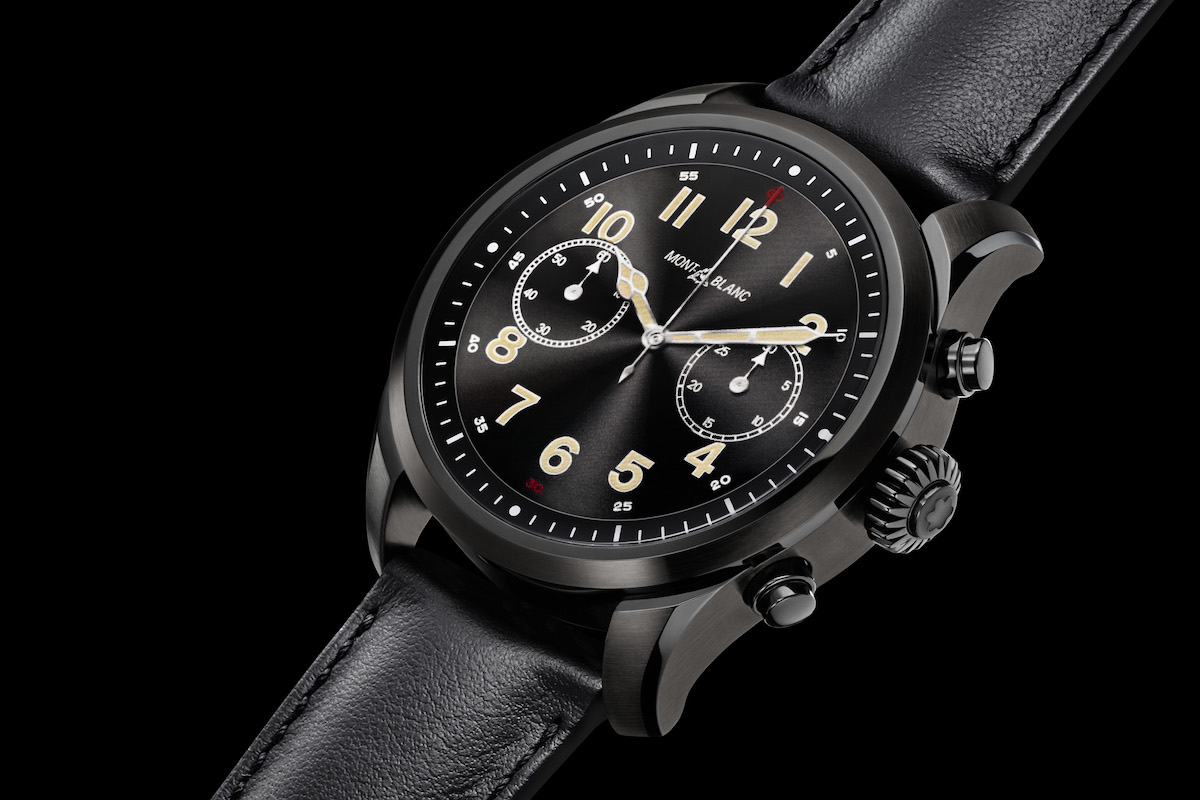 Any horology snob will agree that a clunky screen of a smartwatch clumsily attached to a strap does not make a watch. It’s a good thing then, that the Swiss are finally stepping up and attempting to reclaim the definition of what watches should be – even when they are powered by computer chips instead of gears. Here are four stellar examples of when ‘smartwatch’ isn’t a misnomer. 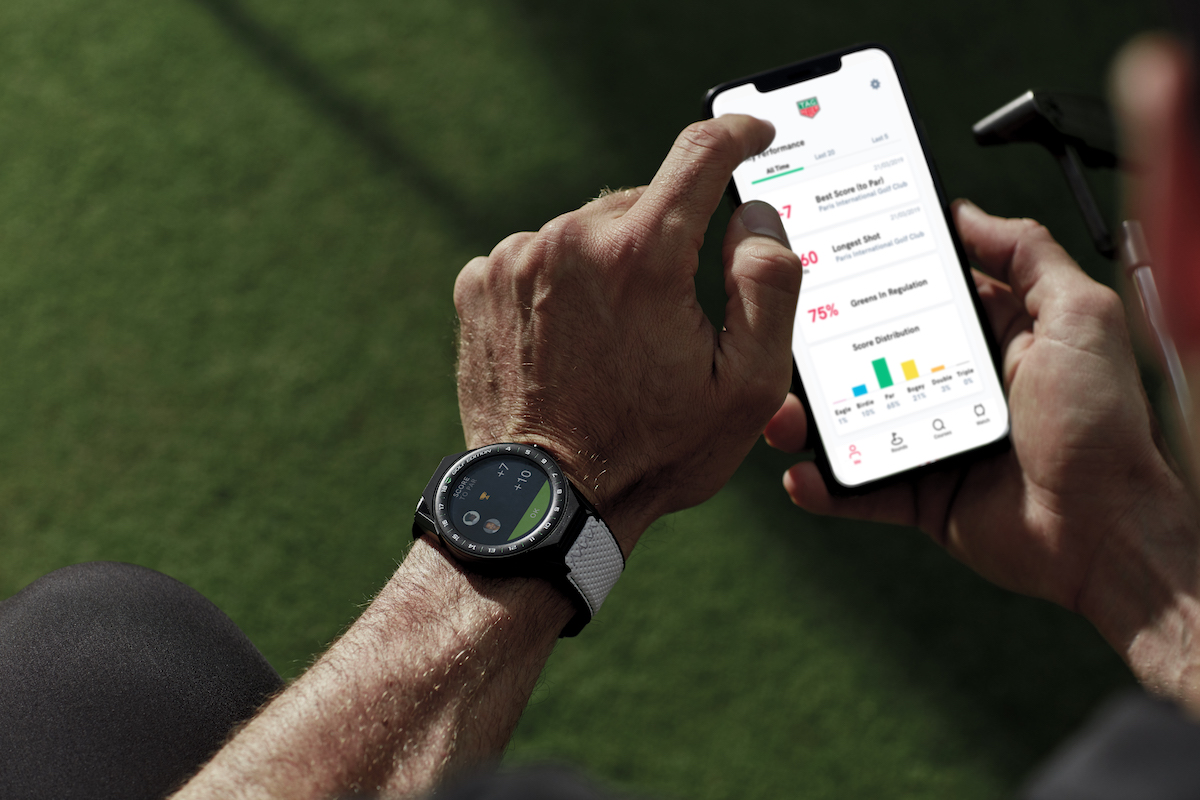 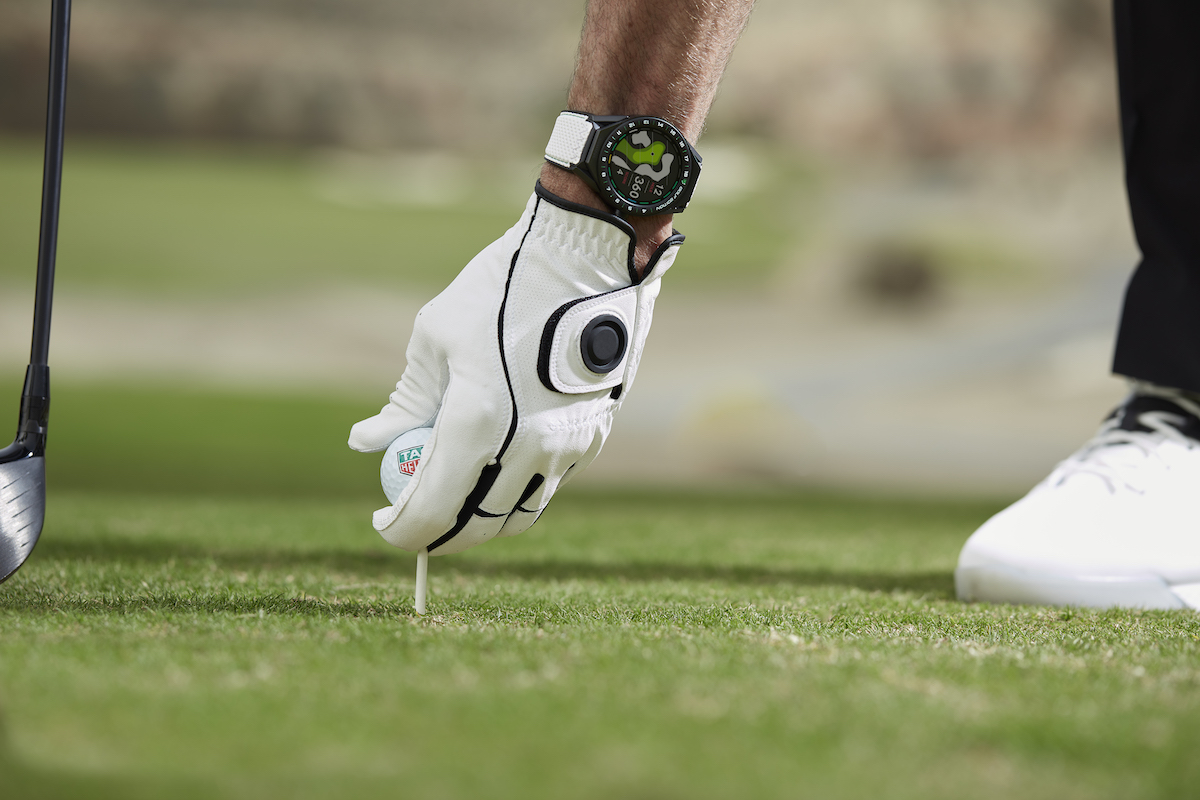 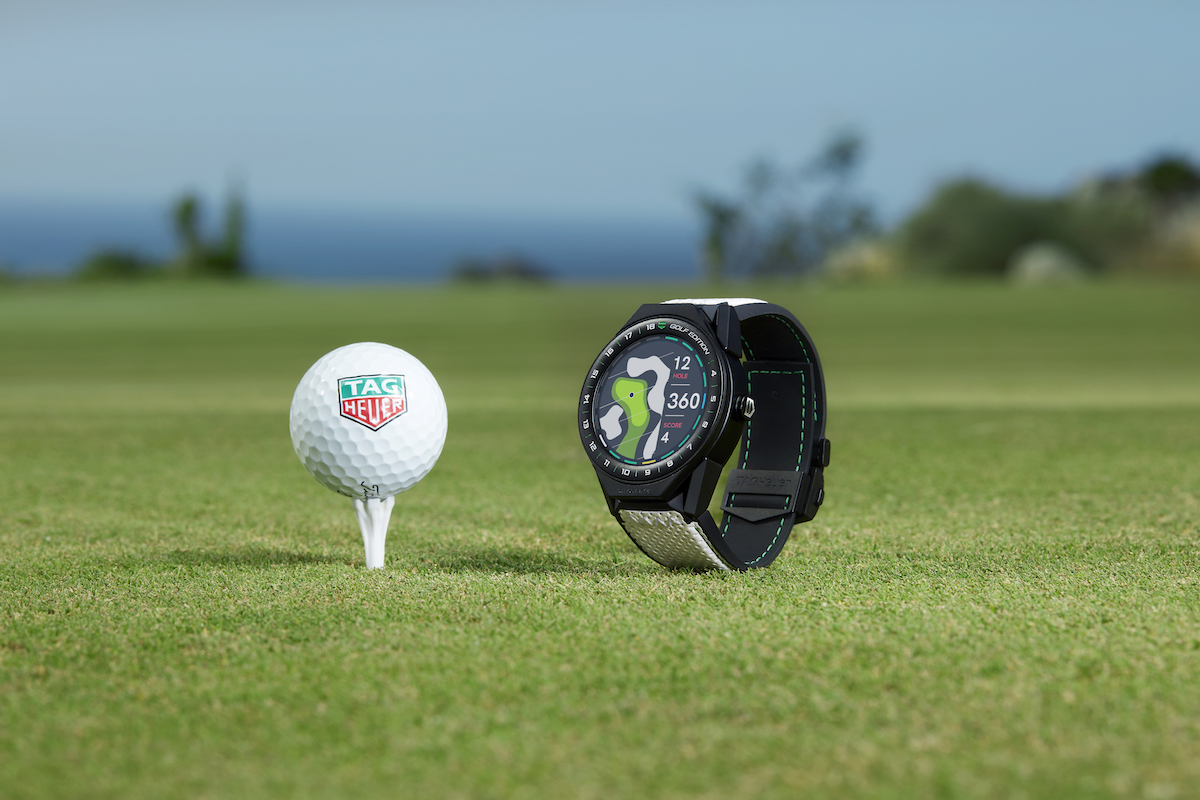 Way back in 2015, when its counterparts in Switzerland were still keeping themselves busy fiddling with tiny mechanical parts and trying to pretend that the smartwatch revolution was not happening, Tag Heuer decided to take the Apple Watch head-on. And it wasn’t just any Apple Watch; it was the Apple Watch Edition, a high-end version of the Apple Watch that came complete with an 18-karat gold case and buckle. Tag Heuer’s answer to that was to launch the Tag Heuer Connected, which it claimed was the world’s first luxury Android smartwatch, that same year.

Four years on, and the Tag Heuer Connected has evolved into a complete line of smartwatches available in different sizes and finishes. This is more than can be said for the Apple Watch Edition, which has been left out of Apple’s software updates and is now more a bracelet than a working watch.

The latest addition to Tag Heuer’s Connected line is the Tag Heuer Connected Modular Gold Edition, which comes complete with a Tag Heuer Golf app that allows the user to see maps of more than 39,000 golf courses, measure shot distances with accuracy to within a metre, and record scores for up to four players. For those serious about their game, performance data is stored in the app so the user can look at statistics like their putting average, longest drive and score distribution.

The timepiece measures 45mm and has a ceramic bezel and a black PVD-coated titanium case. For the price of US$1,850, you get the watch and three Tag Heuer-branded golf balls to match. 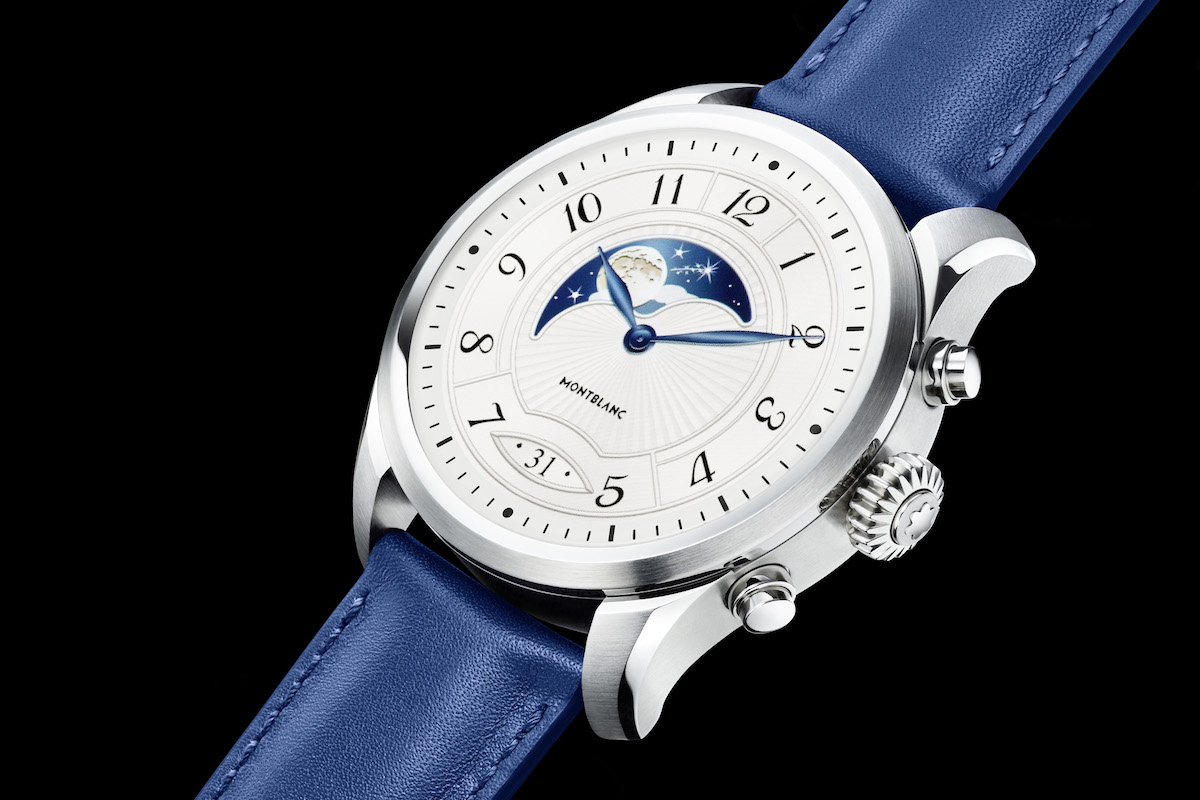 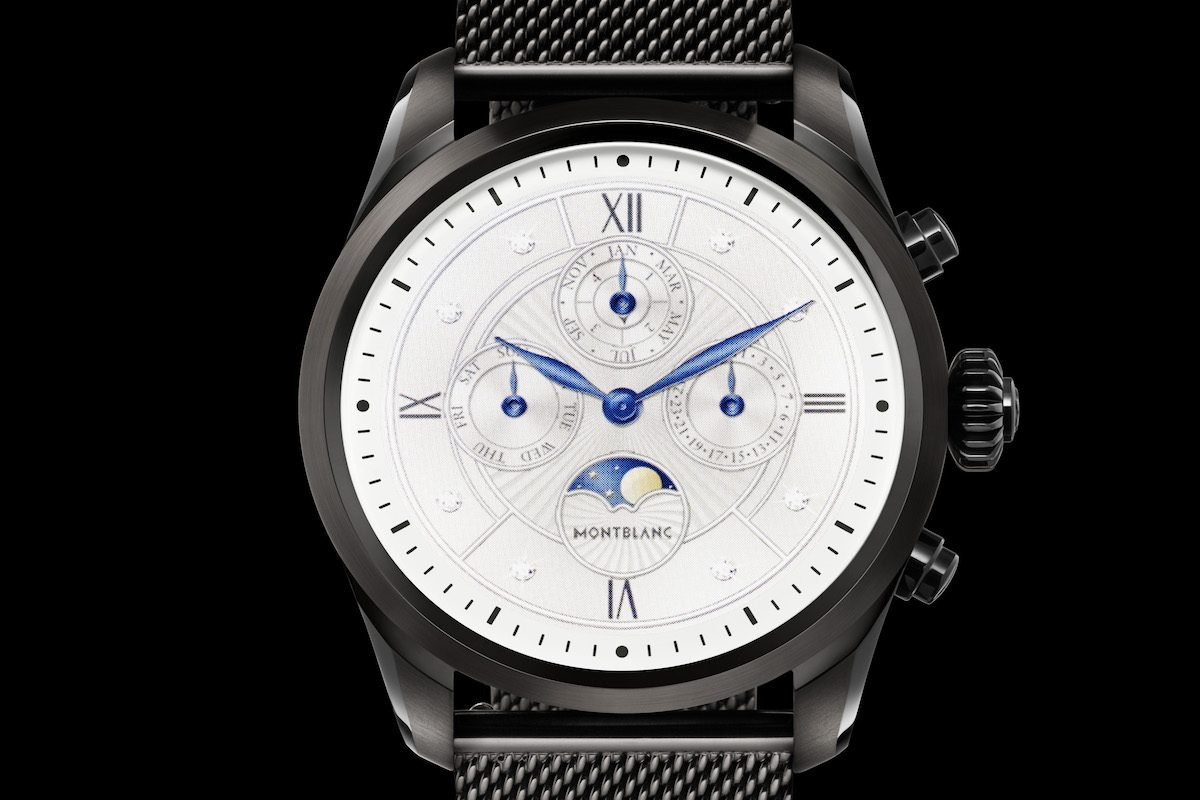 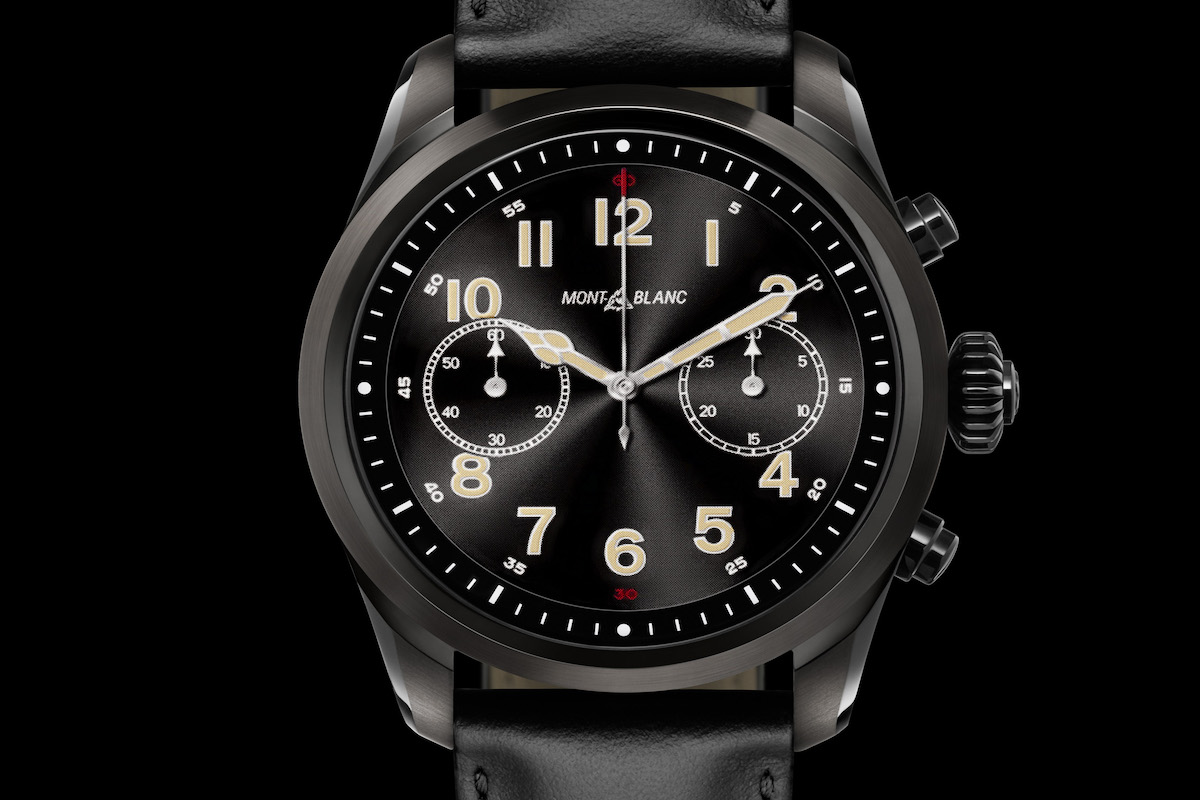 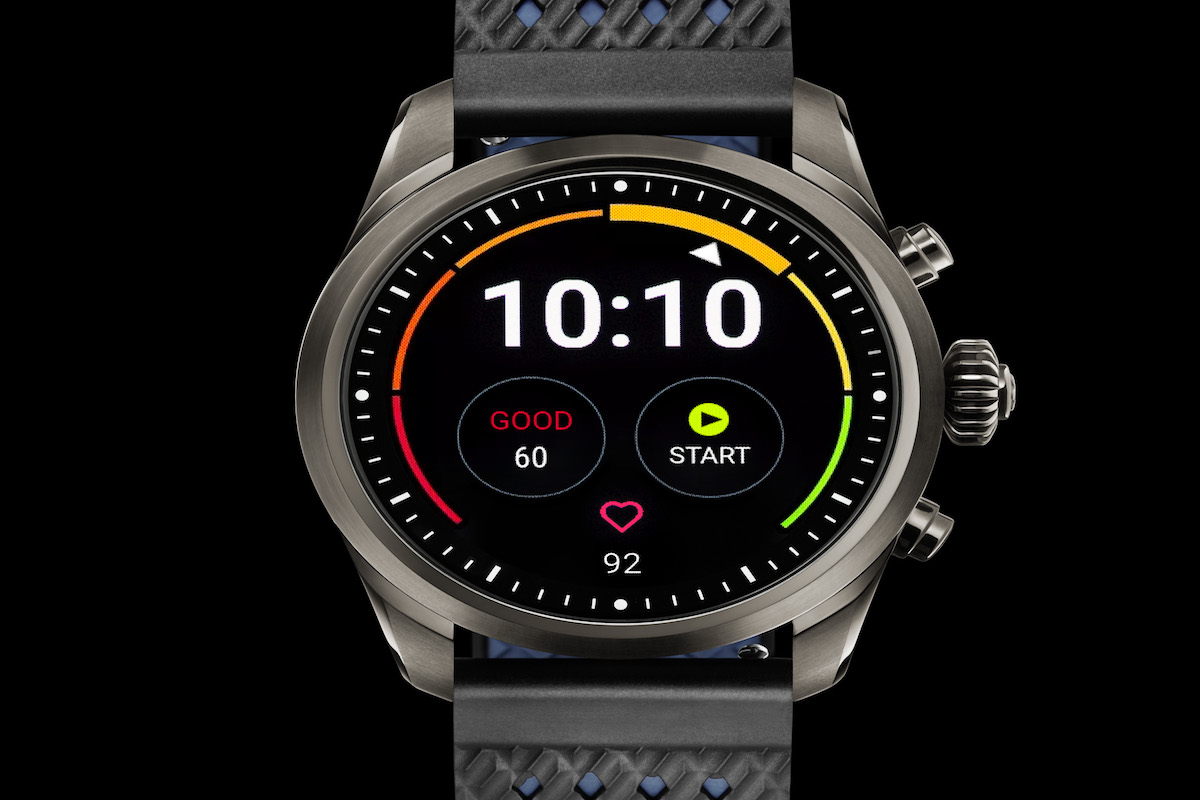 This may be the one timepiece that can make smartwatch converts out of watch snobs. Unlike the aluminium-clad, nylon-strapped offerings of its contemporaries in the smartwatch market, the Montblanc Summit 2 has all the luxury finishings expected of a high-end Swiss watch.

Its solid stainless steel case has a satin finish all over, with contrasting mirror polish on the rims. The lugs curve slightly so that the watch sits ergonomically on the wearer’s wrist. The crown and pushers are faithful to the design found on the brand’s 1858 chronographs. These are the subtle details that only a luxury Swiss watchmaker would take the person-hours to perfect, and truly make a watch geek’s heart beat faster.

Housed within the stylish hardware is top-notch software. The touchscreen boasts as many pixels per inch as an iPhone 6 and when in the always-on mode, gives a vibrant high-resolution display. When used in time-only mode, the watch’s one-day battery life gets extended significantly to a whole week. Also notable is the exclusive Montblanc Timeshifter app, which helps the user reduce the effect of jet lag. The app dispenses science-based advice about caffeine intake, sleep schedule adaptations and light exposure customised to your trip.

The Montblanc Summit 2 measures 42mm and has water resistance up to 50m. It comes with a variety of case and strap styles, including black DLC-coated stainless steel or titanium and leather, Milanese or nylon. Prices start from US$995. 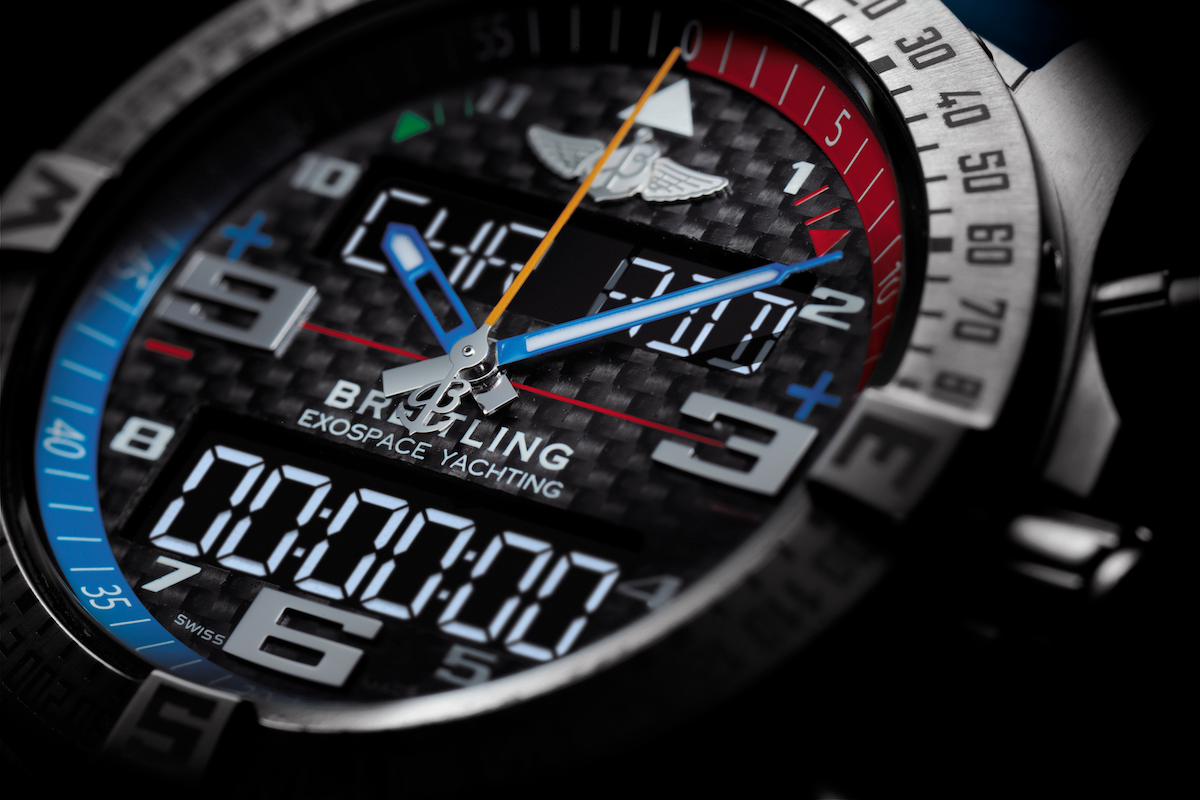 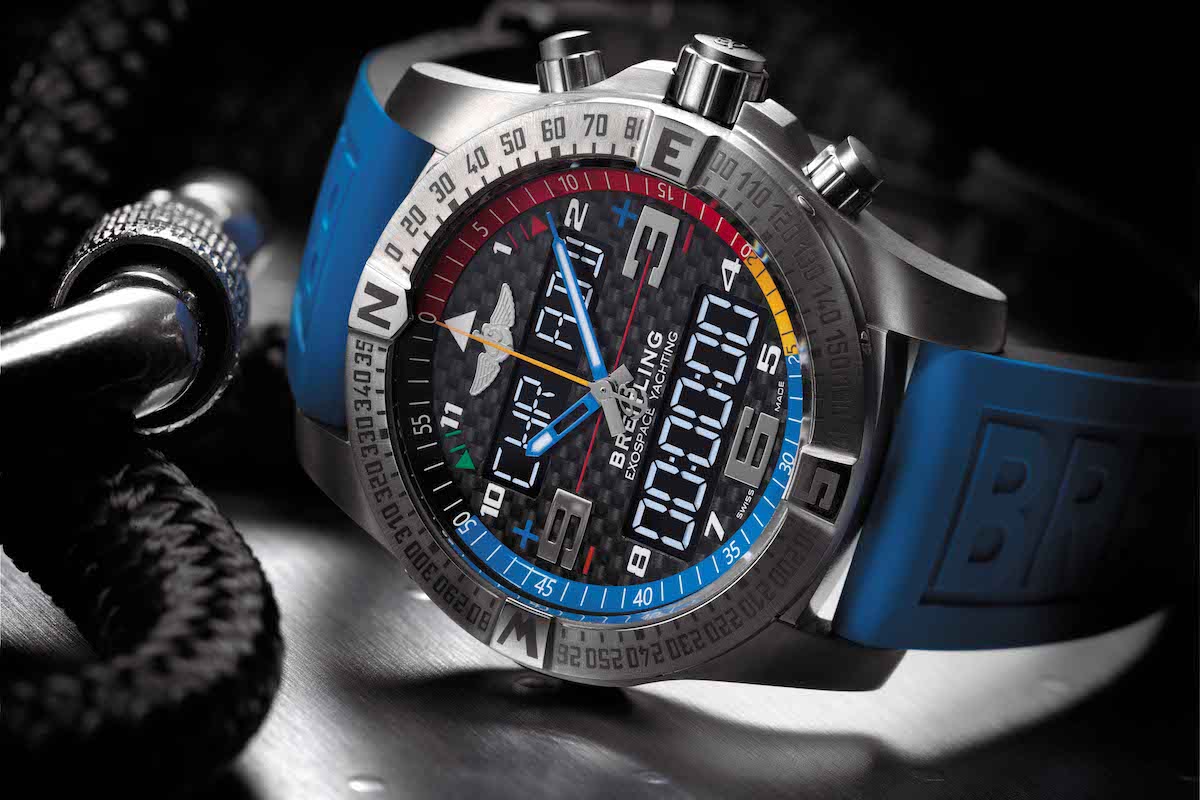 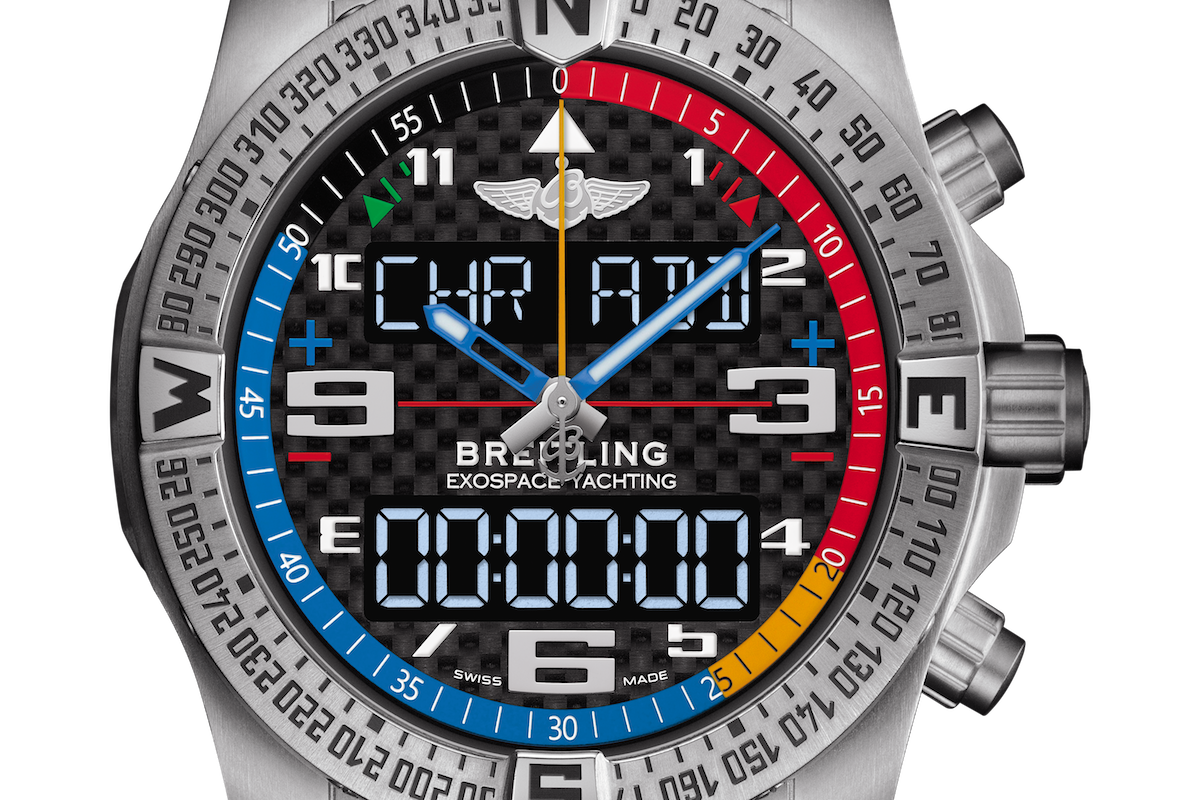 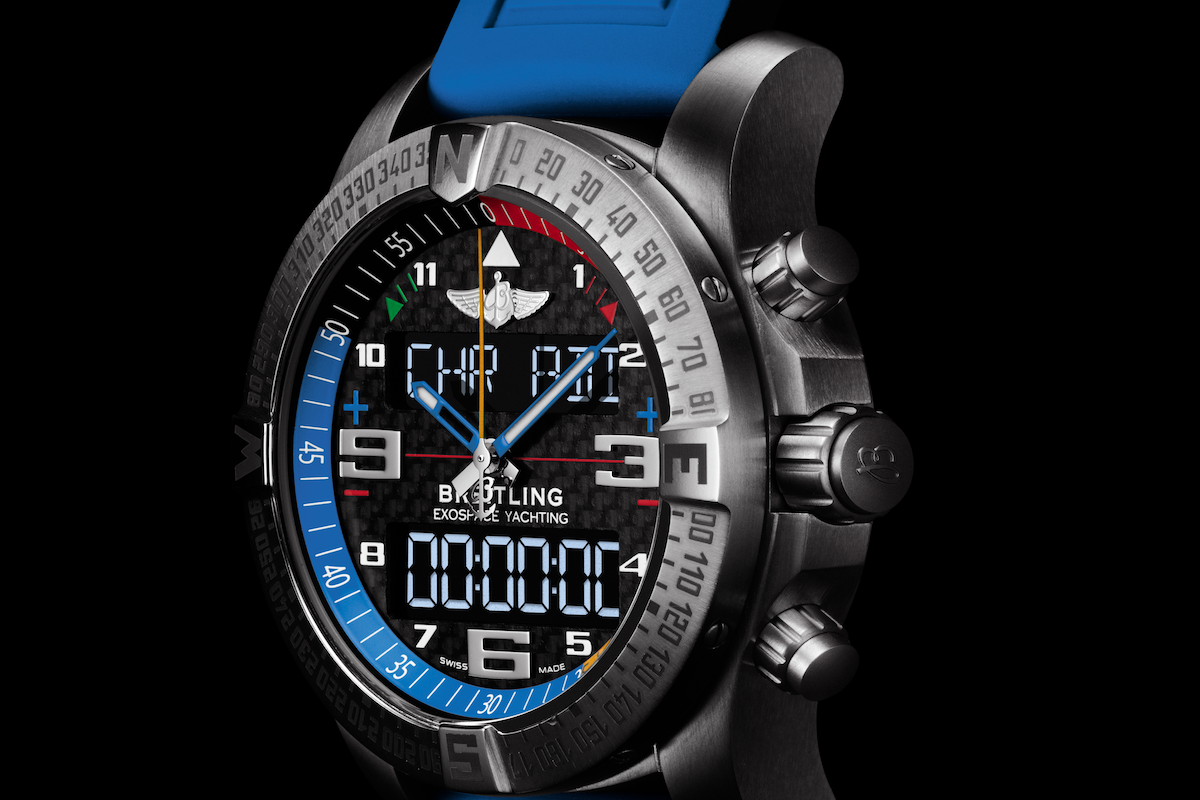 If one is being pedantic, then the timepieces in Breitling’s Exospace series can only be considered connected watches and not smartwatches. Some may even go as far as to call them souped-up quartz watches.

That’s because they cannot provide full functionality without being connected by bluetooth to the corresponding phone app. The watches vibrate to notify the user when a text, call or email comes in, but messages cannot be read on the watch and neither can calls be taken – all these tasks still have to be done on the smartphone.

What then, is the point of the Breitling Exospace line? According to Breitling ambassador Scott Kelly, a retired Nasa astronaut, the collection gives a hint at future possibilities. It provides precision timing and the convenience of crucial information easily accessible with a flick of the wrist; should any of the information require more attention, it is probably better attended to on a bigger screen, anyway.

The B55 Yachting is, in essence, the Exospace B55 with additional functionality made to appeal to sailors. This 46mm watch has a unique split time and countdown system that makes re-syncing time easy should a regatta judge stop and reset the countdown several times during a race. The split time is also logged in the phone app. And because it’s a watch made for the sea, its water resistance is 100m. Prices start from US$7170. 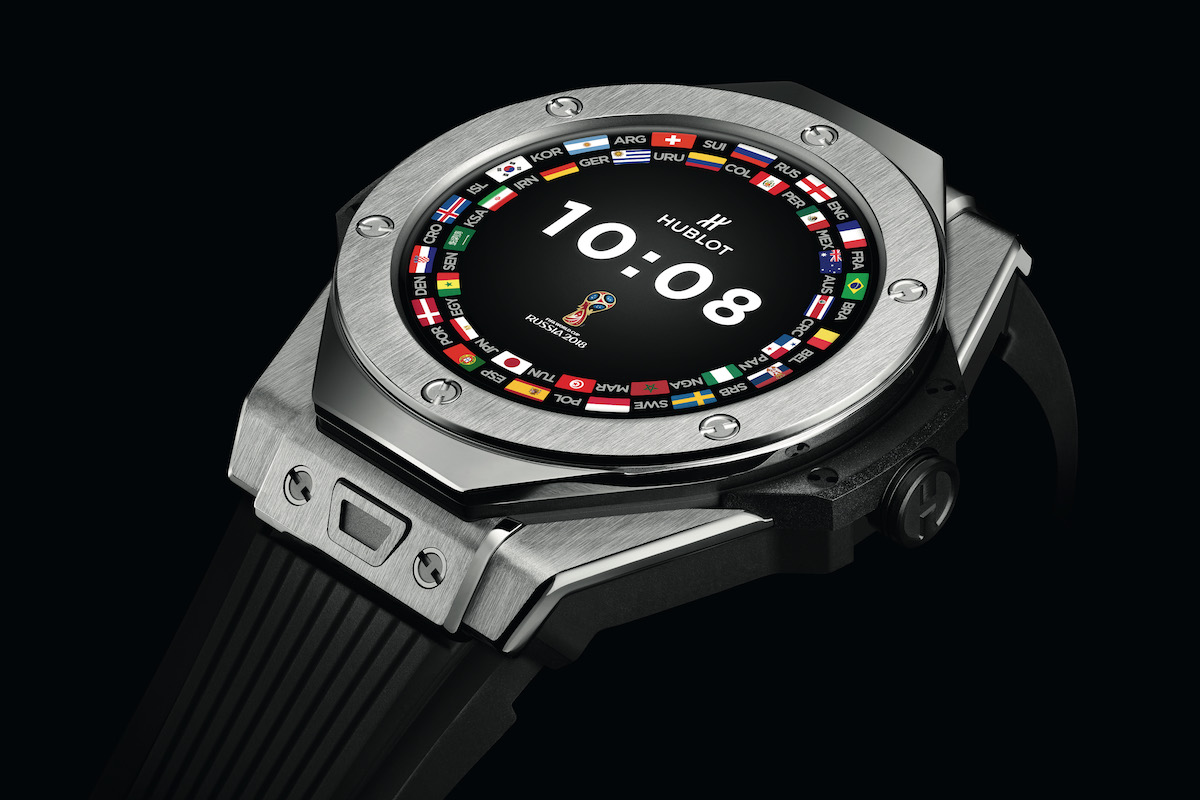 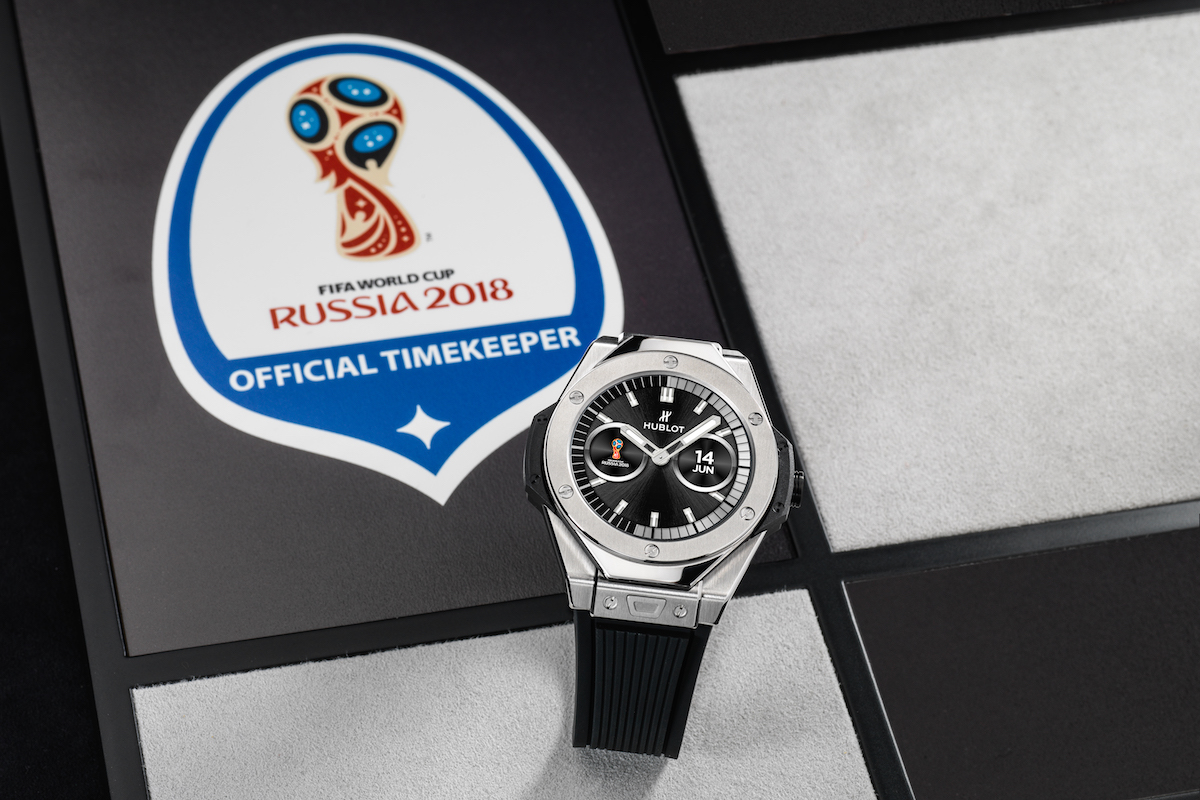 Never mind that one can quickly and easily get match updates on a smartphone; getting them on your US$5,200 smartwatch gives more bragging rights. This was probably the mindset Hublot hoped football fans had when it embarked on its massive mission to design, produce, market and distribute the event-specific Hublot Big Bang Referee Smartwatch in time for the 2018 FIFA World Cup in Russia.

Limited to just 2018 pieces, it was worn on the wrist of every referee during one of the world’s biggest sporting events that had 3.5 billion people tuning in. Given these numbers, it’s clear why Hublot considered the marketing effort worth it, even though the timepiece itself ceased to be relevant immediately after the matches were over.

The 49mm timepiece comes in a hardy titanium case that measures 13.90mm thick, with an operating system that provides an accelerometer, a gyroscope, GPS, as well as timing functions that are presumably important to the referees – although the World Cup must have a well-established score-keeping system in place that doesn’t depend on the marketing whims of a brand. The big pull of this watch for fans, however, was the push notifications that provided users with updates on the teams that were playing and the current scores.

If the brand has done it once, it can do it again. Fans of both football and horology who missed out on this timepiece can keep their fingers crossed that Hublot pulls off a second iteration of this timepiece for the 2022 FIFA World Cup.