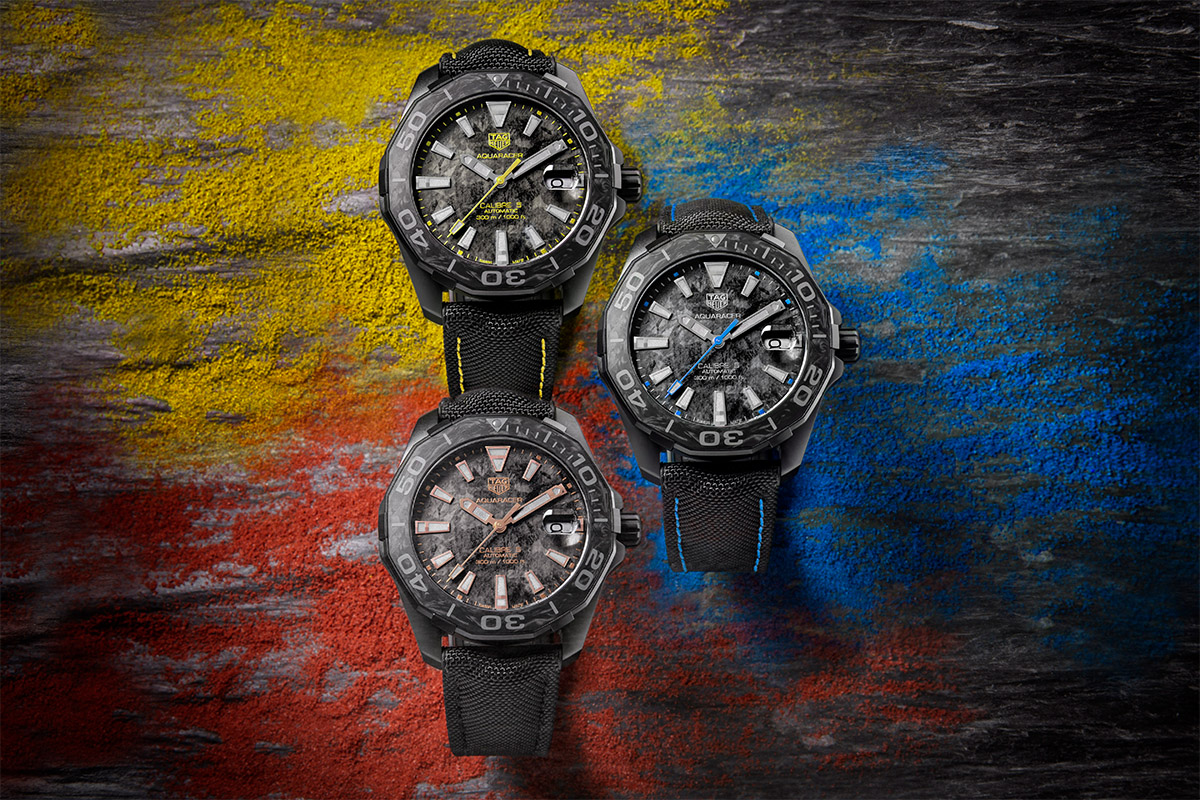 Divers plunging into the dark depths of a tank filled with gnarly sharks to retrieve beautifully crafted carbon-finished watches marks the celebration of the latest TAG Heuer collection.

The cutting-edge brand showcased its exclusive special edition Aquaracer Carbon series in a tank teeming with sharks before it sent influencers Sam Evans and Will Tresidder to dodge the deadly marine creatures and fetch the water-resistant timepieces from the murky tank floor.

The Swiss watchmaker launched its ultimate dive watch with the thrilling stunt to embody the brand’s tagline Don’t Crack Under Pressure and it offered the first 10 buyers in Australia (who purchase the watch from a TAG Heuer boutique store in Sydney, Melbourne, Chadstone, Brisbane or Pacific Fair) a complimentary shark dive experience.

The new collection has just 750 pieces of each design worldwide, and each stands out in striking hues of blue, yellow or rose gold with a jet-black base, creating an elegant yet sporty timepiece. It has been described as the perfect watch to add to an aficionado’s collection. 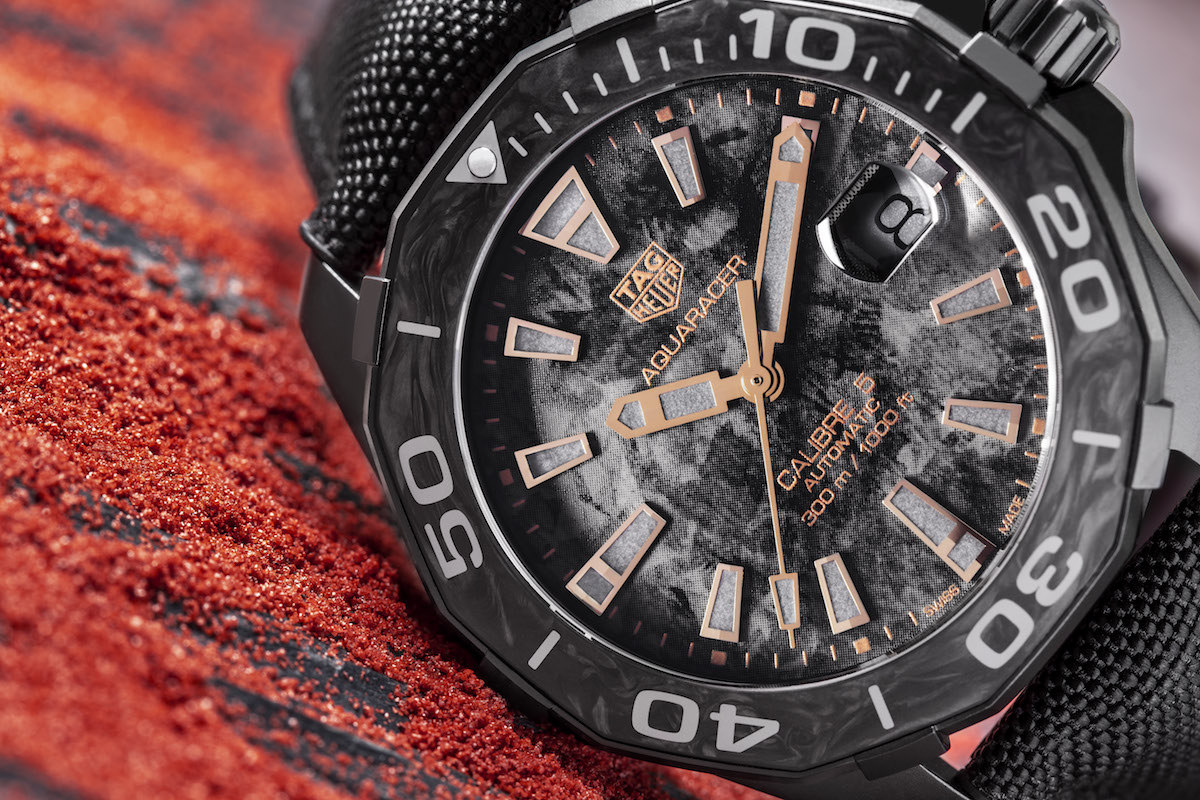 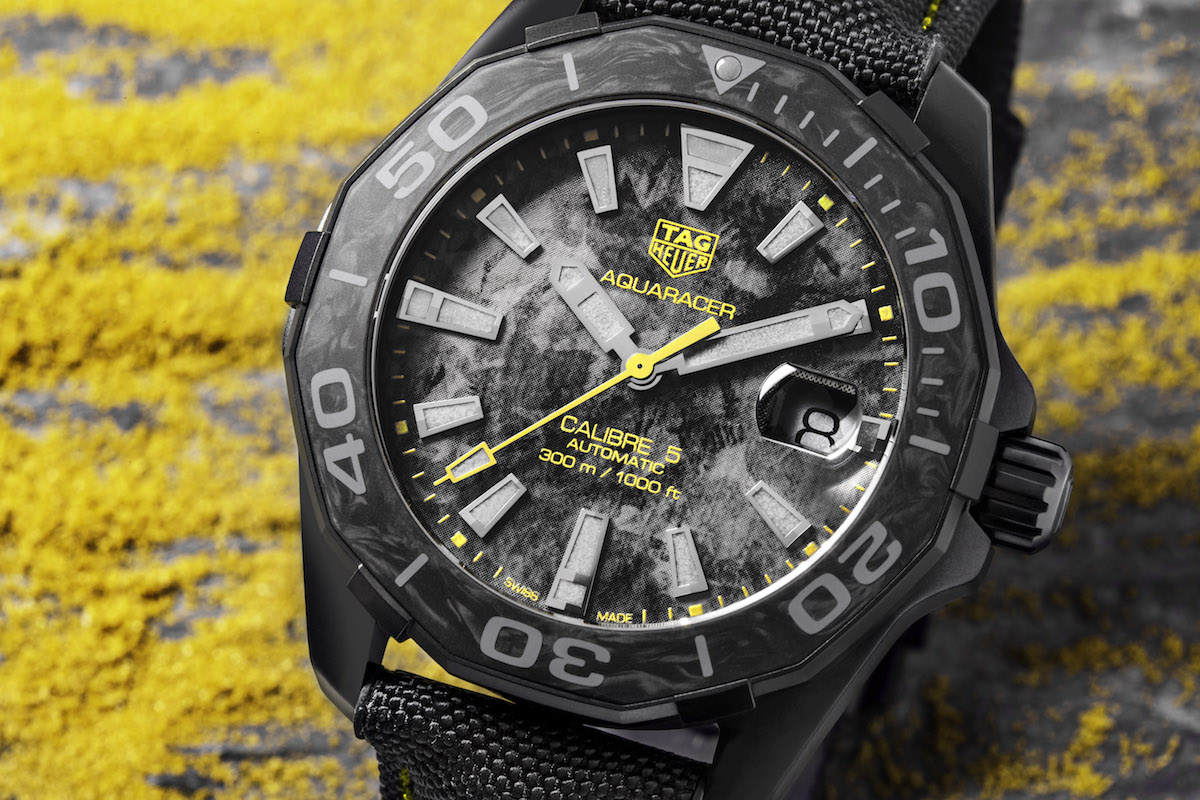 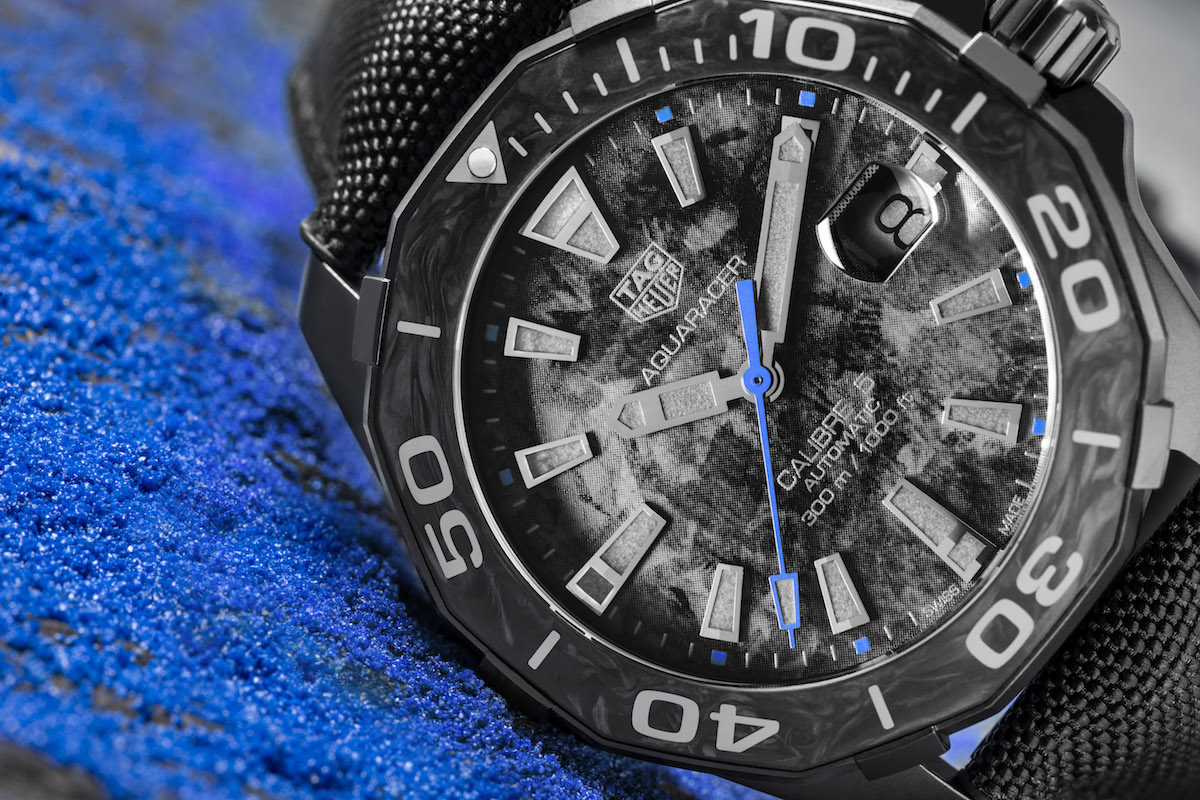 This most modern incarnation of the renowned brand is lightweight, durable and features a 41mm black PVD-covered titanium case embossing the carbon bezel.
Carbon fibres injected into a resin pressed at high temperatures craft the unique watch, which is waterproof to 300m and is enhanced by a luxe black band with topstitching mirroring the dial colours.

The handbag company took product launches to the next level for its spring 2017 collection by bringing a camel into the concrete jungle of Manhattan.

Inspired by Morocco, the Kate Spade New York Spring 2017 campaign added to the iconic New York streets with a camel draped in leather goods as it was lead by a model across zebra crossings.

The colourful launch featured Chinese-Australian model Fernanda Ly leading the desert icon through the bustling city as many passersby hardly batted an eyelid at the spectacle.

Adorable dogs donning tiny yellow sweatbands on their front legs replaced traditional ball boys in 2015 at the Auckland Open, making it quite possibly the cutest tennis match in history.

To promote the ASB Classic tournament, the New Zealand bank brought in three pooches – Oscar, Ted and Super Teddy – to retrieve tennis balls during a match between Venus Williams and Svetlana Kuznetsova.

Described as being The Best Ball Boys in the World, the three pups showcased their exceptional skills as they waited patiently on the sidelines until it was their turn to steal the show and grab the balls.

Product launches were sent out of this world when Tesla sent its latest car to Mars in a 2018 campaign.

The company’s brand new Falcon Heavy was rocketed into space in February making it the world’s first space sports car.

The cherry red convertible roadster was flung towards a solar orbit by SpaceX with a mannequin dressed in a spacesuit in the front seat.