What it takes to become the Olympic Games’ ultimate timekeeper

The concept of time and global competitive sports are synonymous with one another. The CEO Magazine sits down with Alain Zobrist, the CEO of Swiss Timing for OMEGA, to talk about the intricacies of precision timing in this hidden industry. 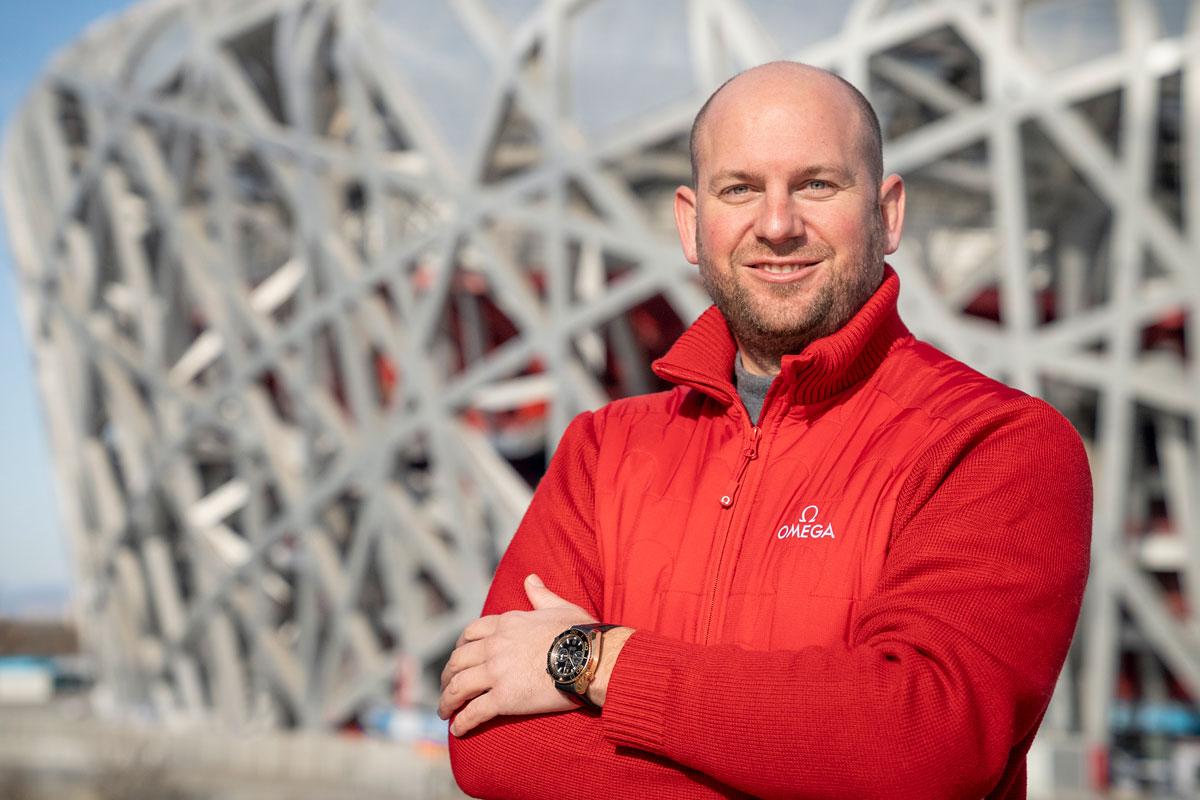 As the CEO of Swiss Timing for OMEGA, Zobrist commands one of the most demanding roles that’s often overlooked in the business of global sports. Whether it’s the Olympic Games, the Paralympic Games or a grassroots non-televised competition, Zobrist is on the ground ensuring every element of timing precision is met. What OMEGA represents in the watchmaking world needs to be replicated in real time in the complex services that Swiss Timing offers to every single sporting event.

It’s little wonder that even this conversation with Zobrist was completed in record time. Today, The CEO Magazine talks to him about what it takes to be successful in the role and the high-calibre teams required to manage this dynamic partnership dating back to 1932.

Zobrist has held the CEO role at Swiss Timing since late 2014. It’s a division of OMEGA which handles the sports timing and data handling technologies for some of the world’s most prestigious sporting competitions. Naturally, the role comes with its own unique set of challenges and stresses, but he is entirely realistic about it.

“But you know, it’s like every other job. I guess yours can be stressful also. You know, it’s the same for all kinds of jobs, right?” he says.

Prior to assuming his position at Swiss Timing, Zobrist worked for OMEGA for over 15 years where he most recently worked as its Head of Global Sports Marketing. Being born and raised in Switzerland with a degree in economics and marketing also makes him one of the most qualified figures for the role.

Advancing the technology of timing

Swiss Timing lies at the intersection of cutting edge technology and sports. No one counterpart can be successful without the other which means there’s always a unique set of challenges, which Zobrist says is overcome with innovation and trialing. The differences between OMEGA’s watchmaking department and Swiss Timing is even more intriguing.

“The history is actually very interesting. Looking at it back in 1932, OMEGA was chosen to become the first official Olympic Games timekeeper because of its watches. And at the time, OMEGA was the only watch brand capable of providing accurate timing nearest to the 10th of a second with homologated chronographs.

“That was actually where it all started with timekeeping. And then with the birth of electronic timekeeping, I would say traditional watchmaking and timekeeping as we know it today kind of went separate ways. The values however, remain the same.”

These values, according to Zobrist, cover accuracy, precision and attention to detail which continue to be at the core of both divisions.

“Without OMEGA you would not have the Olympic Games. They would simply not take place.”

Where timekeeping technology does have to stand the test of time as well as the rigours of operation remains out in the field. Given that Swiss timing looks after Summer and Winter Olympic Games, their equipment needs to have reliability built in across environmental extremities.

“This is something that we consider when we build new equipment,” Zobrist explains.

“When we innovate and industrialise equipment, we have to consider the operating environment. I think it was plus-44 degrees Celsius in Tokyo at the athletics track one morning; really, really hot. And then minus-34 degrees Celsius at the start of the downhill racing in Beijing. So that was the maximum gap that we had between Summer and Winter Olympics with just eight months between.

“I would say the innovation process is an ongoing process. So we never stop innovating. But we have clear processes in place where we use or test our devices before bringing them to the Olympics.”

This means using the latest equipment at smaller non-televised competitions or national events. From there the approved technology progresses to televised events and then to the World Cup or World Championships before entering the Olympics.

“The devices need to be used for different reasons, but I think the main reason is that the athletes themselves are our first clients. They’re the ones who utilise our equipment to perform. So if they’re not used to that equipment or didn’t have the opportunity to compete or train with that equipment, it would not be fair to them.

“That’s why we bring in that innovation way before the Olympics and to worldwide competitions.” Zobrist isn’t the only one who continues to ensure Swiss Timing is the successful operation it’s been over the decades. There’s an expansive team backing him who are often out of the spotlight of live coverage feeds.

“It’s massive,” Zobrist says. “For the Summer Olympics, we’re talking about over 500 people. For the winter Olympics there’s about 300 timekeepers.

“In terms of equipment, for Beijing we deployed 200 tonnes of equipment. It all needs quality control and homologation. And then obviously, we need to be the controller as well when providing results.”

“They have their own homologation process so they make sure that we abide by their standards,” Zobrist adds.

“For some of our equipment, the timers and photo finish cameras that are key components for what we do there, we have our own quality process that has been actually homologated.”

The most notable link between their watchmaking division and Swiss Timing’s instruments lies in the certification. The equipment is certified by METAS – the Federal Institute of Metrology, the same body that also certifies OMEGA’s timepiece movements in order for them to be considered as Master Chronometer models. Fundamentally, earning this certification is an indication of high precision timing.

“That’s a synergy that we have between watchmaking and timekeeping,” Zobrist says.

“And then our software is also being tested in our labs. When we go on operations, we work hand in hand with judges who are federation officials who officialise the results that we measure.

“So there’s always a pair of additional eyes to look at what we do and to say yes or no to the result that we just made.”
Zobrist isn’t coy about who he credits to getting such a monumental operation off the ground for every event, big or small.

“I have a great team and I think this is making the entire difference. We have fantastic timekeepers who’ve been with us for many years who know exactly what they’re doing; experts in their field of activity. And we have amazing engineers as well – over 150 engineers who are very skilled.

“And we’re not doing this for the first time. We’ve been doing this for 90 years, so there’s a lot of experience. That all comes together, which I’m very lucky to count on when going to these events.”

Meeting the global standards of sporting competition at the highest level is no easy feat.

When audiences see the Olympic timing on their screens, their brains reference OMEGA immediately as their logos adorn every screen that requires timing.

“As an official timekeeper, you have a fundamental role in the Olympics or any sports event. Without OMEGA you would not have the Olympic Games. They would simply not take place. So that role is absolutely crucial for the organisation of a smooth Olympic Games.

“And I think the trust that has been built over the years, now with the International Olympic Committee, the athletes, the coaches and judges, and with all the officials has put us in this position where we can innovate.

Zobrist is boisterous about the future of Swiss Timing’s partnership with the Olympic Games, a relationship which he hopes will extend beyond 2032, a year which will also mark their 100th anniversary together.

“It’s been a long time,” Zobrist smiles. Luckily, time is on their side.