Inspired by the women in his life, the Swiss businessman released an elegant, time-telling piece of art. 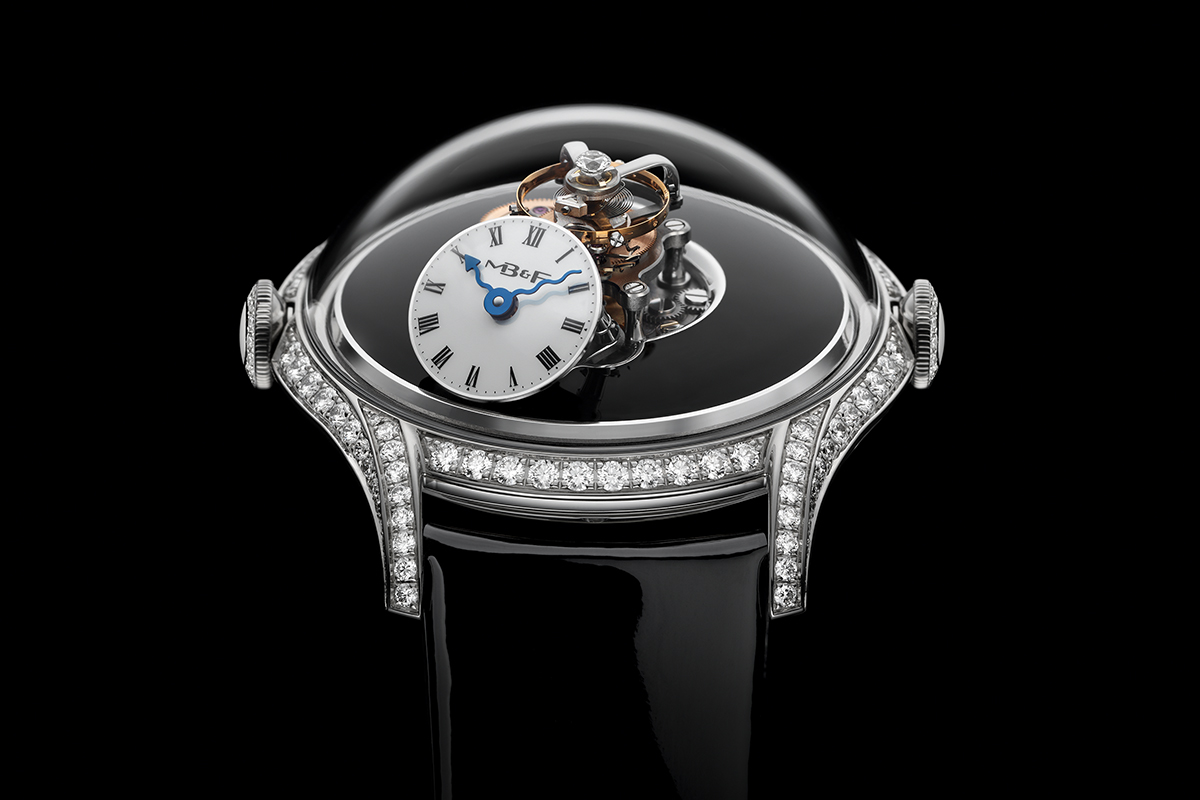 “You only get pride from taking risks, and creative risks in my case.”

And at 52 years old, Maximilian Büsser has spent his life dodging the challenge of creating the perfect women’s timepiece – until now.

The Swiss founder of Maximilian Büsser and Friends (MB&F) unveiled the spectacular horological artwork, Legacy Machine FlyingT, in the weeks leading up to Baselworld 2019.

Comprising 17 components, a white gold case, 100 hours of power reserve and dozens of the finest diamonds encased in a sapphire crystal dome, the creation is a fusion of elegance and energy.

“The movement is incredible. It’s completely developed in-house,” Büsser says. “It’s a flying tourbillon because we didn’t want any bridges.

“We’ve taken out virtually every bridge we could and constructed it at a height.”

A single diamond is placed at the top of movements rotating with the tourbillon just like “a ballerina going around”.

The watchmaker took inspiration from the women in his life, creating a piece for women so complicated it terrified him.

“There is a lot of childhood in this piece. I wanted it to be a gift,” – Maximilian Büsser

“It was so complicated. I don’t have that reflex anymore,” Büsser says. “I do not know how to create for somebody else and more than that, I have no idea what a woman wants.

“They are very energetic and at the same time super elegant, so that’s one of the important things I tried to put in this piece. Energy and elegance.” 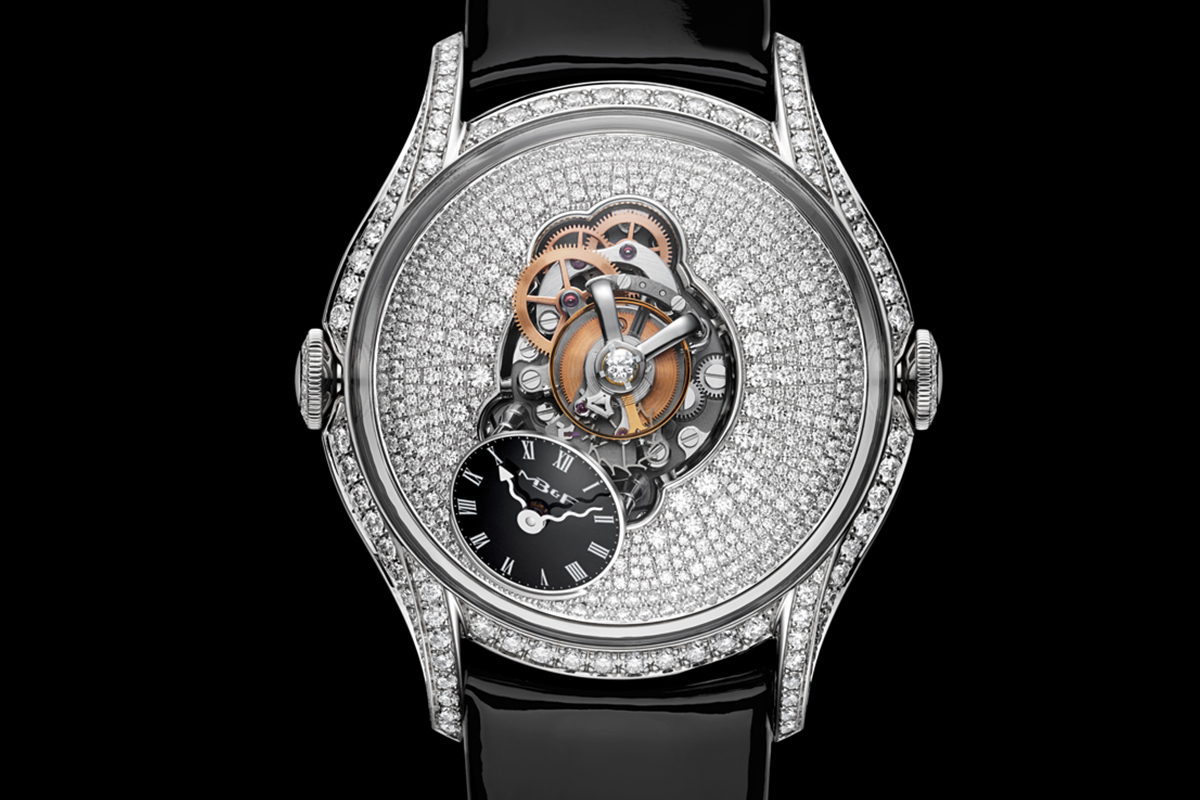 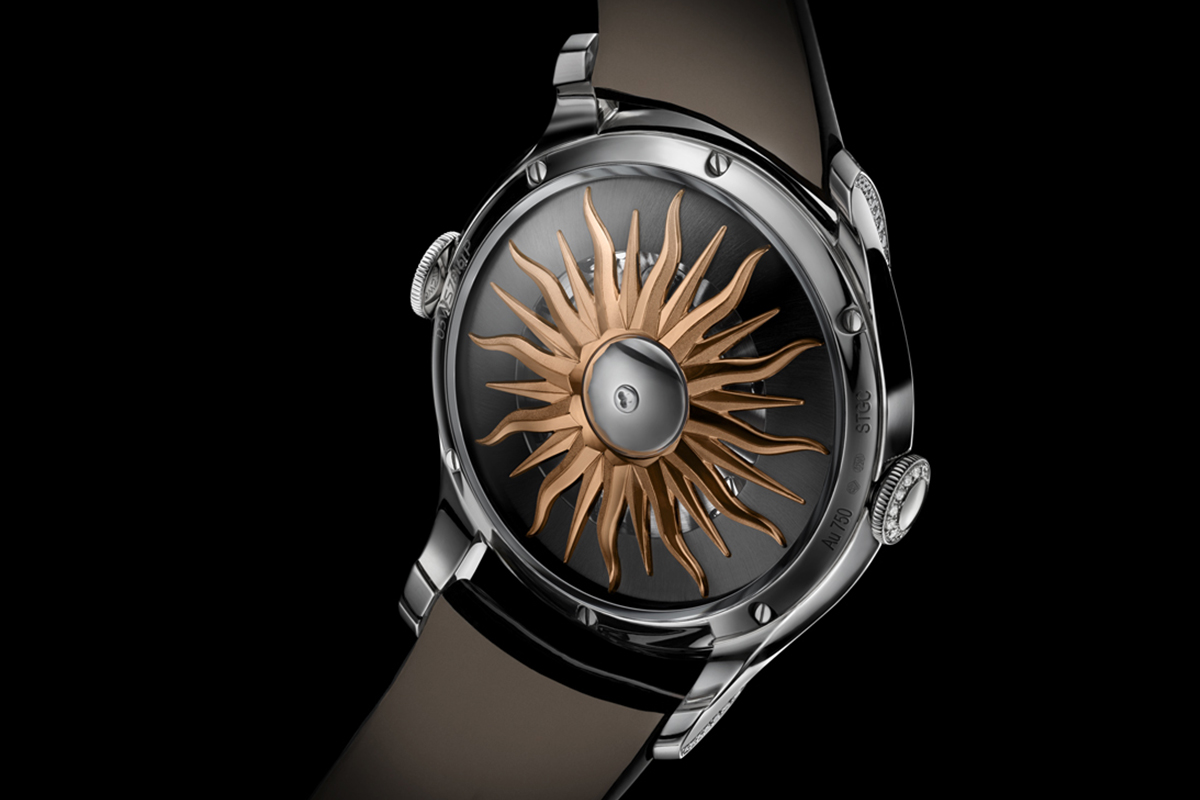 The three-dimensional watch is captivating with elongated lugs fully set with diamonds, a crystal dome rising from the bezel, subtly curved dial plate, glittering with white diamonds and a flying tourbillon high above the rest of the movement.

But what makes this creation even more spectacular is the dial, which is placed at the 7 o’clock position with a 50-degree tilt – creating an intimate experience for the wearer who is the only one who can read the time.

“There is a lot of childhood in this piece. I wanted it to be a gift,” Büsser says.

As a maverick of the watchmaking industry, The CEO Magazine sat down with Büsser to find out why he believes keeping time is not the point of his horological machines.