The Abu Dhabi EDITION, set on the waterfront overlooking the Arabian Gulf, is a standout hotel in a city that is renowned for embracing all things bold and new. 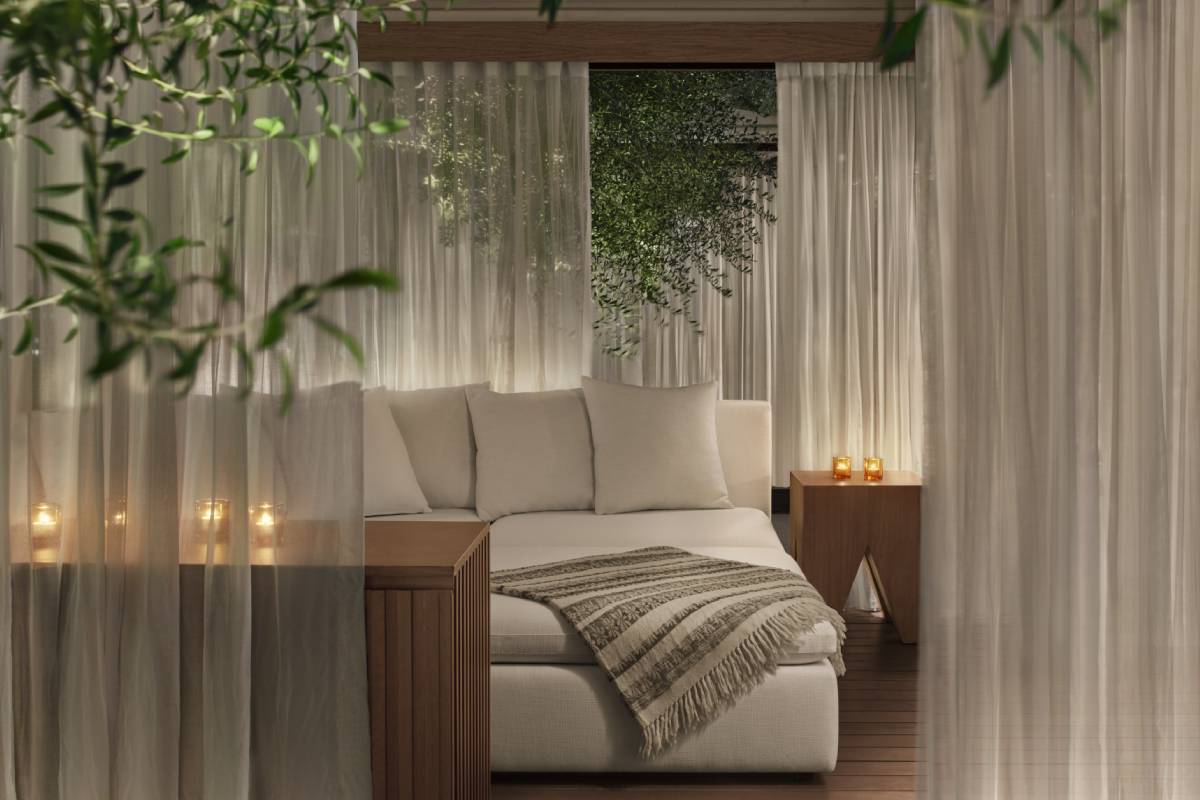 If you’ve heard of Studio 54, the former infamous New York nightclub, you’ve probably heard of its trendsetting co-founder Ian Schrager. Since moving on from the club scene of the 1970s, Shrager has designed countless boutique hotels. Now working with the Marriott group, he is the creative force behind the chic EDITION hotel collection. The Abu Dhabi EDITION, which opened last November, recently played host to The CEO Magazine over a memorable weekend.

It is the first EDITION to open in the Middle East, and like the other hotels in the group, it is very much an individual. From the soaring open space of the five-storey lobby to the elegant mix of contemporary and classic design details and artworks in the restaurants, guestrooms and residences, the EDITION is a cool, calm oasis where the service is warm and personal. “It’s about an attitude, about a feeling rather than a look,” Schrager says. “Sophisticated public spaces, finishes, design and details serve the experience, not drive it.”

The Abu Dhabi EDITION has 198 guestrooms and suites plus 57 exclusive residences, serviced apartments that are linked to the hotel but have their own entrance, pool and facilities. It is located on the Al Bateen peninsula, 20 minutes from The Louvre Abu Dhabi and the beaches of Saadiyat and 30 minutes from Abu Dhabi airport. It is designed for international business and leisure travellers, families and couples, and its restaurants and standalone, uber-cool Annex club complex are also open to local residents and visitors. 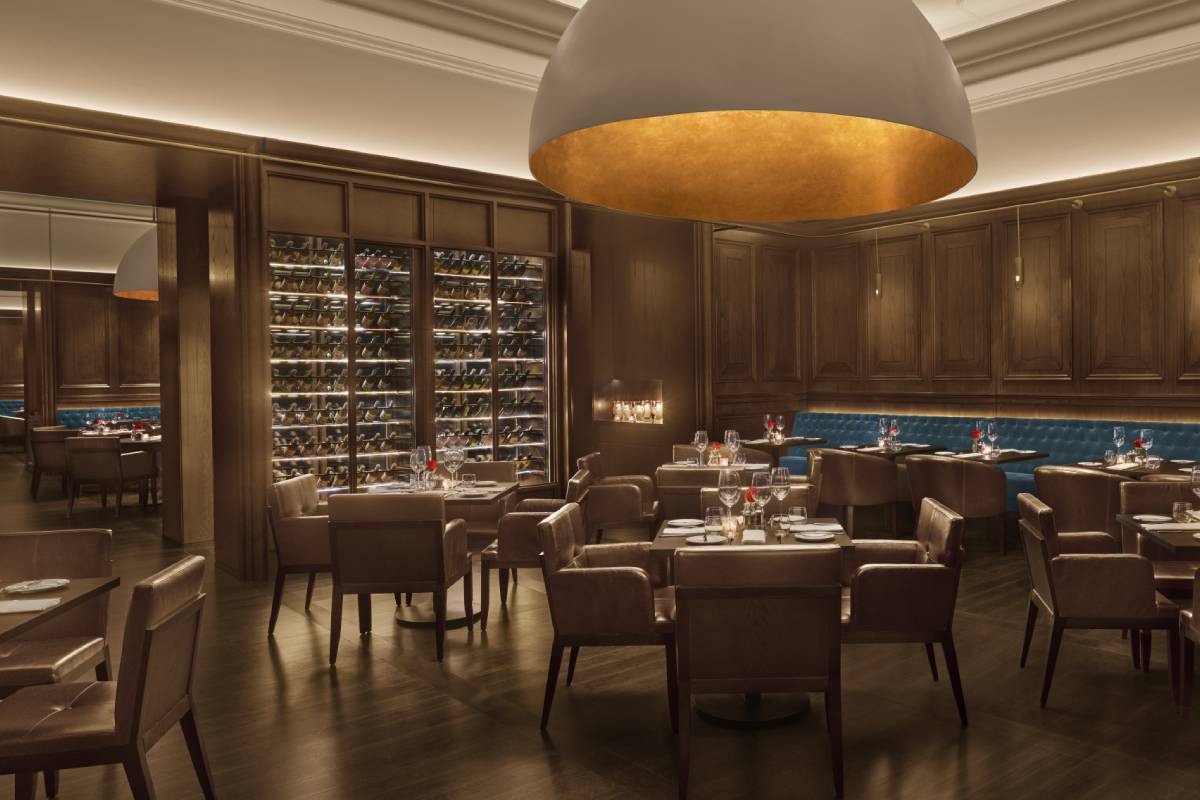 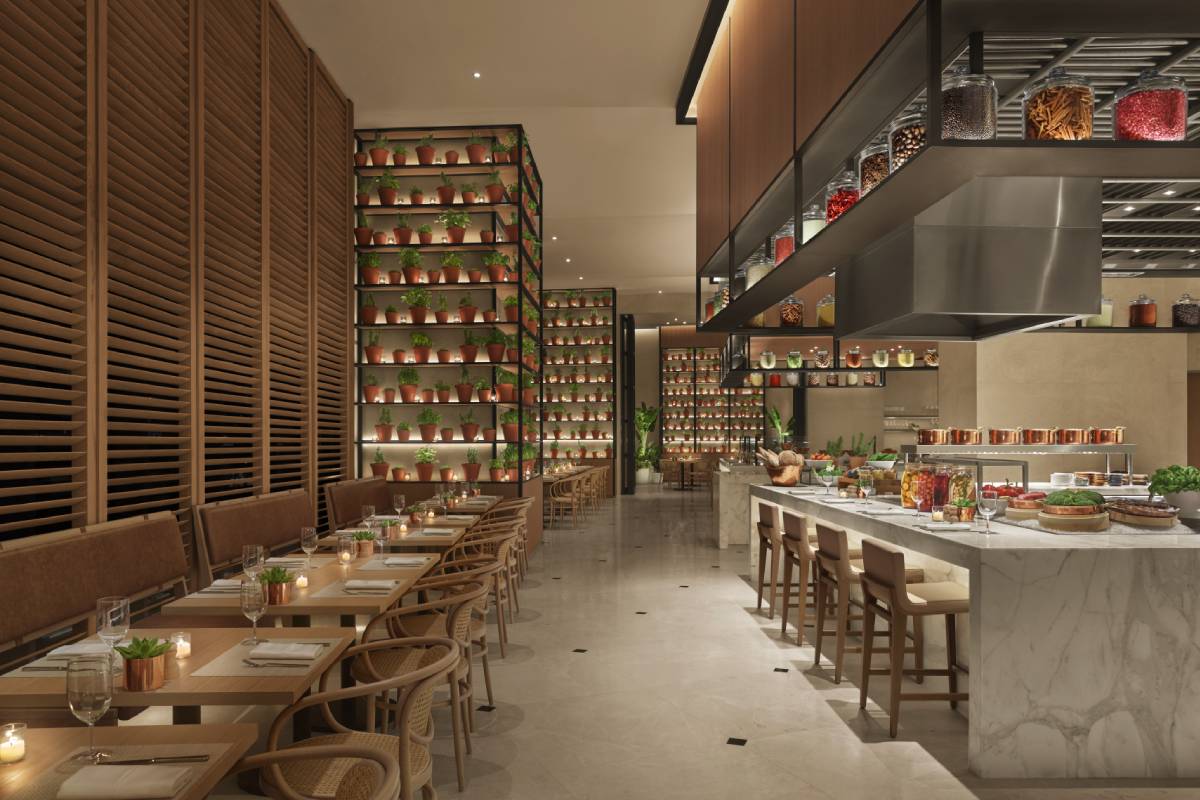 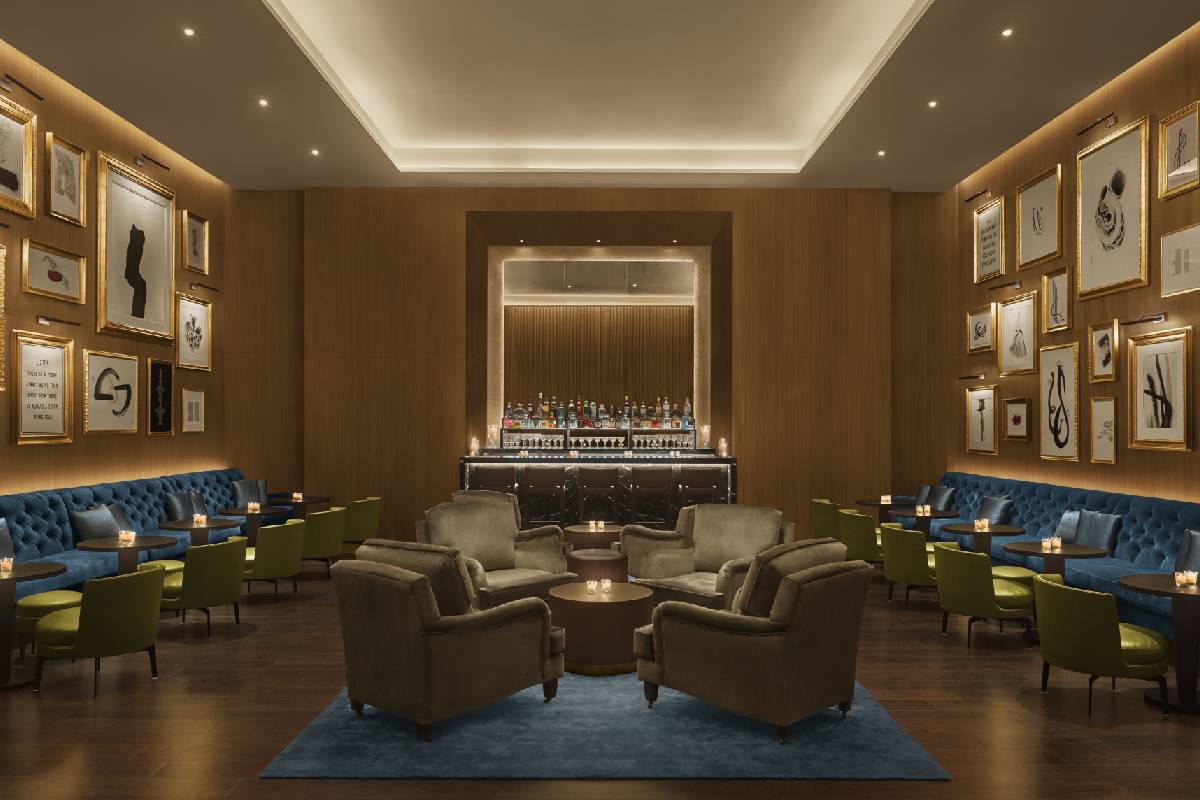 Friday brunch is something of an institution in Abu Dhabi and the EDITION serves up a magnificent spread in the Mediterranean-style Alba Terrace from midday onwards. Rosé from Provence is the perfect accompaniment to share dishes such as ricotta-filled tomatoes, red snapper carpaccio, meatballs, crab linguine and some irresistible desserts. An African jazz band added to the relaxed atmosphere as a convivial gathering of guests whiled away the sunny afternoon.

The Abu Dhabi EDITION is the eighth hotel in the EDITION collection. The other properties are in New York, London, Miami Beach, Barcelona, Shanghai and Sanya in China and Bodrum in Turkey. The Times Square EDITION opens this month, and The West Hollywood EDITION is set to follow in April.

The other two restaurants, Market and Oak Room, are equally distinctive. Market is light-filled and airy, and serves an array of immaculately prepared, light and healthy dishes for breakfast, lunch and dinner. Inside, floor-to ceiling glass shelves display pots of herbs (chefs use them in their dishes) and the open kitchen buzzes with activity. A shaded al fresco terrace and a private dining room offer alternative seating.

Oak Room is a more formal, British-style affair, but with a twist – the oak-panelled walls are adorned with black-and-white photos of legendary rock stars from the 1960s and 1970s. Award-winning English chef Tom Aikens has gone to town with his menu of specialty steaks – rare cuts such as the Spanish Rubia striploin are sourced from all over the world and many are not available anywhere else in the UAE. A meat sommelier is on hand to advise on the choices and diners can view cuts of meat in the glass-fronted butchery. Classic fish dishes such as fish pie, fish and chips and grilled dover sole are also on the menu and the desserts are as British as they come – apple and blackberry crumble, Eton Mess and spotted dick, to name a few.

Opposite the Oak Room is the Library Bar, a secluded venue that specialises in craft gin and classic cocktails and showcases a collection of literature-themed artworks. Throughout the hotel you’ll come across spectacular artworks and installations such as the kinetic sculpture flying above the lobby, Emirati ‘braided’ chairs by local artist Latifa Saeed and the stunning reflecting Arabian Nights pool in the first-floor lounge.

The rooms and suites are minimalist-luxe, with grey oak herringbone timber flooring and wood-panelled walls offset by cool white walls, bed linen and marble bathrooms. In keeping with the uncluttered décor is just one dramatic black-and-white photograph of desert dunes by celebrated 20th-century photographer Brett Weston. Thoughtful touches include the feather-light silver-grey cashmere throw over the bed, easy-to-use lights and shower controls, and ample multi-use points for iPhones and other devices.

My spacious fifth-floor room overlooks the marina, a popular promenade for tourists and locals in the mornings and evenings. If a leisurely stroll is not quite challenging enough, the hotel has two fitness centres (one in the Residences) and two outdoor swimming pools (again, one in the Residences). The gyms, as you’d expect, are equipped with the very latest fitness machines and the hotel gym offers workouts with a marina view.

The spa is like another world. There are seven treatment rooms and the extensive spa menu includes therapies that can be individually customised. It is the only spa in the UAE to offer Himalayan Sound Therapy and Warm Himalayan Salt Stone Therapy, along with more traditional treatments, massages, manicures and facials using top-of-the-range products. Men can also indulge in barbershop treatments at Chaps & Co.

Whether you’re planning a stopover in the Middle East or a longer break, The Abu Dhabi EDITION is something of a destination in itself.

Sally is the Sun-Herald’s Cruise Director and a regular contributor to travel magazines and websites.