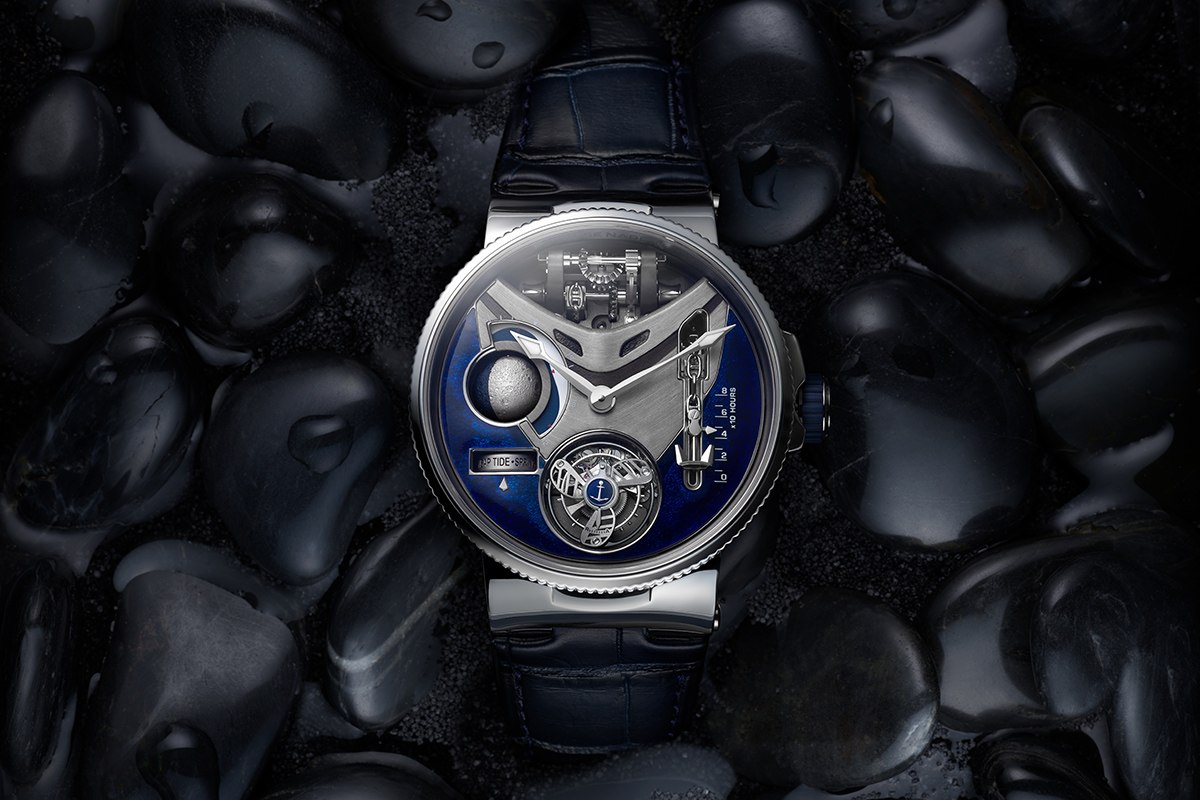 Ulysse Nardin has released an incredibly limited number of its new Marine Mega Yacht watches to celebrate the owners of prestigious superyachts.

Crafted in platinum, the timepiece is regulated by a flying tourbillon equipped with a cage modelled on the latest ship propeller – immediately linking the chronograph to the marine world.

From its 3D grand feu enamel dial (a nod to a ship’s bow ploughing through ocean waves) and charming tide indicator, to the anchor attached to the windlass at 12 o’clock rising and falling to indicate the 80-hour power reserve, the features of Marine Mega Yacht are mesmerising.

Manufactured by a maison that has specialised in making watches for sailors since 1846, this exceptional creation adds true meaning to life at sea.

Intended for the modern adventurer, the flying tourbillon allows for perfect timing while the propeller-decorated cage of the flying tourbillon ensures the chronograph is firmly anchored in the nautical world. And just like buoys float on the horizon, the hands of the timepiece move majestically above the marine-themed scene.

It doesn’t stop there. The Ulysse Nardin horologists incorporated a completely transparent case-back designed to resemble the engines found in a vessel’s engine room.

Just like buoys float on the horizon, the hands of the timepiece move majestically above the marine-themed scene.

Boasting 504 components and a cruising speed of 21,600 vibrations per hour, the 37mm watch provides analog time display as well as a 3D presentation of the moon phases. The orb is made up of two halves engraved with a replica of the moon’s surface, one treated with blue PVD to represent the new moon and the other with rhodium to reflect the illuminating effect of the sun. 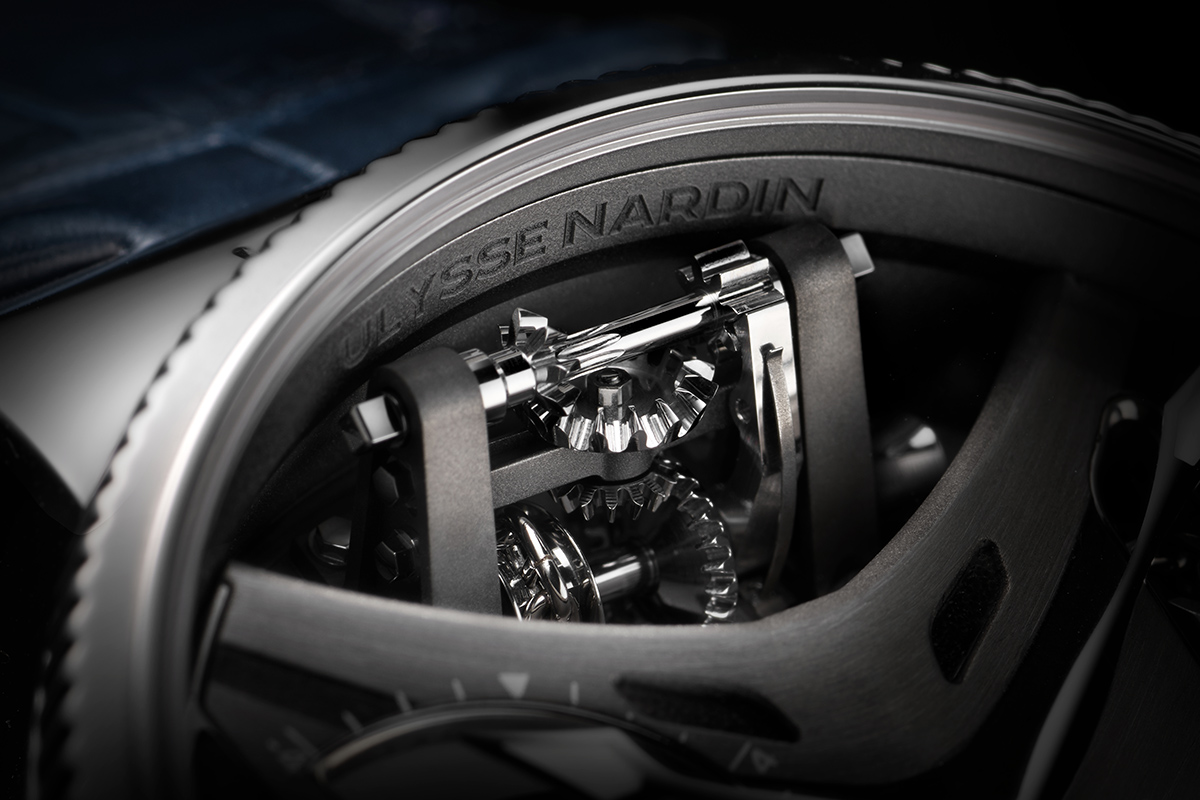 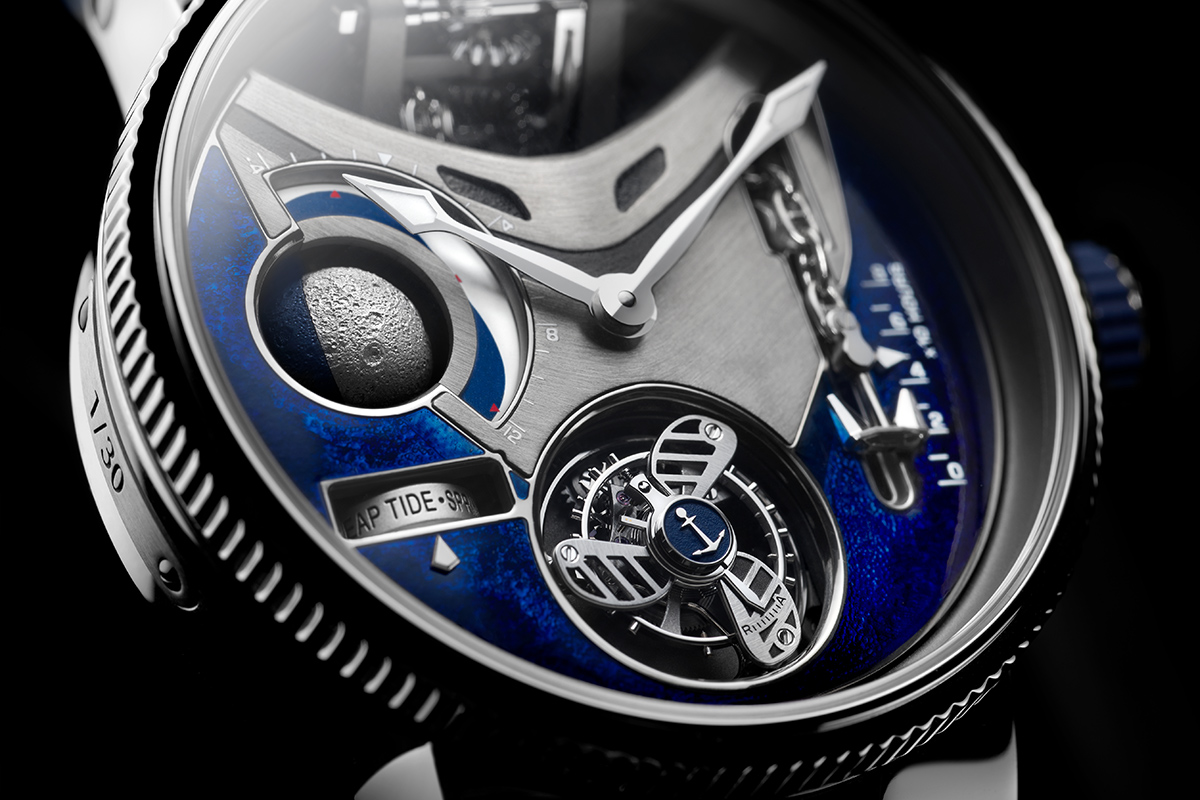 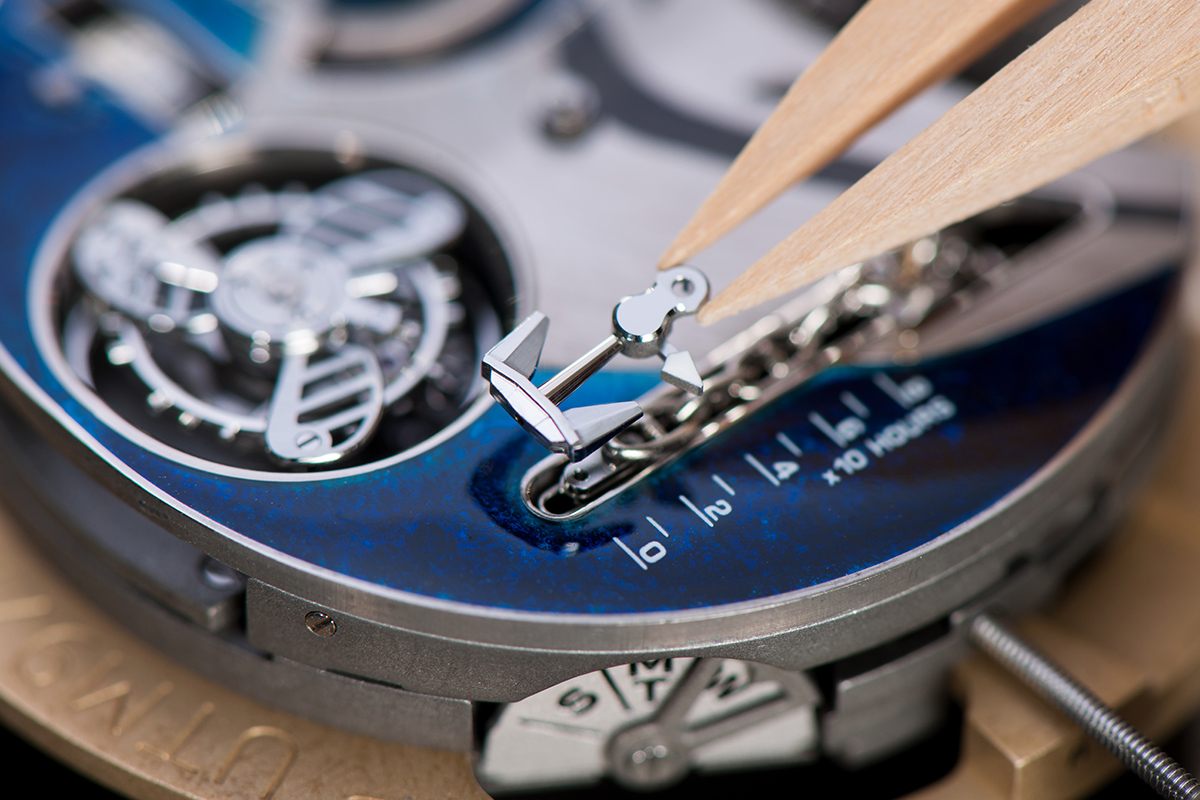 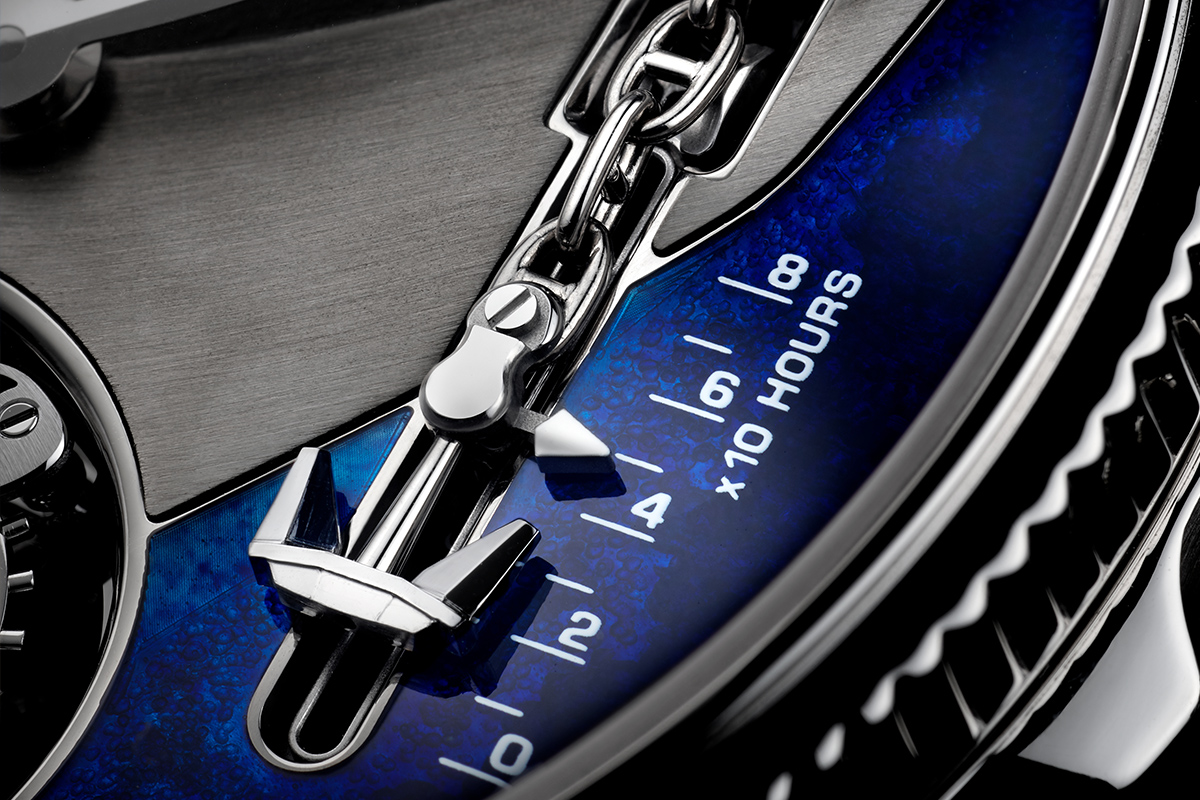 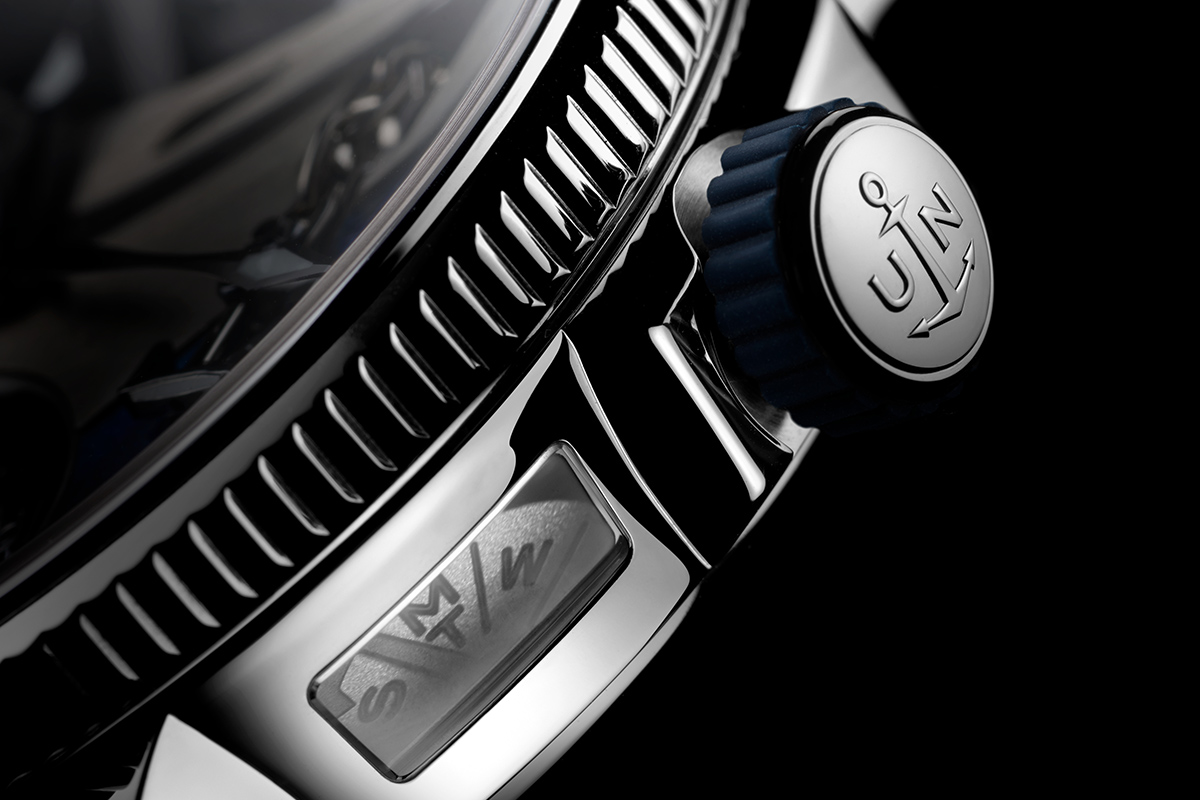 An inner mechanism shows the height of tides in real time in relation to a specific location. Each of the 30 nautical timepieces (which cost US$310,000) has a plaque positioned on the side of the watch – perfect for engraving to make the limited editions even more special.

The Marine Mega Yacht watch, which was unveiled at the Miami International Boat Show earlier this year, is an extension of the Marine Grand Deck Tourbillon timepiece launched by the Swiss company in 2016.