These are the world’s most spectacular hidden beaches today

There are civilian beaches where you need to battle for parking and overpriced ice cream, and then there are the world’s most exquisite hidden seaside gems from Europe to Mexico and Australia. 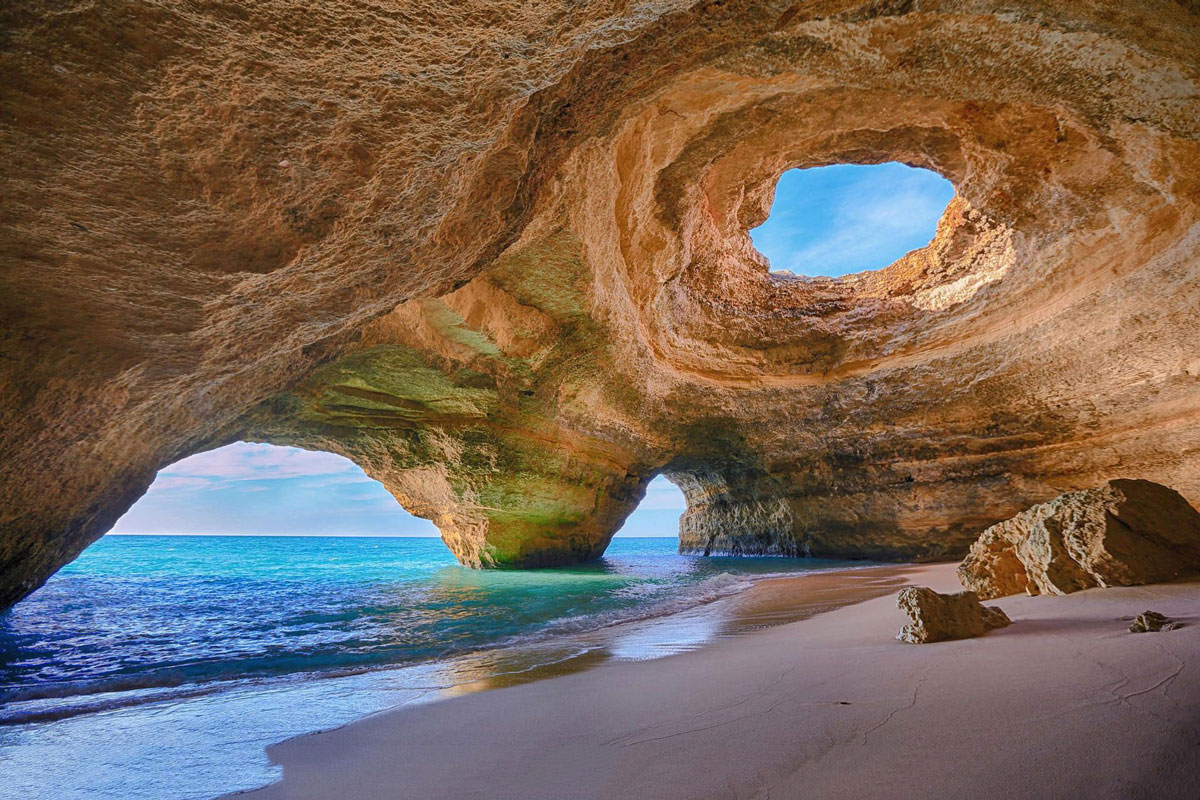 Whether you’re entering a fresh bout of winter blues or another sweltering summer, there’s no doubt that everyone loves a bit of sand between their toes to go with that questionable t-shirt tan. The local beach will always be home to a lucky few but for others who prefer to do things with a lot more flair, a bit of exclusivity and uninterrupted privacy, there are the world’s best hidden beaches.

From Mexico to Vietnam to Australia and Europe, these are the finest hidden beaches that will ensure you won’t have to fight another seagull for your hot chips ever again. 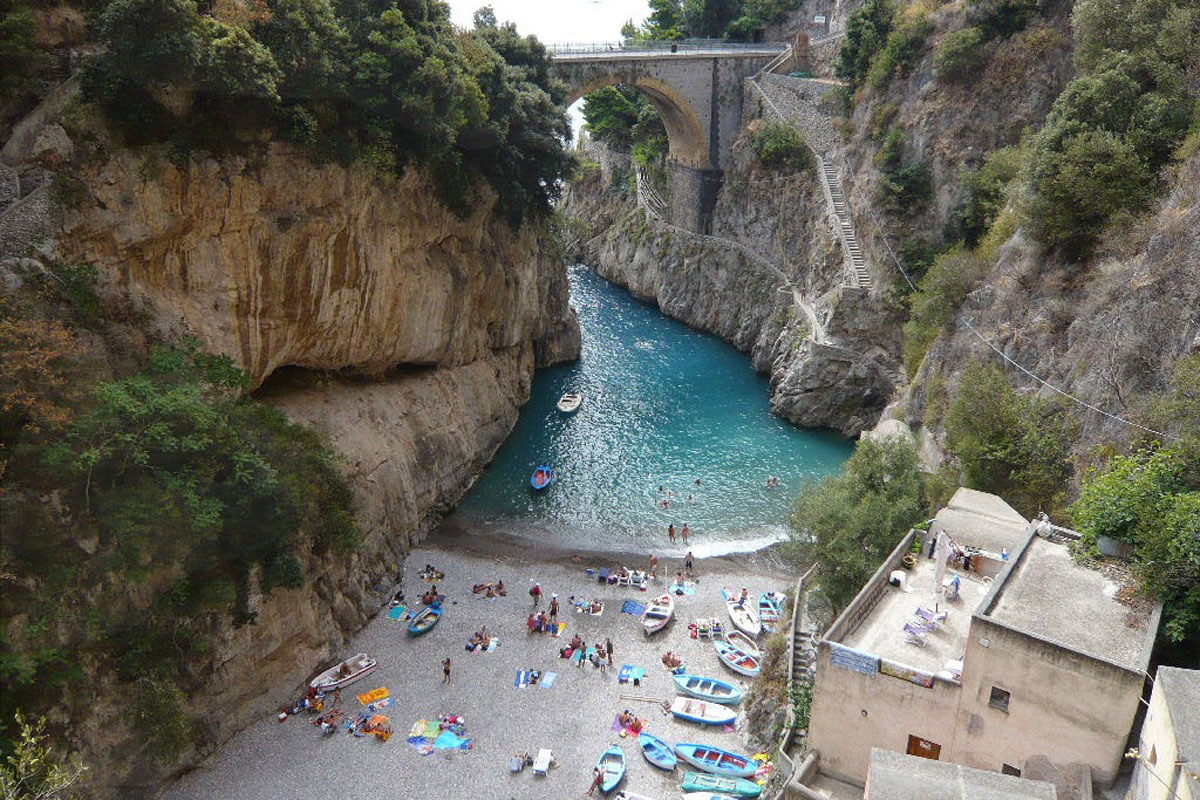 The Amalfi Coast lining the southern coastline of Italy’s Sorrentine Peninsula is already renowned for its idyllic European summer scenery complete with sheer cliffs against the backdrop of pastel coloured fishing villages. Dig a little deeper though and you’ll end up in the town of Furore in the country’s Campania region which boasts one of the most spectacular hidden beaches in the world. A massive fjord with a connecting sandstone bridge opens up to a tiny beach littered with colourful boats, locals and only those in the know. Even getting to the beach is an adventure as it requires visitors to descend a long flight of steps to reach the crystal turquoise water below. 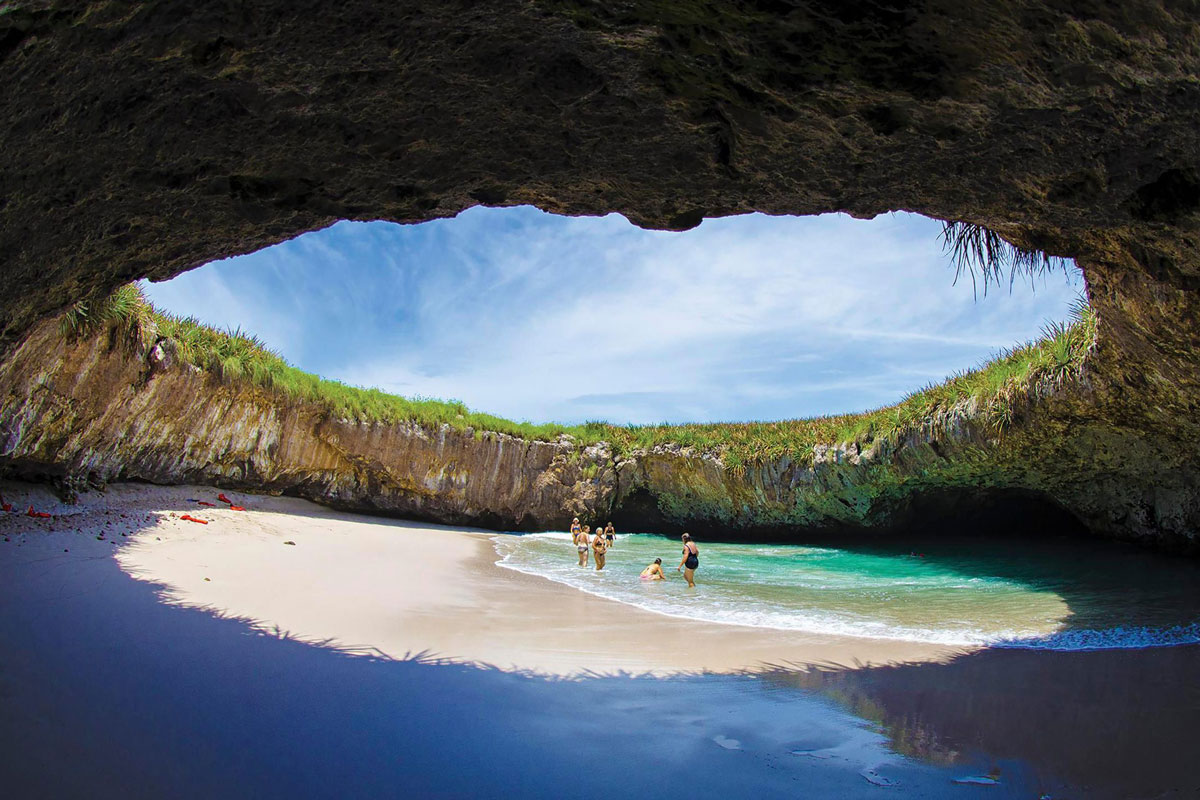 For a hidden beach that looks out of this planet, there’s no better than the aptly named Hidden Beach. Located on the Marieta Islands off the west coast of Mexico near the resort town of Puerto Vallarta, the secluded beach is only accessible via a water tunnel. The circular patch of Instagrammable glory reveals itself only from an aerial view but once found visitors can enjoy all the quirks of this inland beach that’s isolated from rougher waters. An even cooler fact? The sight was once used for bomb testing in the early 1900s. This is likely how the unique craterous structure was formed before nature reclaimed it and turned it into a sandy oasis. 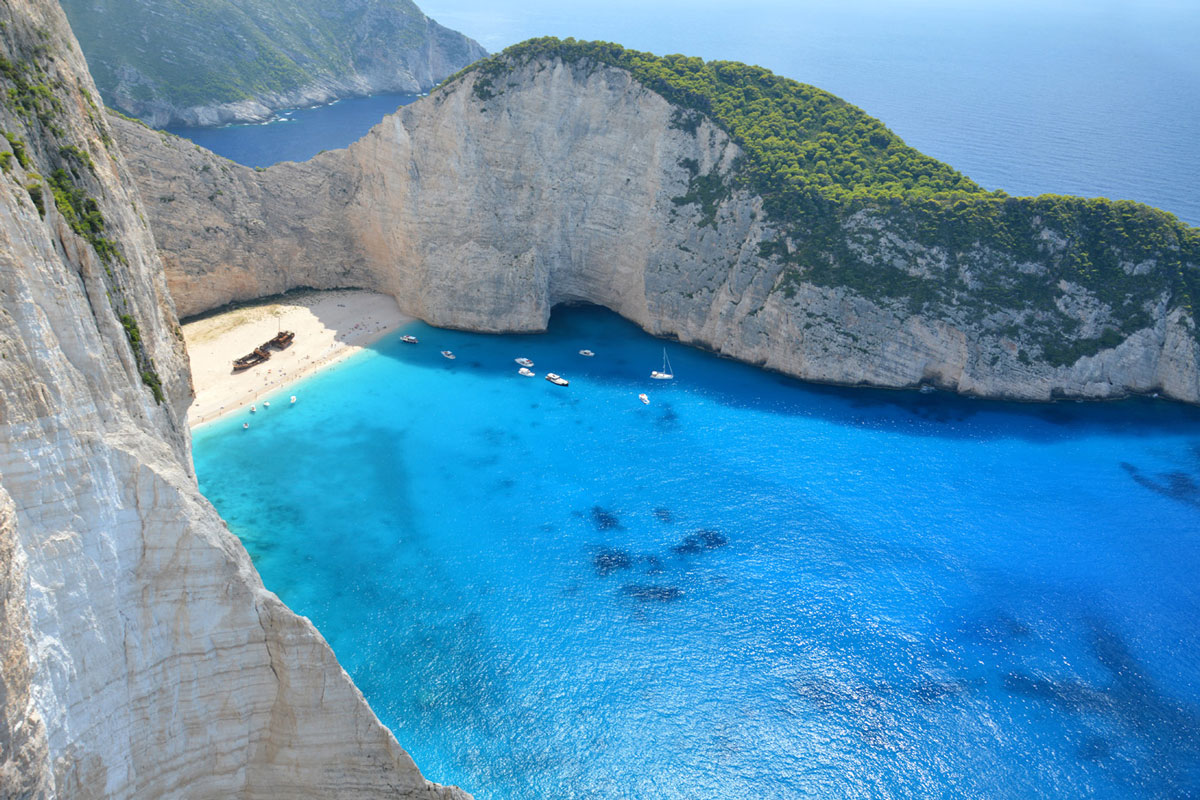 Forget Mykonos. If you’ve got access to a boat then set sail for Shipwreck Beach instead – more formally known as Navagio Beach on the coast of Zakynthos. The colloquial name is rather self-explanatory thanks to a marooned 1983 vessel which sits half buried in the glistening white sands to make for an exceptional backdrop to an already-spectacular beach. And given that this small stretch of sand is only accessible via boat, it makes for one of the best hidden beaches flanked by sheer cliff faces and crystal blue waters. Boats depart from the villages of Volimes or Porto Vromi to this hidden gem. 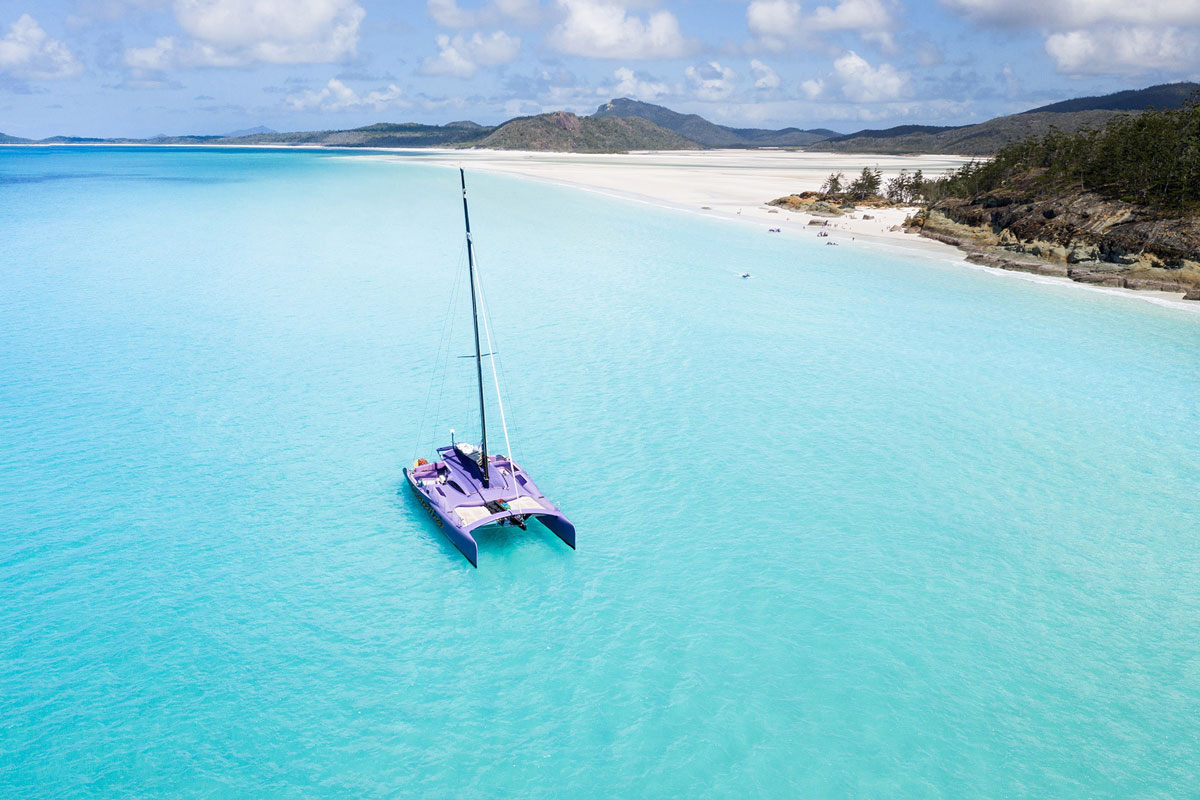 Mention ‘beach’ and you can’t forget about Australia. Whilst the country in the middle of nowhere is surrounded by beaches, only a few can lay claim to the world’s best hidden beaches. Whitehaven Beach on the Whitsunday Islands is one of them. Located just off the mid-northern coast of Queensland is a 6.5km stretch of famous glistening white sand flanked by lush forests and turquoise blue waters. What makes this beach hidden? Well it’s not but strict visitation limits enforced by the Great Barrier Reef Marine Park Authority means that only a limited number of people can be on the beach at any given time. 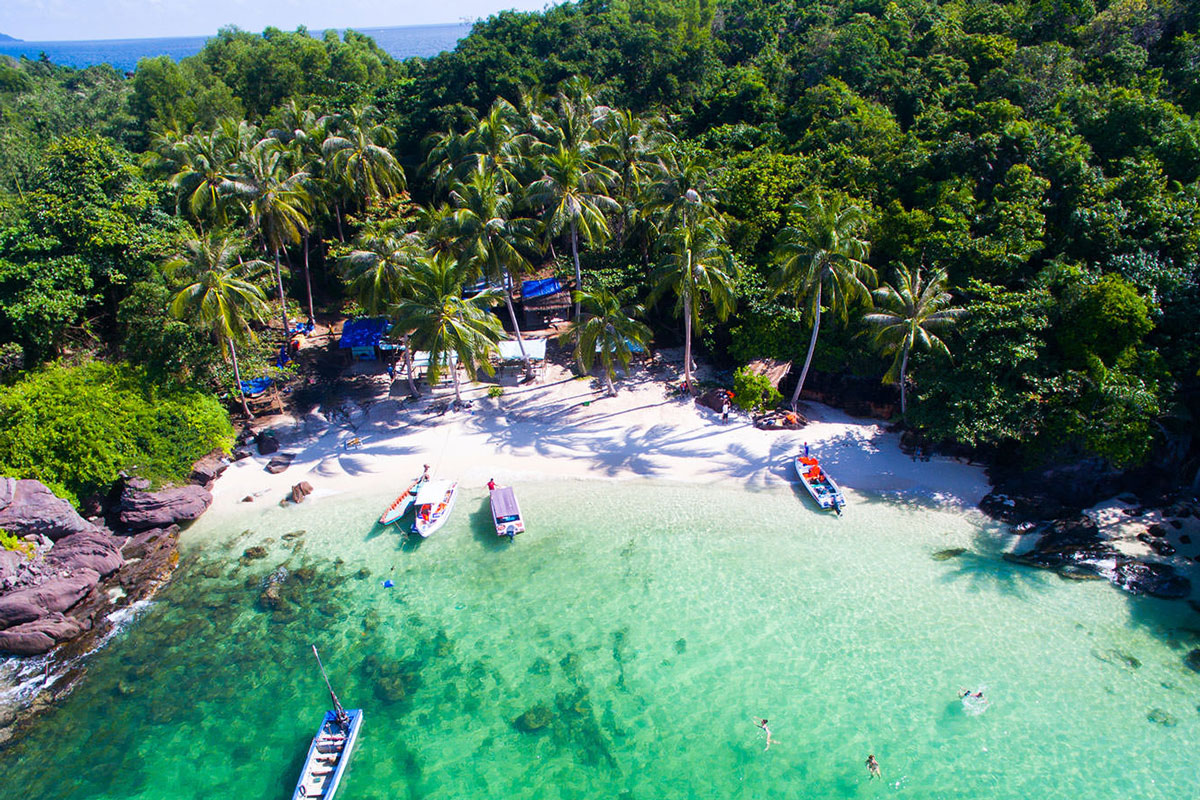 Those who consider Phuket and Koh Samui a bit too pedestrian can hop over to Phu Quoc Island instead. Located just off the southern coast of Vietnam, the 50km stretch of land features a secluded paradise in the form of white sanded beaches, palm trees and resorts. The commercial aspect is also limited as more than half of the island belongs to the Phu Quoc National Park. Once visitors are done with their spot of water dipping they can check out the surrounding mountains, hiking trails and wildlife of the tropical mountains. The island’s largest town Duong Duong also features a day and night market for visitors to explore.

Here’s another hidden beach that will really set your Instagram feed on fire. Located on the southern coast of Portugal is a unique natural landscape that is only accessible via water. Those who drive or set off by foot will only get to see the landscape from above so going by sea is your best bet. The sea caves feature a naturally occurring oculus which shelters the secluded beach below. Wait till the sun shines through the hole and you’ll feel like one of God’s chosen ones with a tan to boot. Those who opt to swim to this stunning location will need to be strong swimmers as the caves are located 200 metres from Benagil Beach which boasts quick changing tides.

Read next: The famous holiday spots of the rich and famous