More than 10.2 million visitors flocked to the French icon, making it the highest attendance of any museum on Earth. 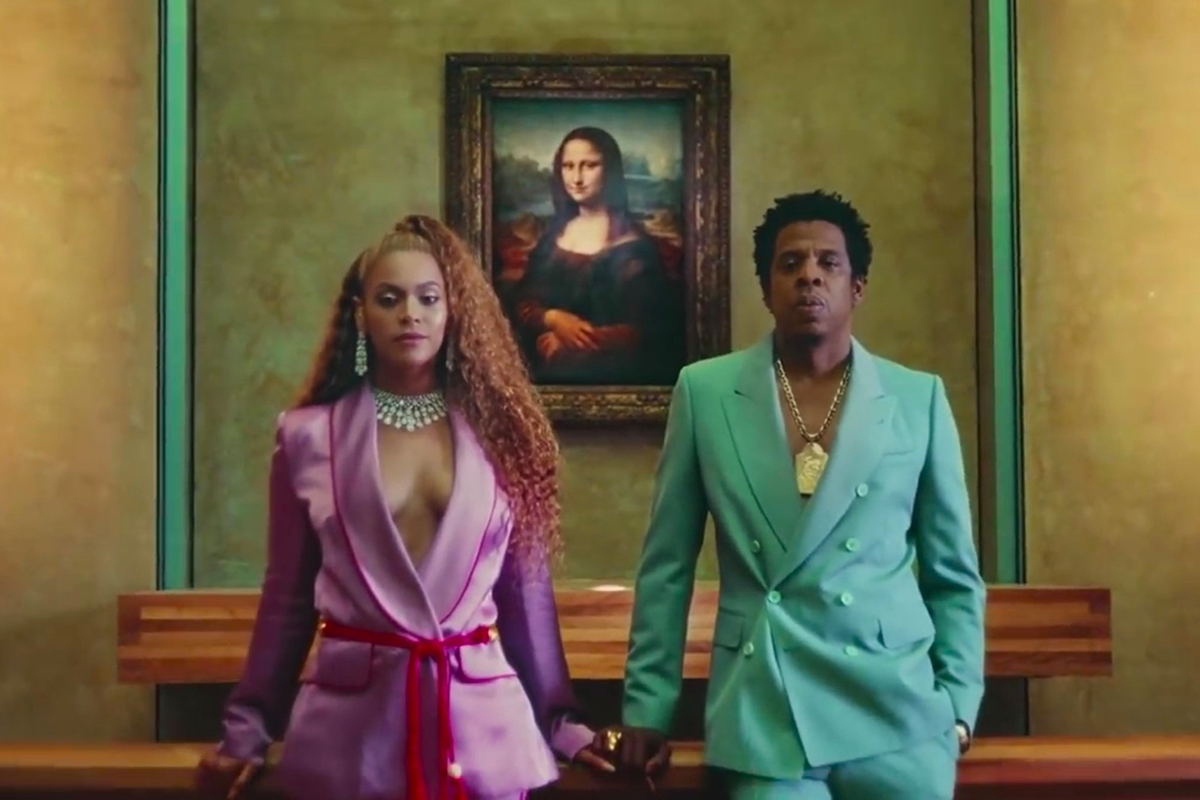 Glistening with a rich 226-year history and housing the ‘Mona Lisa’ is simply not enough for the Louvre Museum to encourage record-breaking visitors through its doors. Add Beyoncé and Jay-Z into the mix and it’s a whole new story.

More than 10.2 million guests visited the Parisian landmark in 2018, making it the highest figure at any museum in the world influenced by the US musicians’ music video.

Beyoncé and Jay-Z filmed their ‘Apes**t’ music video at the world’s largest art museum, paying tribute to many famous artworks including the ‘Mona Lisa’ by Leonardo da Vinci, the ‘Venus de Milo’, Jacques-Louis David’s ‘Coronation of Napoleon’ and the incredible ‘Winged Victory of Samothrace’ dating back to 2nd century BC.

Despite films like Wonder Woman and Fifty Shades Freed among the 500 shoots taking place at the Louvre annually, it was the Carters’ music video for the album Love is Everything that boosted the number of visitors up 25% between 2017 and 2018.

The celebrities allow the art to speak for itself in the six-minute video released mid 2018 by featuring views of the gold-framed ceiling murals and works by Marie-Guillemine Benoist and Jacques-Louis David.

Despite Beyoncé and Jay-Z donning vibrant-coloured suits and outlandish costumes, filming at the Louvre, which was built into the 13th century Palais du Louvre in 1793, went under the radar.

“I’m delighted that the Louvre is so popular,” – Jean-Lux Martinez

Although, hiring the heritage site is not an uncommon practice. Daily rates to shoot at the museum and get close to the exhibits without tedious crowds is about €15,000, according to Lonely Planet.

“During their last visit in May 2018, they explained their idea of filming,” a Louvre spokesperson told the publication. “The deadlines were very tight, but the Louvre was quickly convinced because the synopsis showed a real attachment to the museum and its beloved artworks.”

The Louvre’s popularity with younger generations continues to soar with more than half of its visitors aged under 30 – perhaps further fuelled by Beyoncé’s immense social media following.

“I’m delighted that the Louvre is so popular,” Louvres president-director Jean-Lux Martinez says. “Our goal is not so much to attract more visitors as to provide better visiting conditions.

“The recent changes we have made and are continuing to implement have improved the quality of visitor reception.

“So, although there are more visitors, everyone can explore the Louvre at their own pace and appreciate the artworks to their heart’s content.”

Flourishing into popularity in the past decade, Abu Dhabi was thrown into the exotic limelight when HBO’s Sex in the City 2 was set in the romantic desert.

Following the blockbuster, UK holidaymakers visiting the UAE rocketed from about 300,000 to close to 450,000 in five years.

Following the popularity of television series Outlander set it in Scotland, the country has seen a drastic increase in tourism.

“We have been absolutely blown away by the response globally to the Outlander series and the direct impact it has had on visits is truly exceptional,” VisitScotland CEO Malcolm Roughead says. “In past research it was always Braveheart, Harry Potter or even The Da Vinci Code which was mentioned as film inspiration, but in recent times it is Outlander which is referenced above all others.”