15 of the most magical places for Christmas lights

From the suburbs of the US to quaint European villages, here are some of the most delightful places to create unforgettable festive memories. 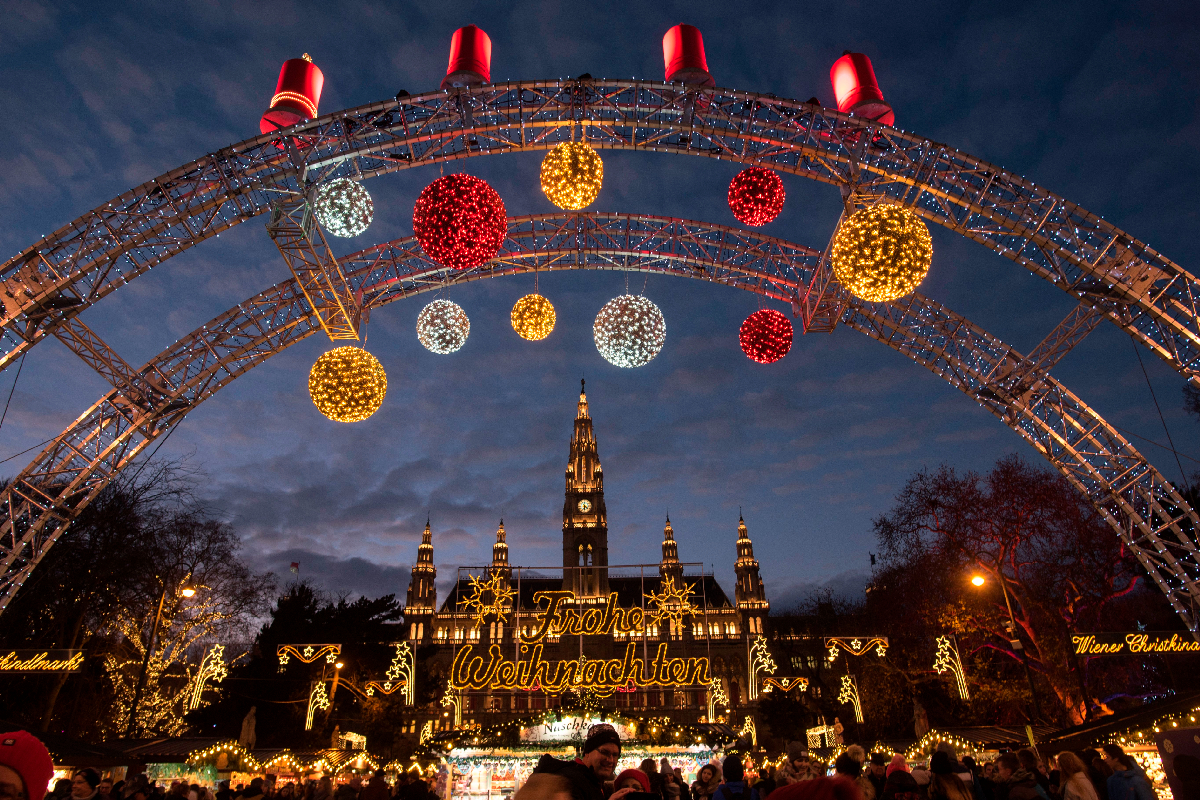 There is something pretty magical about twinkling displays of Christmas lights.

Whether you spent your childhood visiting spectacular light shows around your neighbourhood, or you share the festive enchantment by draping your home with dazzling lights for others to marvel at, everyone has a special Christmas tradition.

After almost two years of living through a pandemic, why not add a touch of brightness with some of the most breathtaking Christmas lights on the planet? 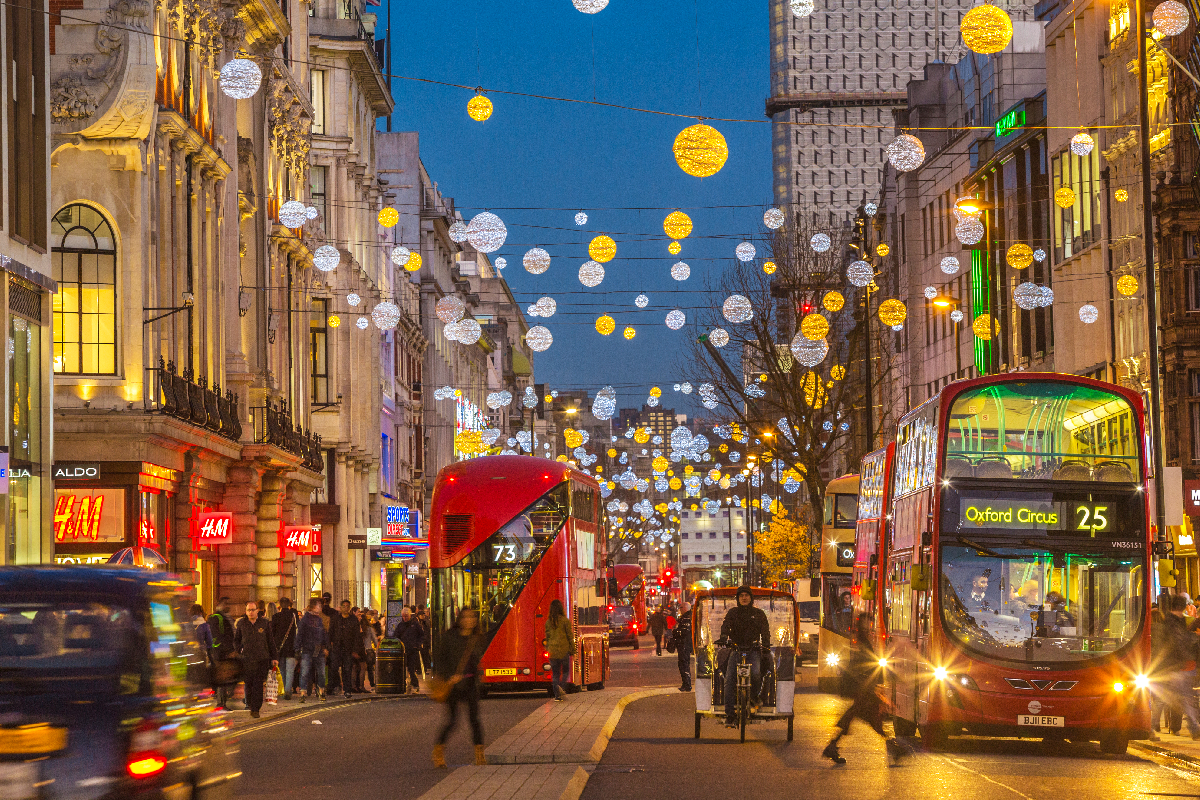 One of the most famous streets in London becomes a shimmering delight with softly glowing star Christmas lights shining above the historic streets. Be sure to wander towards Regent Street, Bond Street and areas in Mayfair and Piccadilly, which have been lit up with more than a million LED lights. 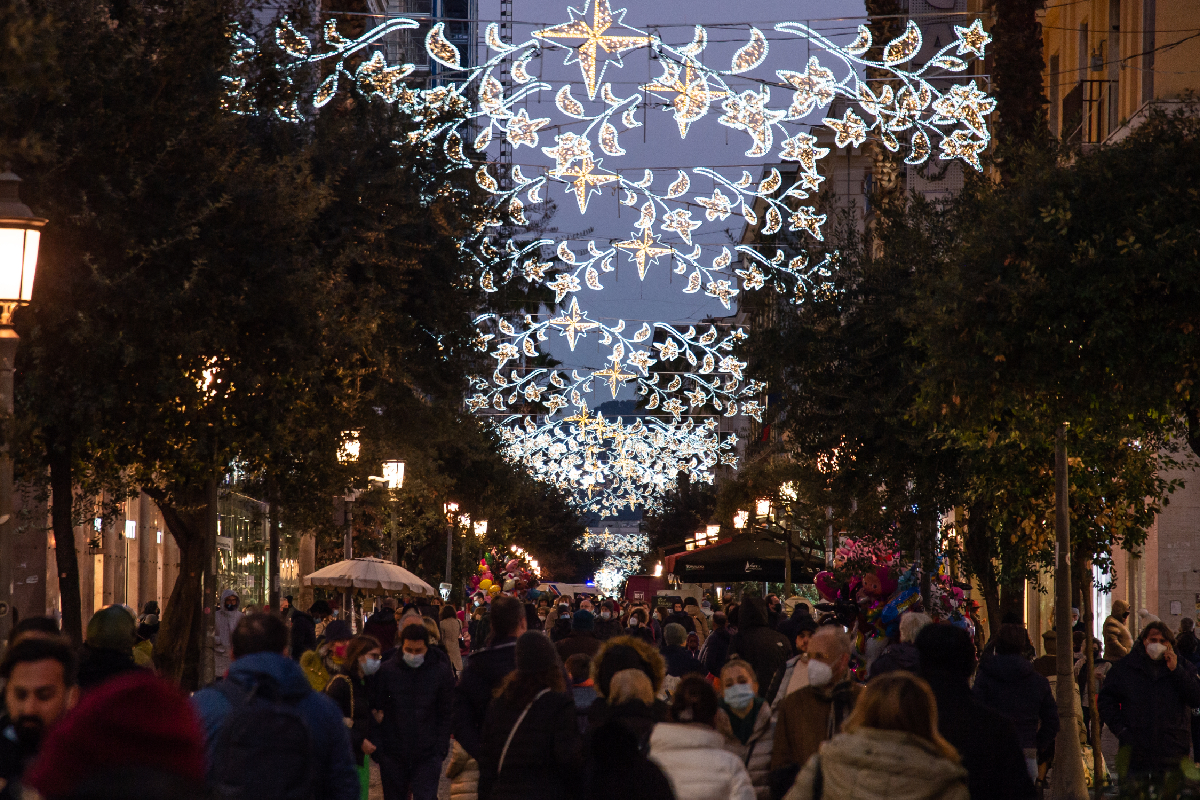 Southern Italy can do no wrong, especially when it comes to glistening Christmas lights. Luci d’Artista is the annual display that lights up every street and square in the city centre – and it glitters until mid-January, giving you plenty of time to explore the wonders. 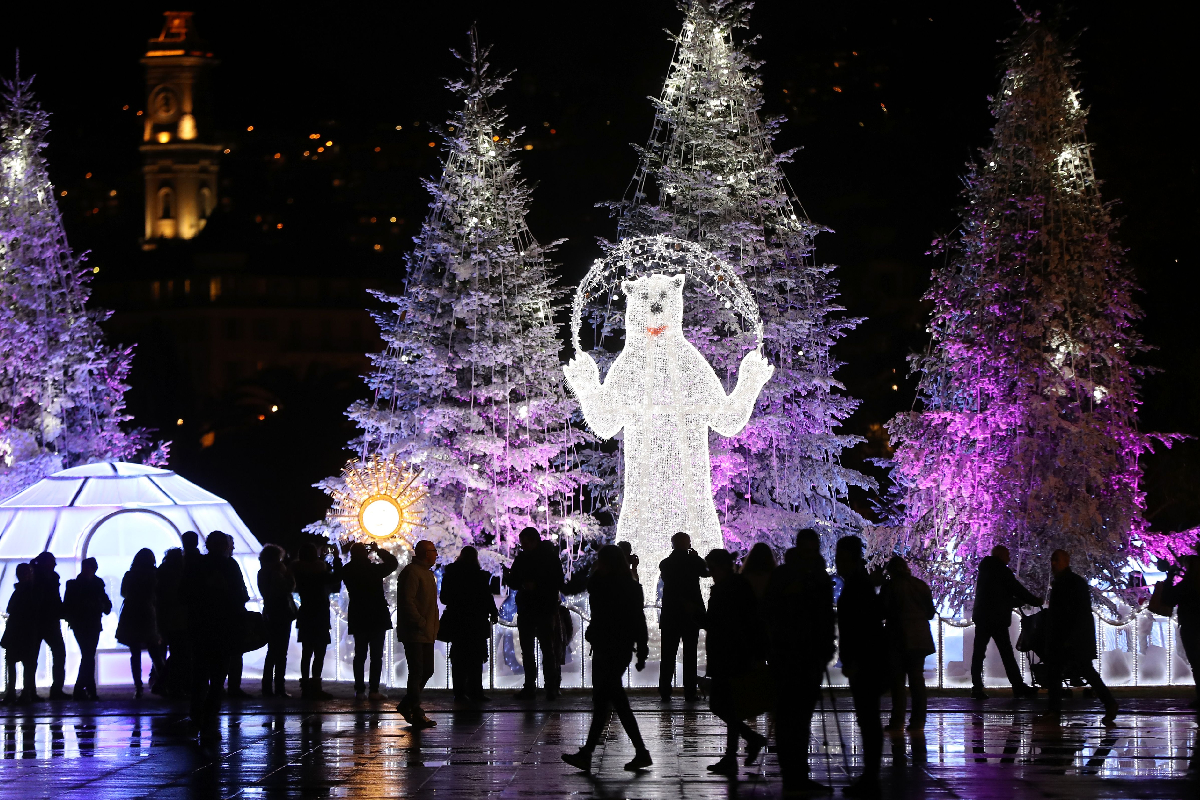 Is there any place more magical than Village de Noël? Transforming an ice rink in one of the main squares in Nice, sip on hot chocolate or mulled wine as you explore the Christmas village and spend the evening skating with loved ones. 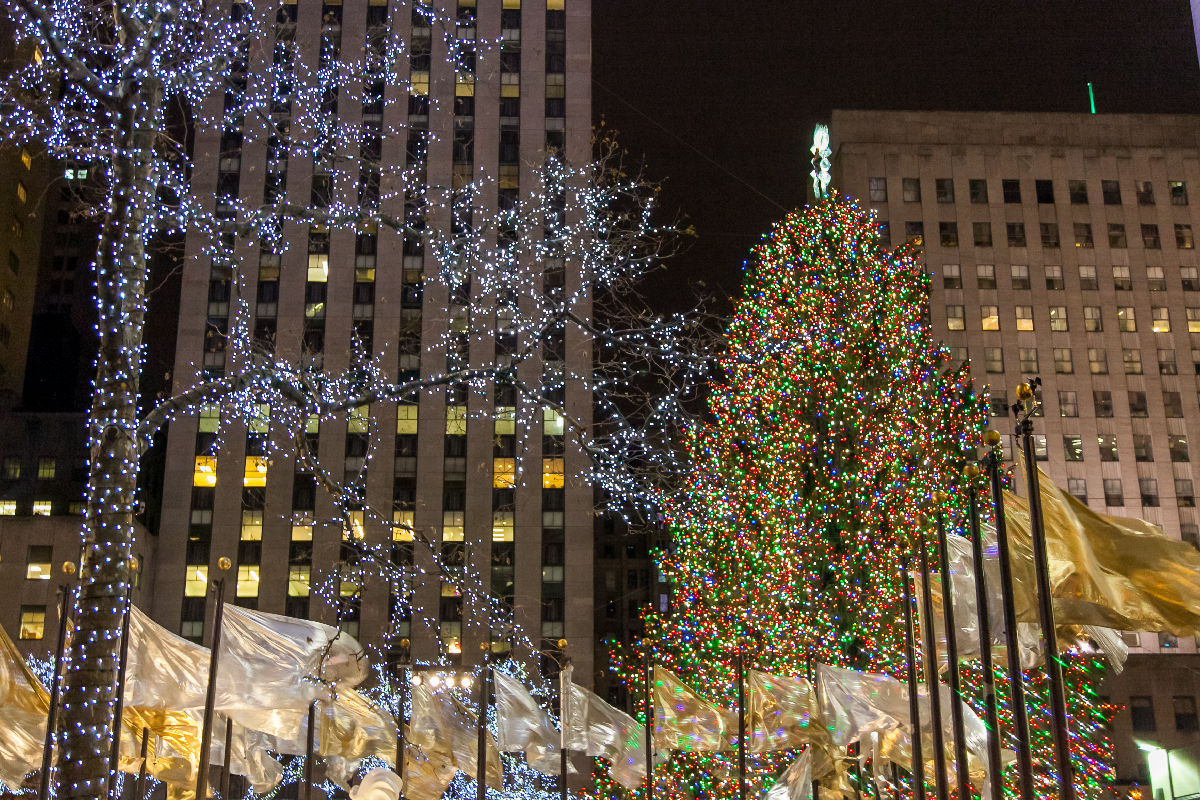 One of the most iconic Christmas lights displays in the world, Rockefeller Center shines with its breathtaking tree, which will be lit on 1 December. For more than 80 years the tree has been a holiday beacon, becoming a quintessential New York experience for locals and tourists. 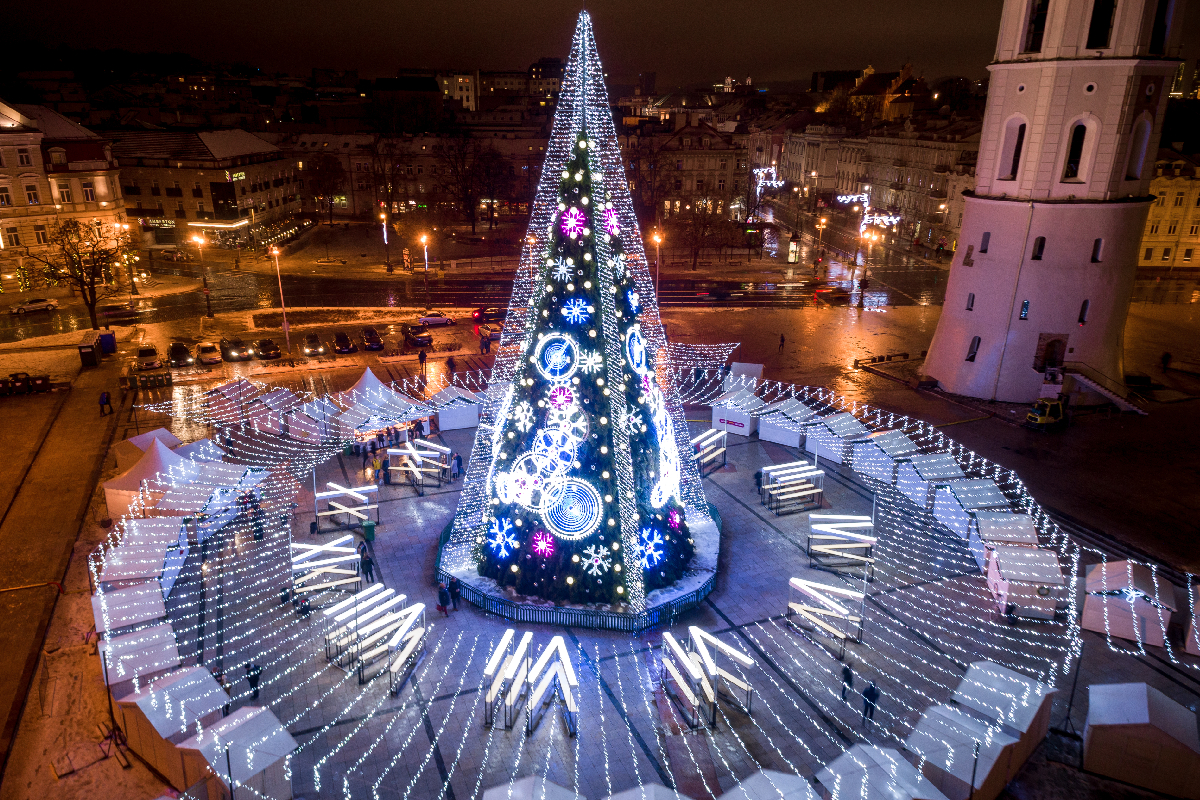 The official lighting of a grand tree shimmering in white Christmas lights will kick off the holiday season in the UNESCO protected Old Town at Cathedral Square. Just like a picture-perfect fairytale surrounded by ancient architecture, Vilnius becomes home to one of the most beautiful trees in Europe.

It may be captivating on any ordinary day, but Harbour City is just as breathtaking during the holiday season. Harbour City shopping mall comes to life as a Christmas Terminal, transporting visitors on a captivating Christmas journey.

Dripping in gold glittery Christmas lights, the quaint streets of Amersfoort is one of the most charming places to explore. With ribbons of lights draped between buildings and shop windows filled with festive decorations, the enchanting displays will transport you to another world. 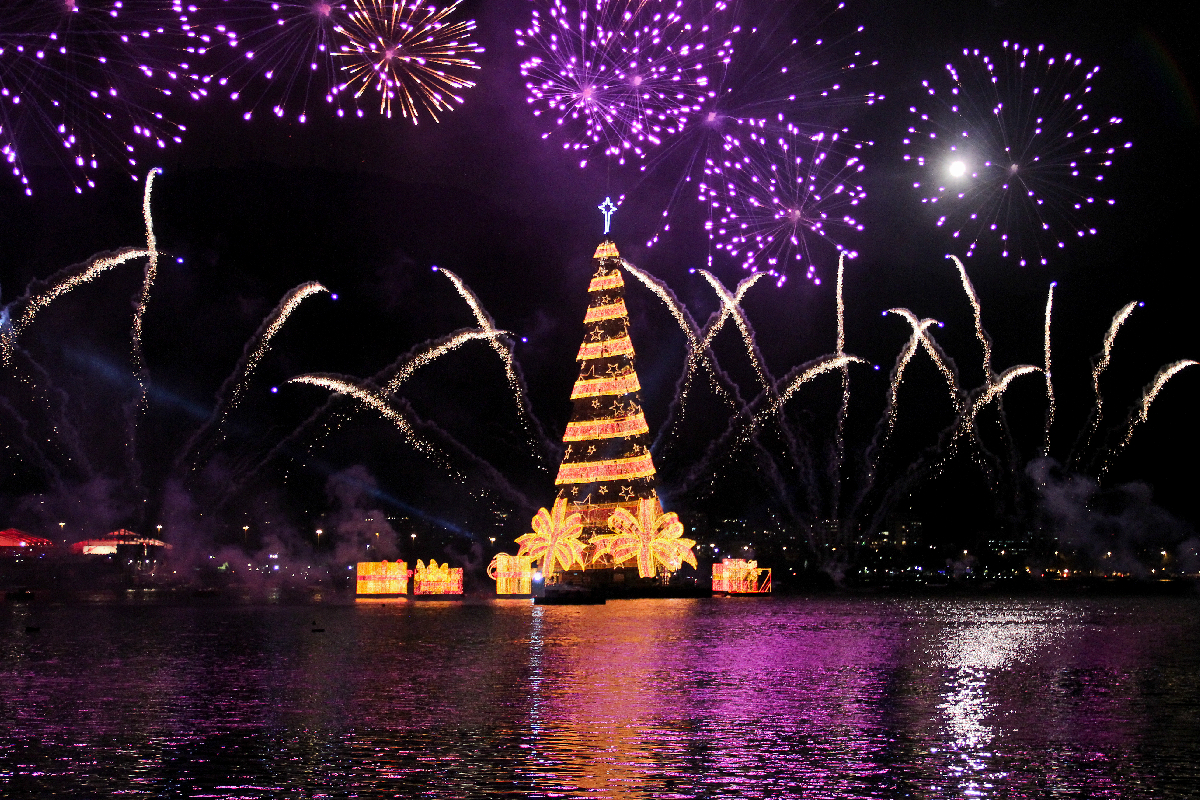 Lauded as the world’s tallest floating Christmas tree, the Brazilian delight is truly spectacular. Standing 85 metres tall – which is as high as a 29-storey building – the tree boasts more than 900,000 LED bulbs, creating a spectacle along with fireworks and musical shows. 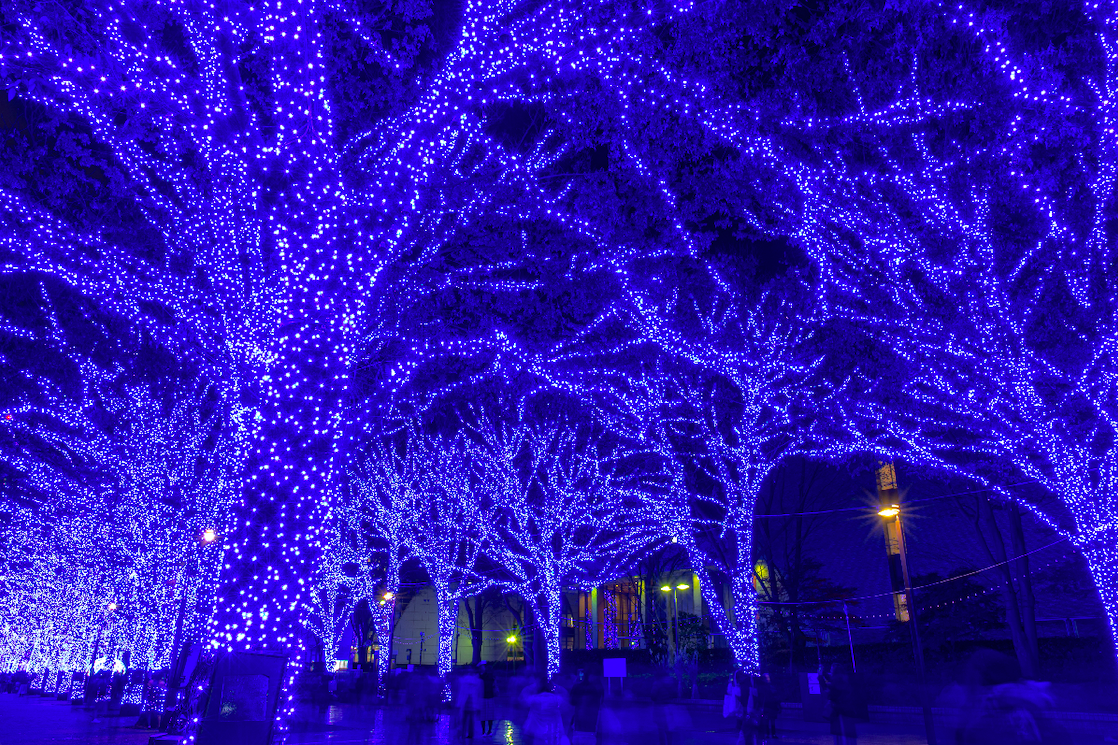 From illuminating cherry blossom trees and crystal chandeliers to a joyful ice rink sprinkled in sapphire hues, Tokyo lights up every inch of the city. One of the grandest winter illuminations is the Shibuya Ao no Dokutsu, where a 250-metre-long pedestrian street is transformed into a blue cave with LED lights and reflective sheets. 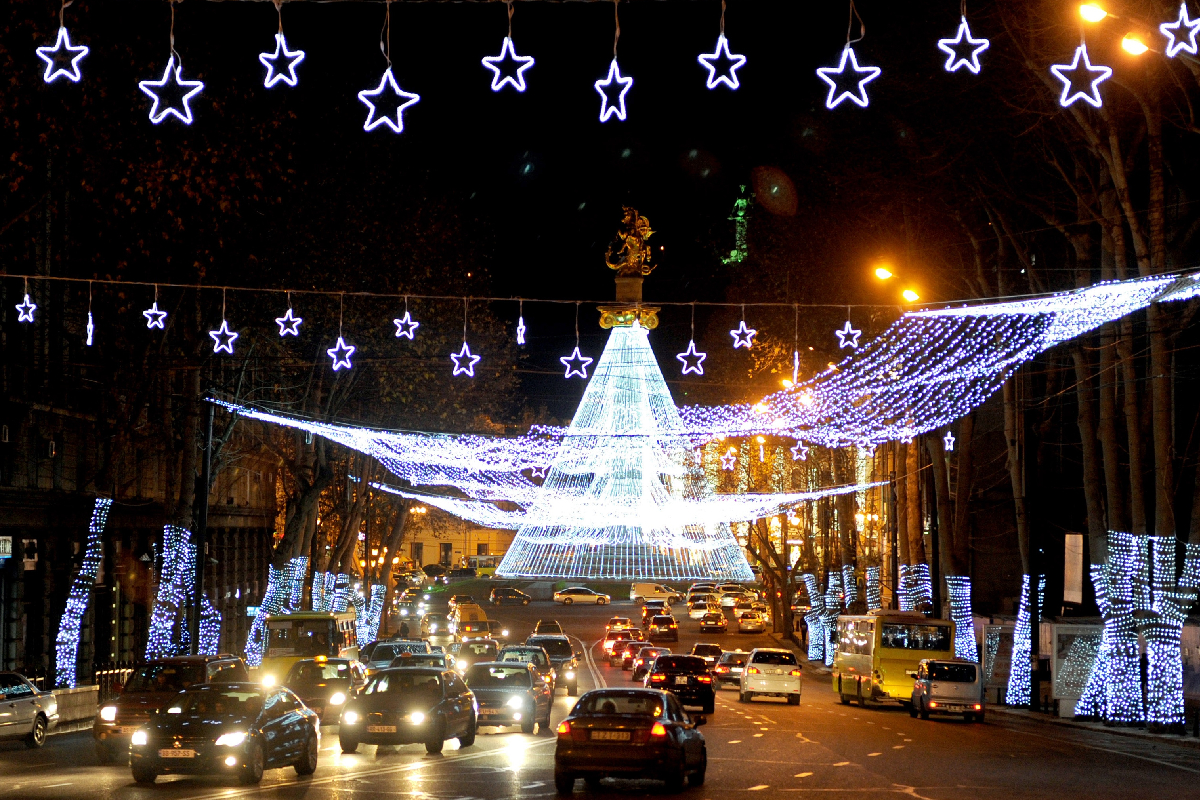 Among the cobblestoned lanes and fourth century fortress of Georgia’s capital Tbilisi are some of the most beautiful Christmas lights in the world – at least, CNN believes so. Adding to the city’s historic charm are endless streets of sparkle, which shine well into the new year. 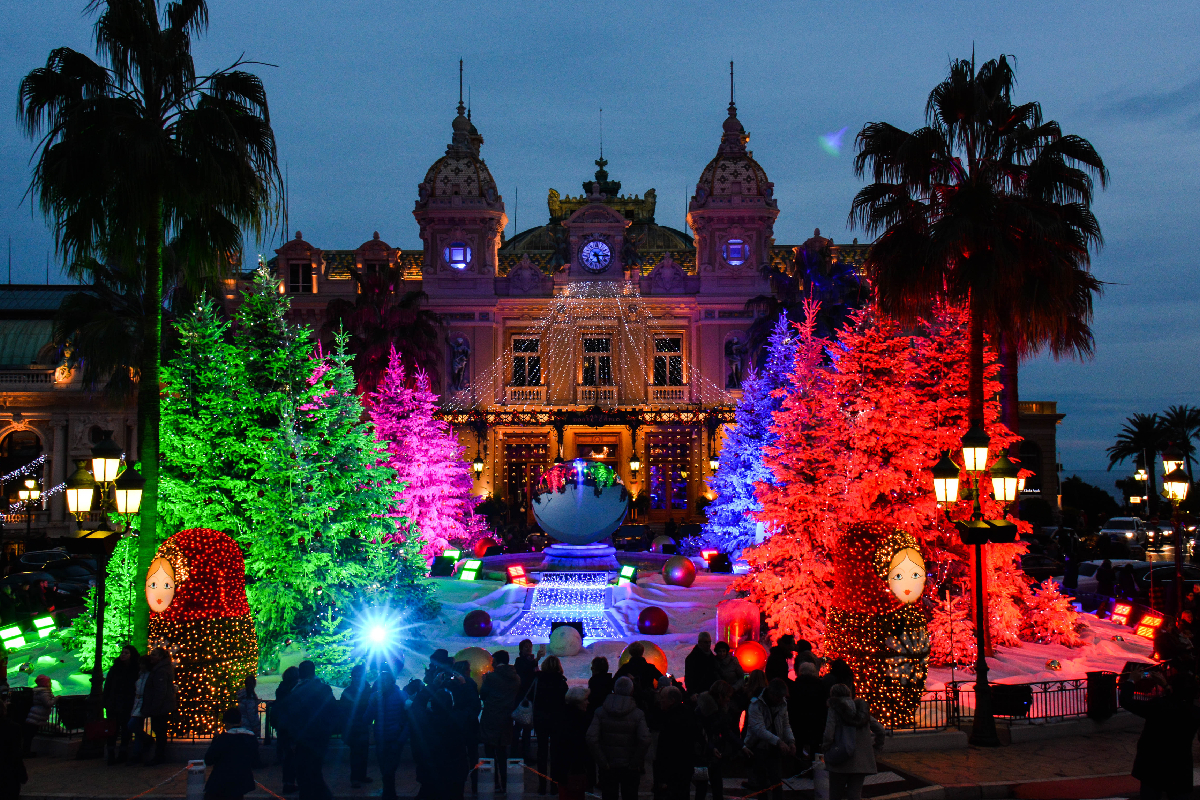 Monaco brings luxurious dreams to life with its towering Christmas tree standing at more than 18 metres tall, lighting up the Place du Casino with the glow of a thousand lights. Featuring grand architecture and sublime trees, it really will feel as if you’re part of a whimsical Christmas fairytale. 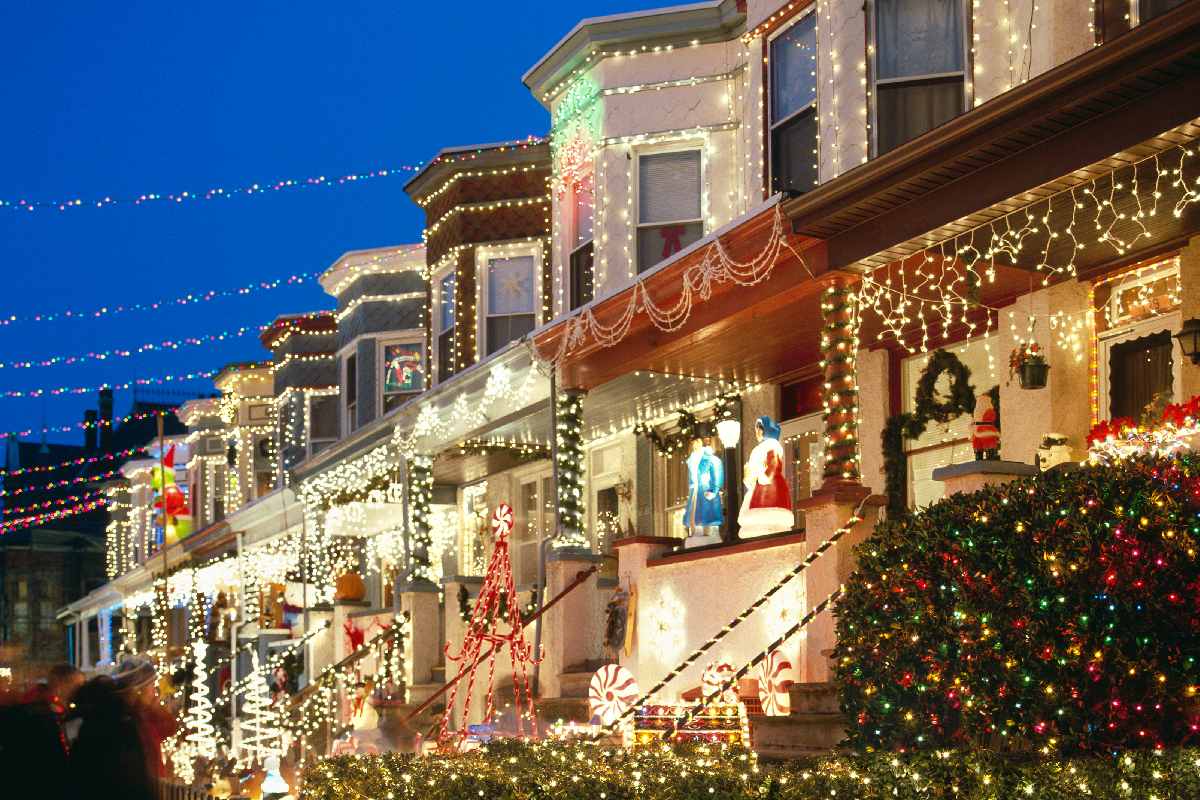 Dubbed the Miracle of 34th Street, locals have made it an annual tradition to flood the street with twinkling Christmas lights. Now in its 73rd year, Christmas trees, trains, snowmen, Disney cartoon characters and Santas are among the decorations lighting up the suburban US street.

Under the shimmering glow of the northern lights, more than one million lights decorate 6.1 hectares of the VanDusen Botanical Garden, creating an alluring oasis. Share the joy with loved ones as you stroll through the illuminated garden in awe of the glistening light features. 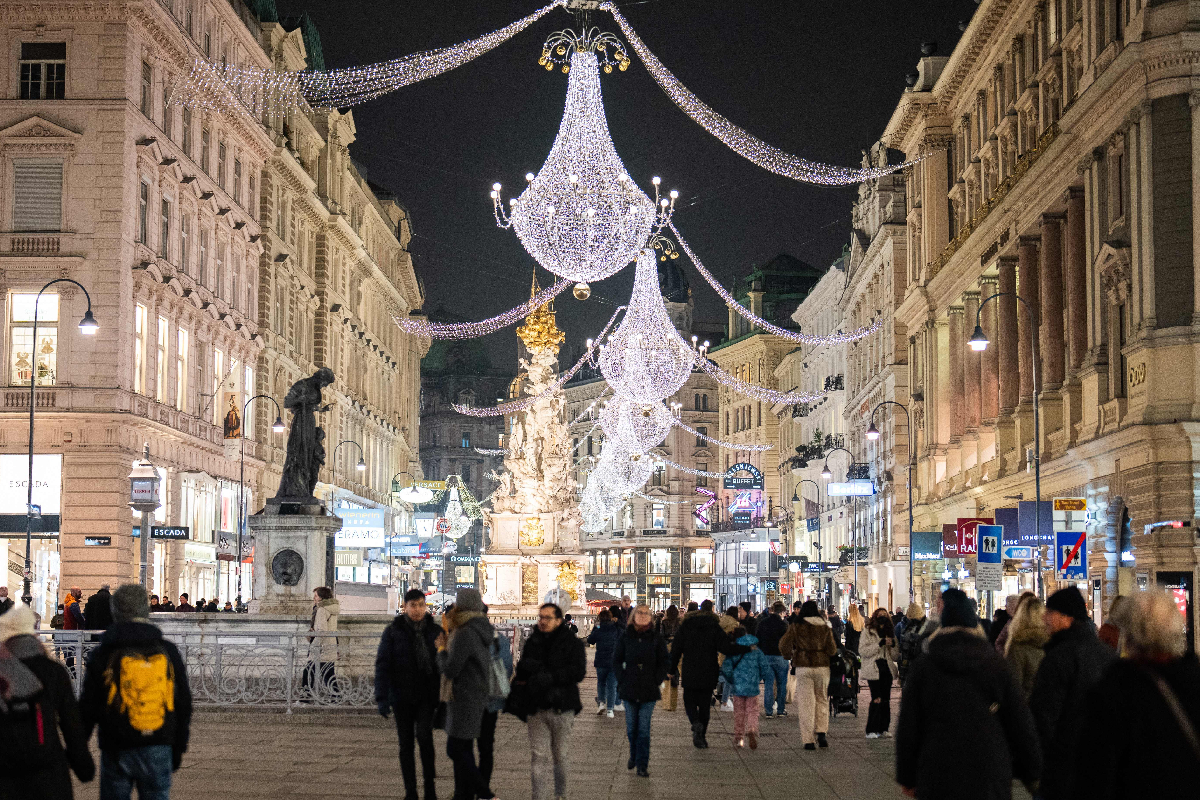 A few million LED lights transform the Austrian city every year, and 2021 is no different. With roasted chestnuts or glühwein (mulled wine) in hand, you can meander along the glowing trails, light displays in trees, nativity displays, glittering chandeliers and red hearts – all bringing a touch of festive glamour to Vienna.

Draped in one million LED lights, more than 40 streets and squares come to life for the holiday season in Stockholm. From life-size reindeer and floating red hearts to glittery golden arches, the Christmas lights make for a truly magical winter wonderland.