A city whose motto is ‘Diversity Our Strength’, a quick trip to Toronto offers a glimpse of Canada’s cultural mosaic. 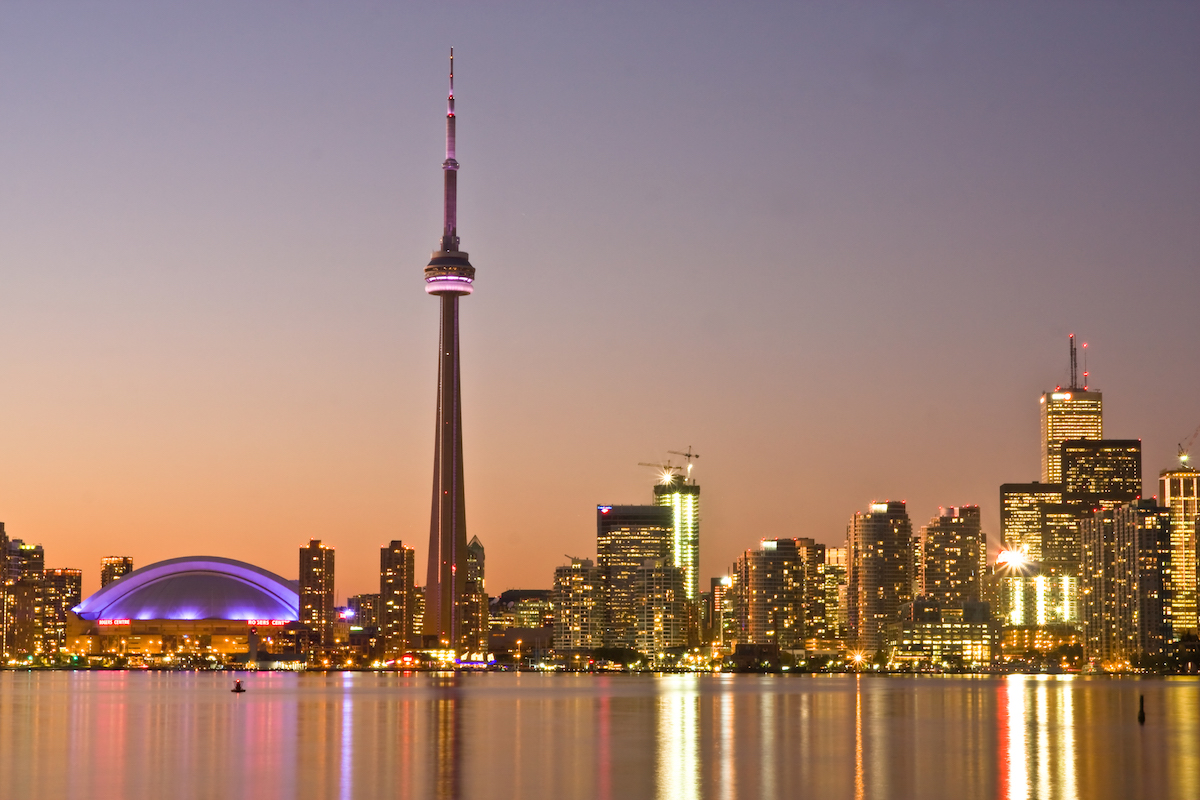 Ranked as one of the world’s most multicultural cities, a trip to Toronto takes you on a journey around the world. Stroll through Chinatown to grab Mexican in Kensington Market or Little Italy before feasting on Spanish pintxos on College Street. Things to eat, see and do are endless in this city; one stopover won’t be enough.

If Momofuku is in the name, you know it’s going to be good. The famous culinary brand’s newest Canadian establishment boasts a fusion of Colombian-Canadian flavours, thanks to Colombian native chef Paula Navarette. Named after the Japanese god of fire, the hearth and the kitchen, Momofuku Kōjin appropriately boasts a wood-fire grill in the middle of its kitchen, with a menu that highlights local meats and produce cooked over an open flame.

If you’re looking for a quick, casual lunch, head to this little spot in Kensington Market for some of the best tacos in town. Exciting offerings like the blackened mahi-mahi and octopus with pumpkin seed mole tacos are generous in size and flavour. This Baja-style restaurant is small and popular among locals, so prepare to order your food to-go and have a wander in the markets – it’s worth it though. 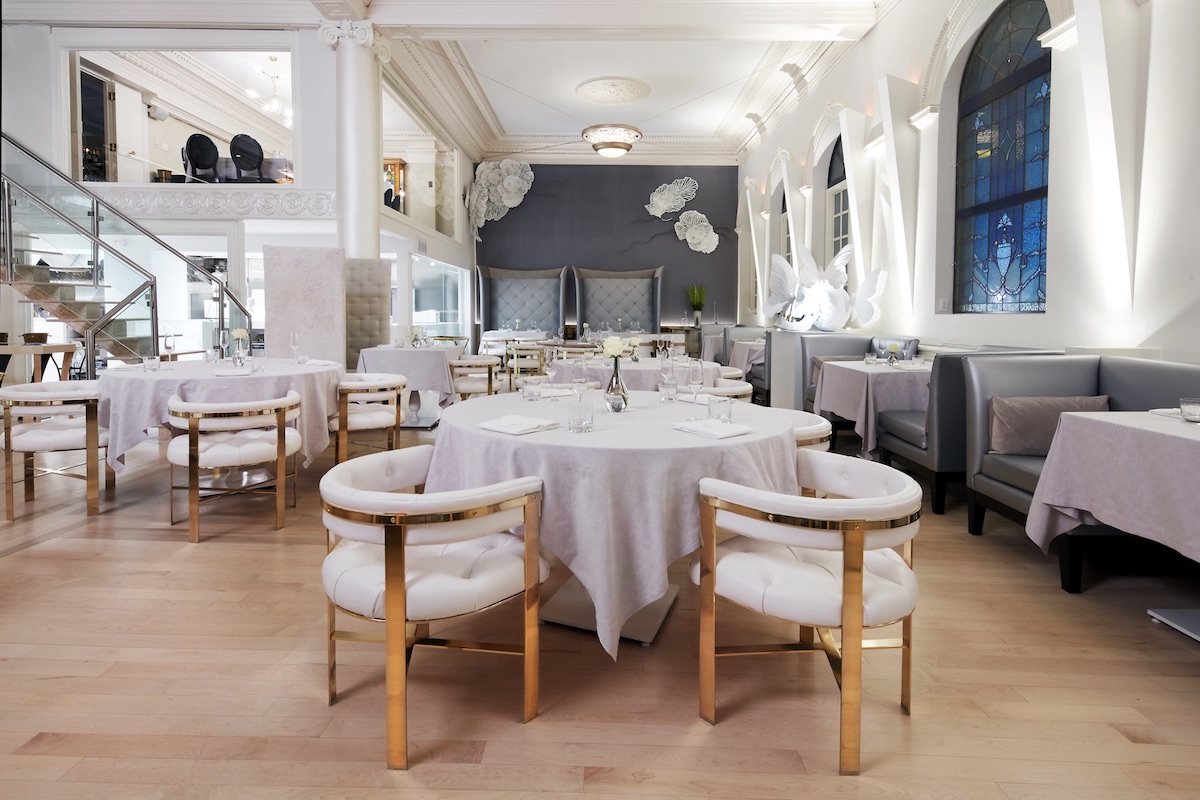 When Gaudiesque interiors come to dance with Spanish dishes like shishito peppers, jamon croquetas or chistorra sausage, the result will transport you to the vibrant Barcelona neighbourhood Raval – exactly what they’re going for at Toronto’s top tapas and pintxos bar. 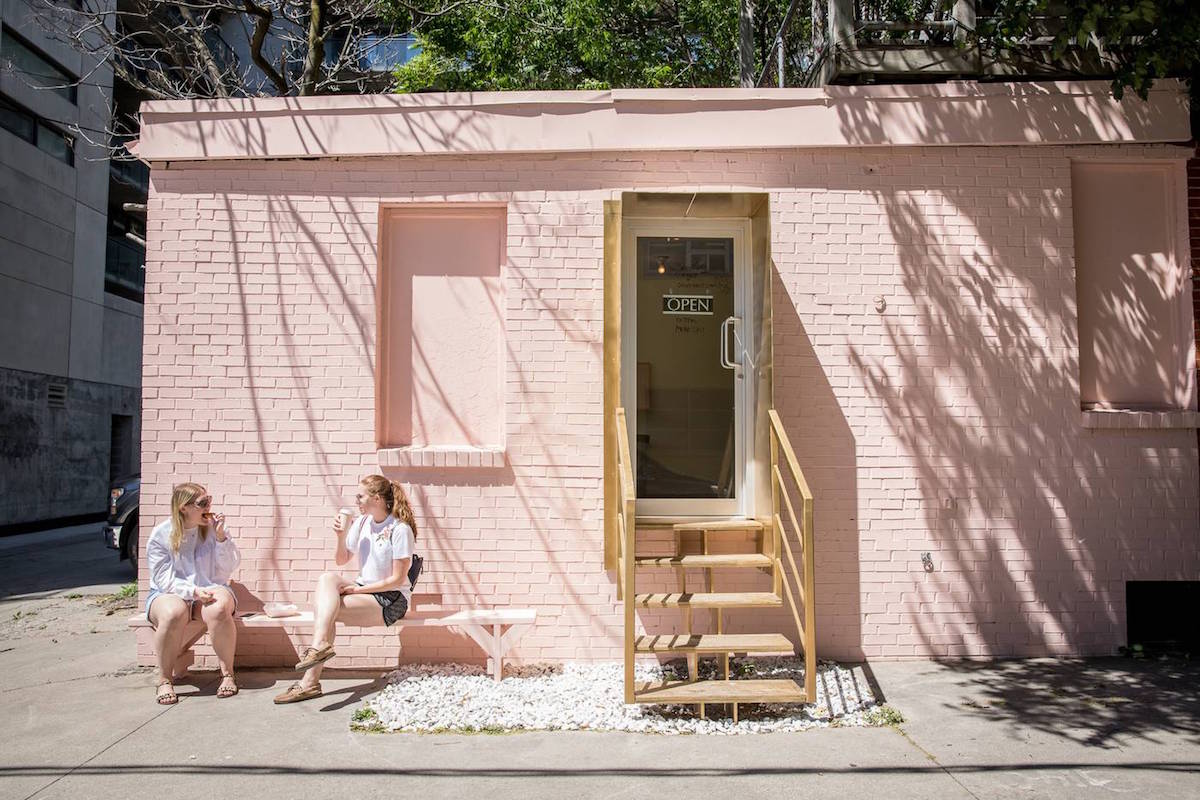 The name’s a play on the law enforcement stereotype, but there may be no truer Canadian staple than coffee and doughnuts. Kick this pastime up a notch and head to Adelaide Street West to get your specialty filter coffee fix and made-from-scratch, melt-in-your-mouth mini doughnuts. The hot, doughy, deep-fried pastries are so tasty it’s a crime. 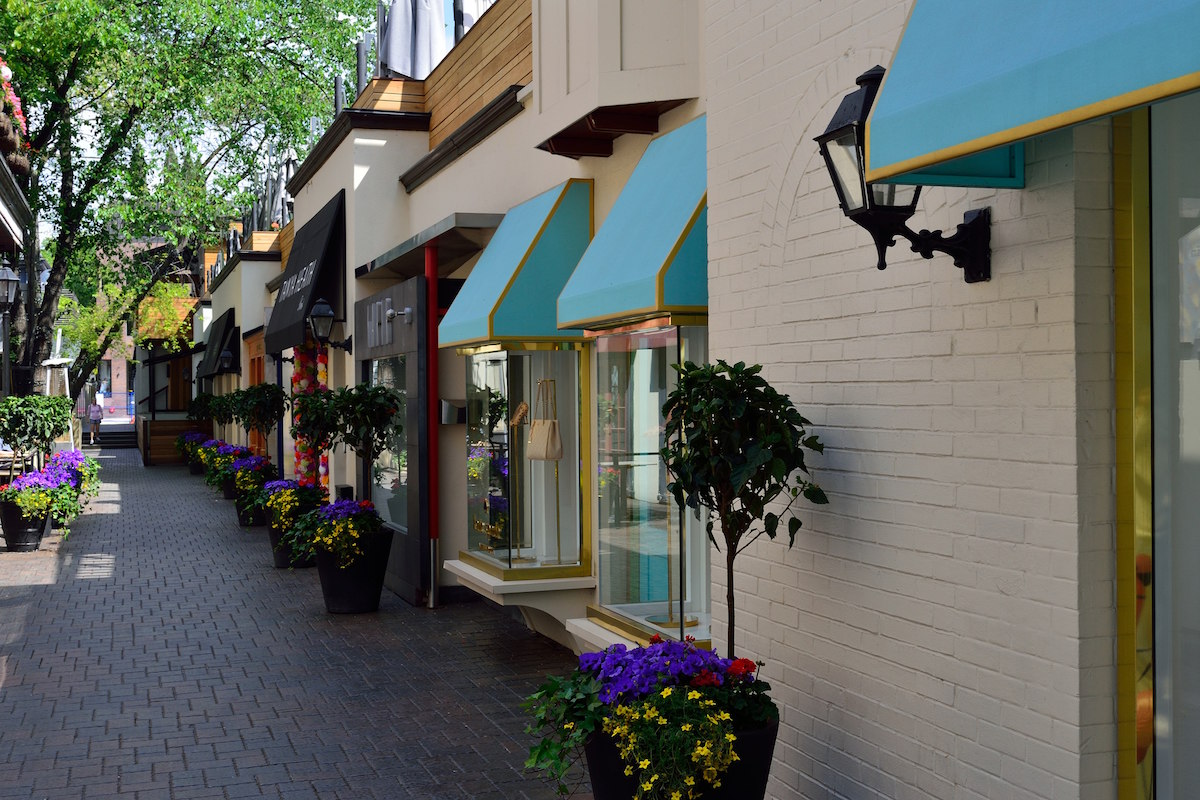 Make your way north to the upscale neighbourhood of Yorkville to survey designer stores like Tiffany, Chanel, Louis Vuitton and Hermès as well as an array of independent shops. Browse the ‘Mink Mile’ on Bloor Street, named the 22nd most expensive shopping street in the world.

Voted by Vogue as the world’s second-coolest neighbourhood, there’s never a dull moment on Queen Street West. One of the trendiest shopping scenes in the city, you’ll find anything from boutique clothing shops and funky patisseries to vintage stores and secret galleries. 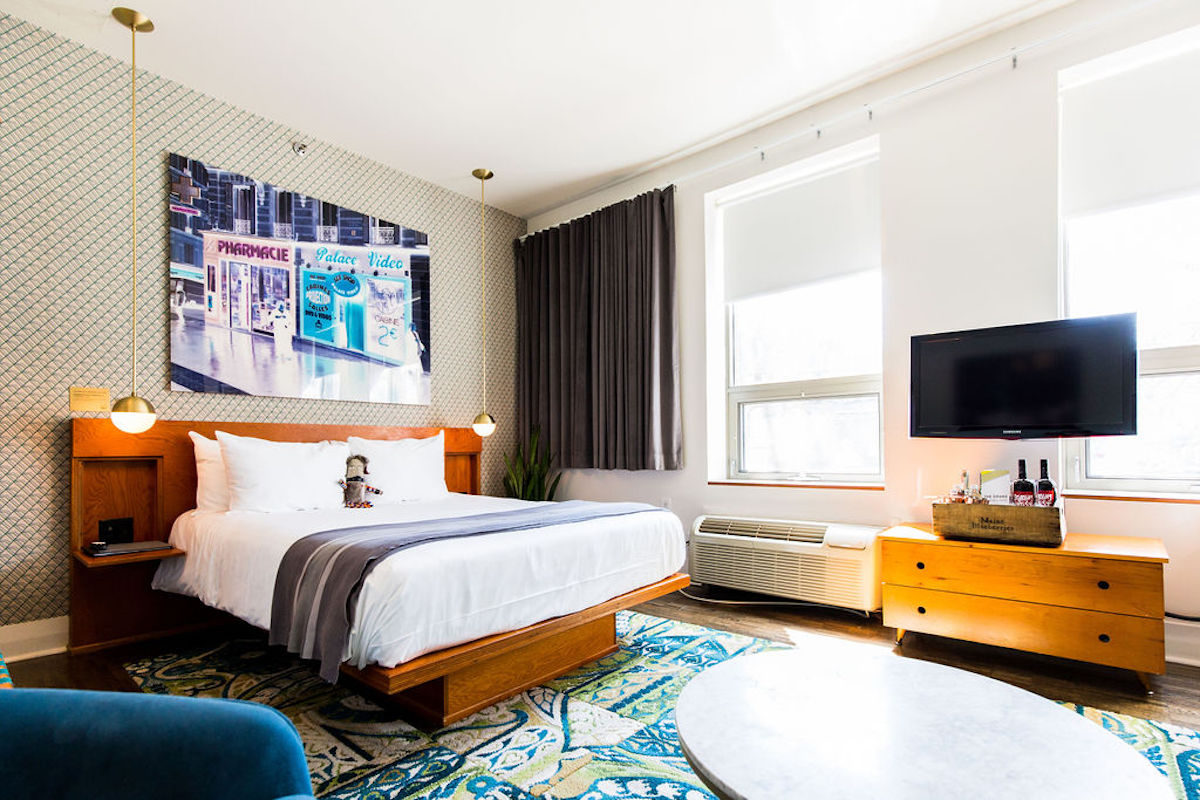 The Drake Hotel located on Queen Street West is more than a place to stay. It’s the “Toronto destination for unbeatable hospitality experience fused with art, culture and community”. Ranging from XS Nooks to XL Suites, the 19 rooms are unique, comfortable and quirky. On-site are three dining venues – lounge, café and rooftop terrace – so there’s an option regardless of time or mood. It may not have a spa or gym, but hotel guests can take free yoga or spin classes at local studios.

Toronto’s first luxury boutique hotel sits in the expensive shopping and dining district of Yorkville. Modern opulence at its finest, interiors are care of Canadian design firm Yabu Pushelberg – the team behind the W and St. Regis New York. No stranger to celebrities, the sophisticated hotel offers a range of extravagant features like a luxury private screening room, spa and fine dining restaurant.

Have you even been to Toronto if you haven’t scaled the CN Tower? Head to the bar at the award-winning 360 Restaurant to see the city from 351 metres (1,151 feet) above. If the mere thought makes you feel like a drink, you’re in luck; there are more than 550 international and Canadian wine options available at this cellar in the sky.

This intimate cocktail bar in Queen Street West is the perfect place for a unique drinking experience. The logic behind the name is soon apparent; cocktail elements come candied, caramelised, toasted and baked, among other cheffy treatments. Try concoctions like the Coconut and Absinthe Sour, Toasted Old Fashioned or the Black Truffle. 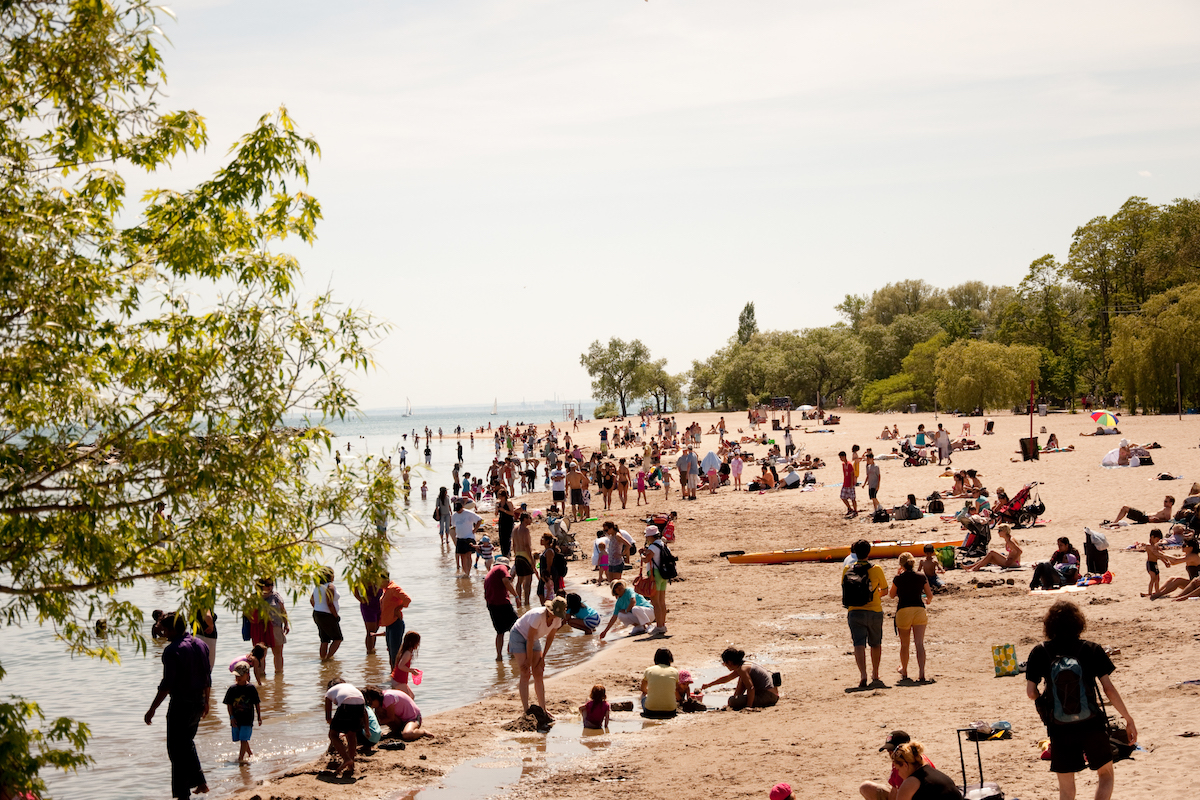 If you have enough time, the Toronto Islands are worth venturing to. It’s only a 15-minute ferry ride from downtown Toronto to the oasis archipelago on Lake Ontario. Journey to a beautiful beach, stroll along a boardwalk, explore a lighthouse, and see a spectacular view of the city skyline. 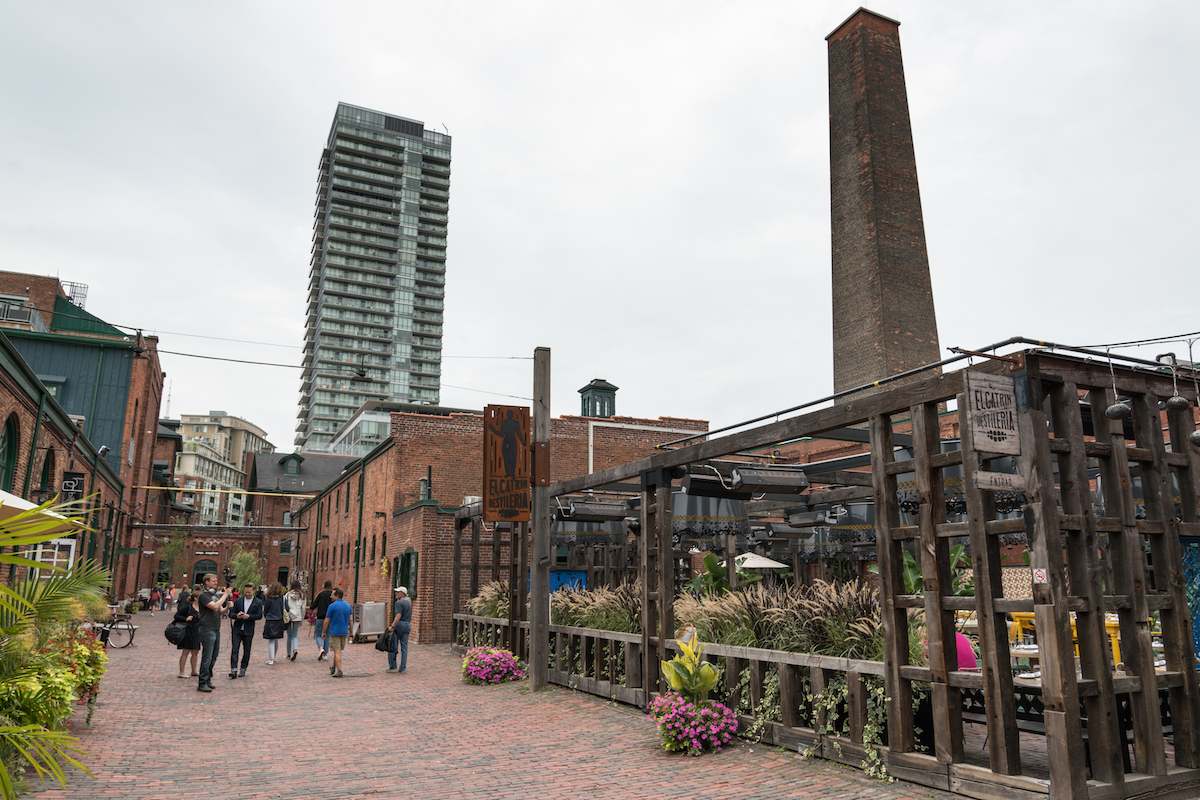 This historic distillery district east of downtown is the largest collection of Victorian-era industrial architecture in North America. Boasting 19th century buildings, the pedestrian area has been converted into a year-round hub for food, drink, art, live music and, in December, Toronto’s famous Christmas market. 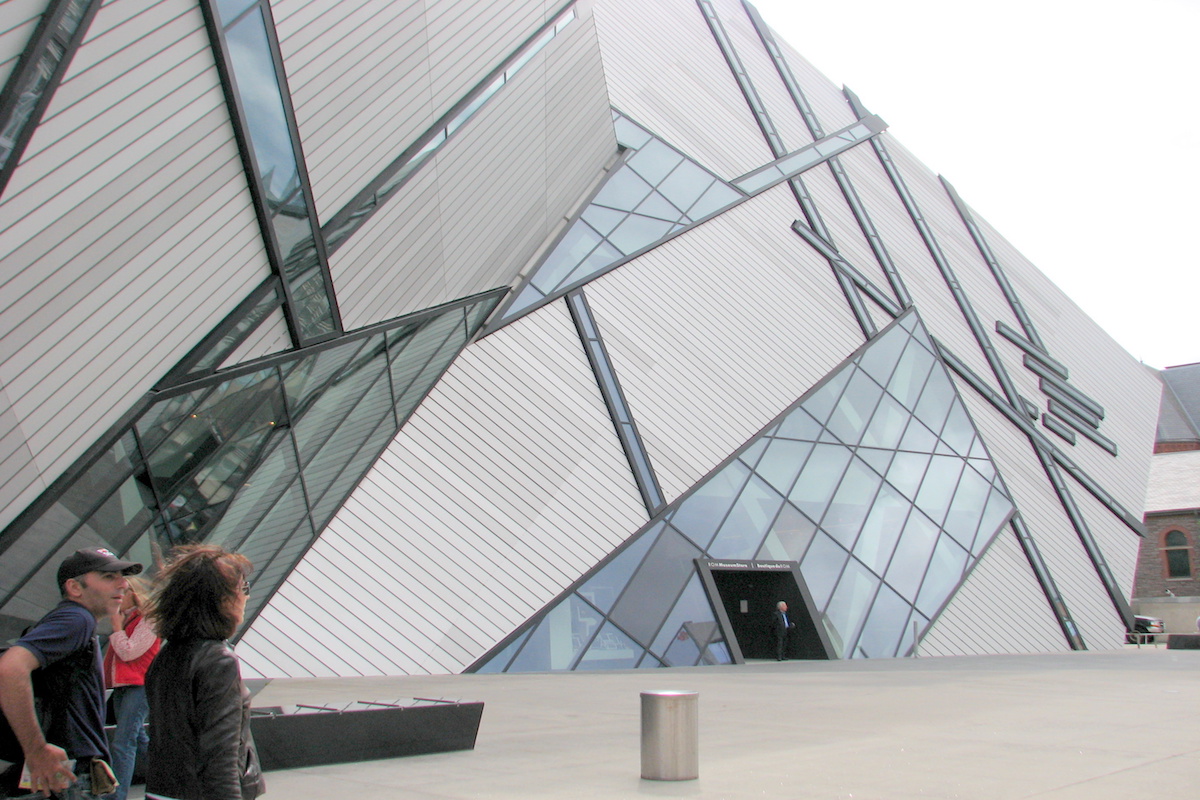 You’ll never be bored at the largest museum in Canada. The ROM is a museum of art, world culture and natural history, attracting more than one million visitors a year to its six million items and 40 galleries. Exciting exhibitions like ‘Bloodsuckers: Legends to Leeches’ or ‘Gods in My Home: Chinese New Year with Ancestor Portraits and Deity Prints’ make this museum one of a kind. 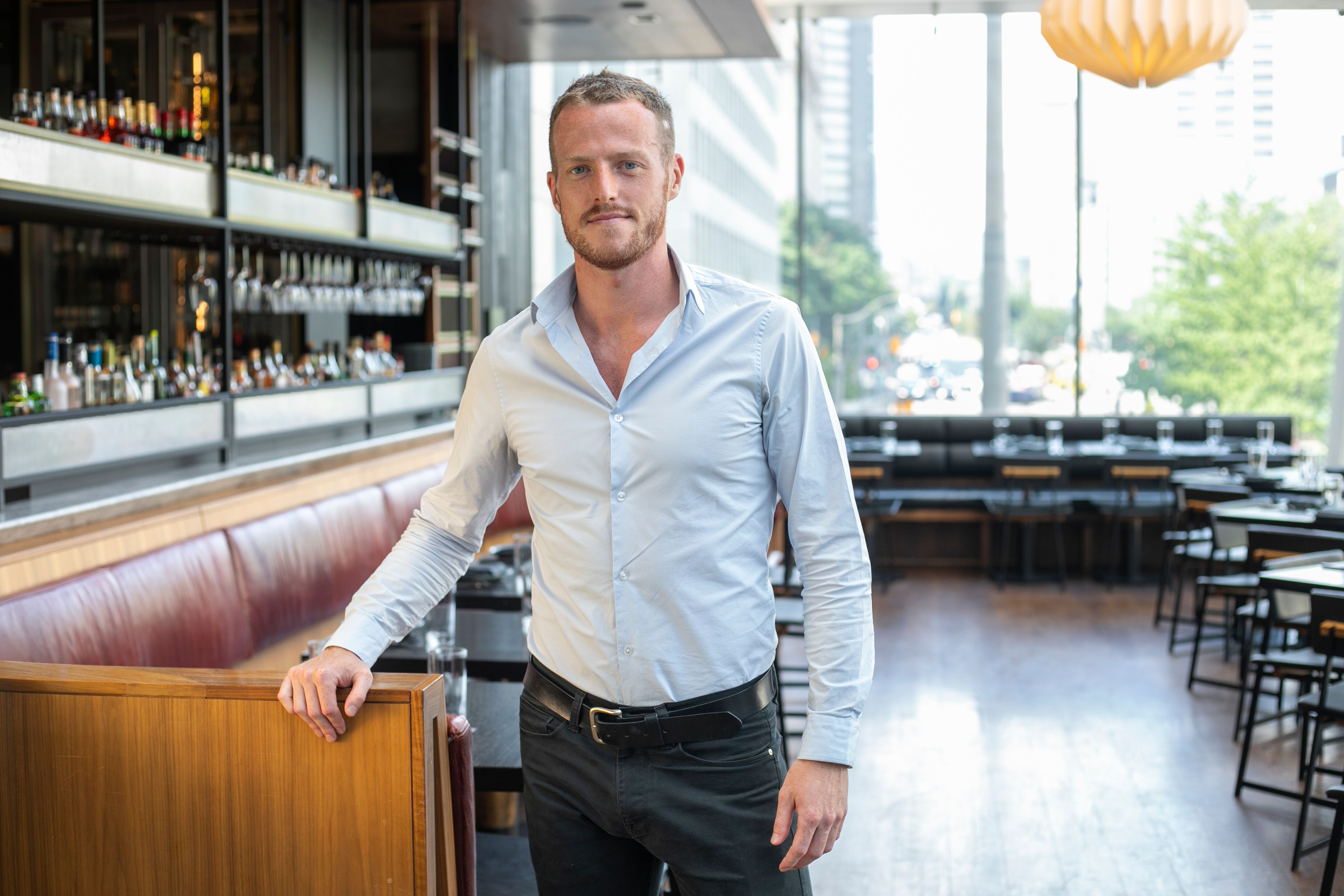 What do you enjoy on your days off?

I like to be outdoors, all year round. So in the summer, I’ll be at one of Toronto’s many beaches, either on Toronto Island or far out in the east end of the city. In the wintertime, I’ll take a trip up to one of the ski hills north of the city, like Mount Saint Louis Moonstone.

It’s hard to pick just two. I love casual restaurants with simple food and service both done well. I love Côte de Boeuf on Ossington. I have spent a lot of time in France and Montreal, and this is a nice homage to both. Another is Annabelle’s Pasta Bar on Davenport Road – they serve just three fresh pastas that change daily and are always easy and delicious.

The George Street Diner – a tiny breakfast spot downtown that has been open for years but still has a hidden gem vibe. It’s owned by an Irish lady so it’s where I go for a taste of home. Great for a coffee and a morning meeting. If mornings aren’t your thing, Poetry Jazz Cafe in Kensington Market has some amazing live music in the coolest little venue.

Both the Niagara region and Prince Edward County. I would visit the wineries and in the summer bring a bike –¬ both areas are amazing for cyclists. Pearl Morissette in Niagara, where there is a pretty special occasion restaurant too, is a favourite.

Shakespeare in High Park ¬– I had never been to an open-air theatre before, and this was incredible. It happens every August.

What do you enjoy on your days off?

Blue Jays games, play golf, explore High Park and travel as much as I can.

Cold Tea in Kensington Market and Harry’s Charbroiled Dining Lounge – get there before it closes early October.

A Paradise Lost on the patio at Blood Brothers Brewery.

Have an upcoming stopover in New York? See our recommendations for what to eat, see and do in the big apple.