With membership limited to just 600, Club Moolia in Western Australia’s capital will be the Asia–Pacific region’s most exciting private club for motorsport fans and luxury leisure seekers. Whether it’s racing million-dollar sports cars or challenging your guests in a game of golf, tennis or basketball, or simply lounging by a crystal turquoise lagoon, Club Moolia has it all – for just a select few of the world’s elite.

When it officially opens in 2022, the A$100 million automotive country club, which also features private suites for its members will call Western Australia’s Perth home.

“When we came up with this idea, we got a lot of our inspiration from my time in the US and the UK, where I saw California’s The Thermal Club, New York’s Monticello Motor Club and Yas Marina in Abu Dhabi,” explains Club Moolia’s Co-Founder, Ronald Shaw.

“I thought, ‘Wow, this doesn’t exist at all in any facet in the Asia–Pacific region.’”

And with that notion Club Moolia was born. 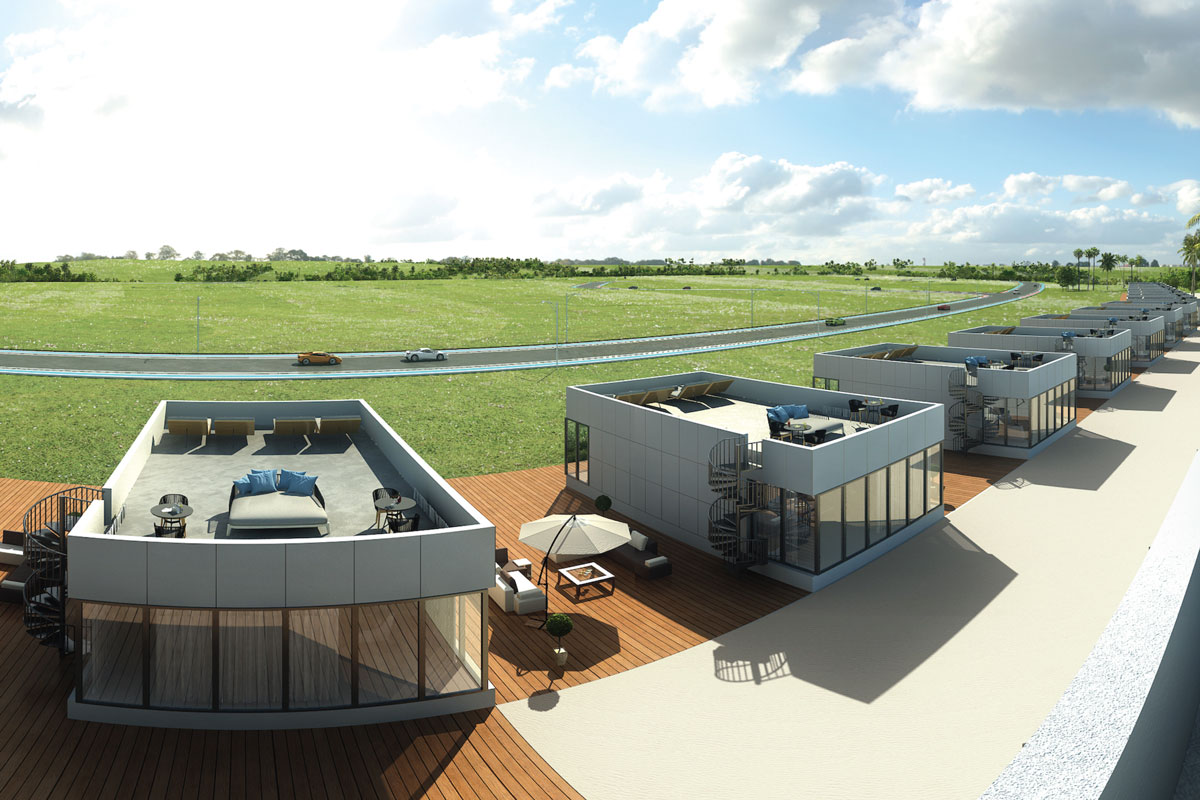 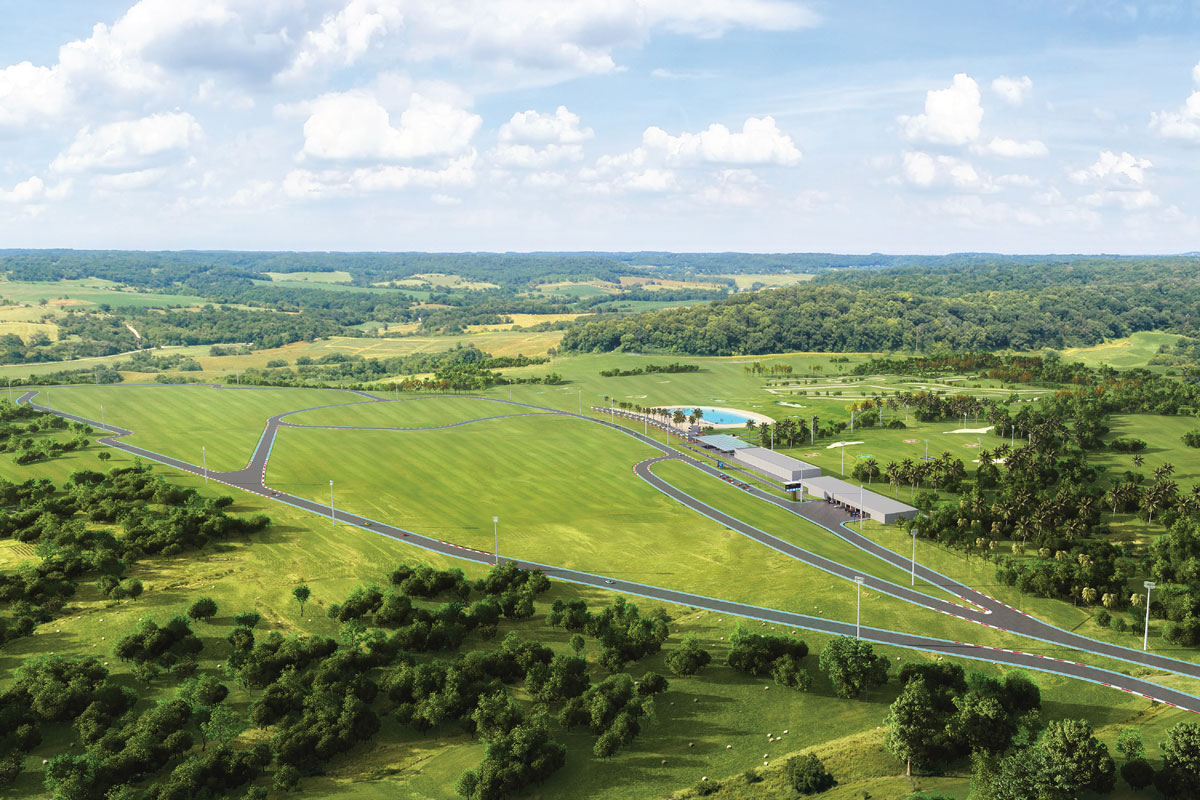 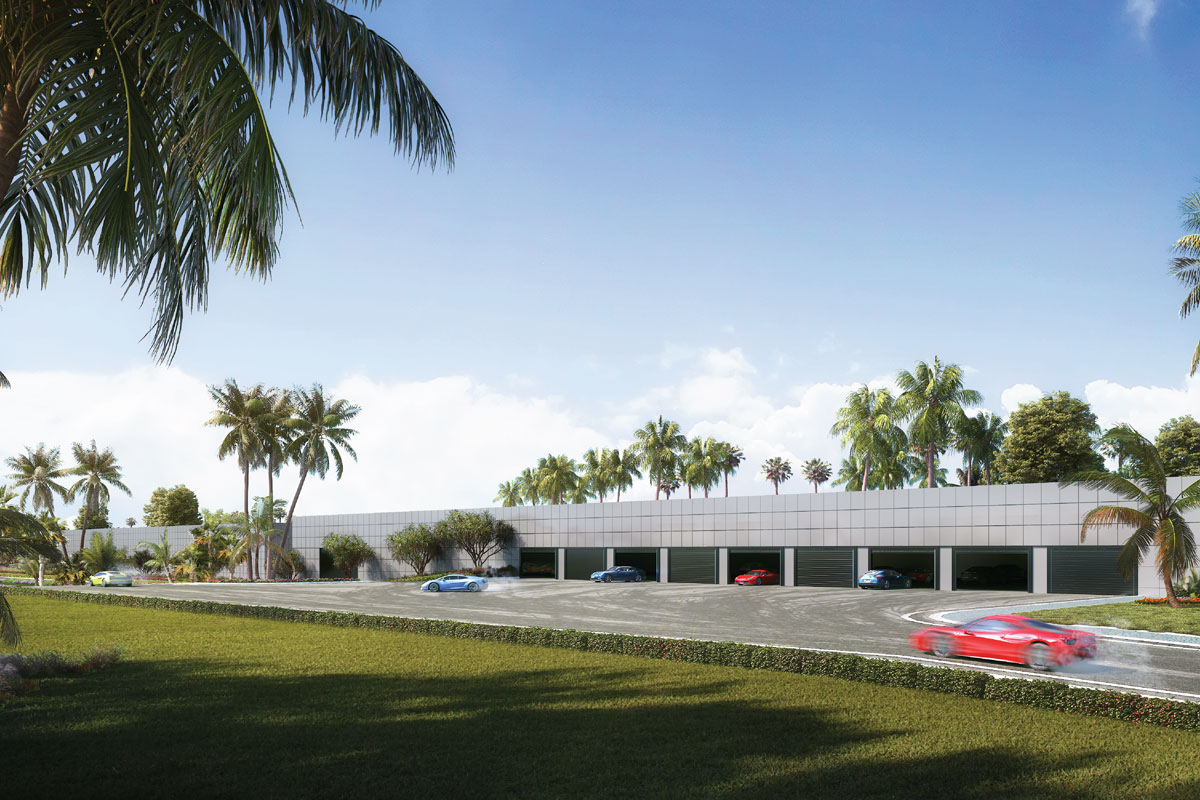 More than just a standard racetrack, the destination will boast a 4.1km state-of-the-art circuit with 17 turns, FIA-approved design, digital marshalls flanked by CCTV and artificial intelligence, which looks after climate-controlled garages for up to 150 customer vehicles. Shaw believes the latter offering will be an important one.

“We will also have cars for people to rent on the property,” he adds.

With the team behind Club Moolia being based out of Singapore, Shaw is aware that their exorbitant government taxes means that cars can cost four times that of the US market and double that of the Australian market.

“A lot of clients have already told us that for the price they can buy a car in Australia, they would just park and store it there and we can take care of it for them.”

This explains the level of world-class track amenities on hand. 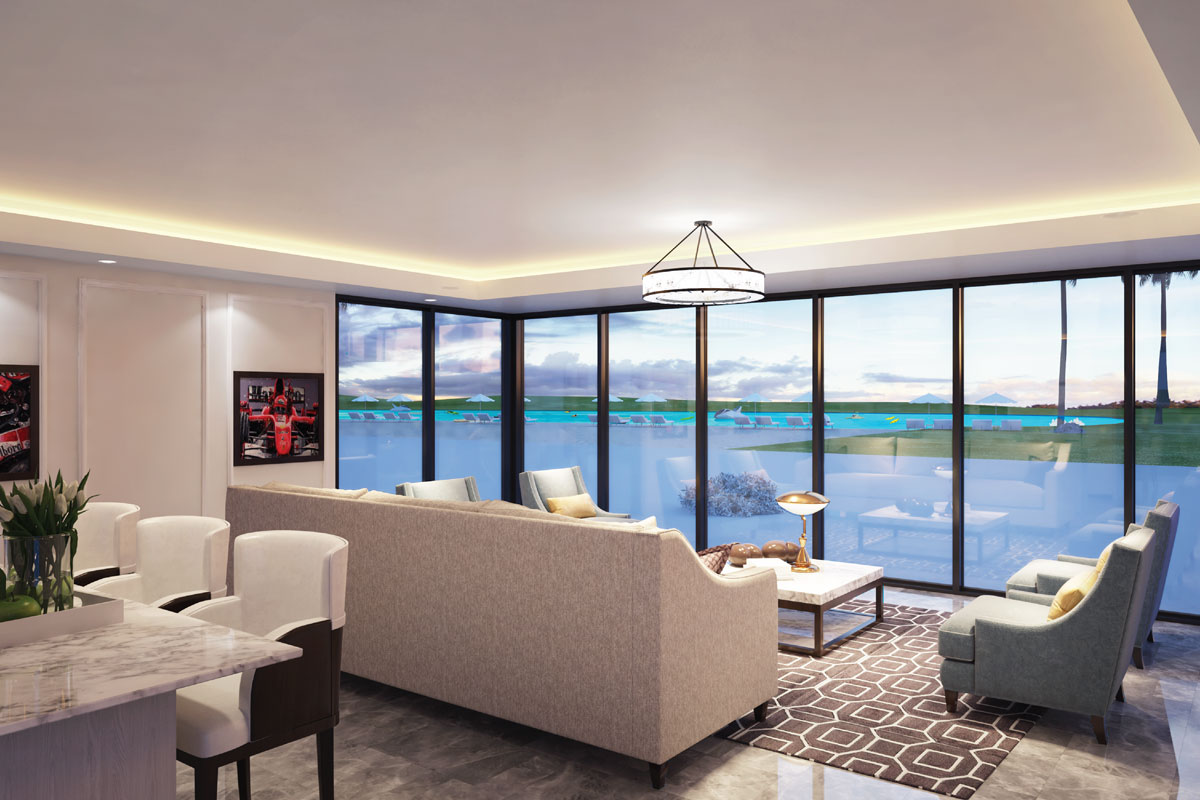 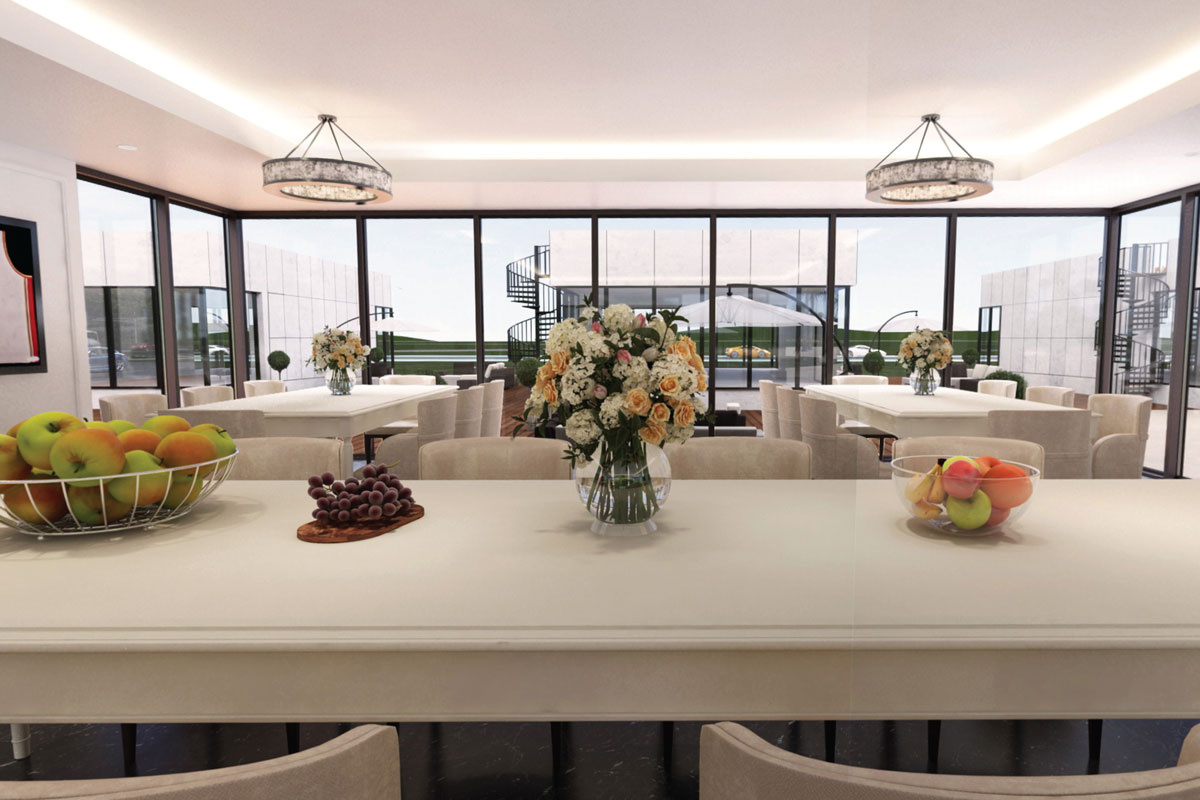 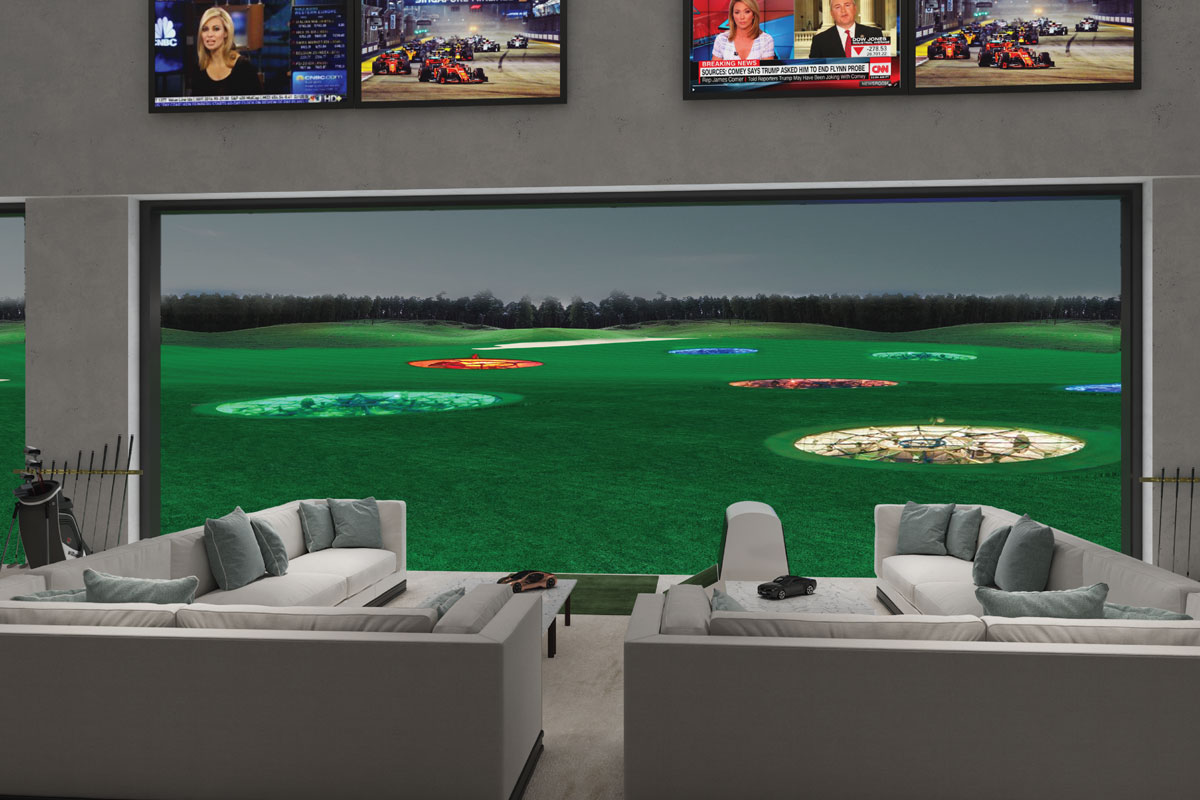 Club Moolia’s second crowning feature will be Australia’s first and only Crystal Lagoons. Known globally for replicating expansive Caribbean-like crystal lagoons complete with white sandy beaches that can be placed anywhere away from the coast, Crystal Lagoons will provide a stunning backdrop against the rolling greens of Perth. It’s also environmentally sound as it uses 100 times less chemicals and requires just 2% of the energy required by conventional swimming pool filtration systems.

The inclusion of two clubhouses and private suites means that family and friends can watch all the racing action in comfort without having to bear the Western Australian heat. 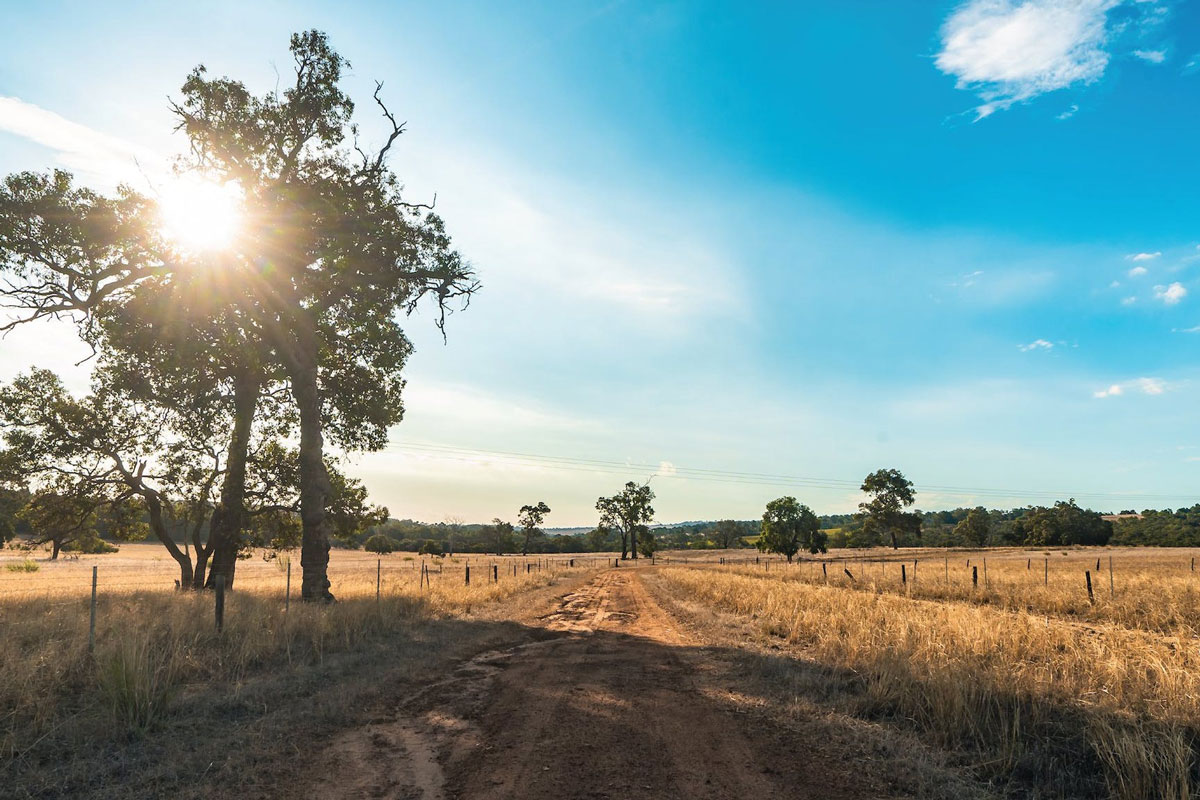 Perth is known more for its robust mining industry than its luxury playground offerings, so Club Moolia was always going to be an interesting proposition. For Shaw though, it was a no-brainer.

“We chose Perth specifically as we wanted somewhere accessible to all of Asia–Pacific and Perth is between Asia and the rest of Australia. We want to cater to domestic members across Australia, Singapore, Indonesia, Malaysia and Hong Kong.

“There are also a lot of constraints to building something like this, so that’s why people don’t build it very often,” he explains.

“The biggest one is the noise. You need to have a land size that is large enough so that you don’t disturb the neighbours in the area. We needed to go somewhere in the world where we could buy 1,000 hectares near the city. The Club Moolia development itself is only 50–60 hectares, but the land it’s on is about 1,200 hectares.”

More importantly, Shaw highlights the presence of other luxury developments in Perth, including The Ritz-Carlton Perth and Crown Hotels, as an indicator for Club Moolia’s potential.

“We felt that Perth was starting to create the amenities and infrastructure necessary for people of this net worth to appreciate. A lot of the members we talk to in Singapore say there’s really nothing like that; you can’t compare Asia–Pacific to Perth where there are such beautiful landscapes and you don’t have to worry about traffic all the time. Now with the luxury five-star amenities, it was a sign for us to launch.” 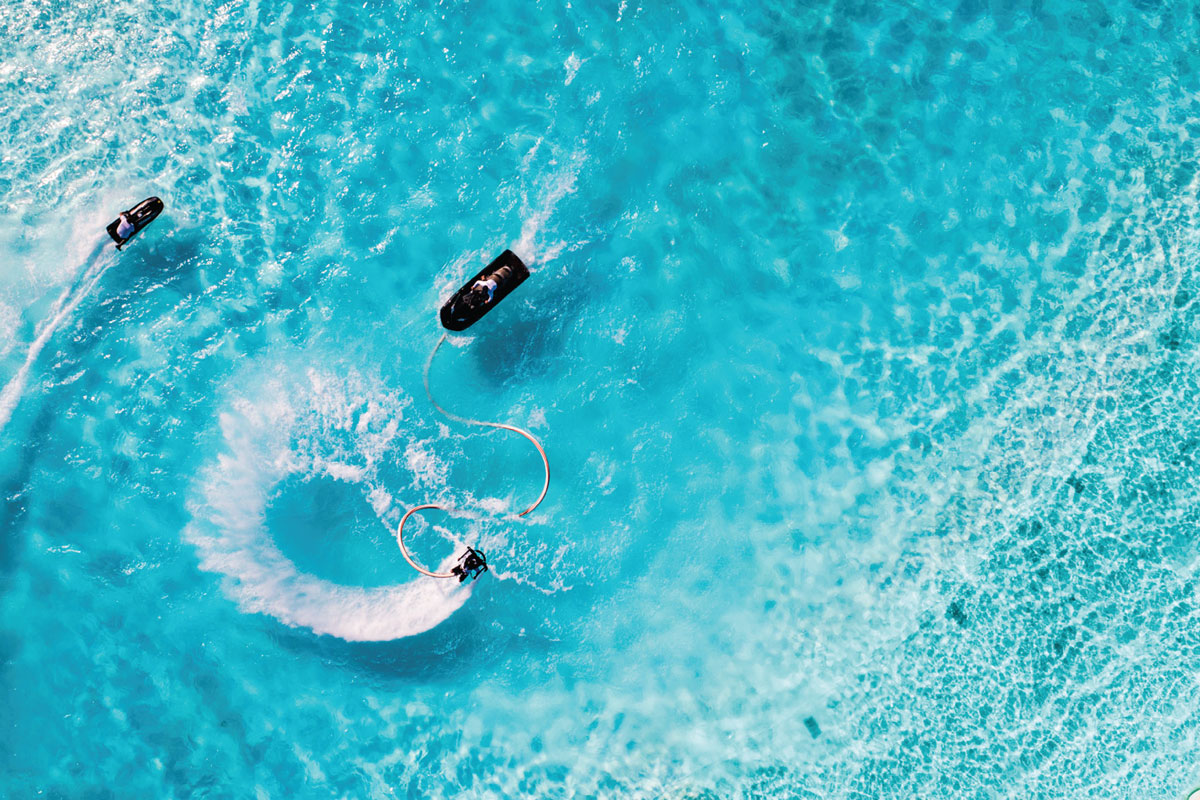 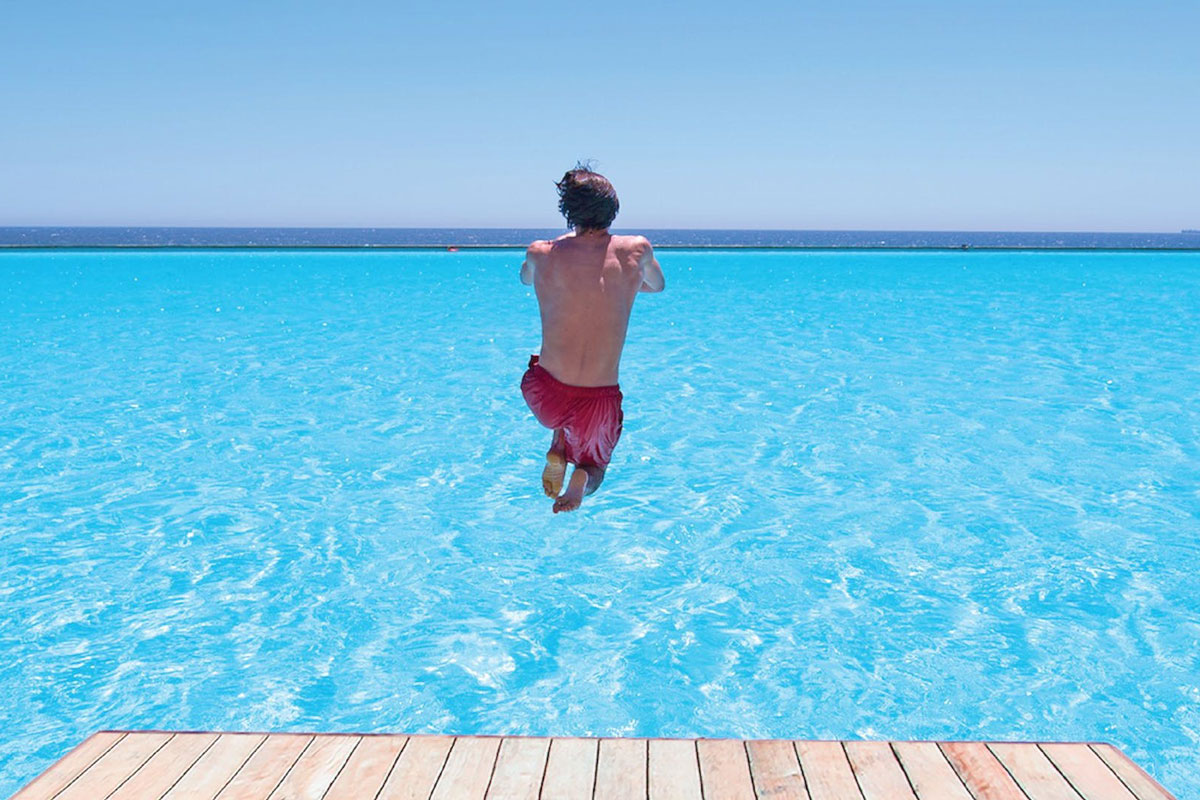 At $30,000–$100,000 per membership, accessing Club Moolia isn’t for the faint-hearted. The price does, however, include access for members’ families, colleagues and clients.

The model is quite unique and split into three tiers: Celebrity, Prodigy and Conglomerates.

Shaw explains that the business model was borrowed from ONE°15 Marina Sentosa Cove in Singapore, a company in which they have a minority share.

“They built a membership-based marina in Singapore and, from working with them, what we learned is that in order to reach out to these clients, it has to be exclusive.

“Exclusivity is critical to being successful. For the right to have this exclusivity, you have 600 members and charge them an initiation fee and modest membership fee. This means you are not concerned about whether you can make payroll the next day.

“The way the business model works means that we don’t make a dime off our membership fees. We use it to ensure members have a great experience in terms of top-tier customer service, maintaining the property to the top level.

Where Club Moolia will make money is through food and beverages, additional amenities like day rooms and the ability to rent a room for a day for family and friends.

“The key to the model is identifying and choosing wisely who your 600 members are because you don’t have an unlimited market to sell to. Once you’re at 600, you’re done, and you just have to treat them really well.”

Club Moolia’s developer is Ascapia Capital, a fund management company based in Singapore. The group has hired a construction consultant behind some of Marina Bay Sands’ most stunning developments with construction to recommence once the pandemic eases.

Read next: Inside the world’s most exclusive private members’ clubs