These destinations will earn megacity status by 2030

Home to more than 10 million inhabitants, the world’s megacities are growing in both size and number, according to the United Nations. But will it be too much for already crowded urban hubs? 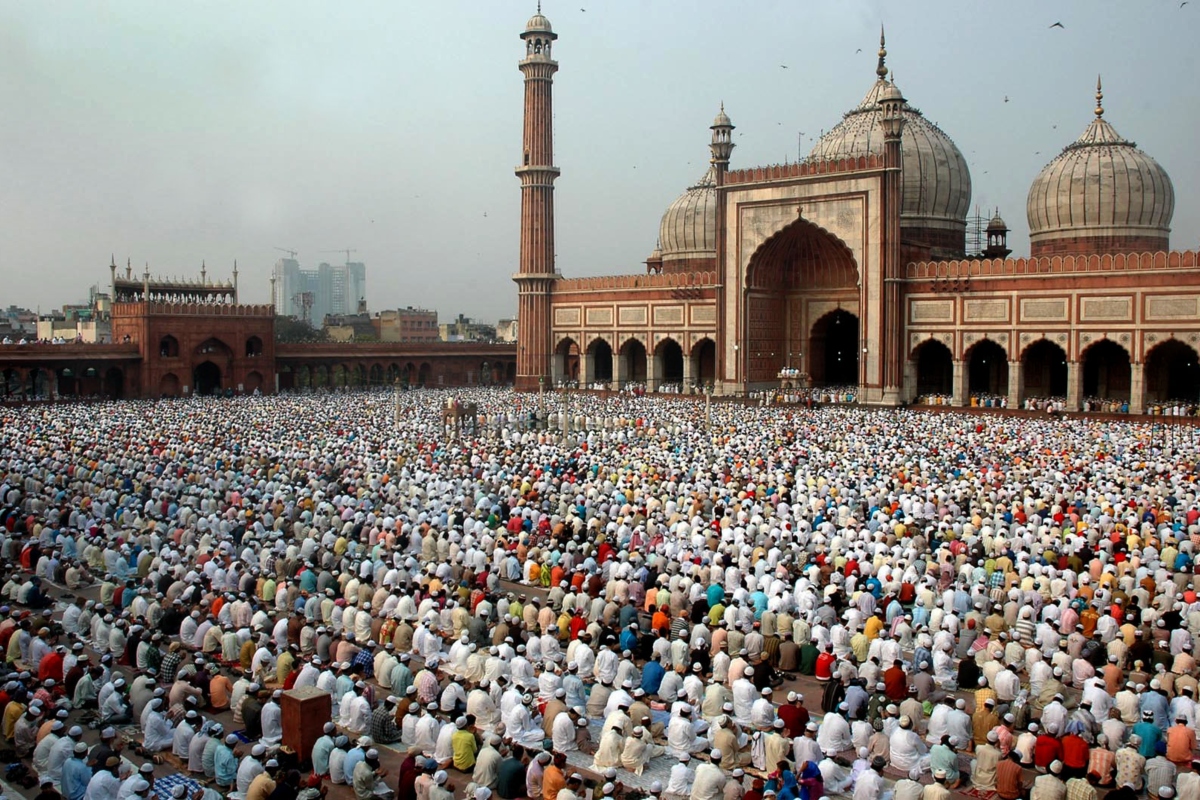 In line with steady population growth and the accelerating global trend towards urbanisation, city slickers are taking over the world.

The United Nations estimates that last year, 55.3% of the world’s population – a massive 4.2 billion people – lived in urban settlements. This is expected to reach 60% by 2030, and one in three people will live in cities with at least half a million inhabitants.

But what about the world’s already crowded cities?

When we hear the term ‘megacity’ – a city with a population greater than 10 million – giants like Tokyo, Shanghai and New York might spring to mind. However, the 10 up-and-coming megacities might surprise you.

According to the UN, the following 10 cities are set to break the 10 million mark between now and 2030, bringing the total number of megacities to a whopping 43 worldwide. 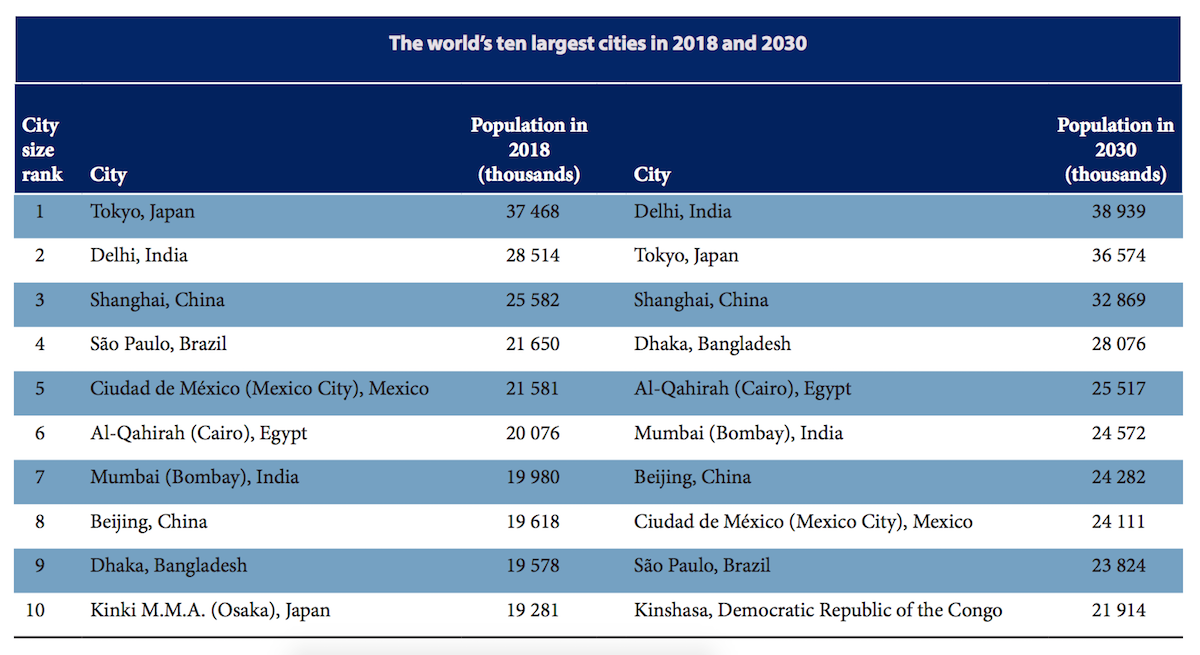 Asia and Africa are booming

The UN says 90% of this population growth will occur in Asia and Africa, where large rural populations will soon shift to the cities.

Between 2018 and 2030, the population of Delhi is projected to increase by more than 10 million inhabitants, toppling Tokyo as the world’s most populous city.

China will gain two more megacities in Chengdu and Nanjing, and Bangladesh’s capital Dhaka, will become the fourth largest city in the world with 28 million inhabitants by 2030.

A notable exception to Asia’s boom is ageing Japan, where the population is shrinking – causing it to drop out of the top 10 altogether by 2030.

In Africa, Cairo is set to remain the continent’s biggest city, while Kinshasa in the Democratic Republic of Congo is on track to break into the world’s top 10. 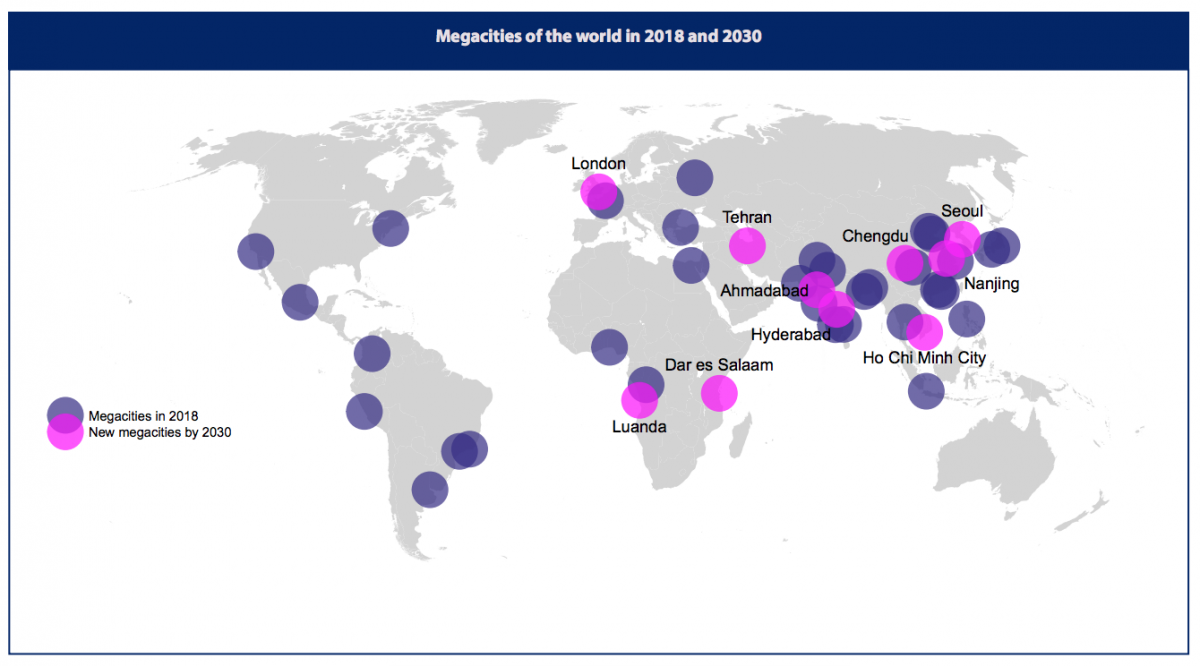 America and Europe are lagging behind

While it might be ranked as the world’s most powerful country, the US won’t see any new megacities by the time 2030 rolls around.

In most cases, however, declining or stagnating populations have been associated with persistent low fertility rates, particularly in Europe. The 52 cities with declining populations were home to 59 million people in 2018, down from more than 62 million in 2000.

Nevertheless, after a period of decline and nearly 200 years since it was the most populous city on the planet, London is once again growing fast.

According to the UN, these are the five greatest challenges facing big cities of the future:

These might be the largest cities in the world, but which countries are the best? Click here to find out.