At Lady Elliot Island – one small corner of Australia – you can see the wonderful profusion of natural life as it once was. We live with what has been tagged the ‘end of nature’. Every day, farming, forestry and fishing, buildings, roads and invasive foreign species slash the spaces where wild animals can feed and nest and thrive. So their natural populations fragment and thin.

One result: we rarely see animals in the sort of profusion that was once the global norm. Most creatures are not yet extinct, but almost none exist in anywhere near the numbers they once did.

This is the peculiar luxury that Lady Elliot Island Eco Resort delivers.

With it comes a hope – that we can reverse at least some of the damage wreaked on the natural world.

Amid life at Lady Elliot

A tiny coral cay, Lady Elliot sits right at the south end of the Great Barrier Reef, a stopping point, nesting area and haven for creatures of all types.

If estimates are right, this outcrop now hosts more than 200,000 or more birds through spring and summer. With so many crammed into the island’s 45 hectares, noddies and terns nest right next to pathways, squawking and feeding and raising their young. Turtles struggle up the beach to lay their eggs next to visitors’ cabins; seven or eight weeks later, hatchlings make their way to the water. At different times of year, you’ll see everything from Mongolian dotterels to red-tailed tropic birds.

In the late 1800s, guano miners dug out the island’s entire top metre, removing all vegetation bar eight magnificent pisonia trees. Those trees are now a centrepiece of the resort and the surprisingly fruitful effort to restore and maintain its rich life.

For 15 years, the chief conductor of this restoration has been resort Managing Director Peter Gash. Even at its most degraded, the island supported birdlife, and the reef around it teemed with fish, rays, turtles and other marine life. Gash and spouse Julie assumed the island’s lease in 2005 and have continued its revegetation, while moving the island almost completely to solar power.

Avoid Lady Elliot if you demand constant six-star hotel standards. Gash and his team maintain no pillow library, no in-floor accent lighting, no room service. Some rooms are glamping tents; bathrooms are uniformly small; the cabins boast ceiling fans rather than air conditioning. You leave mobile reception behind. Wi-fi, once purchased, appears erratically in a small corner of the resort. Meals come as tasty but simple buffets.

You’ll also be asked to keep the lights down and the curtains closed after dark, so as not to disorient the wildlife. And you’ll find earplugs in your bedside table, in case raucous birdlife keeps you awake.

Then again, you may find after a day in the water that the murmurings of a thousand nearby noddies induce deep and easy slumber.

The snorkelling in particular is remarkably accessible. Even weak swimmers can pull on a wetsuit or strap on a flotation vest in the resort’s dive shop, take a 15-minute safety lesson and head out to float face-down in this protected patch of the Great Barrier Reef Marine Park. You can drift down the island’s western side from the area known as Coral Gardens to the island’s lighthouse, or dive from a glass-bottomed boat. Anchored ropes and buoys keep you feeling safe and oriented. 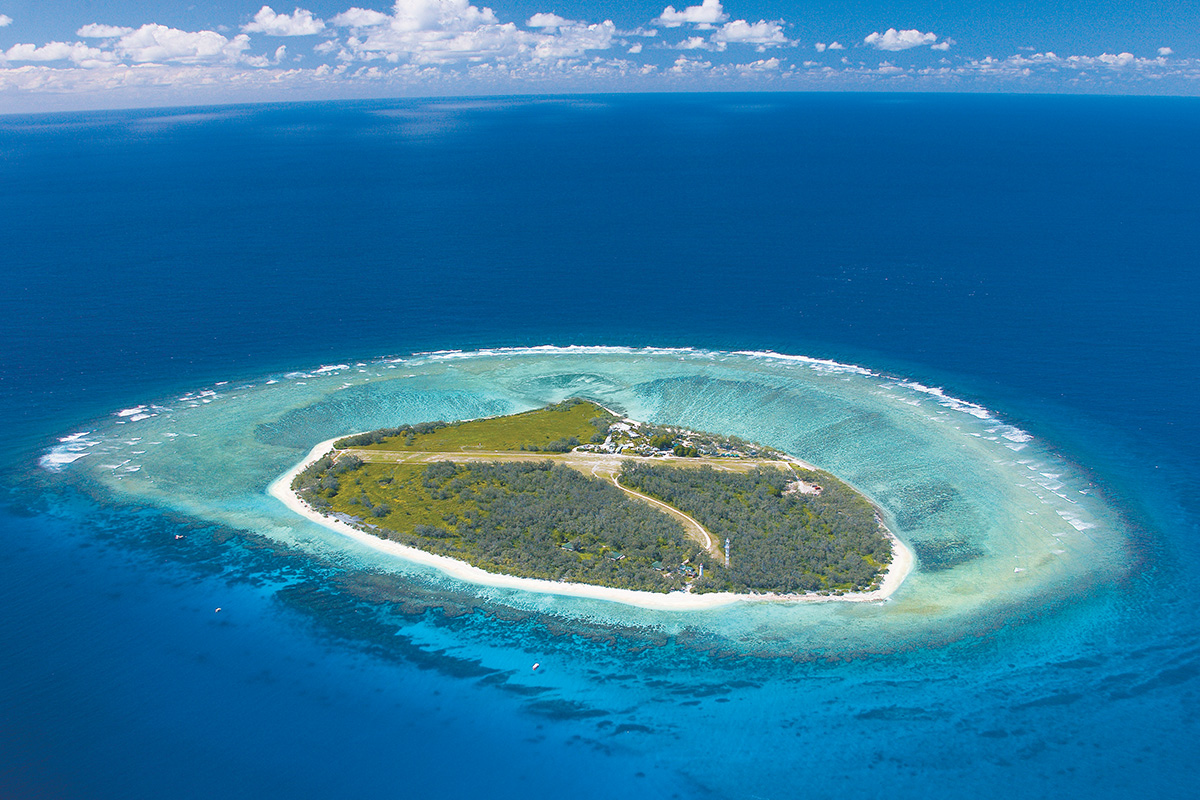 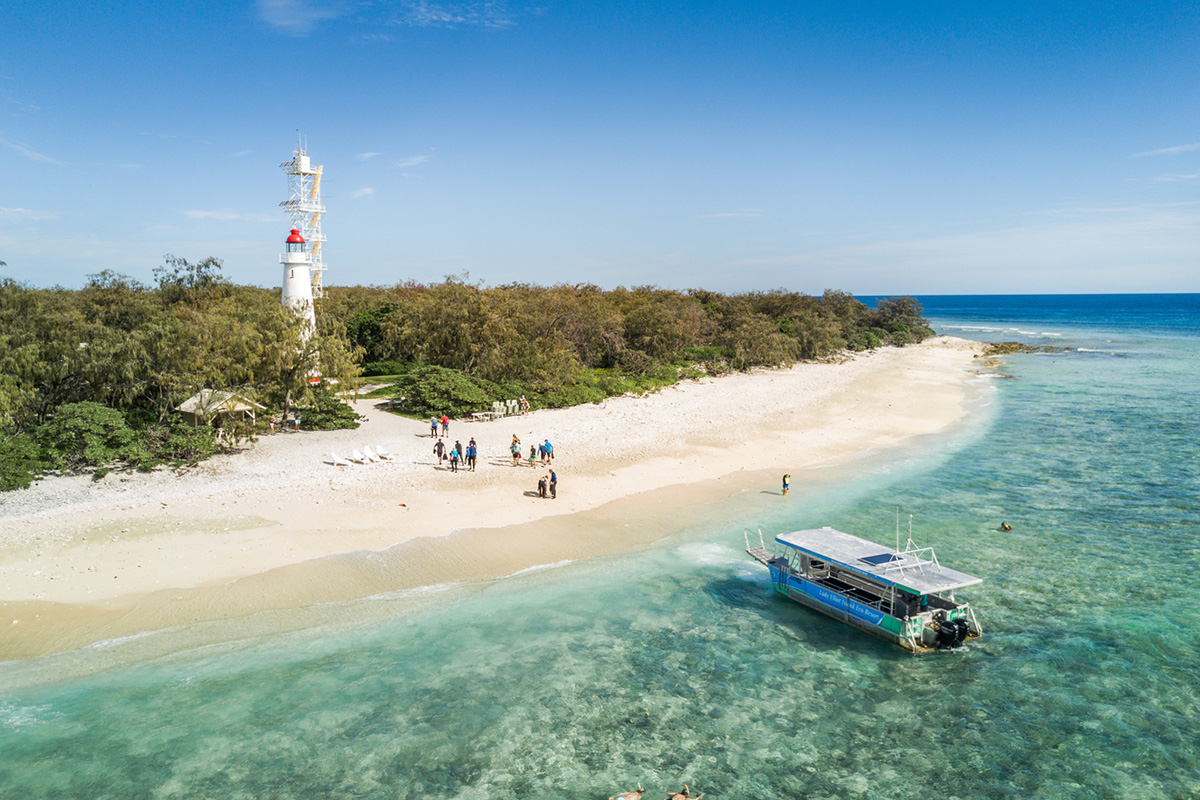 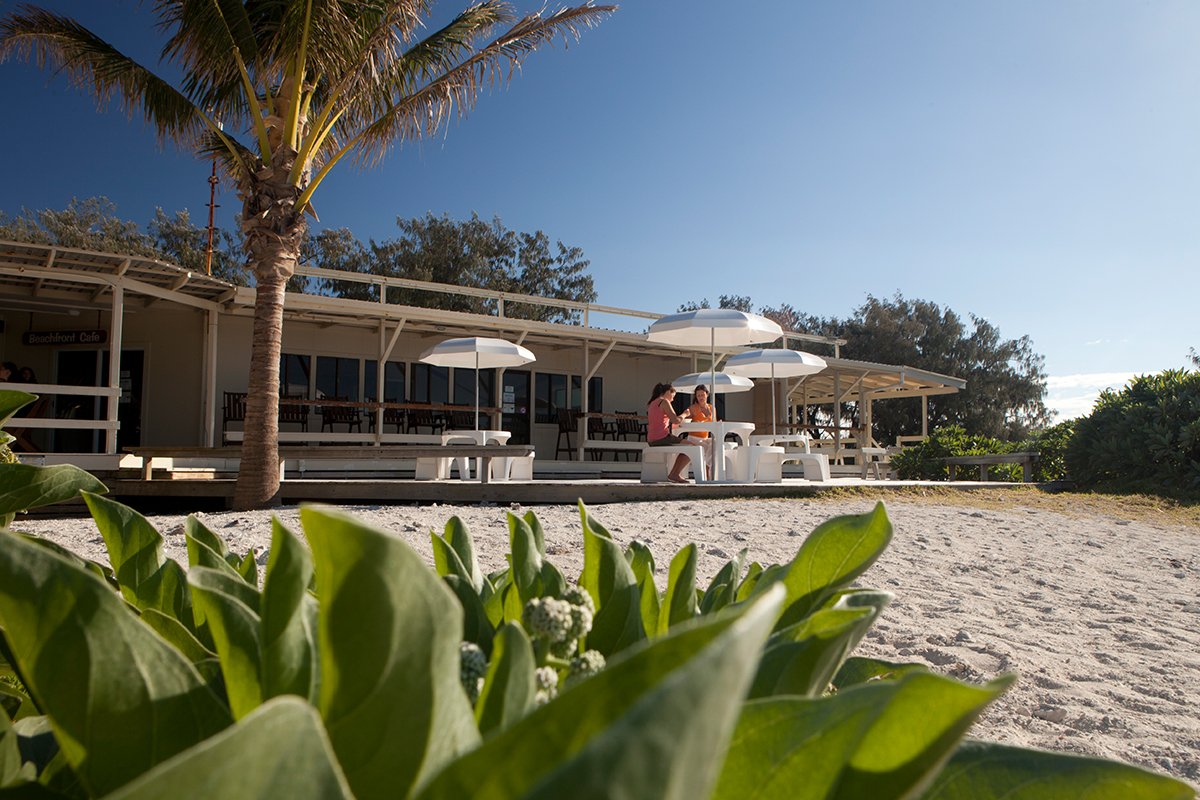 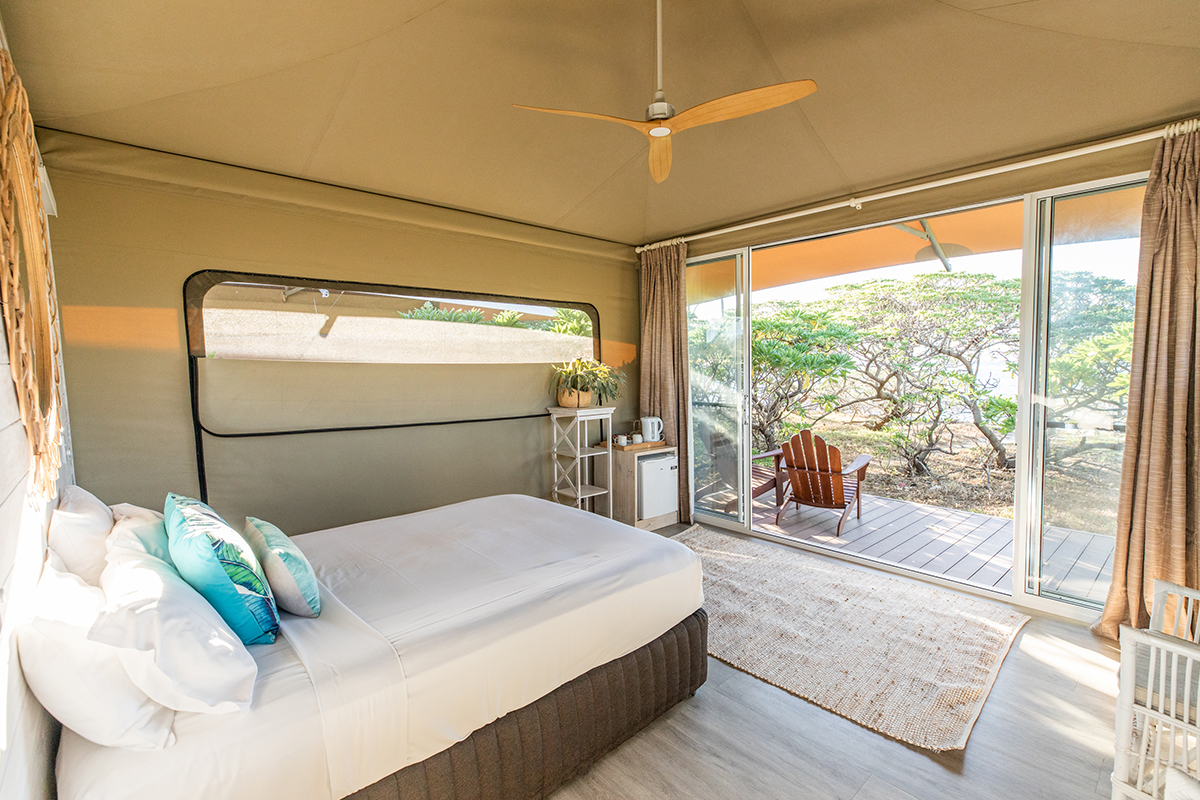 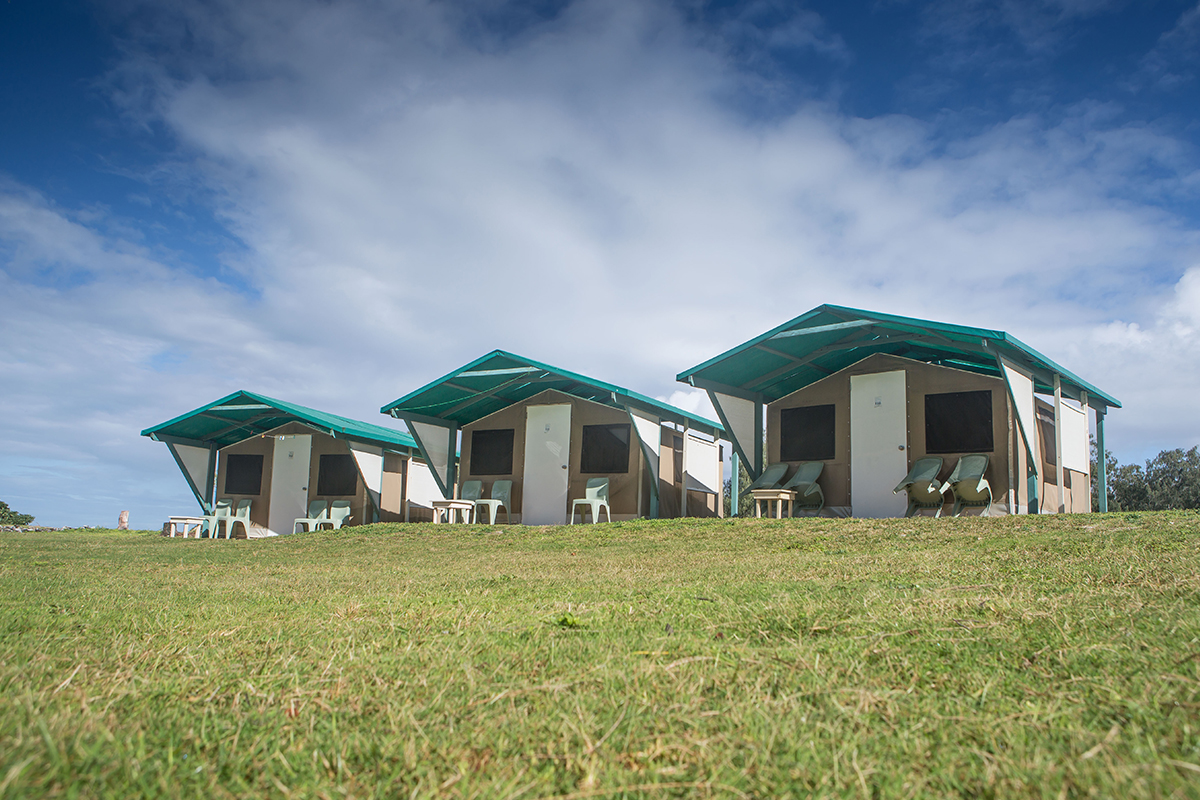 On early-morning drifts, visibility beyond 30 metres reveals sea-dwellers by the thousand, from tight-spiralled schools of trevally to eagle rays and small (and harmless!) sharks. The show barely lets up through the day: our closest and longest of several underwater encounters with green and loggerhead turtles came mid-afternoon.

Spectacular manta rays may sail by. Winter guests can see humpback whales on their migration. In sea, as on land, you never quite get over the sheer profusion.

The dive shop also supplies qualified divers with scuba equipment; areas such as the Blowhole offer underwater caves and even more creatures. And you can see a great deal of life just walking the reef flats at low tide.

Peter Gash attributes the island’s success as an eco resort to the lack of freehold title. With no crushing debt burden, he can avoid cramming the island with people. Occupancy unsurprisingly hovers around 98%; book well ahead.

Fishing for marlin many years ago, Gash experienced a moment of realisation that the planet would not sustain the current scale of human destruction. His team’s achievement has been to work against that destruction, while at the same time letting us see the profusion of which we’ve robbed ourselves.