The sun-splashed, wave-lashed coastline of Laguna Beach is food for the adventurous mind, the healthy body and the ethical soul. California has always been a forward-thinking creator and artistic innovator. And glittering in the golden state’s Orange County basks an alternative destination with some tremendously alluring traits. Despite what its singular name implies, Laguna Beach is a topographically spectacular 11.3-kilometre daisy chain of 30 beaches and intimate coves bookended by Crystal Cove State Park and Dana Point.

Sustainability is no new buzzword for Laguna Beach. Since its late-1800s homestead days when new residents were required to plant a minimum of 16 hectares of trees on their property, through to a plein-air art colony, locals view themselves as environmental stewards for the region’s disarmingly handsome landscapes. 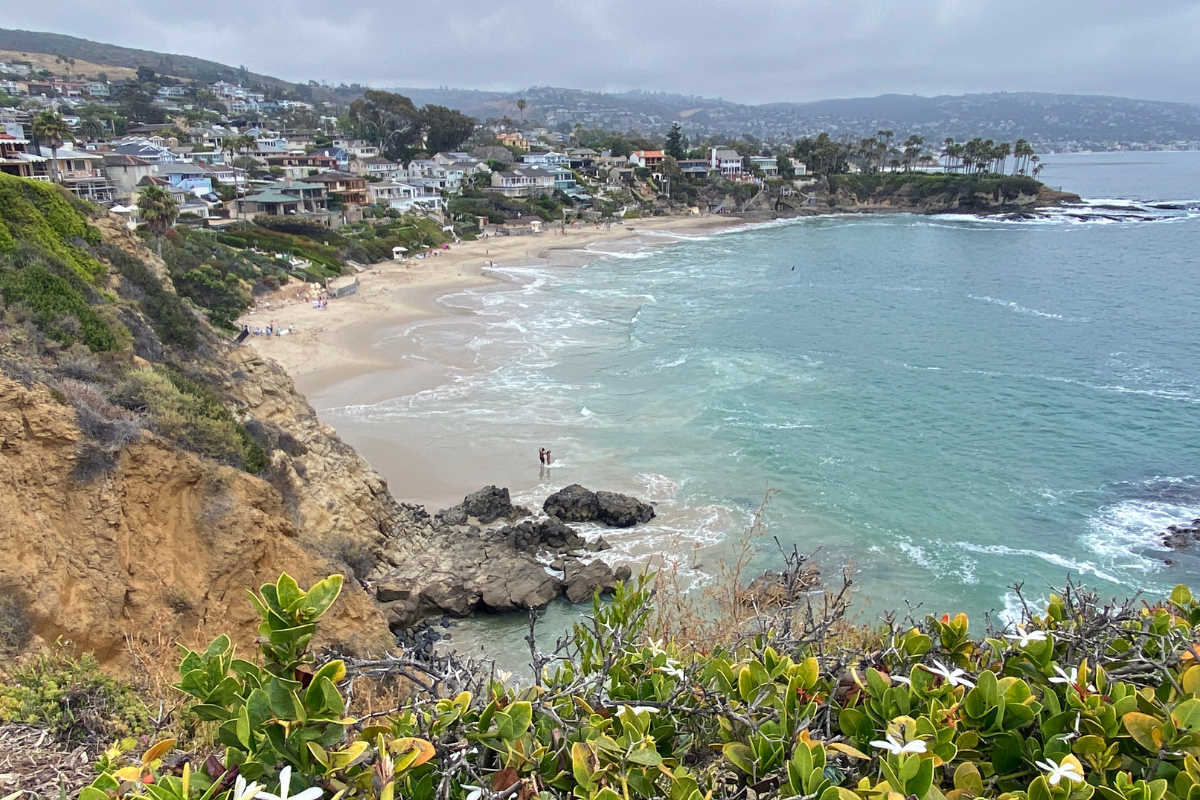 It’s summertime so ephemeral streams will run dry until winter quenches the thirst of mule deer that reside here, alongside mountain lions, bobcats and long-tailed weasels.

On our descent, Behrendsen shares some floral tidbits: “Poppy flowers arrive in March, but appear for just two weeks. Wild artichokes grow here, but they are not tasty. And we have succulents that grow only in Laguna Beach.” I suddenly desire to be a botanist. 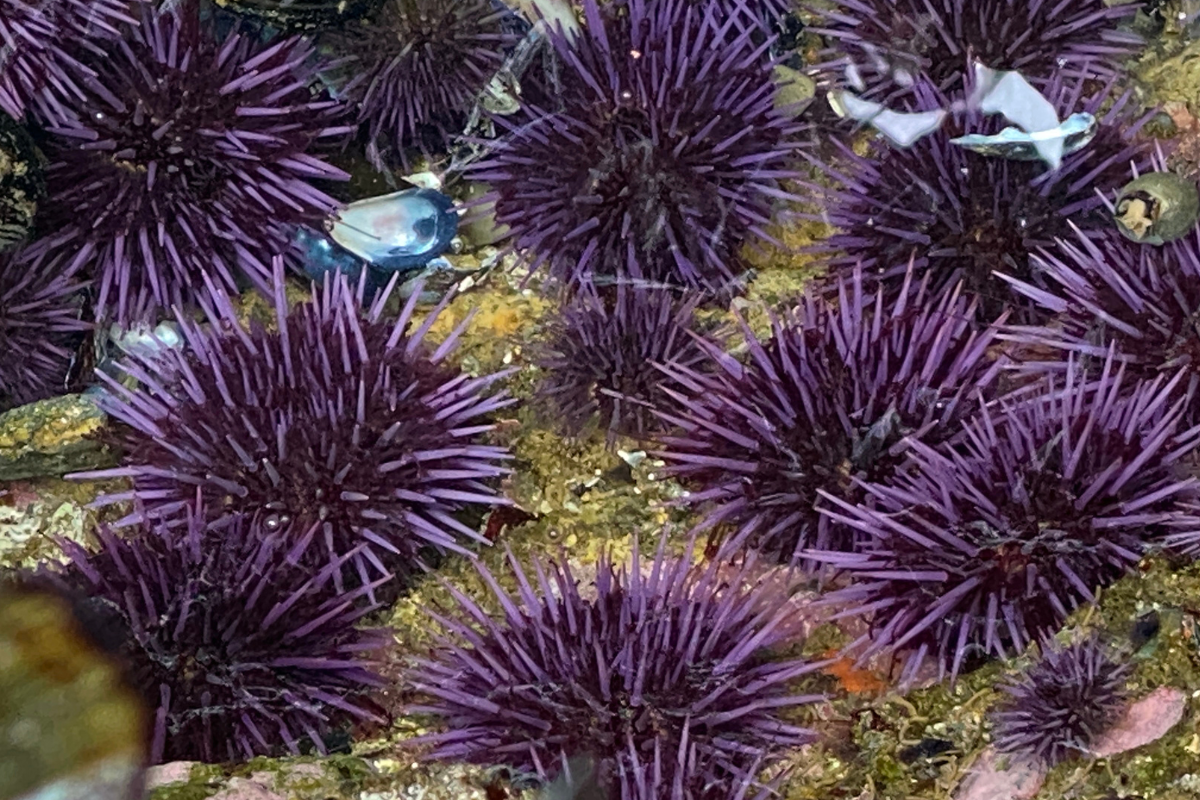 Mussel beds cram at the splash zone. Bivalve molluscs are lower intertidal organisms. We watch an ochre sea star graze on them. When their suckers fatigue, they alternate arms to prize open their feast.

In deeper pools, colourful anemones unfurl like spring flowers. During low tide, they close, mimicking sprinkled doughnuts by coating themselves in shells for sun protection. “Anemone can survive above the water,” Hensman says. “As long as they are wet, they can live forever. But if you make them close, they won’t eat for hours.”

Treading carefully around Twin Points to Shaw’s Cove where kelp bass, lobster and orange garibaldi frequent the swim-throughs, we gaze out to where divers explore mature kelp forests that can grow up to 60 metres tall.

Laguna Ocean Foundation is the sponsor for Kelp Fest, an annual festival dedicated to education and sustainable approaches to enjoying the coastline’s delicate ecosystem.

With a shared environmental ethos, I head to the Pacific Marine Mammal Center. This not-for-profit sanctuary has been rescuing and rehabilitating sick and injured sea lions and seals for half a century.

Currently in their care are elephant seal pups that arrived injured and malnourished. Seeing the pinniped patients recovering in pools and yards is tough viewing. However, learning about the ICU and observing the team prepare IV fluids, medicines and fish formula meals for those rehabilitating is inspirational. Once healed, the creatures will be tagged and released back to their oceanic home. 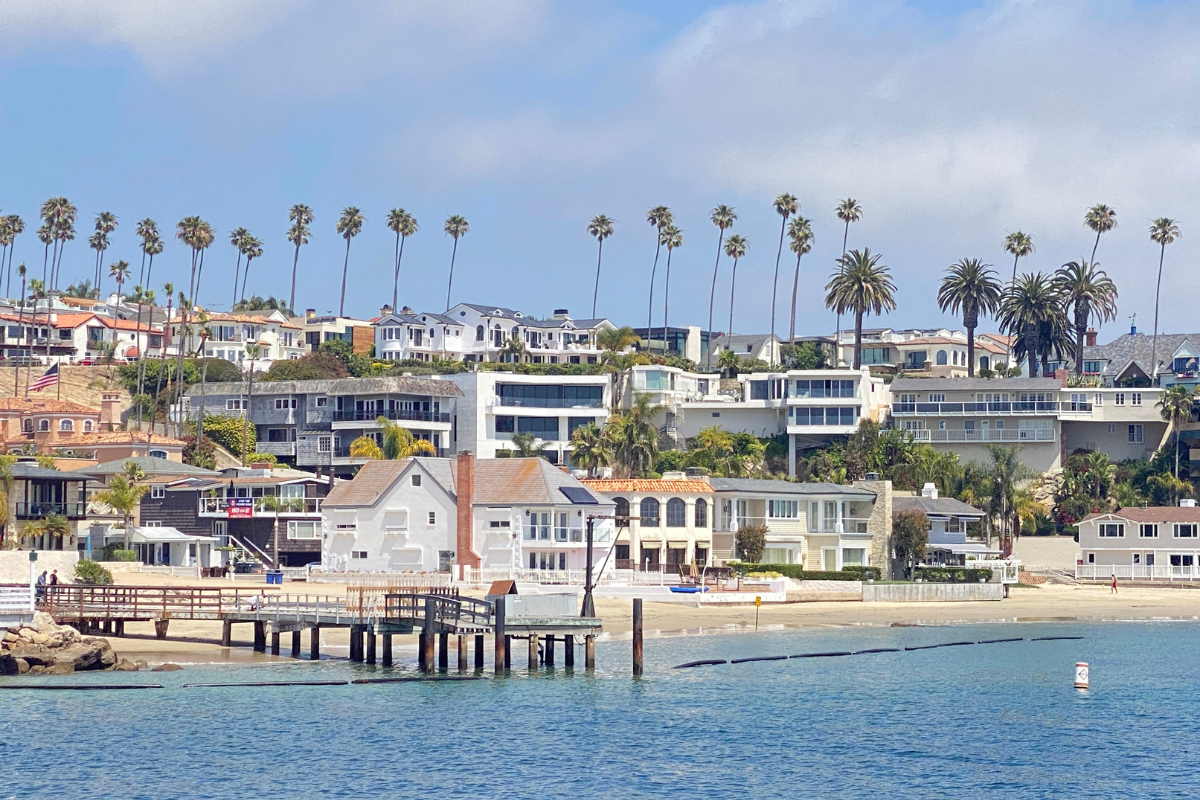 Drawn to the ocean myself, I board the 15-metre Catallac yacht for a luxury whale-watching cruise with Newport Landing. A portion of ticket sales goes towards the Crystal Cove Conservancy, which protects the state park and Marine Conservation Area.

After a tequila sunrise served on the exclusive upper deck, we cruise alongside penthouse-lined Balboa Peninsula. Reaching the open ocean, Harrison Hewitt, our naturalist skipper, animatedly points to the whitecaps. To our ecstasy, a megapod of at least 150 common dolphins joins us. Bow-riding the waves, these acrobats of the sea are so close, we clearly identify their hourglass-patterned two-tone bodies.

Drifting between the Newport and Laguna coastline, Hewitt makes a thrilling announcement when a mola mola (ocean sunfish) surfaces, sunbathing on its side. Taller than its length, this is one of the world’s heaviest bony fish, weighing up to 2,300 kilograms. Swapping a tail for dorsal and ventral fins, it’s one of the most peculiar critters of the ocean.

Within minutes, our day is made when the vessel tilts. Right before us breaches a 24-metre fin whale, just as a California brown pelican soars by. Requiring approximately three tonnes of fish and krill per day, they are in the right restaurant in this protected sanctuary. Hand in hand with such healthy environmental consciousness is Laguna Beach’s renowned wellbeing culture. On a new dawn I stretch out, perched on a precipitous bluff below the prestigious Montage Hotel, with yogi Carl Brown.

Brown’s 90-minute vinyasa-style power yoga session is, quite literally, breath-stealing, incorporating challenging sequences of invigorating asanas that up the heart rate. Through brief downward dog postures, I watch well-heeled owners being led by designer dogs, while the calming meditation has me tracking lofty palms brush-stroking the sky. 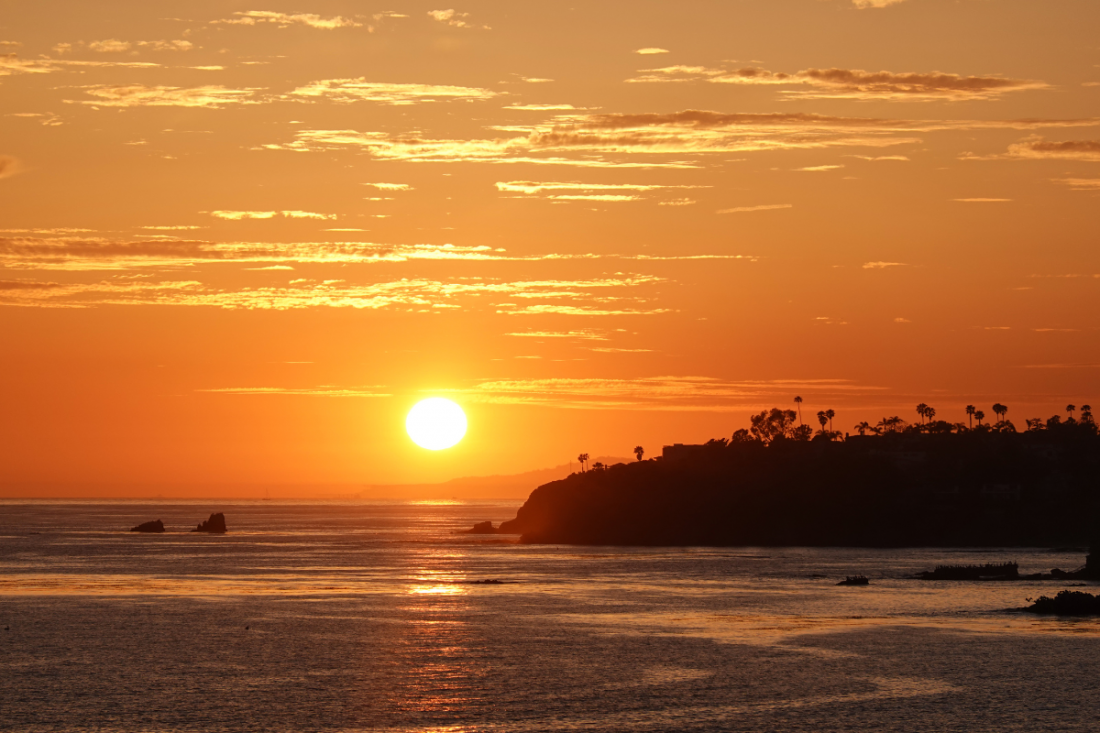 At the Ranch at Laguna Beach, I meet Farmer Leo. The plastic-free property’s Harvest Garden blooms with organic vegetables, herbs and edible flowers, which all end up on the restaurant’s plates.

“I grow everything from seed – mainly more delicate produce that doesn’t ship well, like borage flowers and baby arugula,” he explains. The beds are fed by nutrient-dense compost made from uncooked kitchen scraps covered with straw that’s watered and turned for four months. “On tours, I tell people to touch, taste and smell my produce,” he adds, caressing his rainbow chard.

It’s only natural that I should then dine at the ranch’s timber-dressed Harvest Restaurant to taste some of the delicacies I’ve just witnessed growing. Overlooking Aliso Canyon, my succulent celebration arrives.

I’m left speechless as I mindfully masticate a line-caught California wild king salmon cooked by the executive chef. Kyle St John has intricately infused and garlanded the dish into a culinary masterpiece. So artful are the organic accompaniments, it’s as if an artist has prepared the garden-to-plate baby heirloom tomatoes, carrots, broccolini, radishes, and green herbs and blue flowers, as a palette for the palate. But of course – Laguna Beach evolved as an artists’ enclave. It’s in its very DNA to paint such a perfect picture.

Laguna Beach boasts the most beachfront accommodations of California’s cities.

Intimate and boutique, The Inn at Laguna Beach boasts a cliffside patio and terrace perfect for weddings, with romantic balconied suites overlooking the coastline.

For more information, go to visitlagunabeach.com.

Read next: A look at Slovenia’s spectacular natural wonders

Marie Barbieri is a multi-award-winning travel writer and photographer and a member of the Australian Society of Travel Writers. She has been hemisphere-hopping for more…