Your guide to Matera, Italy: the new home of James Bond

The third-oldest city in the world, Matera is an intriguing combination of ancient caves, contrasts and culture. 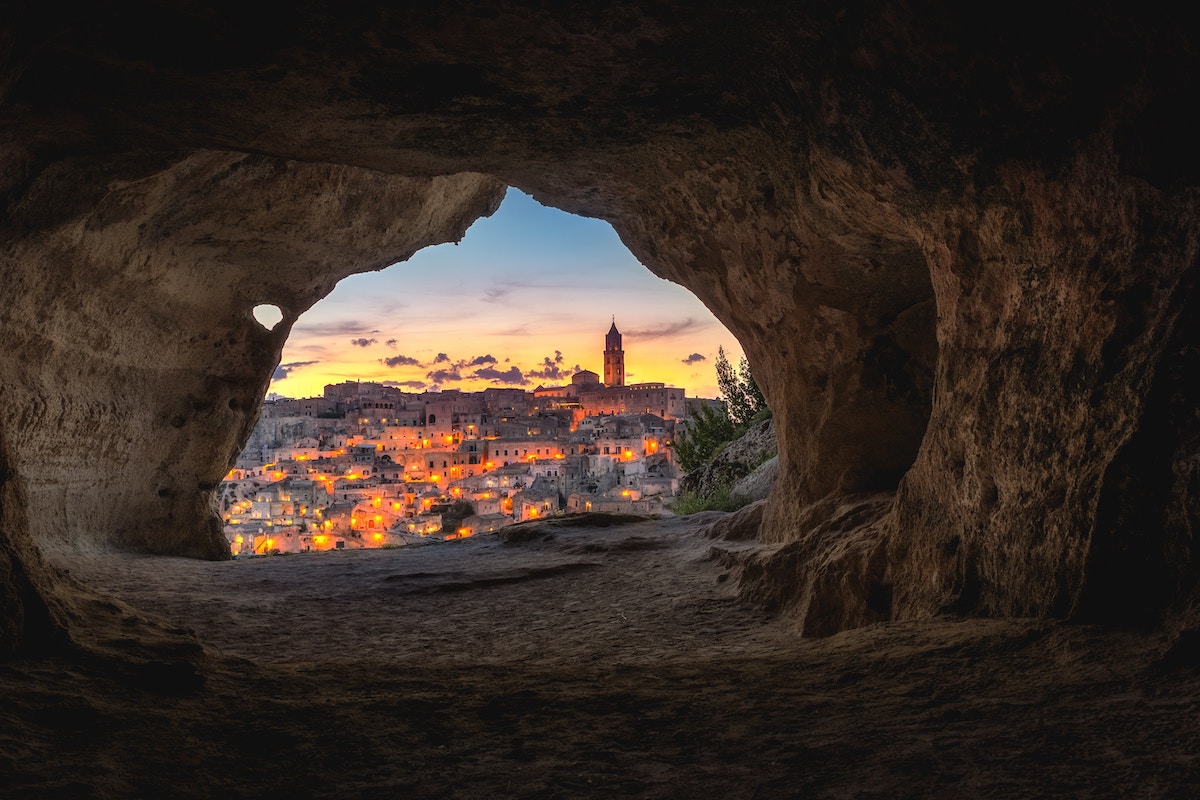 Undoubtedly the most famous spy film series ever made, James Bond movies have taken viewers to all corners of the globe.

Set to release in November 2020, its 25th instalment, No Time To Die was filmed in the ancient city of Matera in the southern Italian region of Basilicata.

Over the years, Bond movies have been filmed in a handful of charming Italian locations including Rome, Siena, Venice, Lake Como and Sardinia.

Brimming with Baroque limestone churches, stone spiral staircases and a labyrinth of narrow alleyways, there’s even more to this historic city than meets the eye.

The third-oldest city in the world, Matera’s tourist numbers are sure to surge once the film is released this April, so you better get in quick. 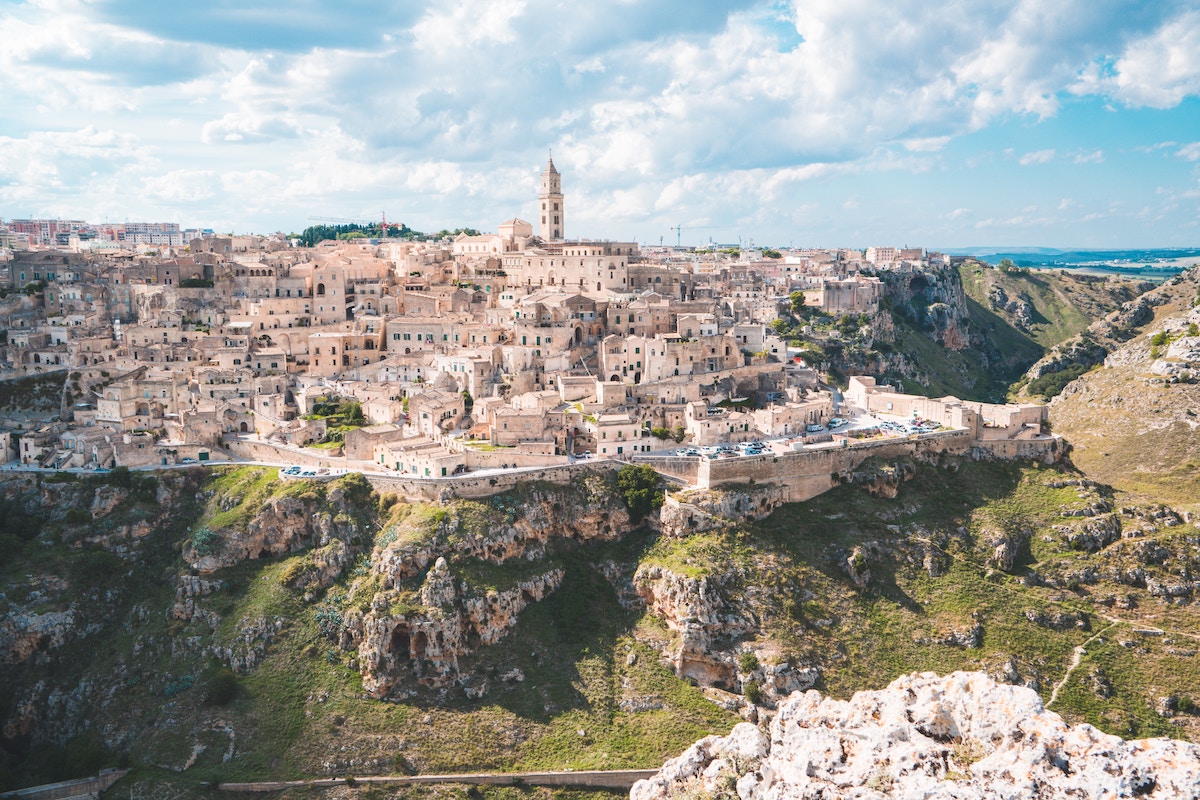 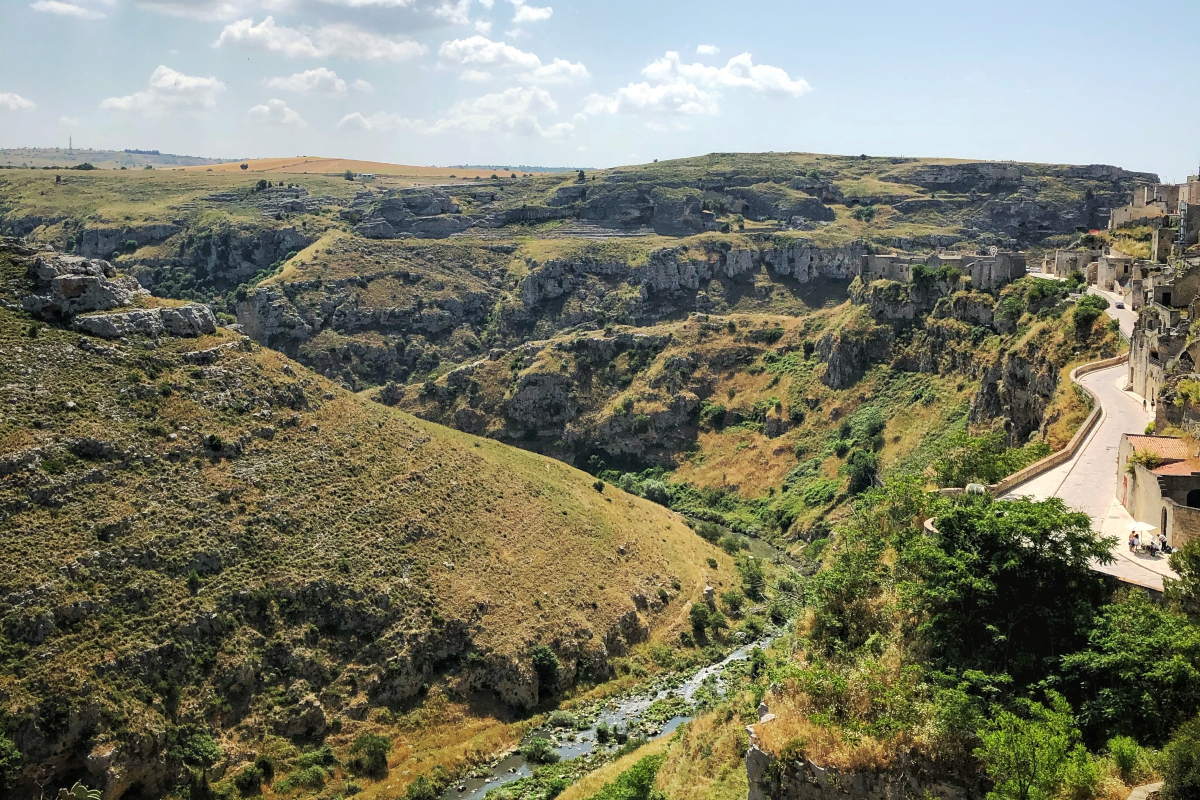 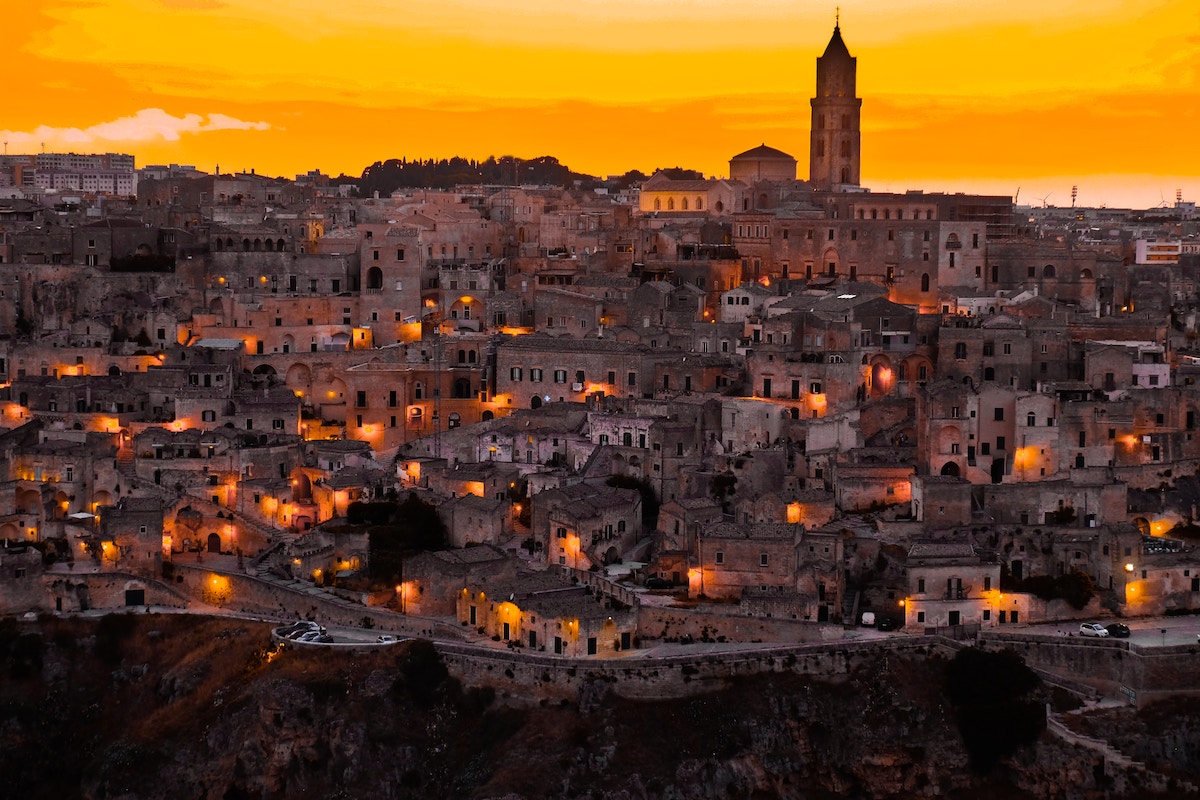 History: from ruins to riches

Matera is one of the oldest continuously inhabited settlements in history, dating back to the Palaeolithic era. On the steep ravine that borders the city, you can see the simple forms of the Neolithic caves where people lived 7,000 years ago.

Until the 1950s, the troglodyte town was considered ‘the shame of Italy’ because of the extreme poverty, widespread disease and high rates of infant mortality in its ancient Sassi (meaning ‘stones’ in Italian) districts.

Carlo Levi’s book, Christ Stopped at Eboli, raised awareness of these terrible living conditions and about half of the 30,000 population were moved to new homes in the modern part of the city between 1953 and 1968.

Then in 1993, the Sassi and the Park of the Rupestrian Churches of Matera became a UNESCO World Heritage Site, giving the region’s tourism a much-needed boost.

Matera made its big-screen debut in 2004, starring as Jerusalem in Mel Gibson’s controversial The Passion of the Christ, and in 2019 it was dubbed the European Capital of Culture alongside Plovdiv, Bulgaria.

Throughout the year, the city’s restaurants showcased Basilicatan specialities and its artistic venues hosted dozens of exhibitions, concerts, workshops, outdoor performances and guided walks to entertain the influx of tourists. 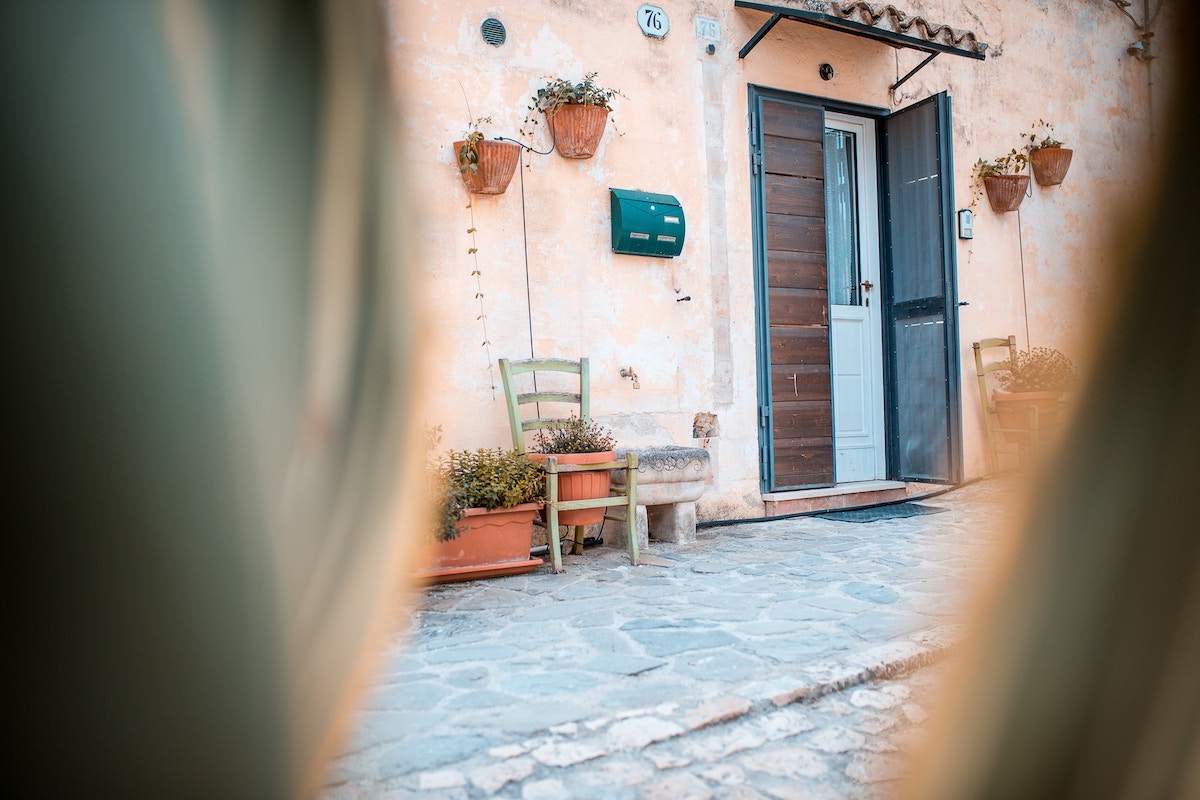 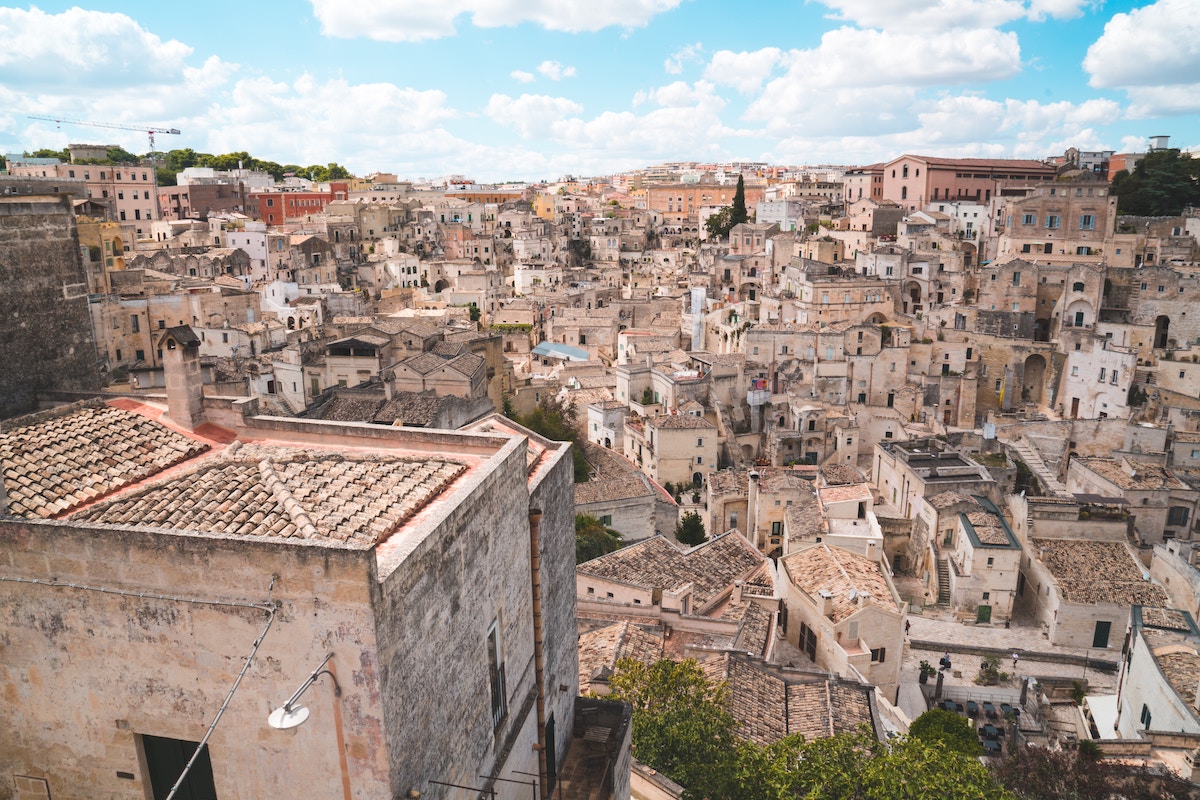 In Matera’s two UNESCO-protected Sassi districts – Sasso Caveoso and Sasso Barisano – houses, churches and buildings are stacked on top of one another, utilising the natural caves that have been excavated and extended throughout the ages.

If you want to see how people lived in the 18th century, take a trip to La Casa Grotta di Vico Solitario, one of the city’s oldest houses.

The tiny cave used to house a family of seven, plus farm animals, without electricity or running water until the late 1950s.

You can spend an afternoon at MUSMA, the Museum of Contemporary Sculpture of Matera, or visit Palombaro Lungo, the largest underground water cistern in town, built in 1864.

Follow the winding alleyways to the top of the Civitas hill and you’ll find the beautiful 13th-century churches, Santa Maria de Idris and the Convicinio di Sant’Antonio, which boast spectacular views over the city.

Like all Italian destinations, Matera excels when it comes to cuisine. Chefs use fresh seasonal vegetables and produce to create traditional dishes such as orecchiette pasta with chicory and fava bean puree, flavourful Matera bread, and cavatelli pasta with caciocavallo cheese.

One of the city’s most innovative restaurants, Vitantonio Lombardo offers degustation menus ranging from 5–12 courses, showcasing the finest in high-end Italian cuisine. 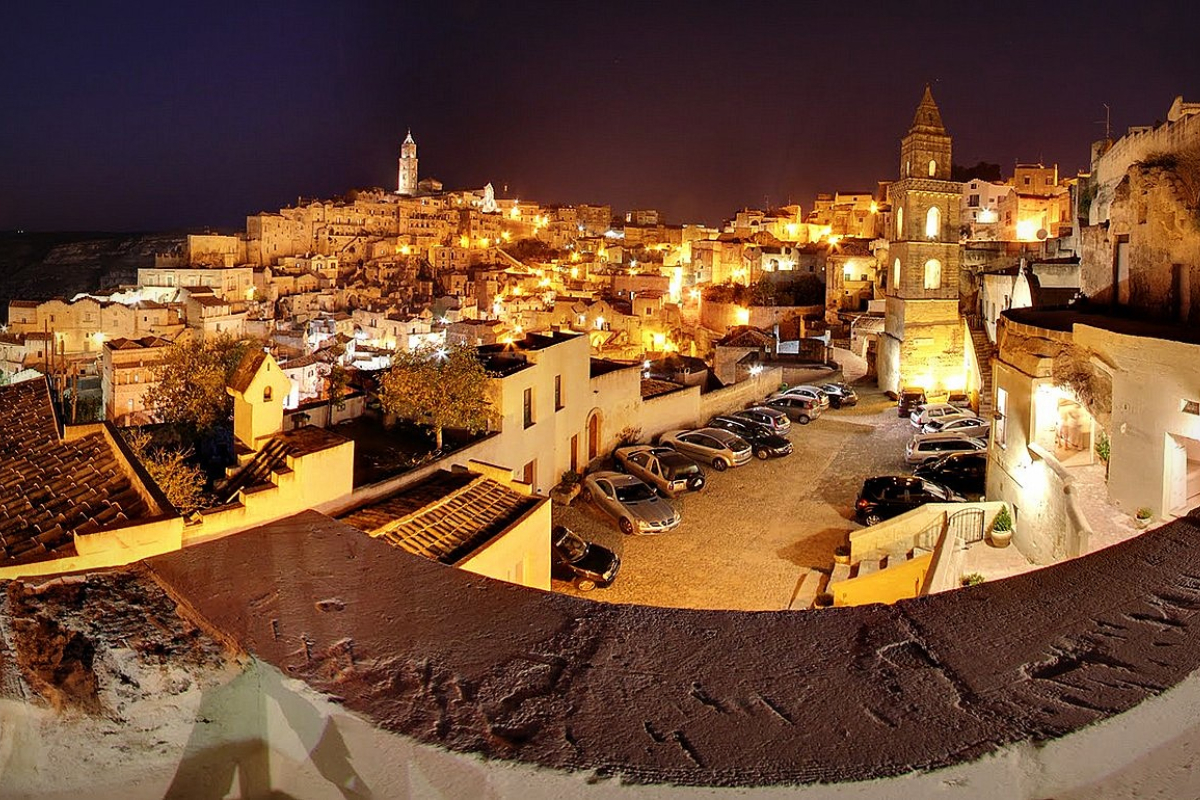 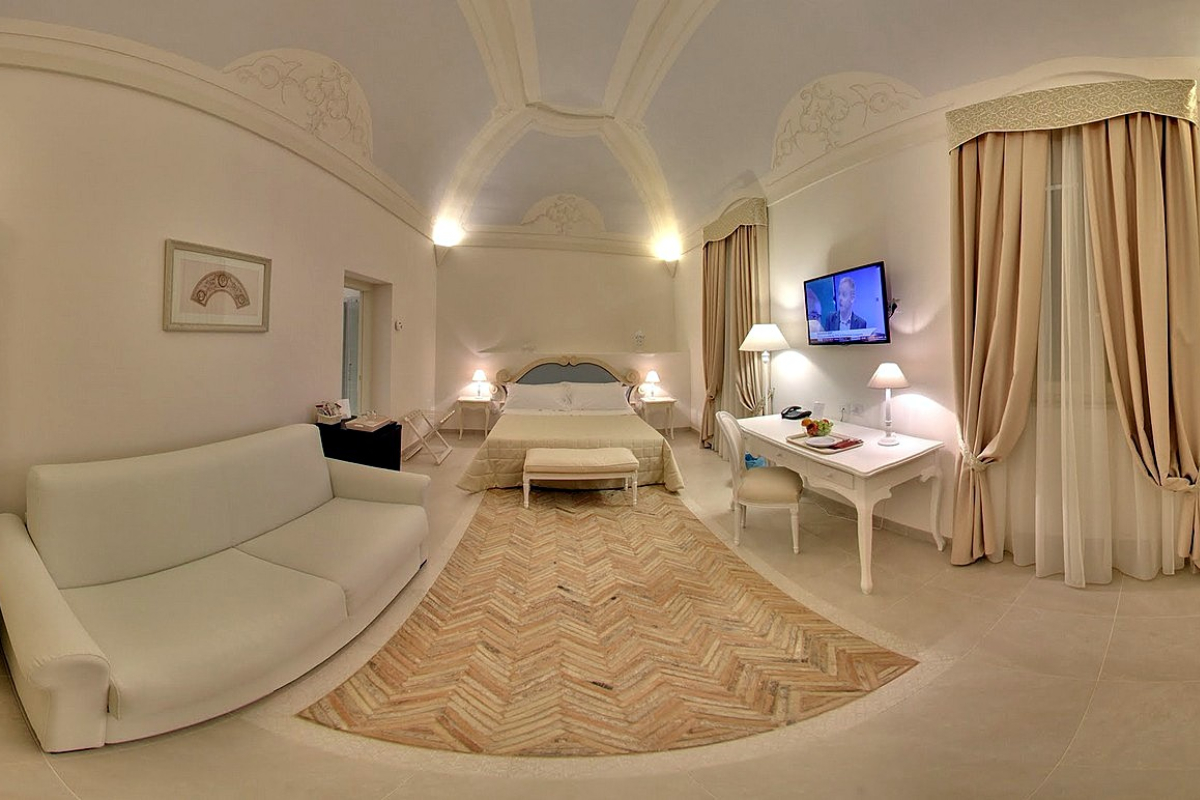 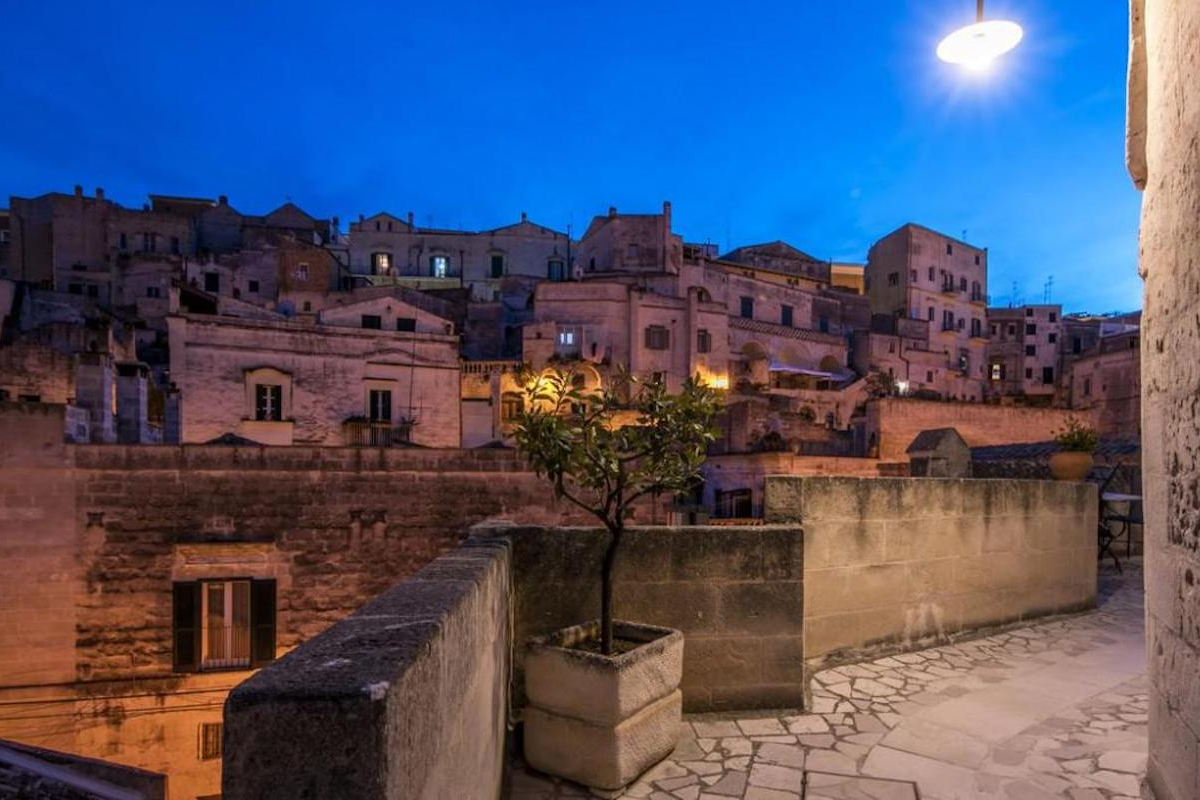 For an authentic and romantic stay in Matera, you can’t miss the opportunity to sleep inside the caves. In the heart of the Sassi, Locanda di San Martino offers suites equipped with a private bathroom, air conditioning, TV, wi-fi and a luxurious jacuzzi bathtub.

The real drawcard, however, lies beneath the hotel. Carved out of limestone rock thousands of years ago, the Ancient Termae Romanae thermal baths are treated as a ritual site to wash away impurities and leave you feeling cleansed and refreshed.

Dating back to 1756, Palazzo degli Abati is an ancient dwelling of the Chapter of the contiguous rock church of San Pietro Barisano, the largest in the city. The heirs of the last abbot, who lived there until 1867, have restored and maintained the ancient structure with modern comforts and services.

You can choose a cosy suite inside the cave or in the palace, which still has the 18th-century vault, exposed rock and smooth terracotta floor. All rooms have access to the romantic rooftop terrace, which offers panoramic views of the Sassi and the massive Murgia plateau.