Several of the world’s leading hospitality groups are set to open premium properties in Moscow to stake a claim in the booming city. 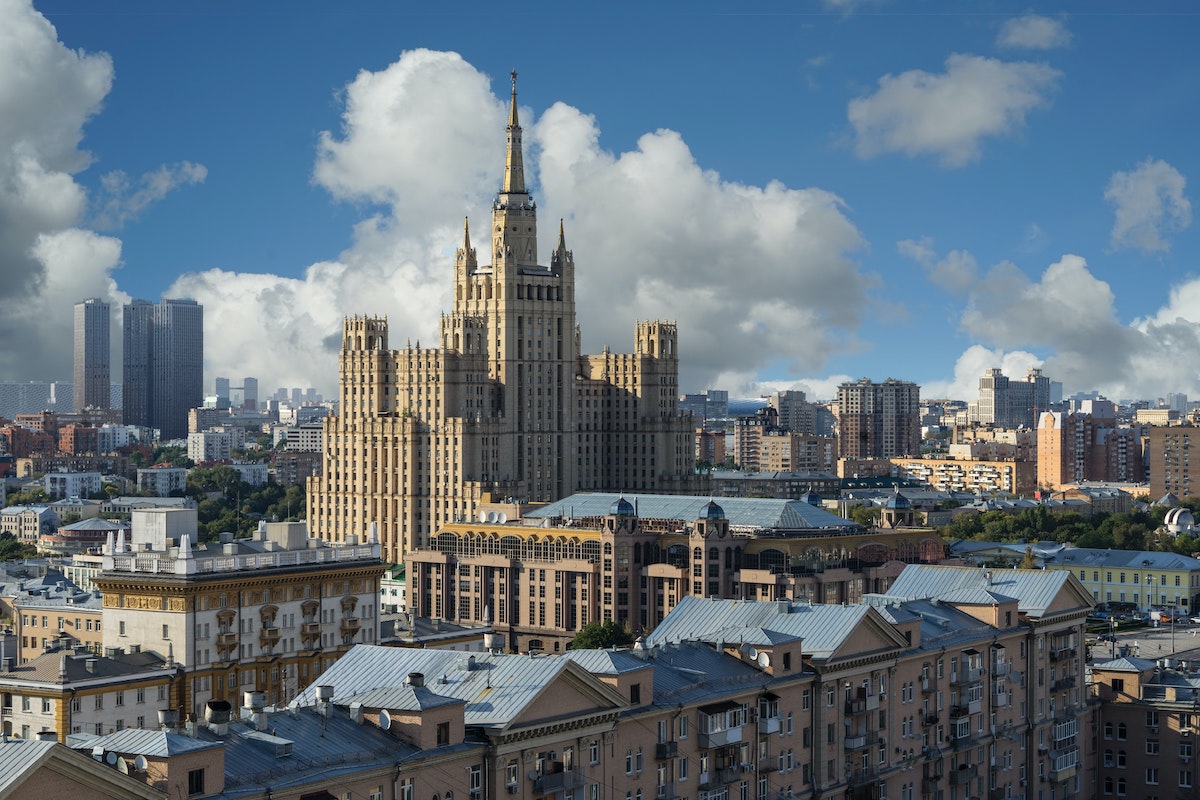 Russia’s capital is a dynamic metropolitan of history, business and luxury. Home to the mighty Red Square – which includes the Kremlin and Lenin’s Mausoleum – Saint Basil’s Cathedral and Bolshoi Theatre, Moscow is the country’s largest city and a significant economic and cultural hub, which drives the region’s hotel demand.

Moscow’s allure and popularity has prompted several of the world’s leading hospitality groups, including Accor, Corinthia Hotels, IHG, Bulgari Hotels, and Radisson Blu to invest in the thriving capital. 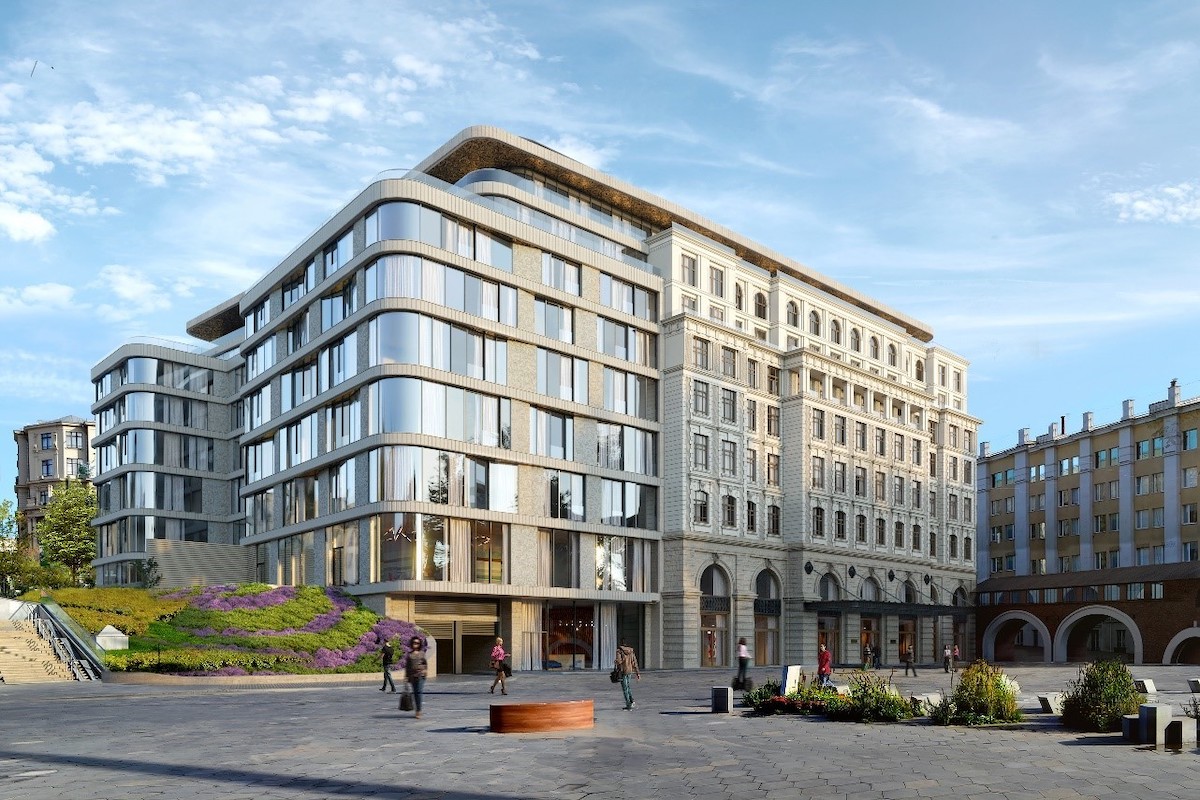 Kievskaya Ploshchad Group of Companies and Accor have recently announced plans for Russia’s first Raffles property in the heart of Moscow.

The flagship hotel, situated next to the Kremlin, is expected to open in the second half of 2022. The property’s views will feature the Kremlin ensemble, including Saint Basil’s Cathedral and Moscow’s historic district sights.

All Raffles Moscow guestrooms boast views over the city, including four rooms with exclusive access to the hotel courtyard’s green outdoor terrace.

“Kievskaya Ploshchad is proud to present a multifaceted hotel and residential complex in historical Varvarka Street – a new destination icon of hospitality,” God Nisanov, CEO of Kievskaya Ploshchad Group of Companies, said in a statement.

“We are very excited to move the project forward with our partners and firmly believe this iconic address will significantly increase the international attractiveness of Moscow in the tourism industry.”

Sébastien Bazin, Chair and CEO of Accor, adds that launching the iconic Raffles brand in Russia is an extraordinary moment for the business. “The hotel’s unique location and legendary Raffles service will make it one of the most exciting openings of 2022 for Accor.”

Additionally, the property will feature five restaurants, including three with signature chefs, and a Ladurée bakery run by the famous Russian restaurateur Alexander Rappoport. Complementing the restaurants will be the Raffles Long Bar, which dates back to the first Raffles hotel in Singapore, home to the famous Singapore Sling cocktail.

One of Raffles Moscow’s main features will be a spacious event centre, featuring a 730-square-metre grand ballroom, four meeting rooms between 47 and 83 square metres, and an outdoor event area. 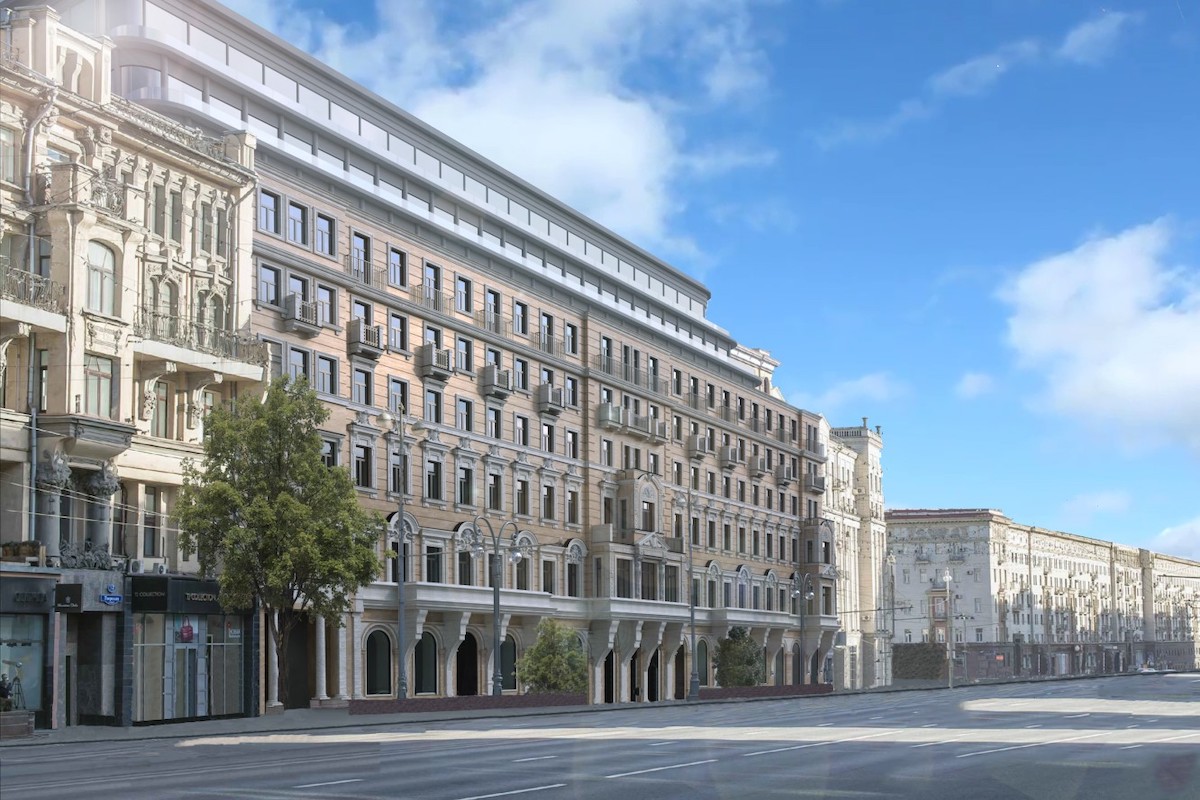 IHI is set to acquire a minority share in a landmark property at 10 Tverskaya, Moscow’s principal avenue leading onto the Red Square. Corinthia is aiming to open its Moscow hotel in 2024.

The group currently has permits in hand to allow for up to 43,000 square metres of development behind the retained frontage. “Our Moscow project will consolidate our brand’s positioning at the top end of the Russian luxury hotel market,” Corinthia CEO Simon Naudi said. 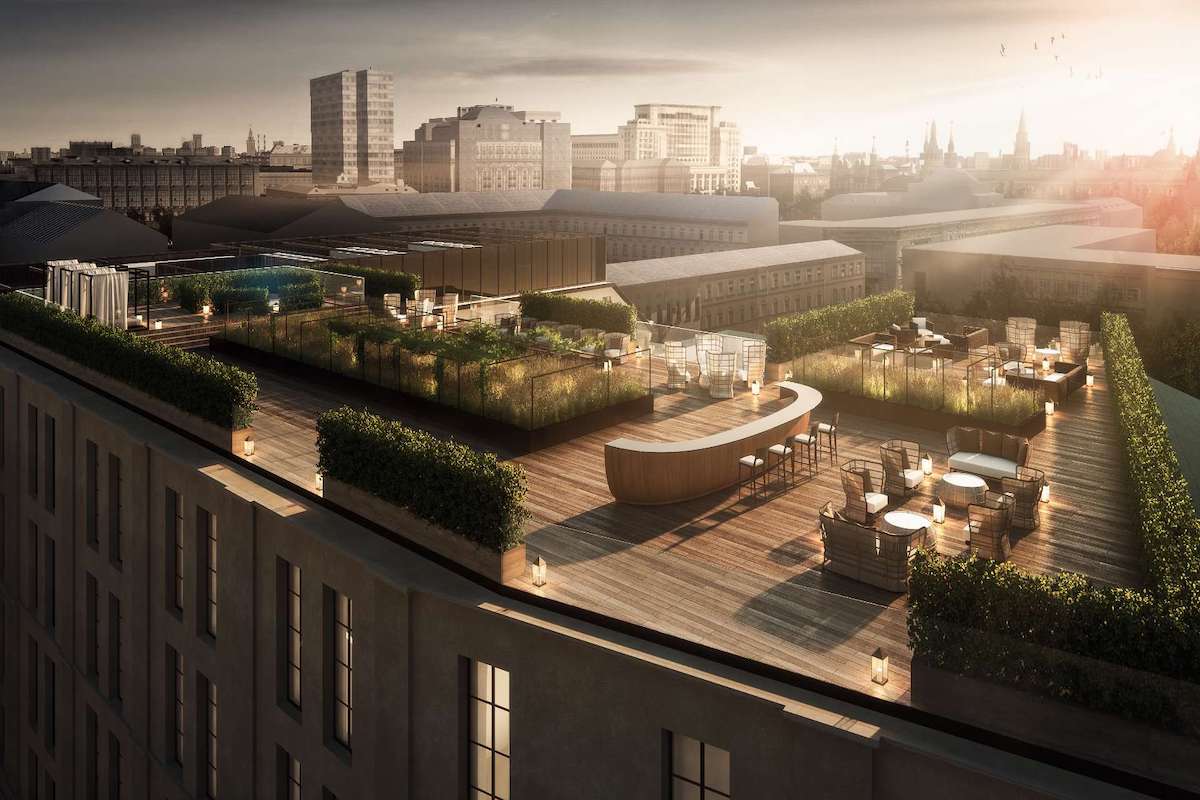 Slated as the world’s seventh Bulgari Hotel, the new Moscow property will preside over one of the city’s most prestigious areas, just 300 metres from the Kremlin and Red Square in Moscow’s historic district, and is scheduled to open in 2022. 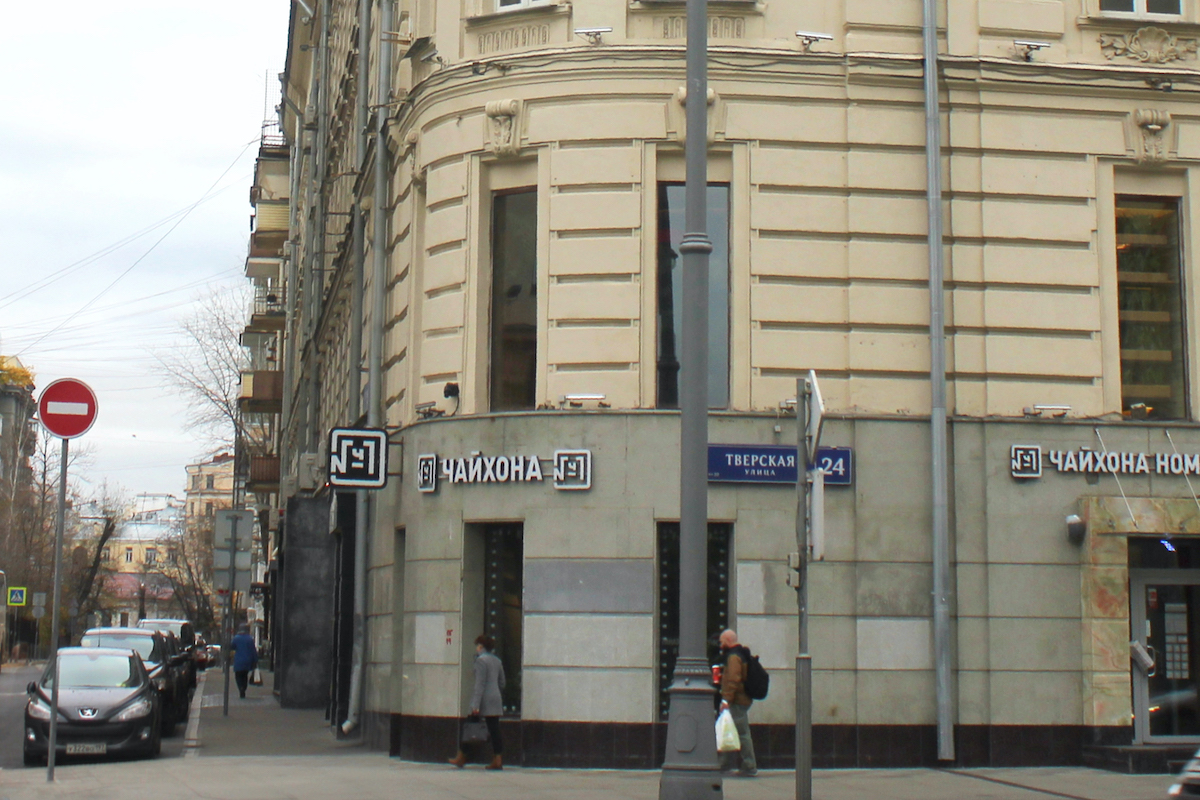 IHG has signed a management agreement with current partner, JSC “Tverskaya 24”, to open Hotel Indigo Moscow – Tverskaya by the end of 2020.

“There is a lot of potential for brands in this market, and we have the perfect portfolio to meet the demand for mainstream and upscale hotels.

“With five signings in the past month, I’m happy with the progress we’re making with our growth strategy across the entire Russia, CIS & Georgia region.” 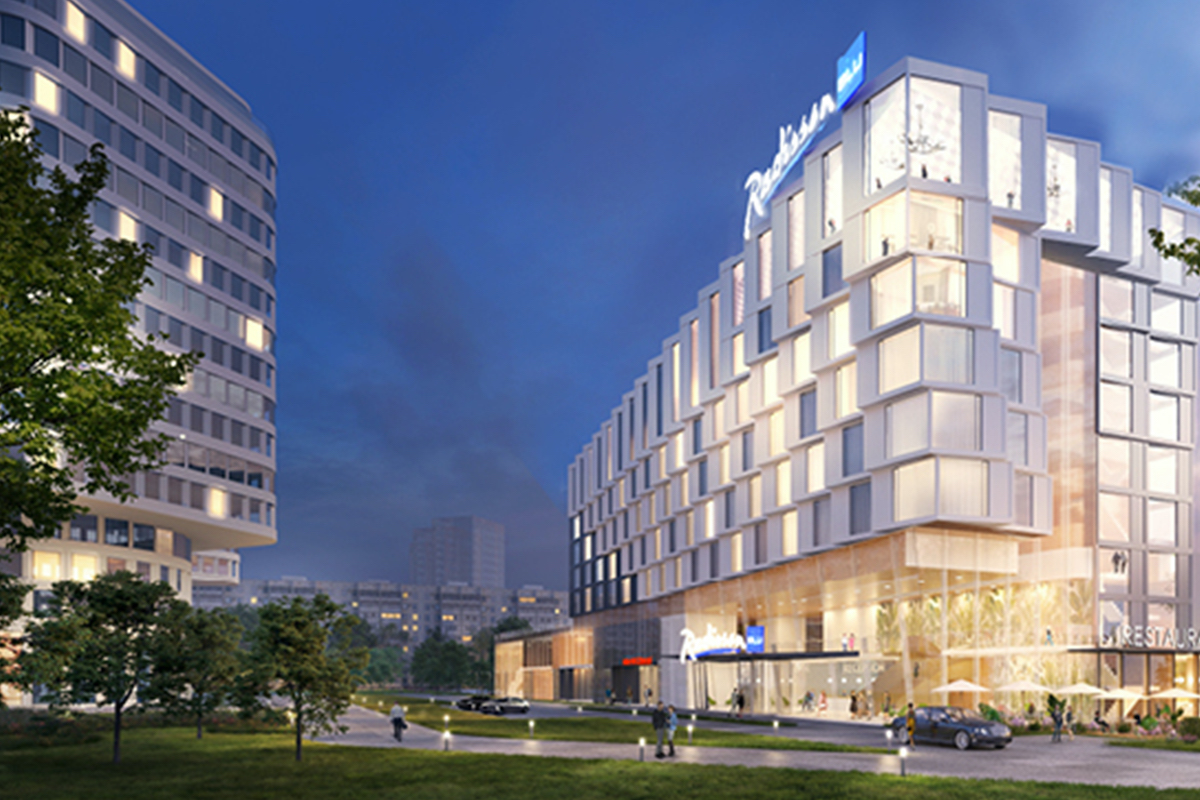 The Radisson Blu Leninsky Prospect Hotel, Moscow – managed by Radisson Hospitality – will be an integral part of a mixed-use office and hotel complex that’s set to open in 2021.

The 150-room property will offer high-end meeting facilities, plus a fitness and wellness centre. Visitors can also enjoy the hotel’s two restaurants and lobby bar.

“This strategic project will further strengthen our leading position in Russia as well as Radisson Blu’s position as the largest upper upscale hotel brand in Europe,” said Elie Younes, Executive Vice President and Chief Development Officer of Radisson Hotel Group. “We’re thankful and grateful to our partners for the trust in our brand and people.” 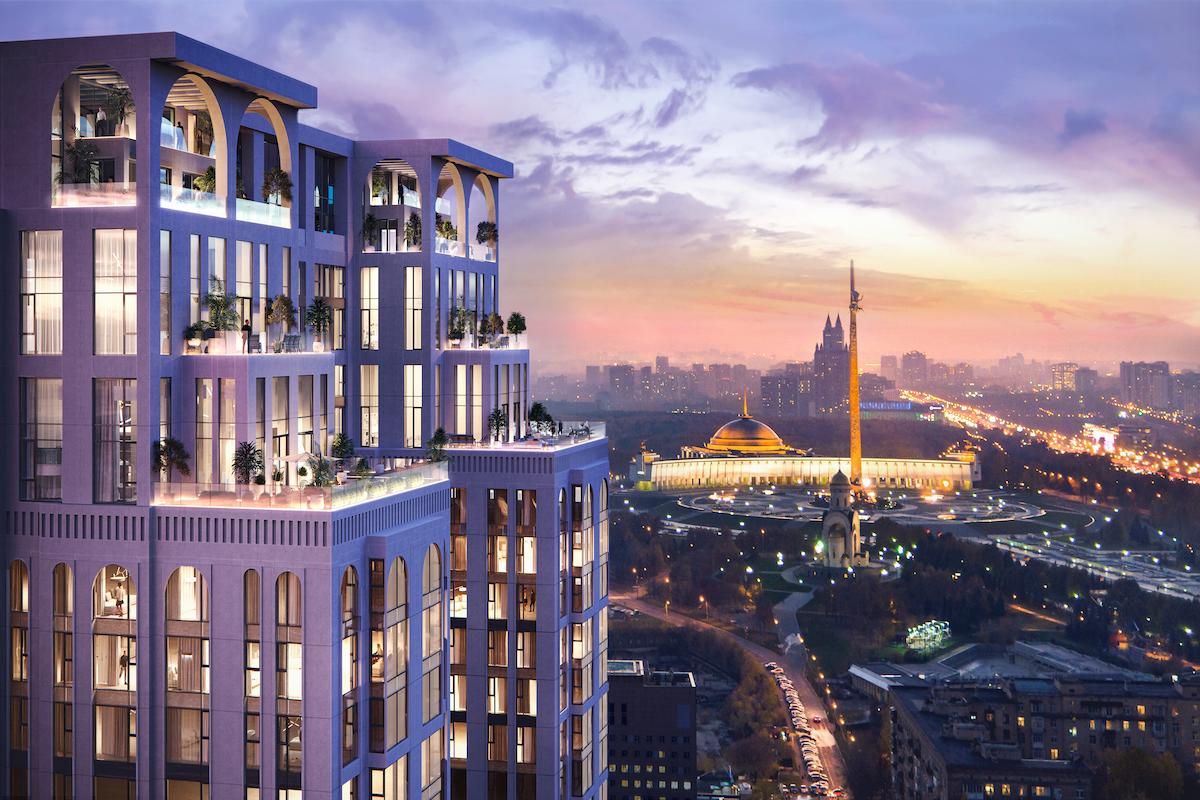 ANT Development, Real Estate Investment Company and Accor have recently announced the upcoming opening of a luxury lifestyle hotel under the SO/ Hotels & Resorts brand in Moscow’s premium class complex ‘Poklonnaya 9’. The hotel will open its doors in 2023 and become the first property for the SO/ brand in Moscow.

The new apartment complex and a designer hotel will feature a variety of offerings including a restaurant, bars, lounge areas, and coworking spaces. Other highlights include recreational and wellness facilities such as a fitness centre with panoramic pool, yoga, functional training rooms, and a spa. Apart from hotel guests, hotel services will also be available for residents of the ‘Poklonnaya’ apartments.

“I am very pleased that our luxurious and fashionable SO/ brand is coming to Moscow and especially in such an iconic place as Kutuzovsky Prospect and Poklonnaya Gora,” Accor Russia, Georgia, Ukraine and CIS COO Alexis Delaroff said in a statement.

“This luxury brand, which is known for its avant-garde design, high fashion influences and trend-setting events, will add a French-infused charm and high-class ambience to the Moscow location. It will undoubtedly become a place of attraction for guests and locals alike.”