When the world’s most prestigious watchmakers team up with a good cause, the result is a multimillion-dollar miracle. 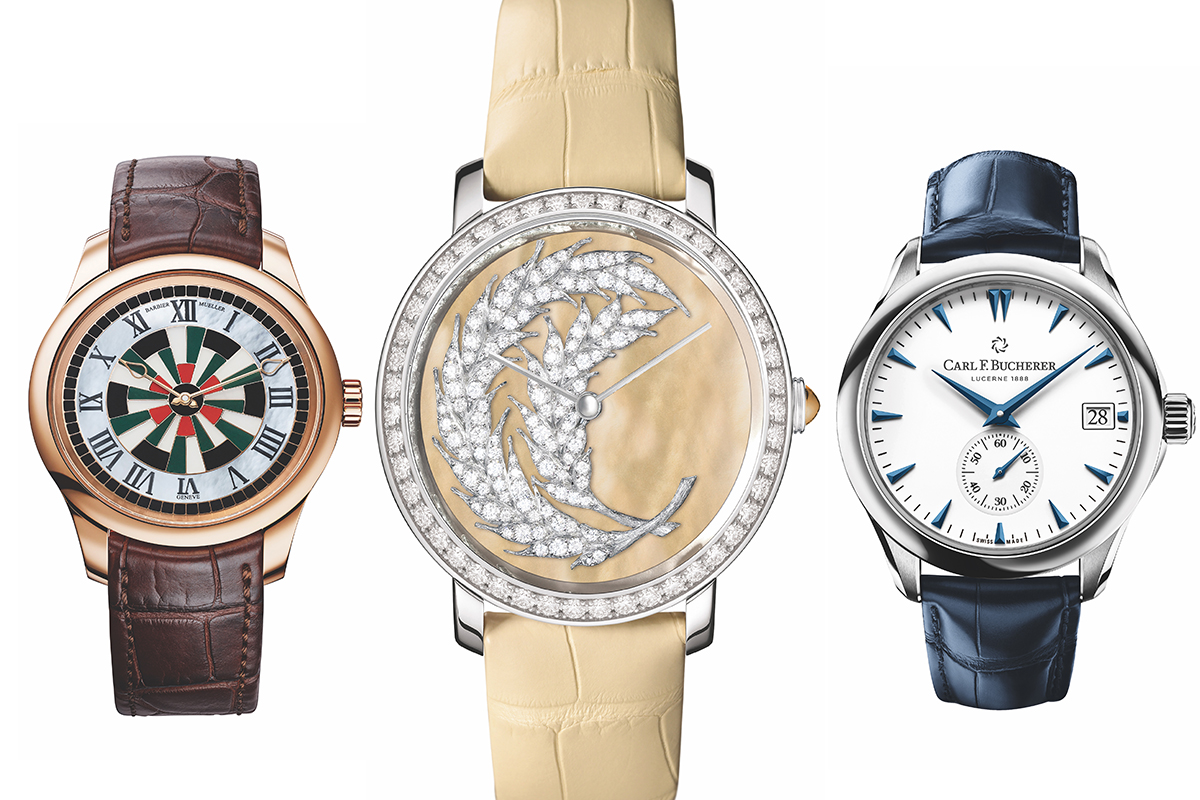 This biennial international charity event is surely beyond compare. Although when you consider its extraordinary feats of meticulous engineering, its generous amounts of artistic vision, not to mention the painstaking patience needed to produce such detailed precision, if ever there was an industry that could make the stars align and the heavens shine with such benevolent brightness, it would be the watchmakers.

The event, Only Watch, is the brainchild of former Monaco Yacht Show CEO Luc Pettavino, and is a charity auction held every two years to raise research funds for the Monaco Association against Duchenne Muscular Dystrophy.

Since 2005, it has contributed more than $37 million to the cause. That’s largely because Luc has managed to pull off a minor miracle: the biggest names in watchmaking, including juggernauts Patek Philippe, Hublot, Boucheron and Girard-Perregaux, create one-off luxury timepieces to be auctioned at the event, usually with an associated one-off experience for the winning bidder, such as Hublot offering a meeting with brand ambassador Usain Bolt, or Louis Vuitton hosting an intimate lunch at the family home.

Starting in Monaco during the Yacht Show on 27 September, all 49 of the unique lustworthy timepieces will tour the world to tempt investors and collectors. The showcase will then visit Bangkok, Singapore, Dubai, Hong Kong, Taipei, New York and Los Angeles before ending in Geneva on 11 November with the auction by Christie’s at the Four Seasons Hotel des Bergues at 2.30pm.

For the first time ever, Carl F. Bucherer has added a royal blue peripheral rotor and an 18-carat white gold case for this exclusive Only Watch 2017 design. With an estimated $30,000 price tag, it comes with a two-night luxe stay in Lucerne, Switzerland, plus a workshop tour. 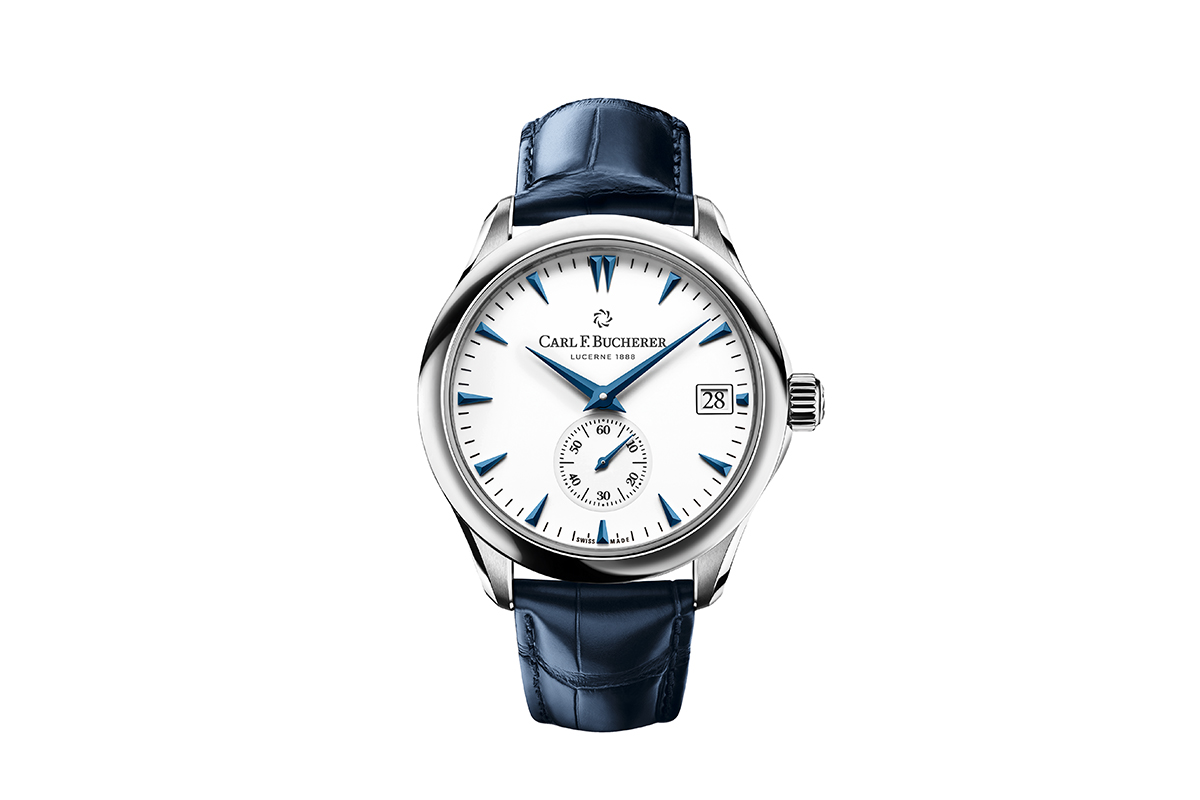 Estimated to fetch $24,000, this unique edition of the Defy El Primero features a new 1/100th of a second chronograph movement, a double chain structure with two regulators and a black DLC titanium case with yellow accents. 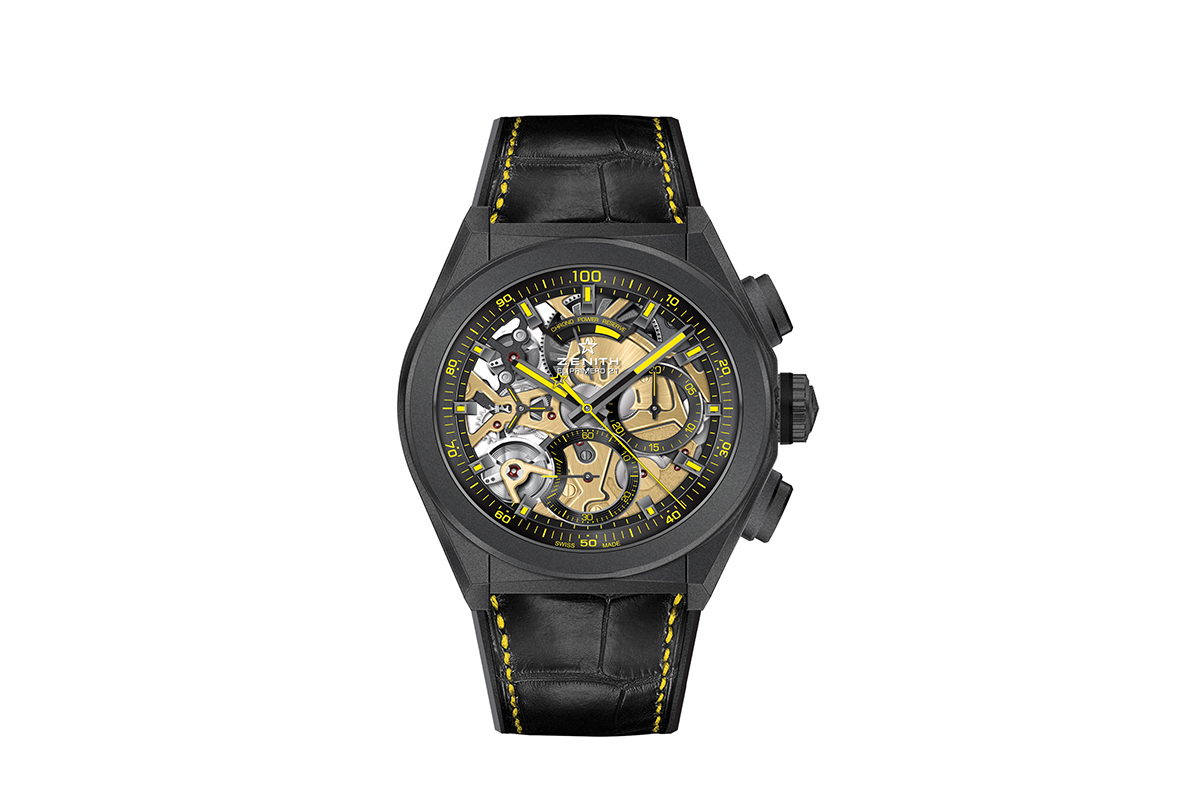 Number five of only 10 made, this edition of the Mosaïque with its distinctive mechanical gold movement by FP Journe, features a unique platinum disc on the back inscribed with ‘Only Watch 7’ to denote the seventh auction, where it could sell for up to $260,000. 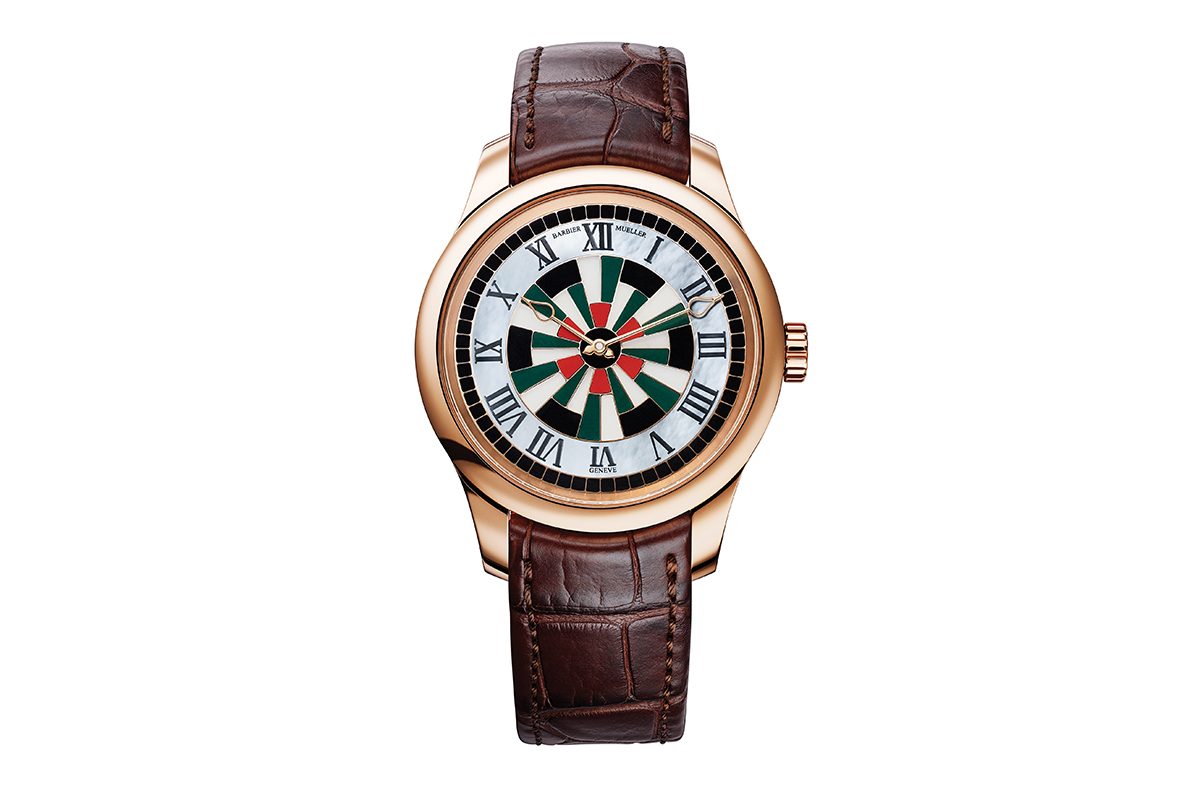 Ulysse Nardin has created a one-off Marine Tourbillon timepiece with a blue Grand Feu enamel dial, made in-house by Ulysse Nardin enamel specialists Donzé Cadrans, with the distinct colour coming from fusing the powder at extreme temperatures in a kiln. Bidding is expected to top $42,000. 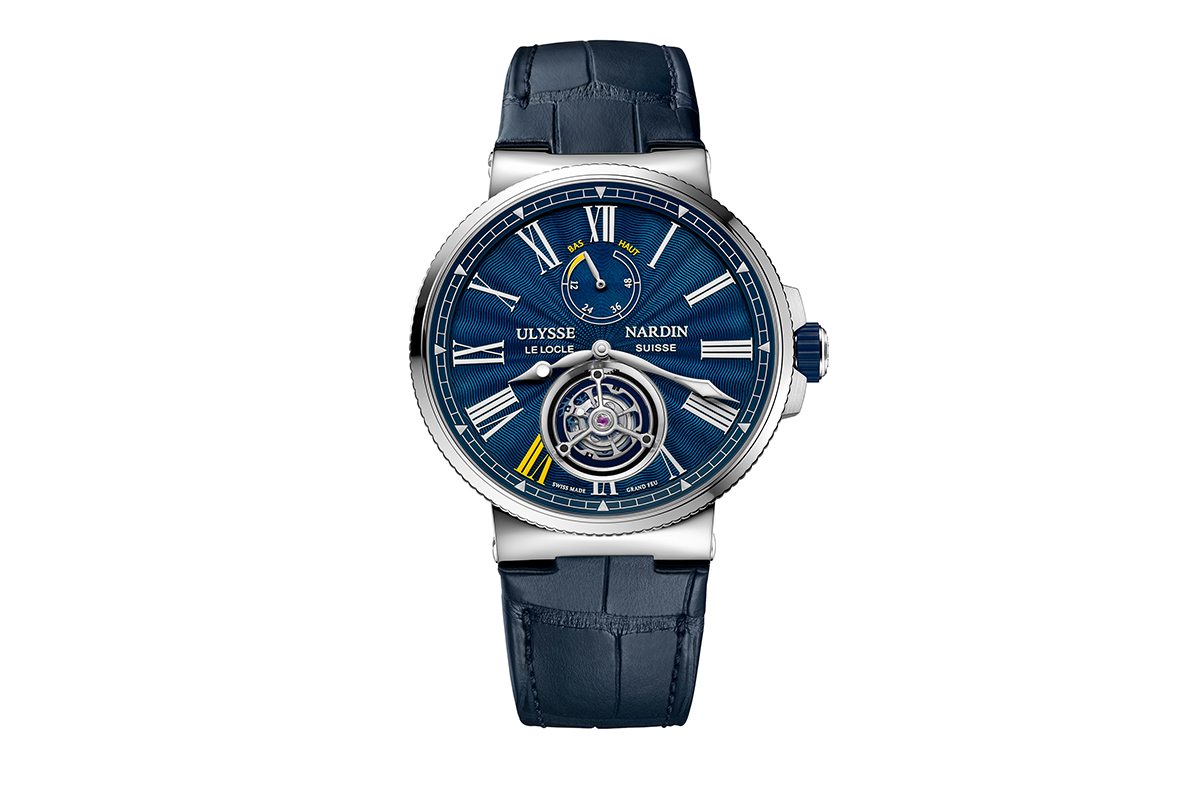 Designed exclusively for this year’s auction, it is the first and only version of the timepiece ever produced in titanium; a rarity for Patek Philippe. Also featuring a blue dial adorned with a hand-guilloched carbon-fibre pattern that is echoed on the platinum micro-rotator, it has a pre-sale estimation of $1.4 million. Considering the watchmaker’s last offering in 2015 went for an astonishing $9.4 million, this year’s estimate does seem rather modest. 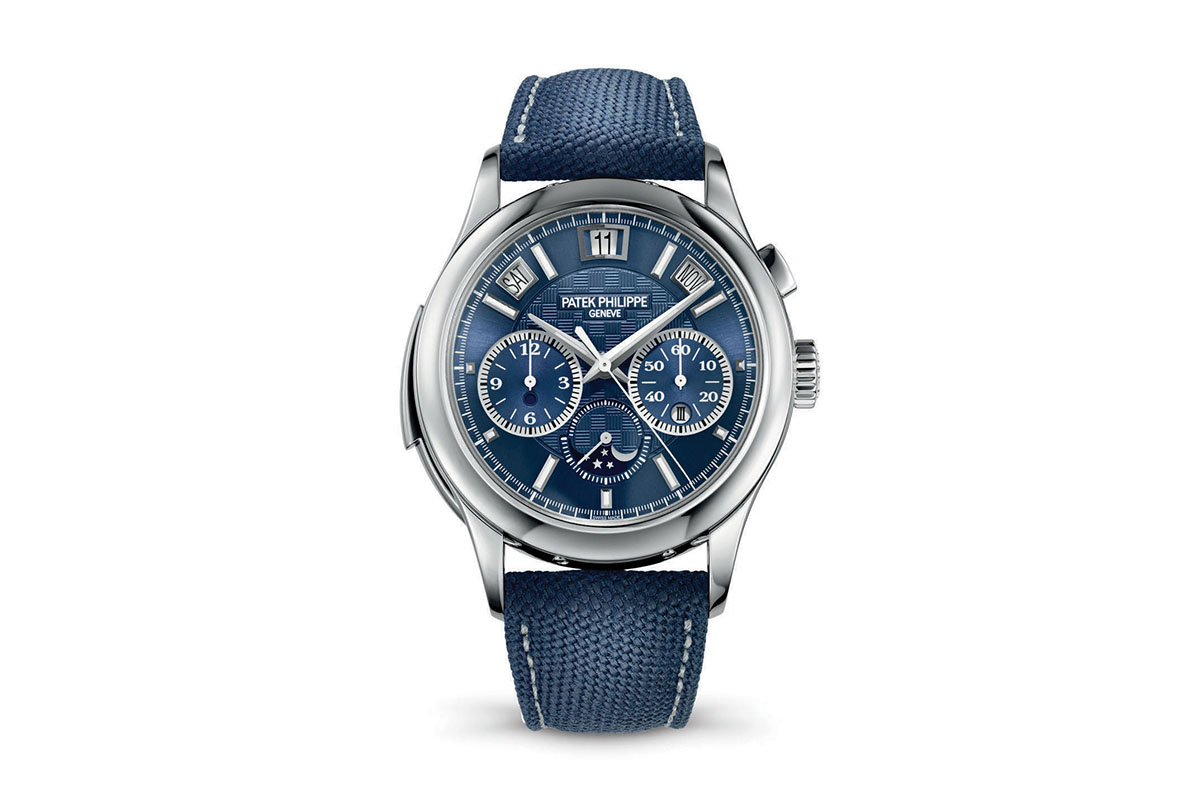 This timepiece celebrates a revolutionary movement. The automatic calibre 6361, developed in partnership with Agenhor, is due for official release in November. This model has an exclusive dial and, at around $61,000, comes with a workshop tour to meet the Fabergé artisans.

Featuring Harry Winston’s iconic off-centre dial and a large date window, this exclusive model also has phosphorescent yellow accents that glow blue in the dark. Bidding in November is expected to reach around the $63,000 mark. 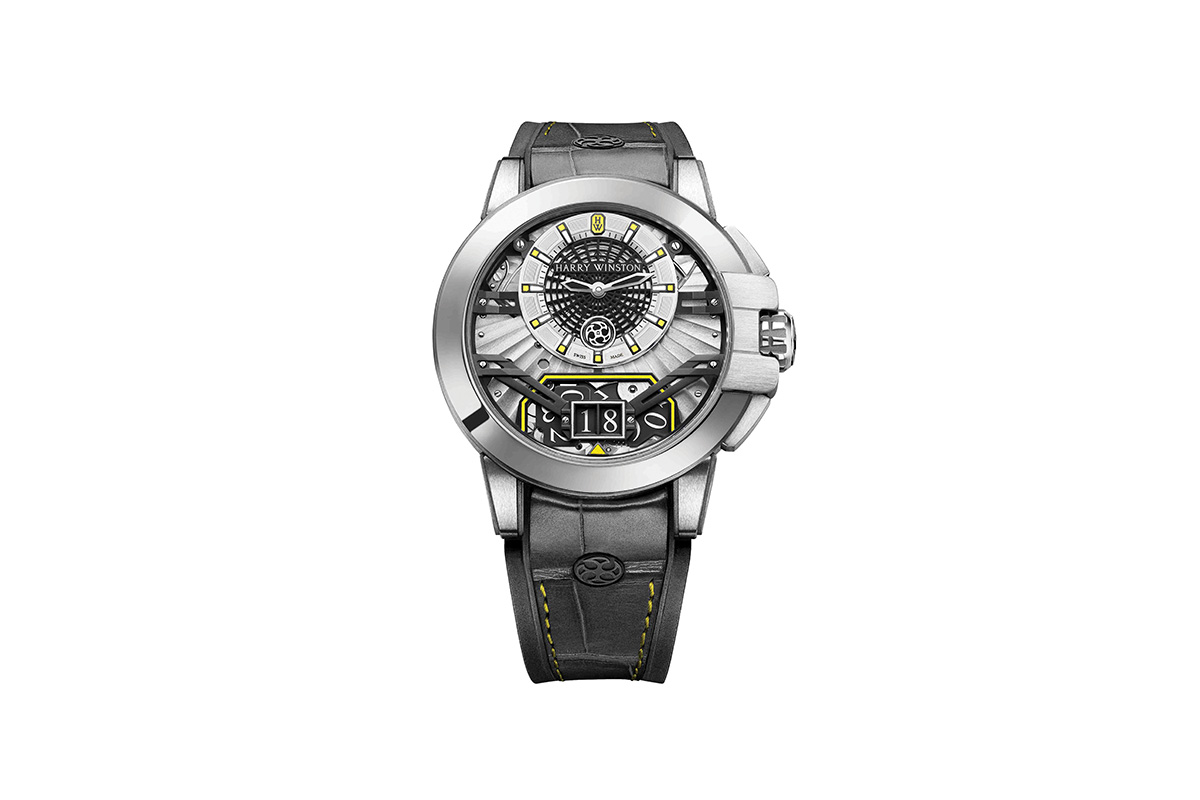 This unique piece features a ‘Skylight’ blue dial (to echo the last few minutes before sunset), with an orange-tinted moon, and a hand-finished black ceramic case, bezel and bracelet. The see-through caseback is also made in ceramic for the first time (normally titanium). As such, this Royal Oak is the only one to boast that its case is fully black ceramic, from top to bottom. The price for this piece of history could get to $155,000. 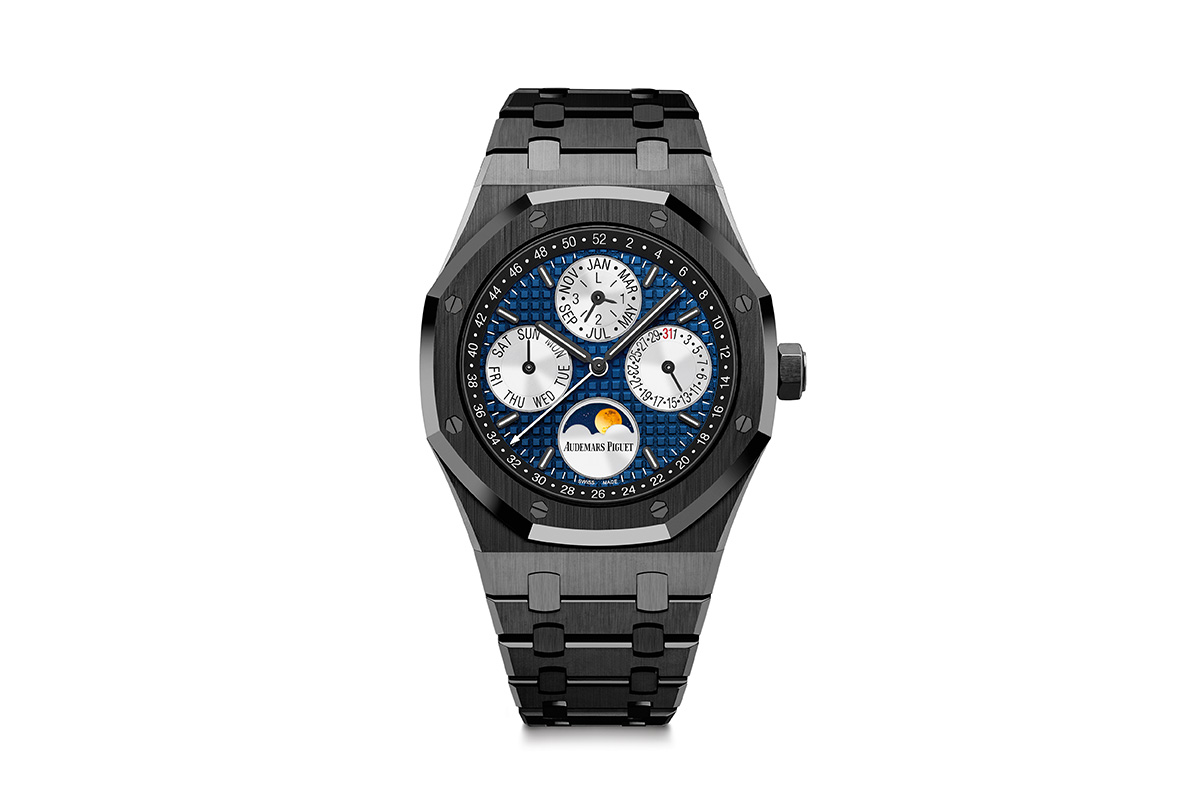 With a price guide of around $52,000, this watch is a must for serious collectors. Swiss watchmaker DeWitt is one of the very few who has dial-makers in house and so is offering the winning bidder the privilege of designing an exclusive dial, which will be hand-crafted in Geneva and come with a coveted 1/1 serial number. 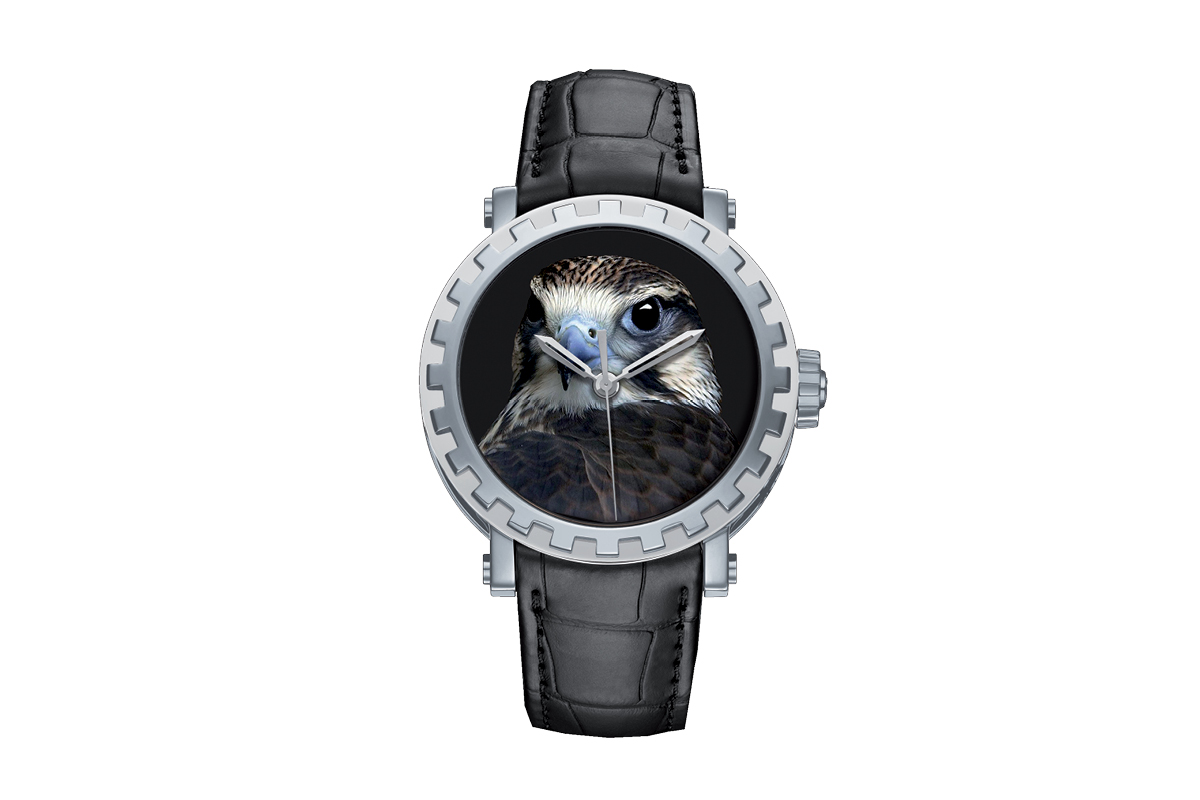 A one-of-a-kind model, this Classique watch in yellow gold is distinguished by its movement’s original construction, featuring an in-line perpetual calendar. The approximate $123,000 winning bid also includes a private tour of the workshop. 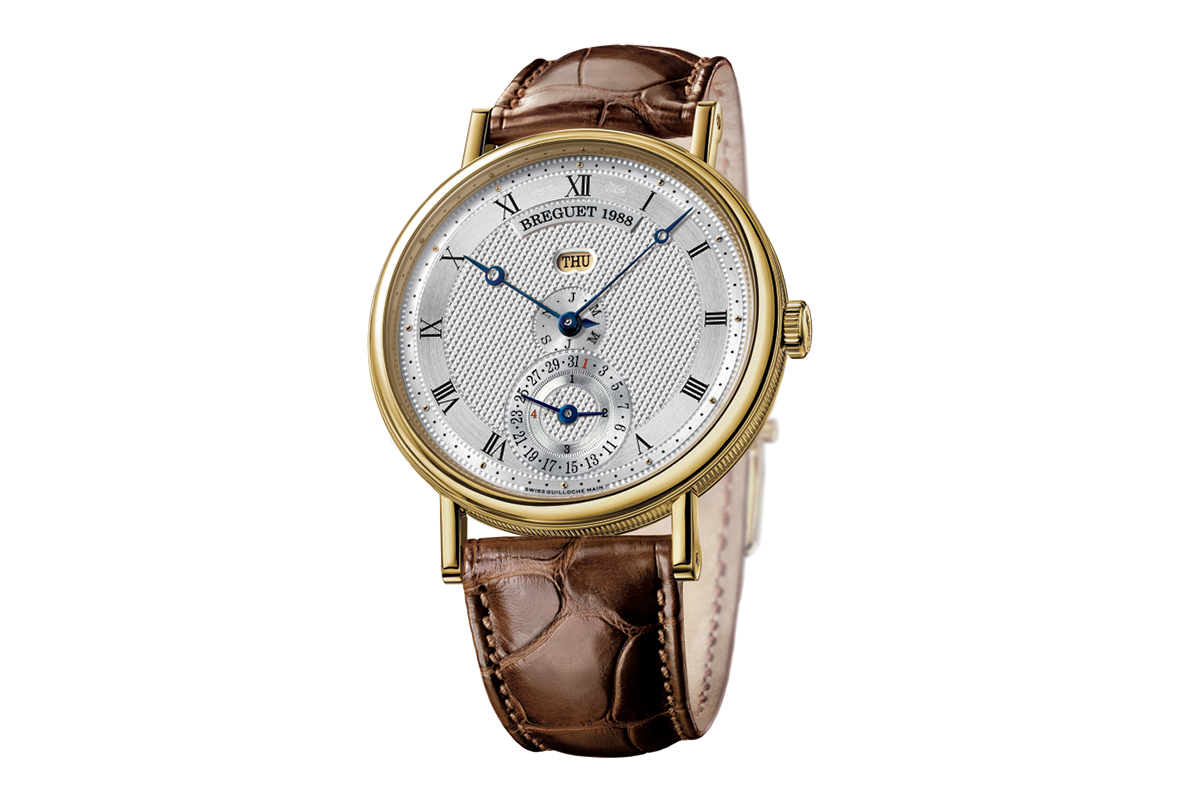 An estimated $155,000 can buy you this near-invisible watch. The dial, as well as a small moon at one end of the minute hand, are made from Vantablack; a substance comprising carbon nanotubes one-millionth of a millimetre thick that are capable of absorbing 99.965% of light. 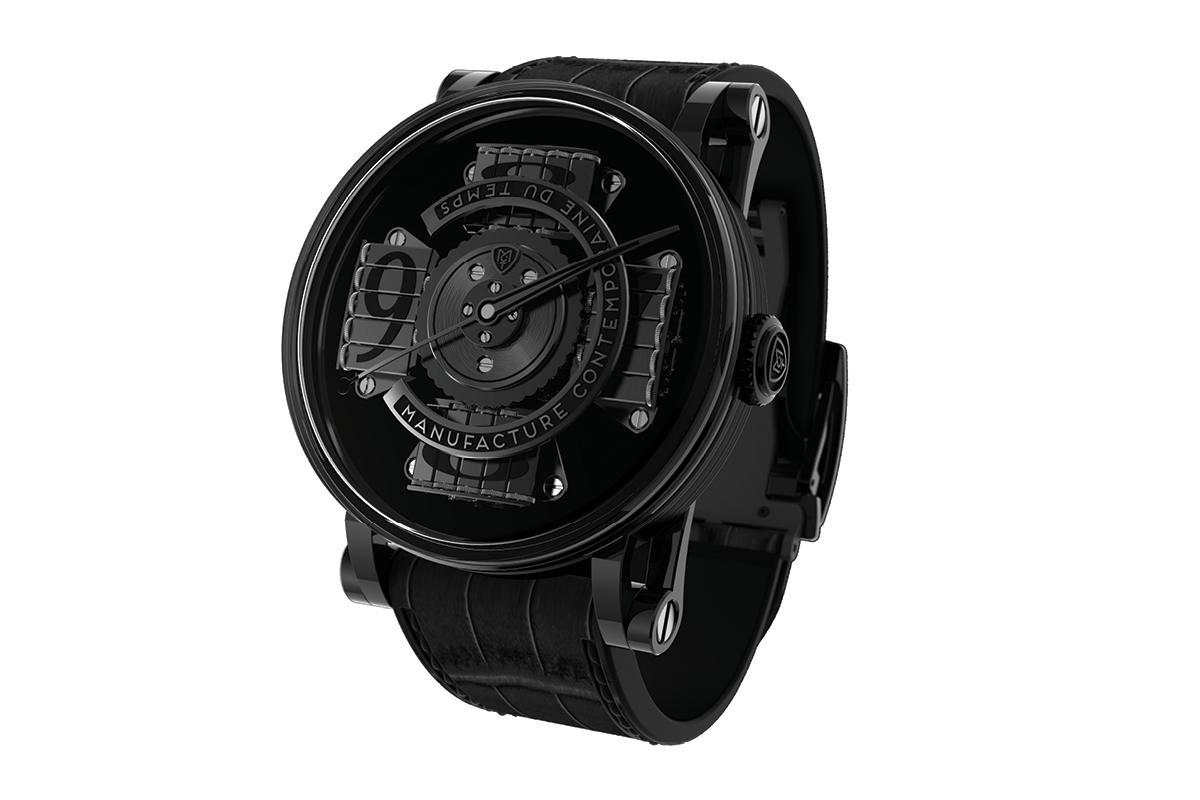 Issued as a one-off creation with a bronze case and an alligator leather strap, this sporty and elegant watch embodies the unmistakable timeless design of the classic, first released in the 70s. The upper price guide is set at a more modern $23,000. With a price that could reach $39,000, this gold, diamond and mother-of-pearl Boucheron timepiece celebrates golden wheat as a symbol of wealth and fertility. Also includes a private jewellery preview and film star experience at Cannes Film Festival in 2018. 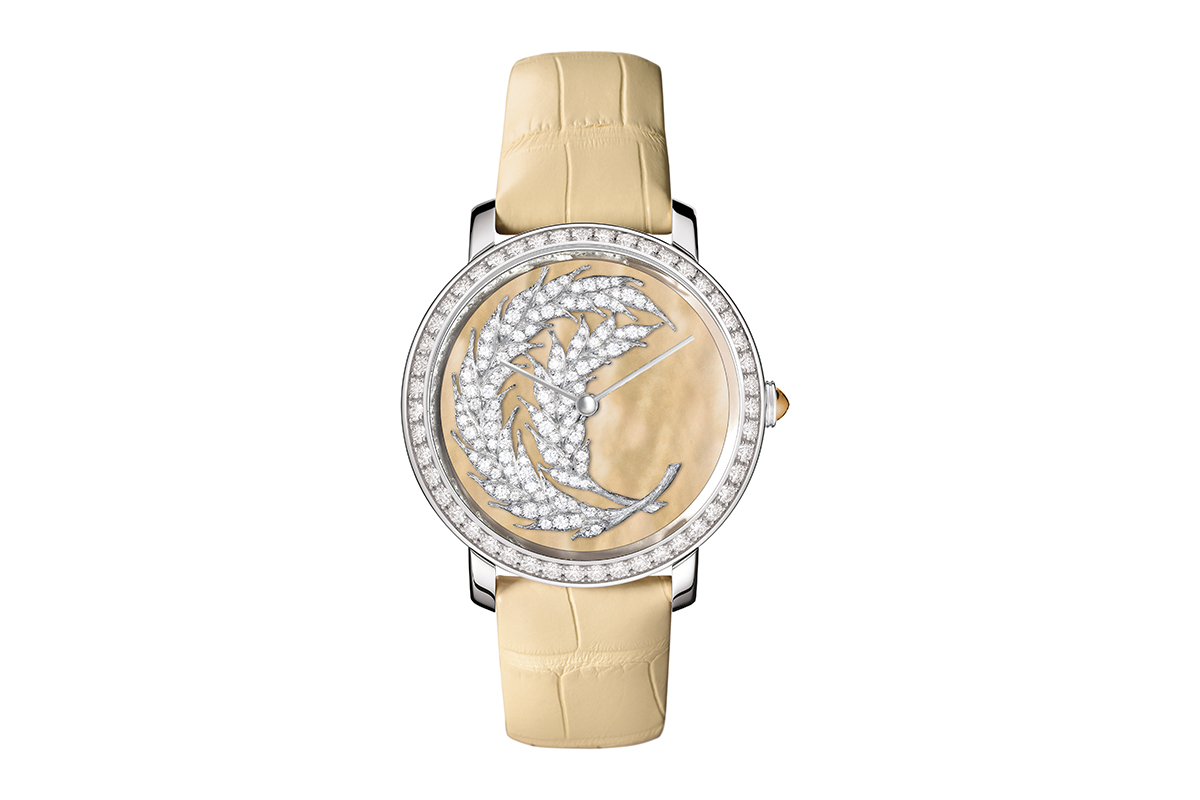 Continuing in the Louis Vuitton tradition of world travel, this timepiece with a printed leather globe featured in the centre of the dial comes with a personalised trunk in Ardoise Taiga leather. The estimated $103,000 price tag also includes a private workshop tour and lunch at the Louis Vuitton family home. 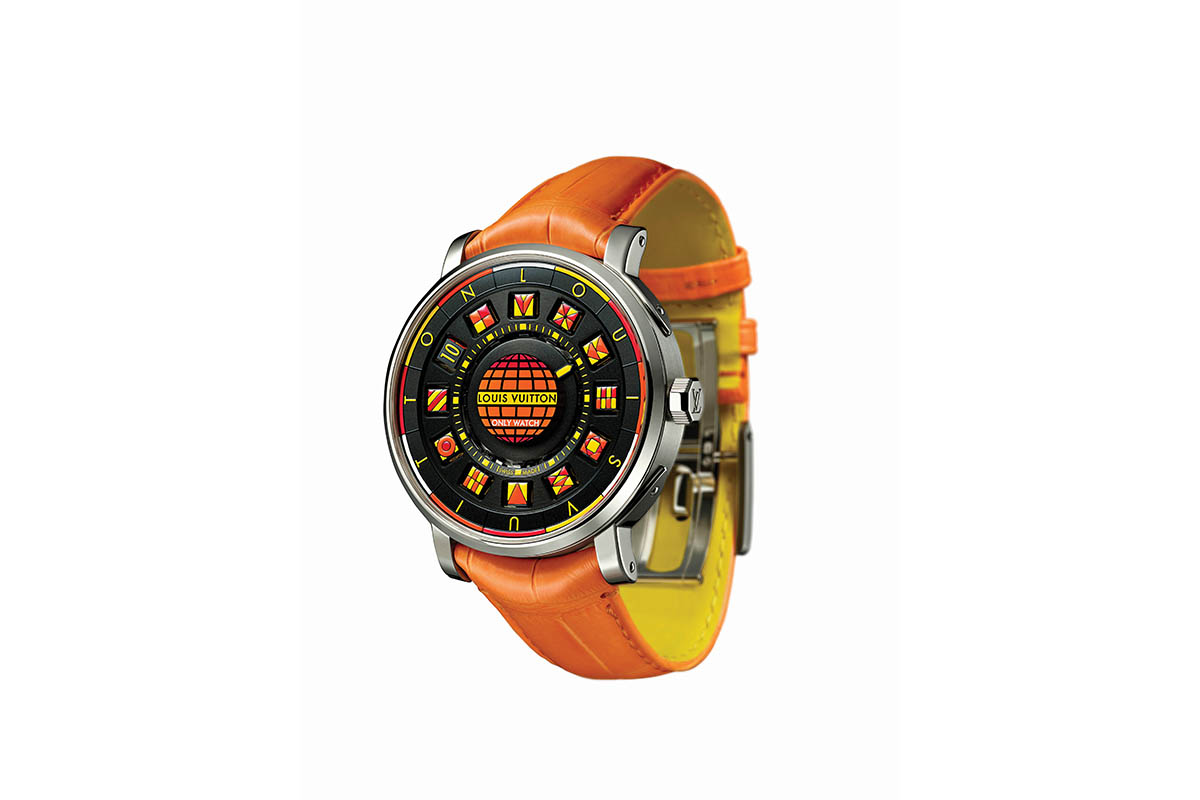 This one-off takes the timeless style and beauty of the J12 to another level with a hand-embroidered cuff by Maison Lesage that also acts as an invitation to the House of Chanel Ready to Wear Paris fashion show in March 2018, preceded by a night in a Parisian palace. Bidding is expected to top $58,000. 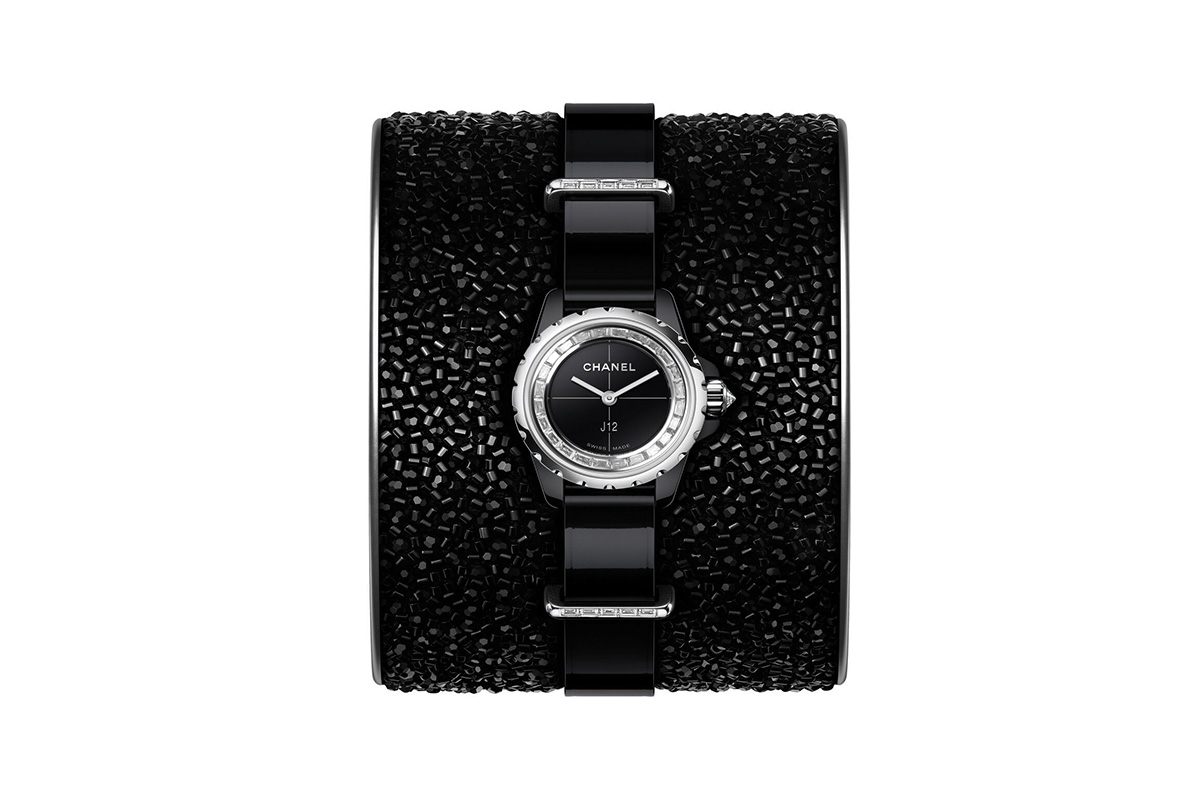 With a background in Art Direction, production and marketing, Simone draws on her broad publishing experience to add dimension and depth to her content creation. Armed with a love of telling people’s stories, she has travelled extensively around Australia to produce custom content for airlines, hotel chains, restaurants and wineries.