Black-and-white beauty: Inside superyacht DAR at the 2018 Monaco Yacht Show

At September’s Monaco Yacht Show, the stunning 90-metre Oceanco motor yacht DAR was named Finest New Superyacht. The CEO Magazine had a chance to tour her as a guest of Oceanco. It’s been quite the year for Dutch superyacht builder Oceanco.

First, the delivery of Black Pearl, an incredible 106.7-metre sailing yacht with three 70-metre masts and 2,900 square metres of distinctive black sails that can be set at the touch of a button.

Followed in July by the launch of another headturner: the 90-metre motor yacht DAR.

A monochrome masterpiece, she was one of the largest yachts on display at this year’s Monaco Yacht Show, as well as its most anticipated debut; no small achievement at an event that showcased over 120 of the finest superyachts in the world. 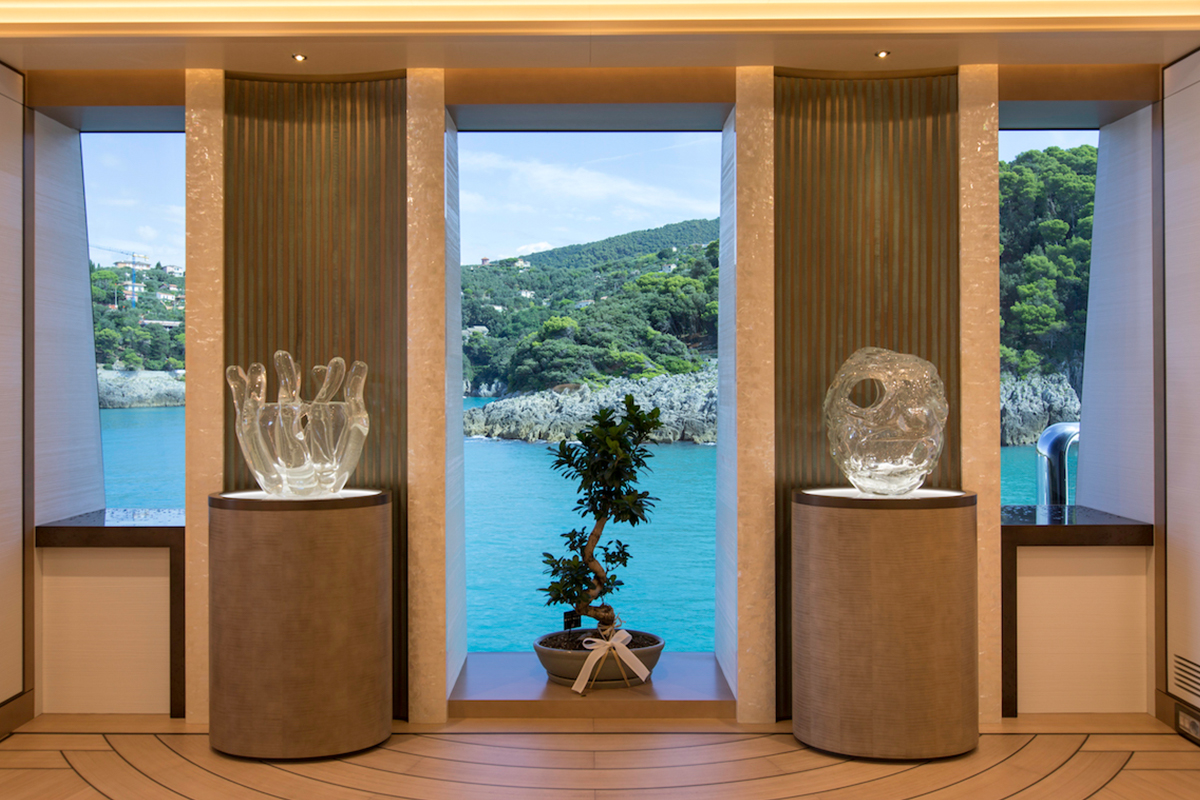 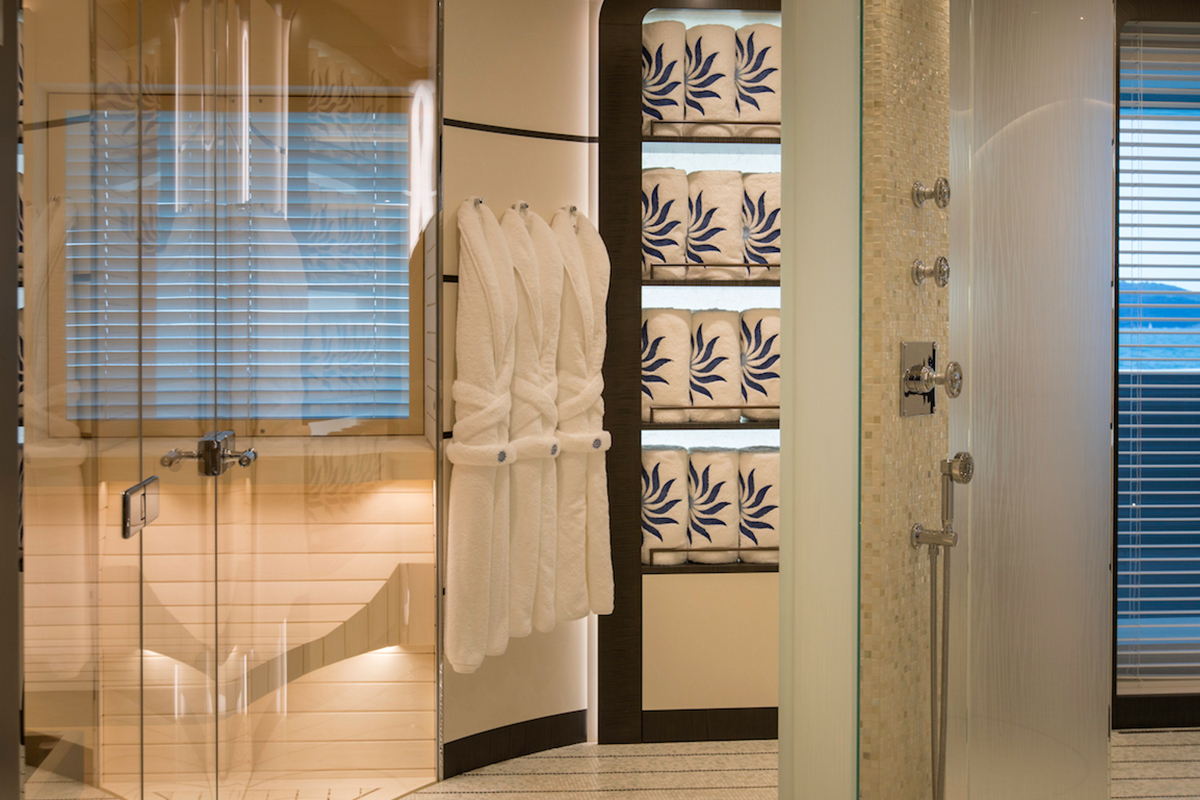 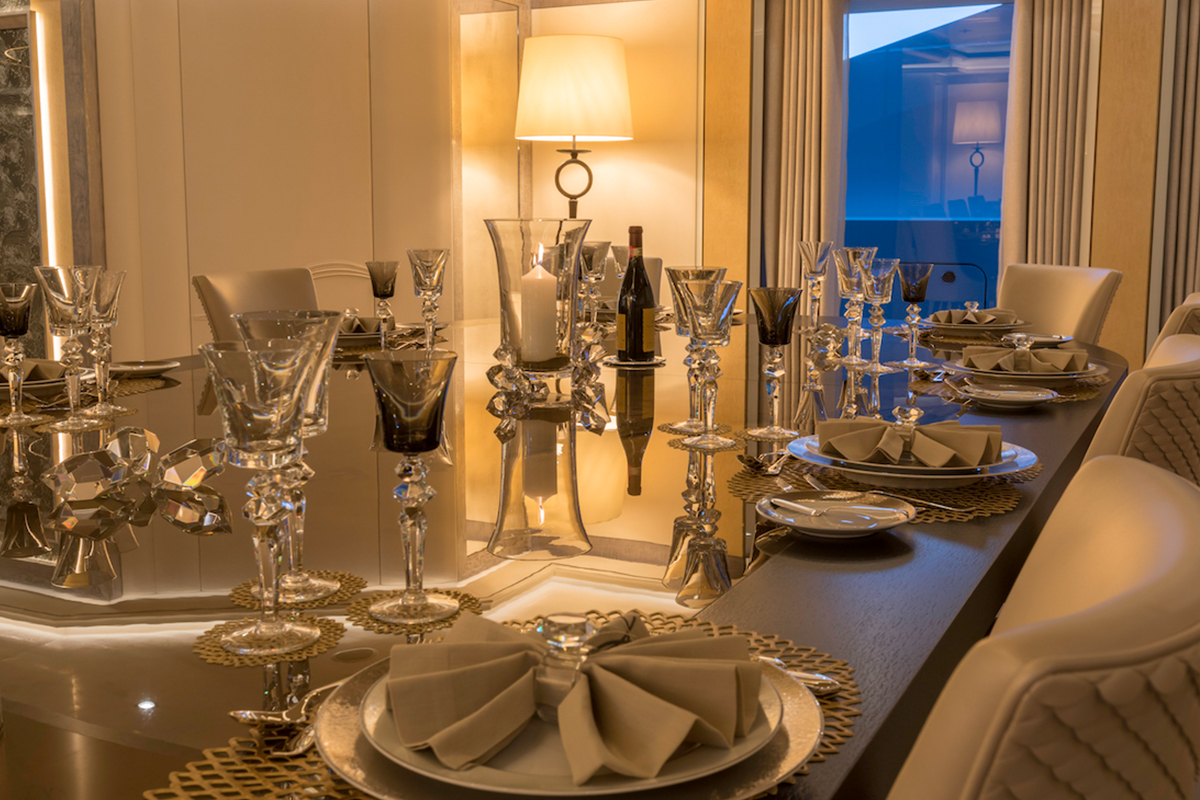 Show-stealing yachts seem to be in Oceanco’s DNA. Before DAR had even docked in the principality’s Port Hercules she had been recognised with two of the Monaco Yacht Show Superyacht Awards: Best Exterior Design and Finest New Superyacht. It meant back-to-back victories for the Dutch yard, which took out the same awards in 2017 for the 110-metre motor yacht Jubilee.

From the outside, DAR looks like no other yacht in the world. Her eye-catching exterior design, where the dark hull and reflective glass superstructure contrast with the strong white lines of the balconies, is the work of renowned yacht designer Luiz de Basto.

De Basto says the yacht earned the nickname ‘Project Shark’ during construction. “The wing stations, when viewed from above, bear a distinct resemblance to a hammerhead shark, while the mast in profile is shaped like a fin,” he explains.

The wing stations when viewed from above bear a distinct resemblance to a hammerhead shark, while the mast in profile is shaped like a fin

The most visible innovation to the naked eye is the advanced glass technology that has made possible distinctive features such as the floor-to-ceiling windows of the superstructure, curved glass corner walls of the main deck gym, and windows in the sauna. 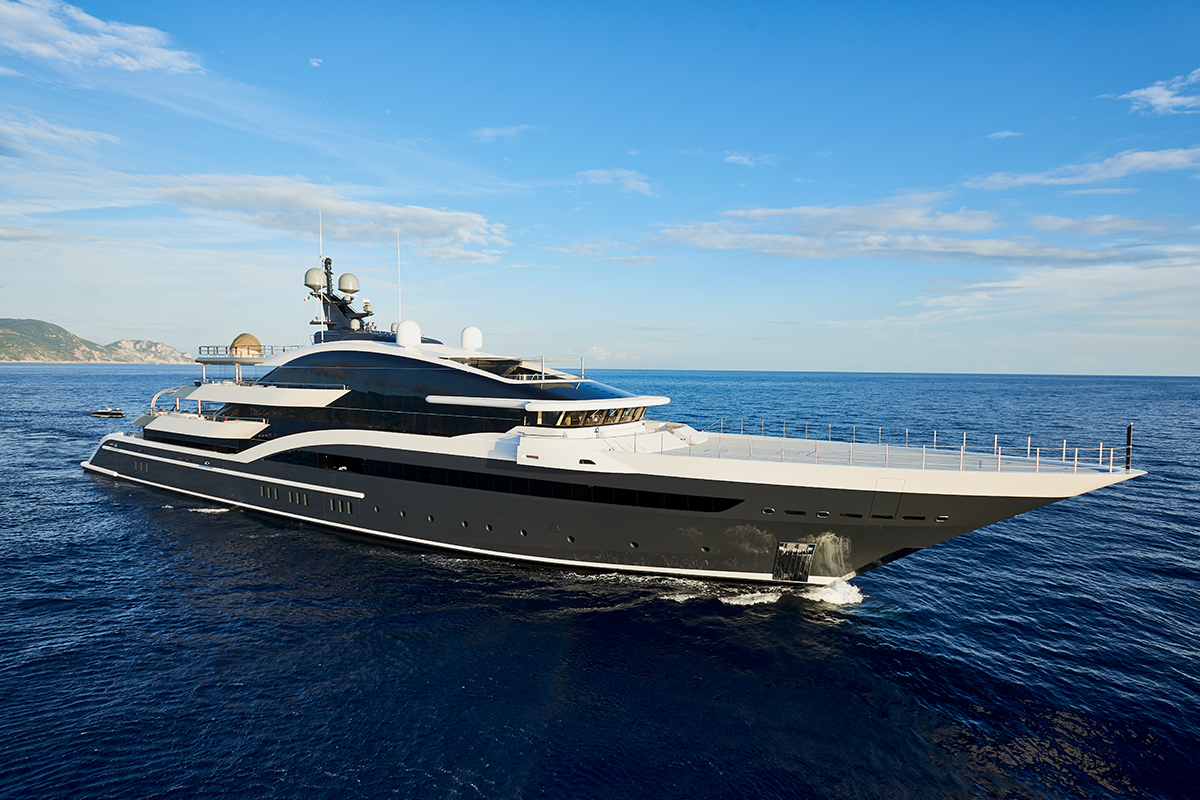 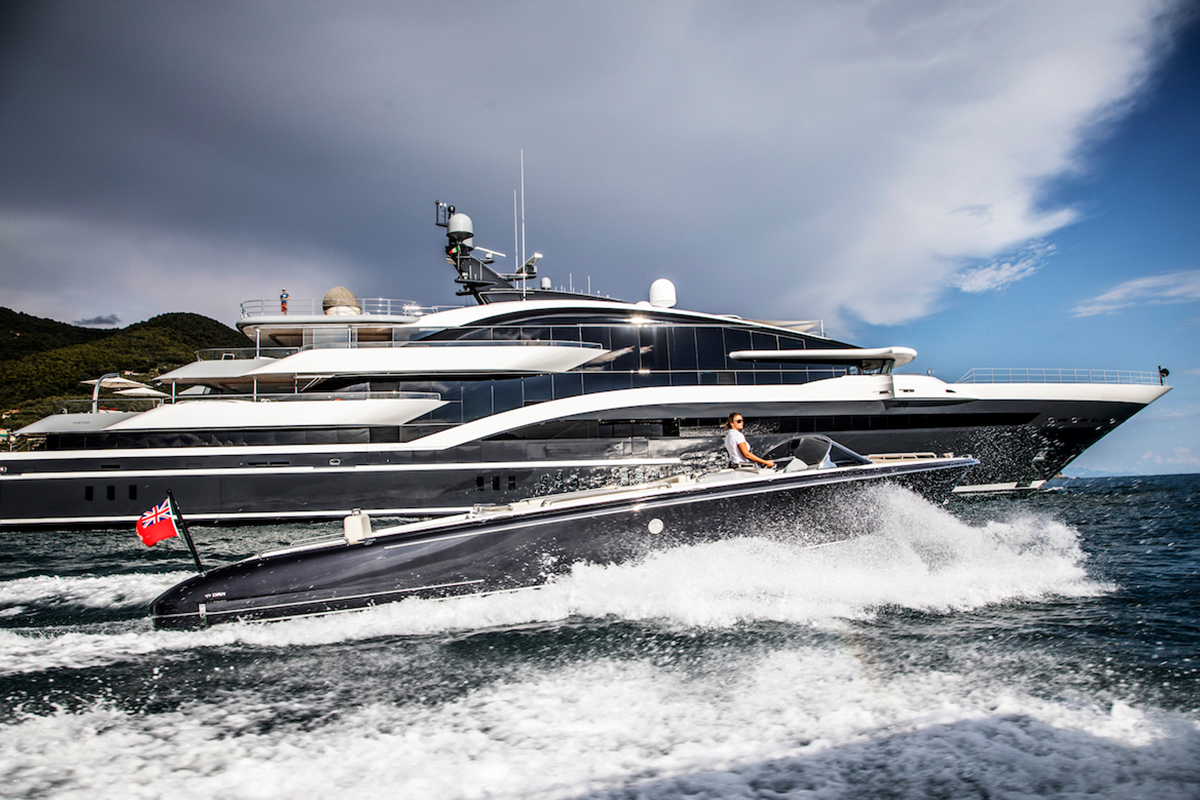 “The yacht was designed to maximise outdoor living and to have direct contact with the marine environment,” says Oceanco, and natural tones and motifs of sea life, trees and blossoms, among others, are everywhere you look.

As for the interior design, head designer, Valentina Zannier of Nuvolari Lenard, tells us the owner specifically requested that no dark timbers or bright colours be used.

The result is an interior that is beautifully elegant and fluent, overflowing with intricate artisanal techniques such as 3D cut suede doors, straw marquetry wall panelling, silk-covered ceilings, and brass-inlay floors.

Another stand-out feature is the private owner’s upper deck. The full-beam master suite looks out onto to a plunge pool that is two metres deep, and comes complete with a waterfall. The dressing room rivals the bedroom for size. A forward-facing jacuzzi area that can only be accessed from the owner’s suite guarantees utmost privacy on board.

With such a focus on the owner’s living area, it’s little surprise to learn that DAR is a yacht destined entirely for private use.