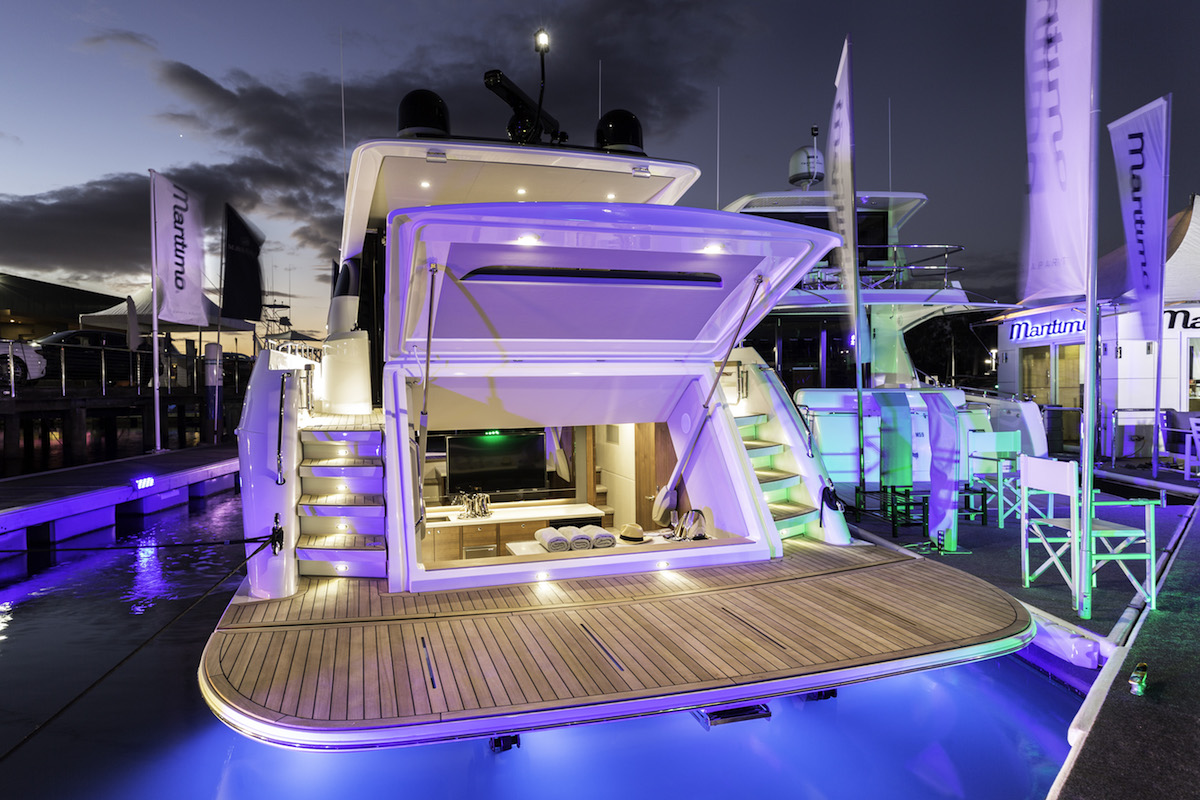 After the success of the world premiere of the new Maritimo X60, the company has decided to run a series of mini boat shows to highlight this magnificent vessel, in a variety of locations starting at the Gold Coast through to Sydney.

“We will be having pop-up or mini boat show displays at marinas all down the east coast and our dealer partners in each location are eager to get the chance to show their prospective buyers through the vessel first hand,” said Maritimo’s lead designer Tom Barry-Cotter.

“The response to this vessel internationally has been one of the best of any model we have introduced in our 15-year history,” he added.

Barry-Cotter also said the X60 was “one of the most versatile sports motor yachts” yet and with units already in production, bound for new homes globally, he feels the success is thanks to the “design’s increased accommodation spaces to that of its competitors”. 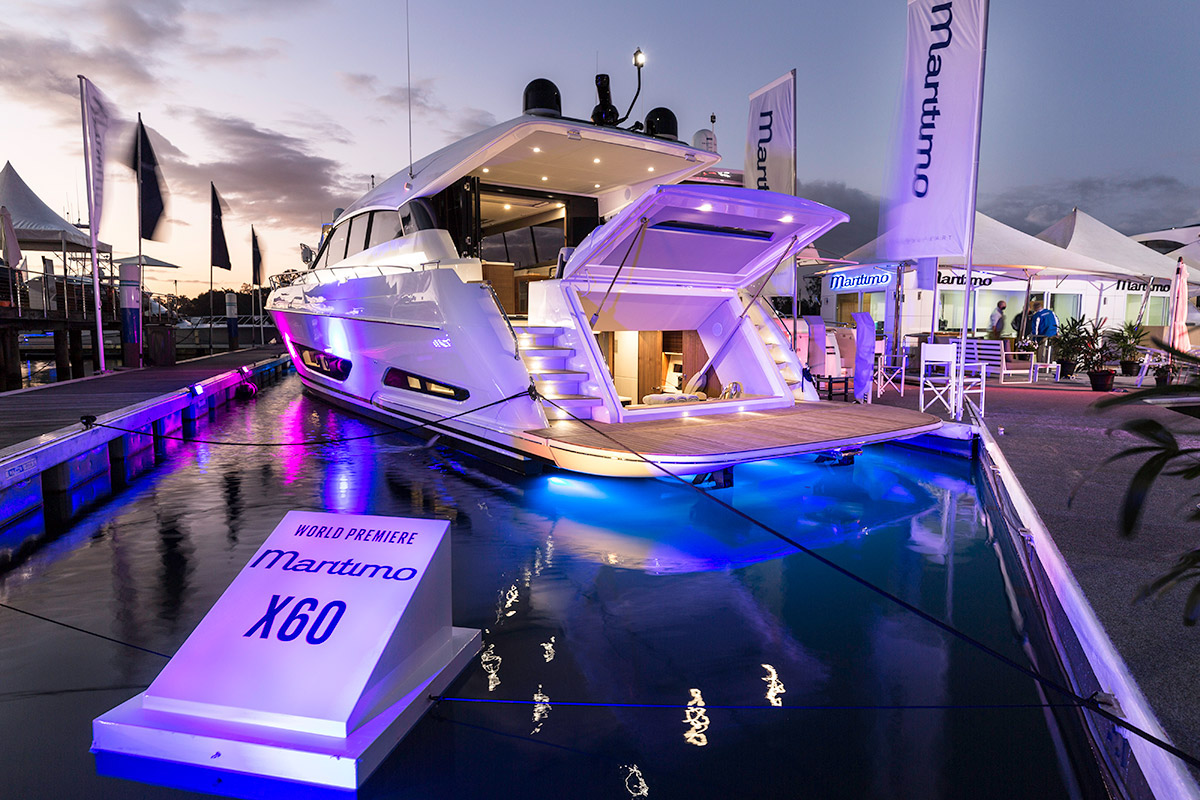 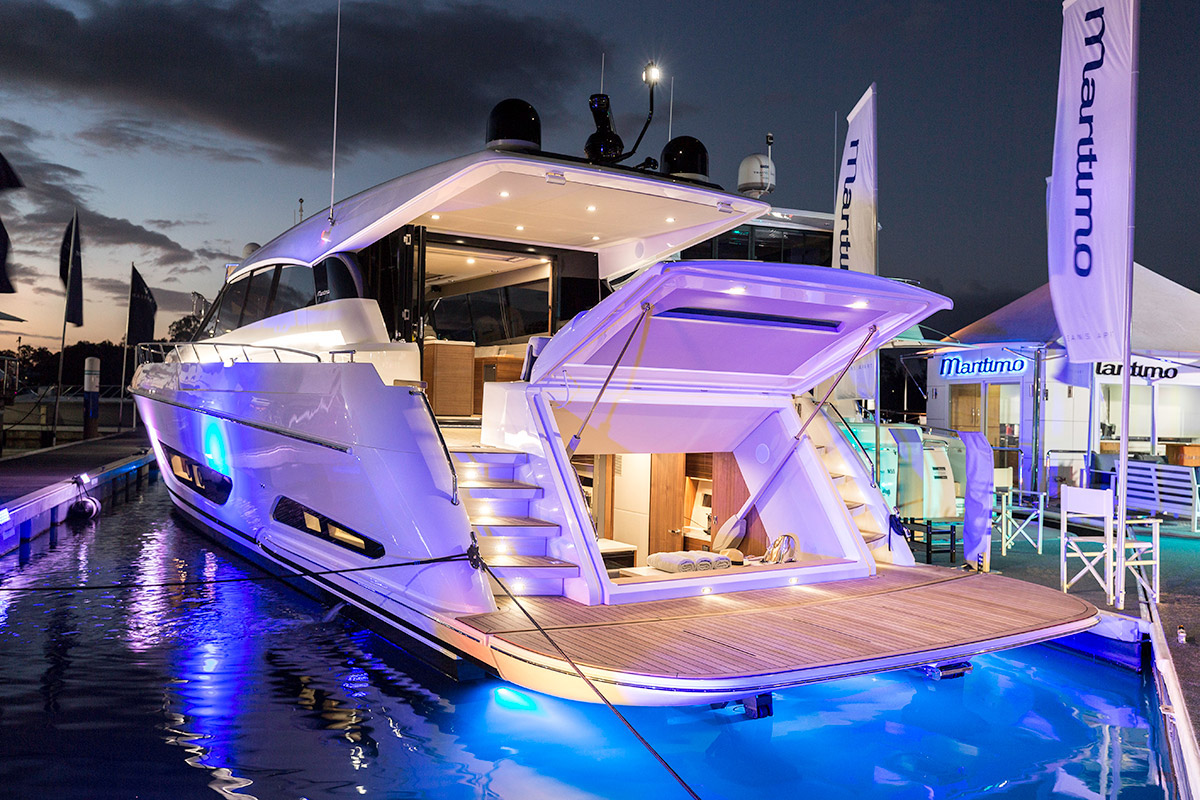 “The additional aft cabin is completely unique and is resonating with buyers within the sport motor yacht market,” he commented. “Its ability to add extra accommodation space that is similar in size to an additional master cabin in terms of volume, is clearly something special.”

Additional factors also include a variable “deadrise hull design with deep-v bow entry offering a soft dry ride”, and weight distribution within the hull design allows for “effortless transition to plane and running attitude through the RPM range”.

Another standout feature of the X60 is the twin disk quickshift transmissions, EC 300 electronic control system, and express joystick which has the option of being fitted with express positioning system technology and “enables precise and continuous position and heading hold”.

The Maritimo X60 has won international acclaim since its launch at the 30th Annual Sanctuary Cove International Boat Show in May and orders have already exceeded over a dozen.

The boat shows are set to start along the east coast between the Gold Coast and Sydney and the X60 will also be featured at the Sydney International Boat Show in August.

The X60 mini boat shows are currently on offer:

The X60 will then hold pride of place at the Maritimo display for the Sydney International Boat Show from 2–6 August 2018.