No, Australian governments haven’t been lighting the bushfires to clear the way for high-speed rail, but conspiracies themselves may pose a societal threat. 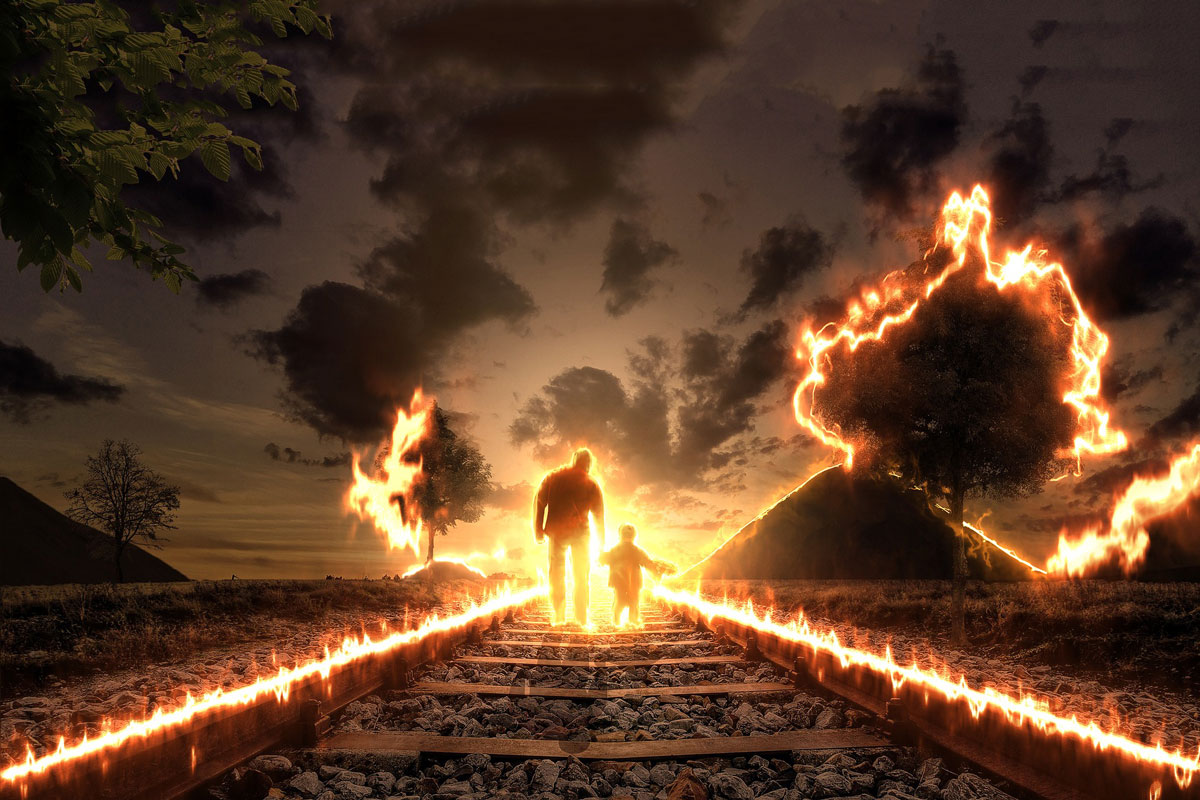 For conspiracy theorists, the 2010s were a golden age. The flat-Earth theory spread, chemtrail believers fretted over harmless contrails, the idea that vaccines cause autism took off and George Soros began to be depicted as an evil mastermind. Even satanic ritual abuse allegations made a comeback.

The 2020s have so far proved even more fertile ground for conspiracies. Just a few weeks into the 20s, we already have a novel explanation for Australia’s bushfires: they have been lit deliberately by shadowy and malevolent forces to clear the way for, of all things, a Melbourne to Brisbane high-speed rail line.

A theory burned up

The bushfire theory’s proponents claim several recent events show governments wanted to encourage the bushfires. Those events, they say, include a $12.9 million cut to NSW government bushfire prevention spending, the delay in funding a $6 million new Byron Bay fire station, reports that some fires were deliberately lit, and the inability to contain the fires. Some versions of the theory also involve Star-Wars-style energy weapons said to be fired from planes.

The theories, set out at sites such as this one, have some obvious flaws. First, they’re a direct borrowing of claims made last March in California. Claims of budget cuts gloss over the complex realities of bushfire prevention funding (and A$20 million of extra spending would have made precious little difference anyway). Few people are claiming that the bulk of fires were deliberately lit. The inability to contain the fires seems directly related to the increase in fuel load caused by prolonged drought in forested areas. Areas such as Shepparton, said to be targets of the clearing of a high-speed rail path, have actually suffered no bushfires. And today’s experimental directed-energy weapons are building-sized – and can’t fire through smoke.

Ironically, the global warming that conspiracists call a hoax is making it less attractive to build or expand the cities of Australia’s increasingly hot and water-starved inland plains – the ones a high-speed rail project would service. And far from starting fires to eliminate opposition to high-speed rail, governments have mostly been quite sensibly resisting high-speed rail proposals. They just don’t make economic sense.

The daddy of all conspiracy theories remains belief in a flat Earth: the world is a horizontal plane; all photos of the Earth from space ever taken by any organisation are faked; Antarctica is actually the approach to a giant, Earth-encompassing ice wall; the Sun and Moon never change significantly in size but nevertheless circle a few thousand miles above us; GPS devices are rigged; Australia is four times as deep as it is wide; and, of course, no-one ever landed on the Moon.

The whole elaborate construct relies on a belief that the government literally convinced millions of scientists, military personnel, technologists and navigators of all sorts to remain absolutely silent about a generations-long cover-up.

It also relies on faking not just millions of photographs, but also video such as footage of the lunar rover – something just not possible with 1960s and early-1970s technology.

It matters if it grows

The bushfire theory, flat-Eartherism and other such theories share features that distinguish them from most explanations, including some explanations – such as the fanatic hijackings of 9/11 – that involve actual conspiracy.

Many elaborate conspiracy theories are rendered unbelievable simply by the known inability of governments in reasonably open societies to keep secrets once they are known to hundreds or thousands of people. Democratic governments often can’t keep secret even printed reports stamped “TOP SECRET” and distributed to only a handful of people.

Yet this era, with its online media and elevated distrust of government, seems to be giving new vigour to elaborate conspiracy theories.

Academics have only recently begun measuring the hold such theories have on the public in various countries. One such study suggests that “over half of the American population consistently endorse some kind of conspiratorial narrative about a current political event or phenomenon”. The same study suggested that beliefs in hidden, malevolent forces and a sympathy for good-versus-evil narratives both make people susceptible to conspiracy theories. Each of those findings suggests conspiracy theories are hard to get rid of.

Do we need to stamp out conspiracy theories? Do flat Earth ideas and laser bushfire bullshit matter? After all, sensible people mostly ignore this stuff, don’t they?

That’s true so long as conspiracy theories remain on the fringe. But when they scale up, they change the picture in two ways.

First, conspiracy theories encourage distrust of society’s institutions, from the medical profession that recommends vaccinations to the scientific community that reports the Earth as a sphere. For much of the 20th century, for instance, popular ideologies from Marxism to Nazism posited a cabal of shadowy elites – capitalists, marxists, bureaucrats – keeping the truth of the world from the ordinary person.

Second, after this sort of thinking takes hold, it has proved extremely difficult to dislodge. In Russia, it ended only after many decades of clear social failure; in Nazi Germany, its destruction took overwhelming military defeat in a world war.

All that suggests that rather than simply ignoring conspiracists, we may need to spend more time explaining where they’ve gone wrong.

Read next: The most ridiculous MH370 theories to date