Why we must drive business change when addressing climate change

COP set a precedent, but it's up to individuals and businesses now to join the cause today for real change, explains Fiona Macintyre. 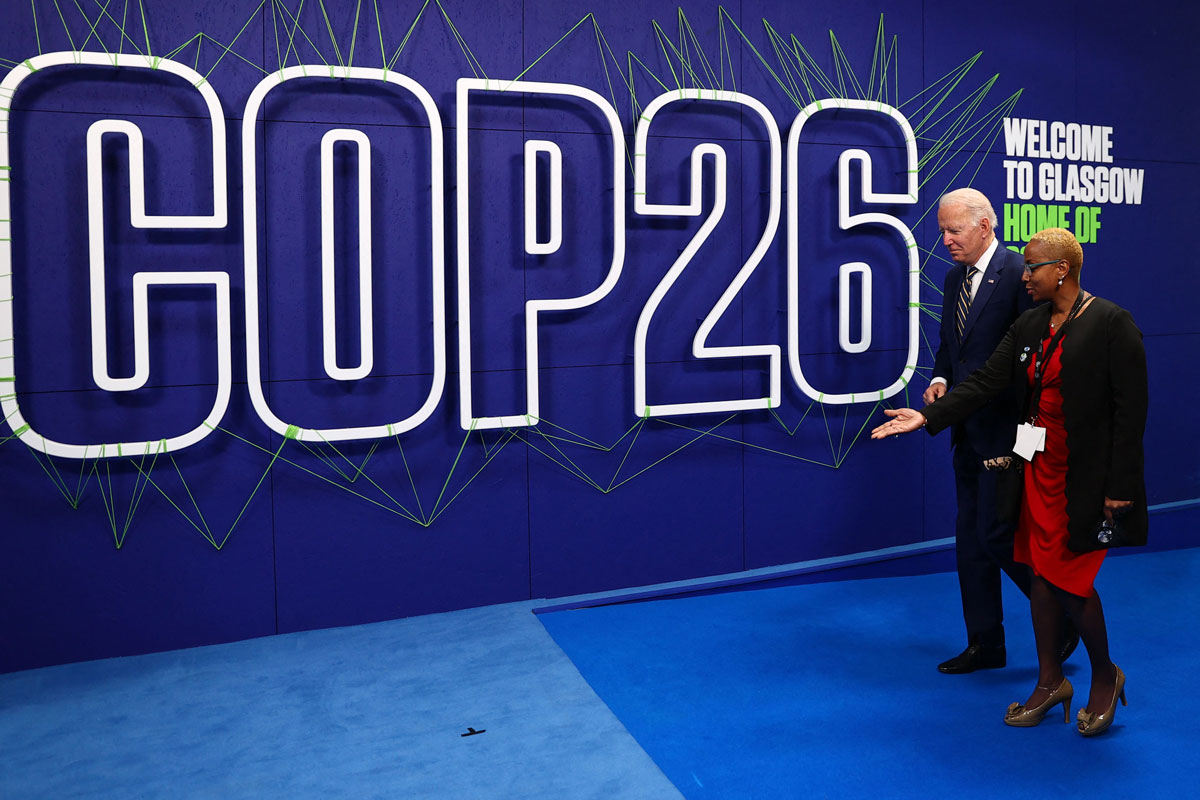 Environmentalist and entrepreneur David Katz once said, “We keep talking about climate change when what we need to talk about is business change.”

Well, now the eyes of all future generations are upon us.

Flashback to June 1992, Rio De Janeiro, when the United Nations Framework Convention on Climate Change (UNFCCC) was established as an international environmental treaty to combat “dangerous human interference with the climate system”. The treaty went on to be signed by more than 150 countries, leading to the formation of a multinational task force that would support the global effort to limit climate change. Twenty-nine years after that historic moment, delegations that signed the treaty continue gathering for the Conference of the Parties, now more commonly known as COP.

Certain COPs have achieved landmark agreements. The first COP summit held in Berlin, Germany in March 1995 took the issue of climate change to the mainstream – it went from being only a fringe issue to now being a top priority for countries, companies and individuals. COP3 in 1997 saw the adoption of the Kyoto Protocol, which legally binds developed country parties to emission reduction targets. The Paris Agreement was signed at COP21 in 2015, a seminal moment in humanity’s battle against climate change.

Today, the UNFCCC has near-universal membership. The 197 countries under the convention are treaty-bound to avoid dangerous levels of climate change and find ways to reduce greenhouse gas emissions globally.

Every country that signed the Paris Agreement has agreed to limit global warming to no more than 2°C above pre-industrial levels, aiming for 1.5°C. The target will be realised when it becomes imperative for every stakeholder to play an active role to prevent climate change.

It begins with an individual choice

COP set a precedent, but it’s up to individuals and businesses to join the cause. Forming Impact, a members community of change-makers bringing together knowledge, capital and ideas to create sustained impact, has continuously advocated the need for climate action through its international events, which bring together like-minded people who have chosen to leave behind a better world.

The Forming Impact Ocean Summit, held on Bawah Reserve in Singapore, is a great example of the private sector’s potentially monumental role in global climate action. Katz, quoted at the beginning of this article, is the Founder and CEO of Plastic Bank and was at the summit. His business stops ocean plastic while simultaneously reducing poverty in vulnerable coastal communities. This is accomplished by enabling the exchange of plastic for money and basic family necessities.

When Forming Impact spoke with Katz in an episode of The 17 Podcast, he emphasised the important role businesses can play while also mentioning that it is not entirely up to them, “the real power is in the hand of the consumers – and corporations are listening”. He continued, “Every time you buy something, you are voting. So, if you buy something with excessive and wasteful packaging, that’s what you’re voting for.”

Networks like Forming Impact convene to spark innovation, impact and change. The reason these groups succeed is because they continue to bring together like-minded powerful individuals with similar missions to create positive impact in the world. In person, innovation and action prove to accelerate. COP26 is no different. Convening the world’s leaders, multinational companies and activists with a shared goal to preserve our environment and set road maps for tackling climate change is exactly what the world needs.

Climate change is a human problem for everyone around the world

As the world aims to be net zero by the middle of the 21st century, the United Nations is hoping that COP26 (31 October to 12 November) will commit countries to accelerate the phase-out of coal, curtail deforestation, speed up the switch to electric vehicles and increase investment in renewable energy.

“We continue to look at climate-related issues like they are a climate issue when they are not. It is a human issue. It’s not the climate we need to change; it’s us,” Katz said on the climate change narrative. “We are entering the regeneration economy. We have moved past the paradigm of sustainability. A conversation that I will do less damage this year than last isn’t enough.”

Though a collective, global effort is expected, it is known that some countries are more ambitious than others with their climate goals. This is because there exists a stark difference between the developing and developed world.

The developed world has the necessary finances – it has industrialised – whereas developing nations do not have the same level of industrialisation and socio-economic status. That said, only one country is on track to meet the 1.5°C target: The Gambia.

Developed or developing, countries will need to adapt to protect communities and natural habitats, mobilise billions in climate finance, and work together to finalise the Paris Rulebook which makes the Paris Agreement operational. And if we do not reach a collective consensus sooner? Let Sir David Attenborough’s stark message to the UN Security Council in February serve as a reminder, “If we continue on our current path, we will face the collapse of everything that gives us our security.”

The shift starts now with COP26

The conventions of COP26 offer a unique opportunity to bring together nations so they may form a cohesive response to an existential crisis. Quoting former US president Barack Obama, “The shift to a cleaner energy economy won’t happen overnight, and it will require tough choices along the way. But the debate is settled. Climate change is a fact.”

Now, as the global community descends on Glasgow, the world eagerly awaits the outcome, hoping for commitments that the private and public sectors can expand upon.

Read next: Climate change documentaries that will shock and inspire you to save the planet