Corporate tax storm: Why ABC management was right to vet the Alberici articles

Emma Alberici’s articles contravened ABC policy, and here’s why it was right to remove and edit them, writes David Walker. 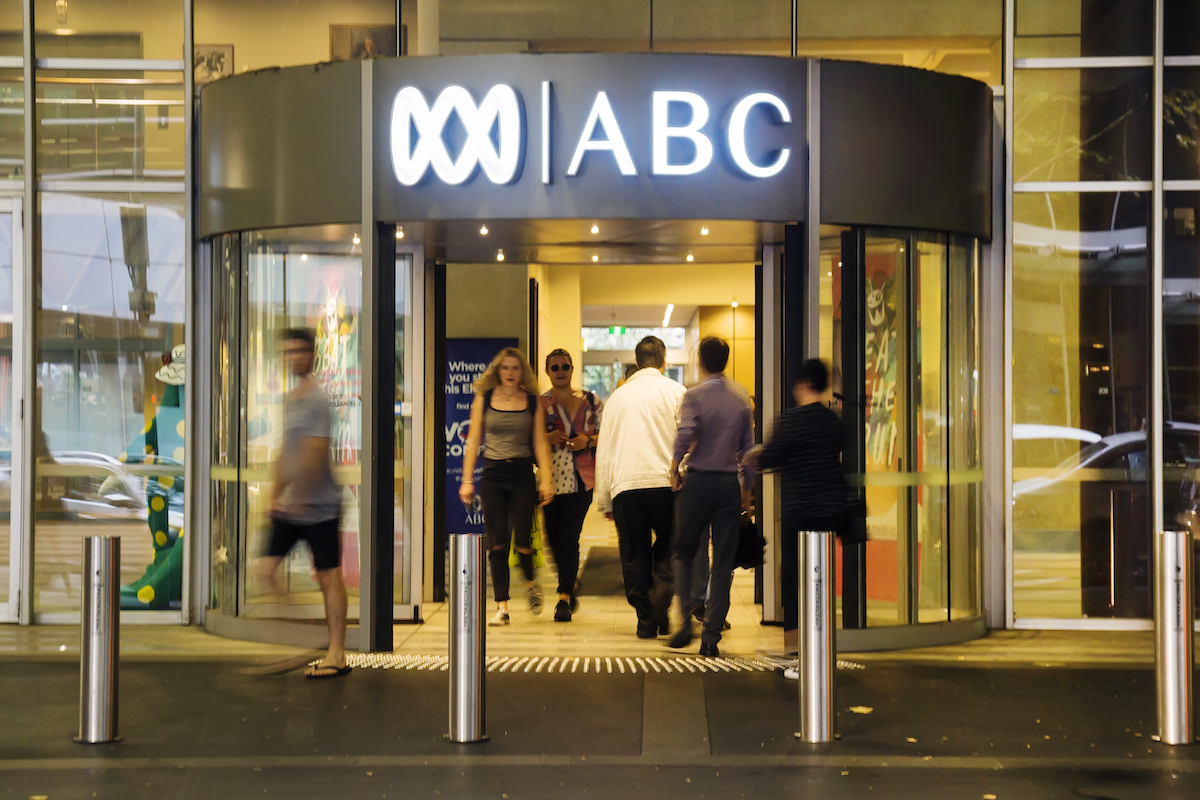 Last week, one of the ABC’s most senior correspondents, Emma Alberici, wrote two articles on the government’s planned corporate tax cuts – a news item and an analysis piece alongside it. It went badly: the ABC pulled the analysis piece and rewrote the news article.

Before they did, the Prime Minister complained loudly about Alberici’s work in Parliament, so there’s the natural suspicion that the changes were a direct result of the PM’s political pressure. The ABC says it made the changes solely because the work did not meet its editorial standards. 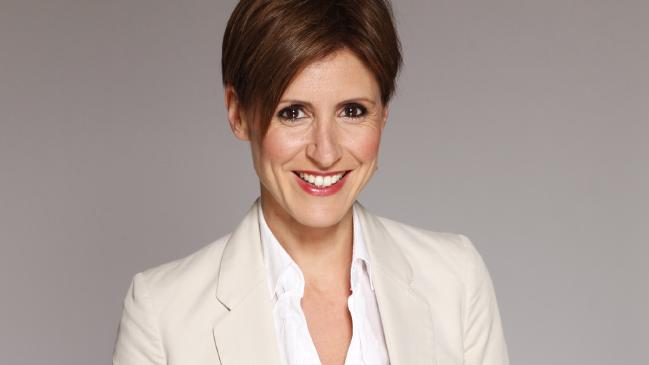 The result has been a great deal of outrage: a little corner of Twitter is echoing to cries of politicisation, censorship and shooting the messenger. If the corporate tax system is corrupt and the PM is dictating the ABC’s editorial line, the outrage would be appropriate.

If the corporate tax system is corrupt and the PM is dictating the ABC’s editorial line, the outrage would be appropriate.

The case against outrage

Here’s a slightly different take: the ABC has been giving some of its correspondents a broad licence to state their opinions, especially online, and sometimes they take it further than ABC guidelines permit.

This is one of those cases. ABC management did the right thing. The Alberici pieces contain several highly questionable passages, both on the case for corporate tax cuts, and on the way the tax laws are written and administered.

“There’s no case for a corporate tax cut when one in five of Australia’s top companies don’t pay it”.

This headline on the analysis piece was probably not written by Alberici. But it’s pretty poor. There is in fact a case for a corporate tax cut – not an overwhelming one, but one that a substantial proportion of the world’s leading experts on the issue, from Greg Mankiw to Lawrence Summers to Ken Henry, support in one form or another. (We’ll get to the “top companies don’t pay it” statement below.)

“There is no compelling evidence that giving the country’s biggest companies a tax cut sees that money passed on to workers in the form of higher wages.”

This is the opening of Alberici’s analysis piece, and it’s both true and potentially misleading. There’s no compelling evidence for a lot of economic policy moves; governments take their best guess a lot of the time. And virtually no-one is saying that all of the proceeds of a corporate tax cut would go to workers.

There is, however, a legitimate debate about the ‘tax incidence’ of corporate tax cuts – that is, the proportion that would end up in workers’ hands. One of Australia’s most respected economists, John Freebairn, has suggested more than half would end up in workers’ hands. This is a central issue in the corporate tax debate, yet the analysis article does not acknowledge the debate at all.

“Treasury modelling relies on theories that belie the reality that’s playing out around the world.”

Because reality does not come with policy instructions attached, any statement about how the economy works has some theory embedded in it, stated or unstated. Unfortunately, Alberici leaves her own theory unstated.

“It’s also disingenuous to talk about a 30% rate when so few companies pay anything like that thanks to tax legislation that allows them to avoid paying corporate tax.”

Here we get to the nub of the problem: the claim that the system allows some companies to avoid paying corporate income tax in particular years. The claim appears in Alberici’s now-removed analysis piece, but in more detail in her original news article and even her re-edited article. And the example she uses at length in both pieces is, of all companies, Qantas.

The Qantas example seems so notably ill-chosen because the world airline industry is famously unprofitable. Qantas has enormous reported losses from a tough period between 2010 and 2015, when it never paid a dividend and reported a 2014 loss of A$2.84 billion.

Accounting and tax numbers will differ, but Qantas clearly sustained large tax losses during this period as well. Alberici’s criticism only makes sense if she is arguing there is something wrong with accumulating tax losses at all.

We’re five paragraphs into the analysis piece and already we have a heap of questions. But the original news piece has perhaps the most troublesome elements of the whole story.

“Despite generating income of $106.4 billion, the flying kangaroo has avoided paying tax on that bounty since 2009… ”.

This sentence was excised from the news story, and no wonder: it’s bizarre, for two reasons.

First, in the context of a discussion about corporate income tax, “income” naturally suggests profit. As the Australian Tax Office quickly confirmed, “corporate income tax is payable on profits”. Profit is your revenue minus all the costs of running the business – staff, equipment, fuel, aircraft leasing and depreciation, loan interest, tiny packets of crackers, and so on.

Yet Alberici’s A$106 billion “income” figure must represent not profit but revenue for some period – because Qantas’s reported profit for the 2010 to 2016 financial years was non-existent. Add up all Qantas results for those years, and you find a A$283 million loss. Worse, the original news piece goes on to compare tax to revenue not just for Qantas but for 48 other companies as well.

Second, the term “avoided paying tax” has a specific meaning in tax discussions: structuring your affairs to legally minimise its tax liability. Yet it seems likely that by far the biggest influence Qantas’s tax bill has had has been simply losing money.

The case for ABC management

From one perspective, this is a storm in a teacup: two articles that have sparked a tweetstorm and a parliamentary question. Calls for Alberici’s head are unwarranted.

Yet the episode is not trivial either: the ABC’s senior economic correspondent seems to be suggesting not only that a government policy is wildly at odds with any economic reasoning, but also that either Australia’s corporate tax laws are profoundly wrong, or they have been spectacularly maladministered by successive governments and the ATO. None of these claims seems proved, yet large numbers of people believe she has been unfairly censored.

I’ve followed the corporate tax debate pretty closely over the past 12 years, including commissioning a substantial CEDA report by economist Nick Gruen on the topic. I can see decent arguments for and against a corporate tax cut, and for crafting any cut with an eye to the workings of foreign tax regimens. I have also written in this column about the good reasons not to cut corporate taxes right now, when we’re fighting a hefty Budget deficit.

And I can understand why ABC management might have looked at the Alberici articles and decided they had a problem on their hands.

The Alberici pieces contain a great deal with which I agree. However, the analysis piece also contains statements that make it clear she is advocating a particular stance. And in building her case, she has made statements in both articles which seem odd or wrong.

This is fine in private media, but it’s a problem for employees of a publicly funded media organisation. The ABC’s policy on analysis and opinion makes just this point: ABC journalists, even in analysis pieces, cannot campaign. Their analysis work should not pass judgement or sway opinion. “Even specialists should stop short of prescriptive conclusions or overt advocacy of one position over another,” the policy says.

In this case, the policy provides sufficient grounds to justify ABC’s withdrawal of one article and editing of the other.