Commissioner Kenneth Hayne has provided a blueprint – but for another round of renovation, not for ripping the financial structure down and rebuilding it. 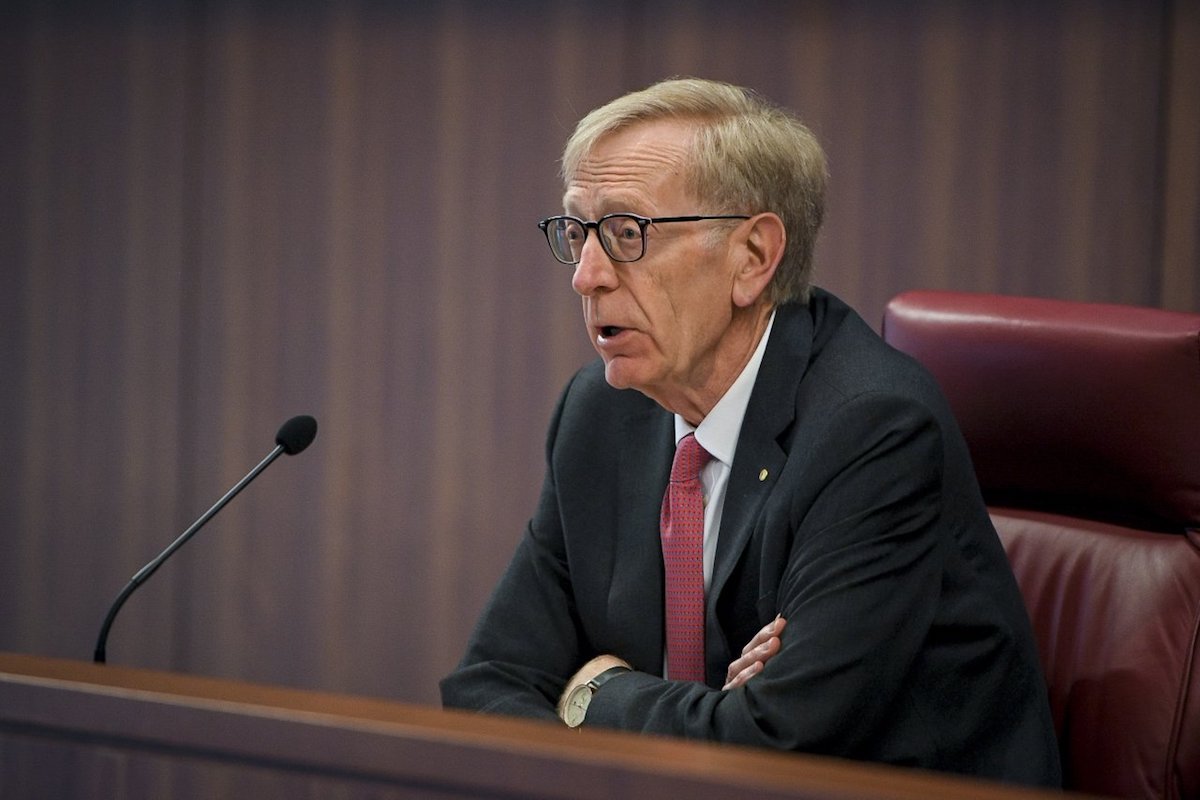 Ken Hayne’s report is actually quite a straightforward document. It’s also less dramatic than most people thought it might be.

For all the reforms at the edges, the report is mostly about a few things – notably, outlawing mortgage brokers’ commissions, and toughening up the regulators.

The past 12 months suggest this is not going to be enough. But it’s more than we got four years ago from the Murray Inquiry.

Right now, brokers sell around half of Australia’s home loans. For doing this, they receive both upfront and trailing commissions from banks and other lenders.

That gives brokers an incentive to get their customers a loan. But the size of the commission can influence brokers’ selection of lender, and of the size and type of the loans.

Customers, meanwhile, hope that the mortgage broker is looking out for their best interests. Sometimes that’s true; often it is not.

Hayne is hoping to drive a new model where the borrower pays a fee instead, and the broker acts “in their best interests”.

What will that mean in practice? It’s not at all clear. Right now, brokers have a whole range of products they don’t recommend because they don’t get paid to recommend them. Will this have to change? If so, the industry could die as soon as legislation is passed.

The government says it will ban trail commissions and other “inappropriate forms of lender-paid commissions” on new loans from July 2020. It will also conduct a review after three years to consider the effects of removing upfront commissions altogether.

Under a Labor government, that could all happen much more quickly.

One of two things will happen sooner or later. The mortgage brokers may talk the politicians into leaving some form of lender payments in place – enough, at least, to keep the industry going. Or politicians will reduce the industry to a shadow of its former self – and most people will need to go straight to a bank for their mortgage.

Neither outcome will worry the banks too much.

The other big change is to the regulators, ASIC (in charge of securities and investments) and APRA (in charge of banks and superannuation). There will be a new regulator of regulators, and regular reviews of both bodies.

The real news, though, is that there are to be far fewer infringement notices and enforceable undertakings; ASIC staff will now need to resort more often to court action. ASIC has wanted to resolve most things by agreement; Hayne wants that to change.

The real challenge here is not addressed by Hayne. Governments have to give ASIC the money to go to court, or nothing will happen. The Coalition will do some of this in the short term, throwing ASIC another A$170 million; in the long term, Labor may make this permanent.

Here’s what won’t happen, despite all the talk: major cultural change in the financial services industry. Nothing in the underlying structure of the industry is requiring that. APRA’s focus on assessing culture has been given a big tick; there’s not yet evidence, though, that it will actually work.

Hayne is scathing about greed, but there’s no reason to think it is suddenly about to become less common. What will happen is a pause, while people reassess. After that, the search for ways to make money out of financial ignorance will continue.

“From today the banking sector must change and change forever,” said Treasurer Josh Frydenberg. He is almost certainly wrong.

The essential problem for Commissioner Hayne was this: most people can’t make sense of finance, and many financial institutions will happily gouge them.

Commissioner Hayne spent most of his time establishing these facts, and not that much time in public considering how to fix the system. He’s come up with most of the same solutions as everyone else: essentially, take out the conflicts, and let the regulators do more.

It’s understandable that he’s not come up with the perfect solution. We’ve been investigating the banking sector for nearly 40 years, since 1981’s Campbell Inquiry. This sort of improvement at the margins is what we usually get.

Our system is not disastrous. The reforms over the years have made it better. Hayne’s reforms will take it another few steps forward.

But we still have financial arrangements that most people don’t understand, being sold to them by people who are happy to just take their money.

Footnote: The Hayne process is wrong

Weirdly, the regulation of Australian finance over the past 40 years has moved forward largely through official inquiries of various types. They have come from accountants (such as Campbell in 1981 and Wallis in 1996), parliamentarians (such as Martin in 1991), bankers (such as Murray in 2014), and now a lawyer, Kenneth Hayne.

Hayne’s inquiry has been more theatrical than any of the others, and less policy-oriented than most. Hayne himself has had barely a year to get across all the intricacies of several industries. His assistants have been mostly legally trained – a contrast with earlier inquiries, which made substantial use of economists.

Given that, Hayne has succeeded spectacularly in one way: he got the government to largely agree with his recommendations, even before it saw them.

But his inquiry remains less serious than most. Its report is ultimately mostly the opinions of a single, inexpert observer. And a Royal Commission remains a poor way to reform a financial sector.