Imposter syndrome affects countless high-performing people around the world. Dr Amantha Imber explores why it occurs and how to curb it to reach your full potential. 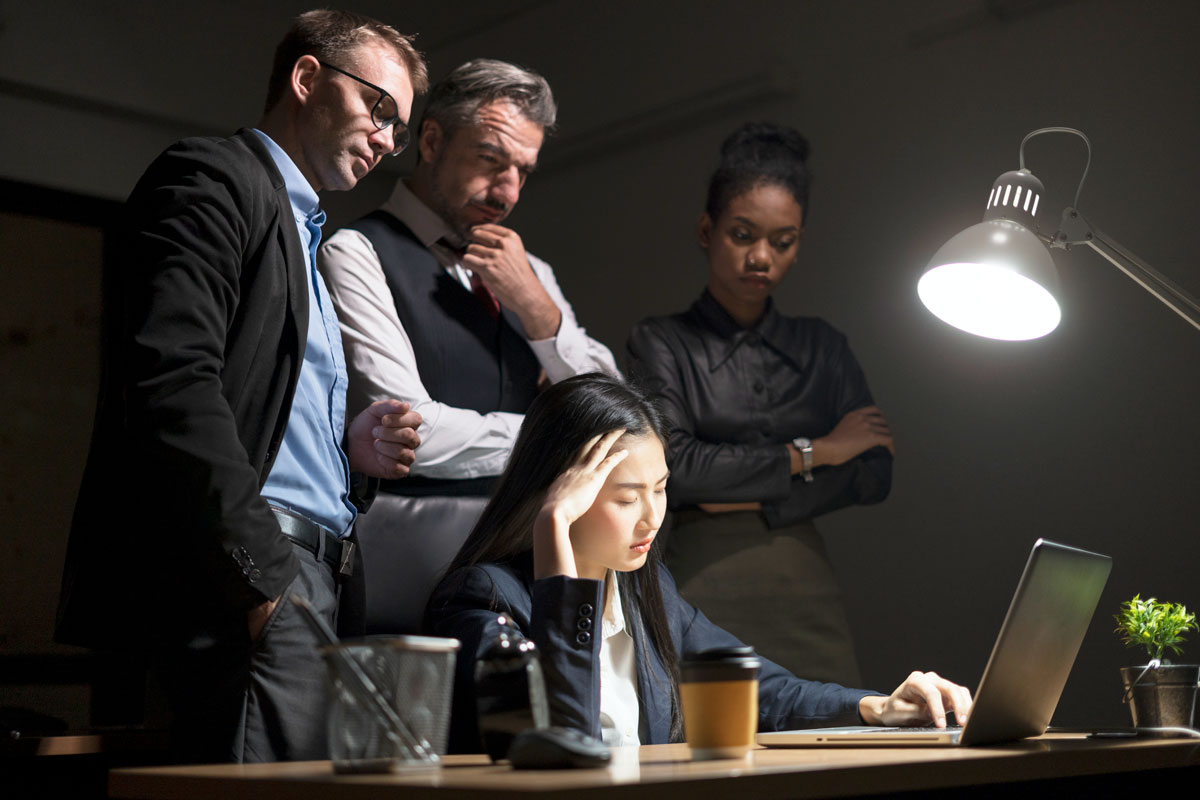 Almost 20 years ago, I received a phone call to tell me I had been accepted into the Doctorate of Organisational Psychology program at Monash University. My first thought upon receiving the call: there must have been an administrative error.

Turns out, there wasn’t. I went on to become the youngest graduate from the program and register as an Organisational Psychologist. But it also turns out that I am not alone in experiencing imposter syndrome – the persistent thought that we are undeserving of our achievements. Scientific research has found that up to 82 per cent of us experience imposter syndrome. The other 18 per cent are probably too scared to admit it.

Through my podcast How I Work where I interview some of the world’s most successful people, I have been shocked at how many of my guests continue to experience imposter syndrome. But unlike many of us, they have figured out ways to channel these feelings into something productive.

When I interviewed Broad City creator, writer, and star Abbi Jacobson, my stomach was doing summersaults. I had been a fan of Abbi’s work for years. I had read that she had a severe case of imposter syndrome during the earlier seasons of Broad City. I was curious whether she still experienced it.

In short, her answer was yes. But here’s the thing. Unlike most of us who interpret nerves and self-doubt as a bad thing, for Abbi, it’s positive.

“I’m happy that I still get very nervous, even if I maybe shouldn’t be. If there ever was a day where I was like, ‘Yeah, I should totally be here’ – I don’t want to be like that. I want to always be looking at myself and questioning where I am right now in my career.”

The next time you experience self-doubt, interpreting those feelings as a motivating force helps you remember there is always room to grow. And instead of shying away from the experience triggering the doubt, deliberately embrace it and remember that it’s only through challenges that we can improve.

Stop trying to be the smartest person in the room

Cyan Ta’eed spent many years feeling like she wasn’t as intelligent, as capable, and as good as everyone thought she was. This was despite the fact that she co-founded Envato, a Melbourne-based technology company worth over one billion dollars.

To overcome her imposter syndrome, Cyan looked for role models – people who oozed an effortless confidence. One of the qualities they had in common is that they never seemed to worry about asking questions that might make them look stupid. “And I always worried about that,” Cyan confessed to me in an interview.

Instead of obsessing on how others will view you, try to remove your self-censorship as it only gets in the way of learning. And chances are, other people in the room want to ask the same question that you are feeling scared to ask for fear of looking stupid.

If you saw Dom Price speak at a conference, you would assume he’s the most confident person in the room. He is very tall and has a booming voice and leads research and development for Atlassian. Yet Dom told me that he experiences imposter syndrome every single day. And for him, it’s a massive intrinsic motivator to listen deeply to feedback.

“It’s ironic that a lot of people see impostor syndrome as a reason to stop listening to negativity, but actually I go seeking it out,” Dom explained. “I got some feedback this morning from an event I spoke at in the US recently. I ignored all the fours and fives out of five and went straight to the ones and twos, because I wanted to know what people hated about it. I can’t learn much from the fives. But I can learn a lot from the twos.”

Start to become aware of when you shut down in the face of negative feedback. Instead, remind yourself that it’s only negative feedback – not positive – that helps you figure out how to grow and improve.

Make friends with your imposter syndrome and stop seeing it as a weakness. The most successful people in the world embrace self-doubt and are not afraid to look stupid. And if you’re avoiding doing something because it makes you nervous, remind yourself that these experiences are the richest ones for helping you learn.

Dr Amantha Imber is the Founder of Inventium, Australia’s leading behavioural science consultancy and the host of How I Work, a podcast about the habits and rituals of the world’s most successful people.

Read next: How the world’s most successful people achieve effortless workflow