Flying used to put us all on a high, but increasingly the experience is a crushing bore. What happened to the golden age of air travel? 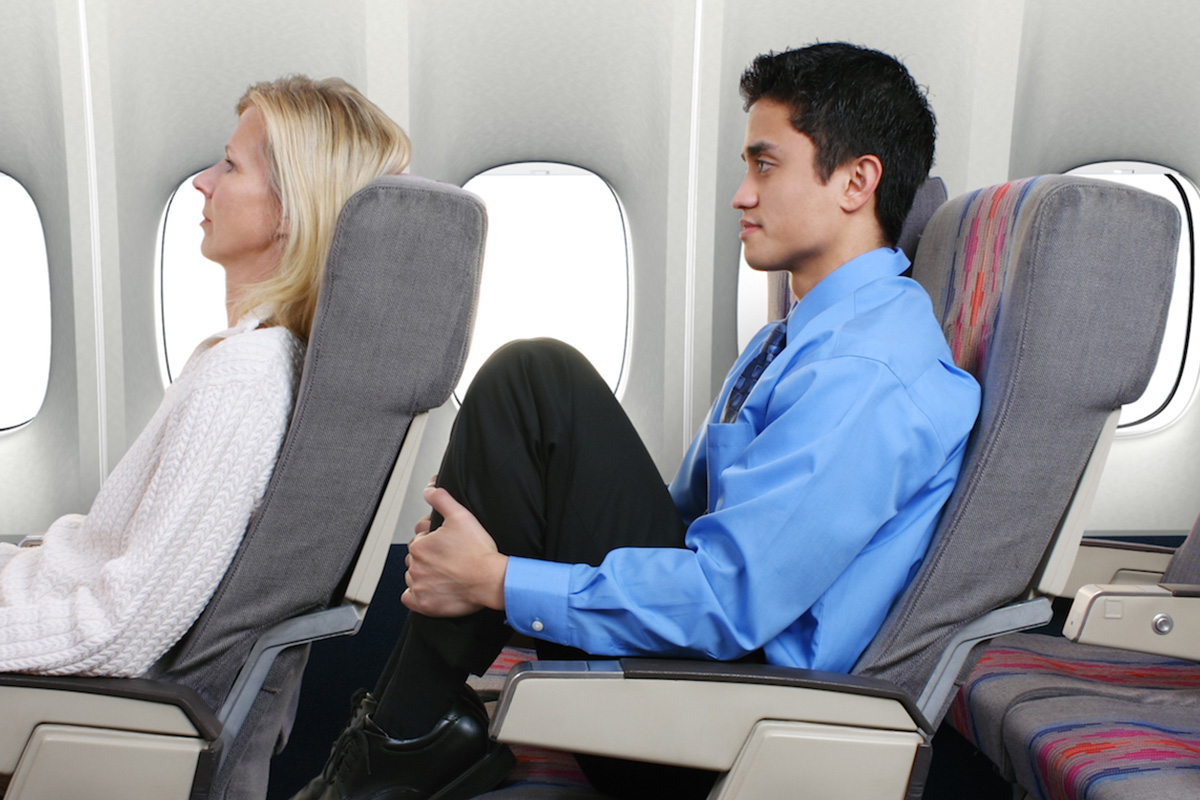 It may seem hard to believe, as you sit scrunched, rumpled and disgruntled in your hard airline seat between two people with aggressive elbows, jiggling knees and garlic breath, but there was a time when flying was fun.

Cast your mind back to being a kid, thrilled by the gut-punch speed of take-off, chuffed to be served a meal in your seat, boggled by the view and blown away by your visit to the cockpit to chat to the pilot.

Or even later, when you set out on the first long-haul overseas adventure without your parents, feeling like a proper grown-up and yet still excited about watching the first-run movies that you could only see on planes back then, long before they arrived in Australian cinemas.

And now think about the last time you flew for work, how shocked you were that bread sticks the size of spaghetti strands are now considered a meal, or by the sky-way robbery of the in-flight menu, or the queues to get on the plane because people bring so much carry-on these days to avoid paying extra for their luggage.

So, is it you that’s changed, or is it the act of travelling by plane?

I’d argue that the joy has been crushed out of the experience in various ways, most obviously when it comes to security, which used to be almost laughably laissez faire before September 11, 2001, at least by comparison. Terrorism has, undeniably, made the airport part of air travel far more painful.

But so has greed, and this is just one of those things that seems to have been on the rise, in various areas of our lives, since the 1990s. In a desperate bid to cut costs and boost profits, airlines have been in a steep dive to the bottom – forcing you to check yourself in rather than providing customer service, replacing free meals with expensive ones, and even charging for things like blankets and pillows.

Then there’s seating pitch – or the distance between two rows of seats – which has shrunk noticeably, even as the size of the average human in the Western world is expanding. In the ‘golden age’ of flying, aka the 1960s, planes like the 707, and even early 747s, offered a seating pitch of 84cm to 91cm, while today the worst offenders offer just 74cm.

Describing the economy experience as ‘cattle class’ has never been more misleading – good luck getting even a calf in there.

Then there are the airports, which hit you – particularly in Australia – with inexplicably large fees for parking, and even for catching a taxi to get the hell away from them, not to mention the various ways they attempt to stab you in the wallet while you’re stuck inside them.

Another large part of what makes the whole thing so unpleasant, of course, is the sheer weight of numbers. The world’s skies are simply a lot more crowded than they used to be. As recently as 2004, some 1.9 billion people worldwide were travelling by plane each year, which sounds like a lot, until you hear that this year the figure will be closer to 4.35 billion. In 1980, it was just 684 million. No wonder it felt a bit more special then.

So it’s not surprising that Europeans get into serious internet debates about whether high-speed trains, or even driving, is a better way to travel between countries.

Sadly, in Australia we’re probably light years away from modern railway and flying from Melbourne to Sydney is so affordable that driving, like the joy of flying, is a thing of the past. Sometimes you have to pay more than money for things that are cheap.