Letting go of the superannuation past

A classic Paul Keating TV performance should not stop us trying to make superannuation better. 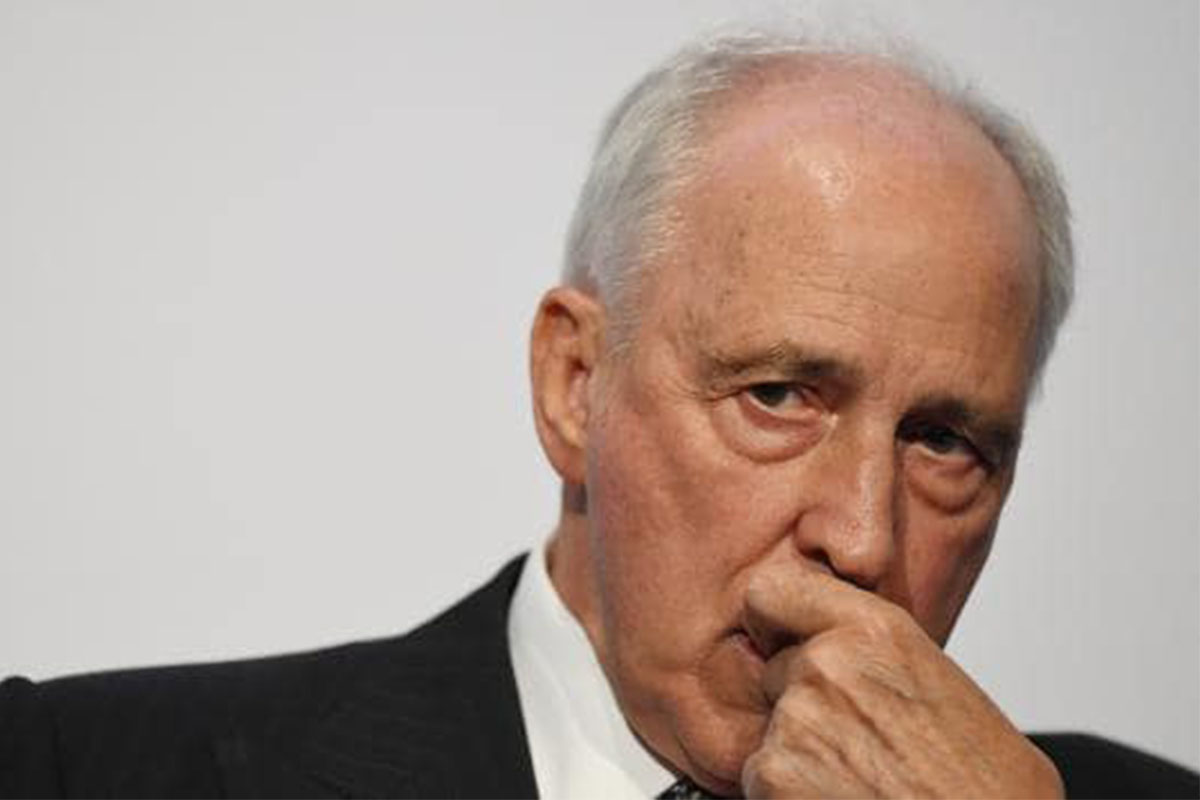 Paul Keating was back on The 7.30 Report this week to talk about superannuation, and for some Australians it was like seeing Paul McCartney playing Beatles hits again: he may be grey now, but he still has it. So cool! So expressive! Not like 2018’s tuneless bunch of hack politicians! Oh, for the Hawke-Keating years! Within hours, interviewer Leigh Sales tweeted admiringly that the old rocker was “taking complex policy ideas and explaining them crisply”.

But though Sales somehow omitted it, Keating was also slagging other people’s new ideas, like some grumpy lead guitarist complaining that These Kids Today Can’t Play.

In his sights was a new superannuation paper by the Grattan Institute CEO, John Daley, and Grattan fellow Brendan Coates. Keating condemned Daley for a “miserable view about having two Australias”, with “ordinary Australians condemned to the pension”. Daley was making “outrageous claims without any basis in fact … basically a nasty polemic”.

Daley deserves respect. In just a decade he has made Grattan Australia’s pre-eminent think-tank. He personally authored Grattan’s Game-changers, perhaps the best public policy paper of the 2010s and one pretty sympathetic to Labor’s policy priorities. He of all people has earned the right to make an argument. So why was Keating suddenly pouring a bucket over him?

For the answer, we have to reach back into history. In the 1980s and early 1990s, Keating and his Labor colleagues really did reshape Australia’s system of old-age payments to have three legs: an age pension, compulsory employer contributions and concessionary taxation of people’s own contributions. That system is widely admired; the Mercer global survey of pension systems regularly ranks it in the world’s top three.

Nevertheless, the system suffers some problems, and Grattan addressed a couple.

For starters, if you’re a low income earner renting in Sydney or Melbourne, you’re going to struggle in retirement, Grattan says. It recommends raising rent assistance to pensioners by 40%, although it’s not obvious that this will shrink the problem that much.

Grattan’s other big conclusion, though, is what seems to have brought Keating back to the fray.

Grattan finds that the Australian super system is throwing up remarkably good results for the majority of wage-earners. If you work for an employer your whole working life, Grattan calculates, you may retire on more than 90% of your pre-retirement income. That’s a big number; the Organisation for Economic Co-operation and Development (OECD) estimates people need just 70% to live comfortably in retirement. Spending declines as you get older, and in Australia the government pays many of your medical bills. If you own your own home, you get a very decent retirement.

Grattan even reckons that with super and the age pension, “many low-income Australians will get a pay rise when they retire”.

Having made these calculations, Grattan suggests scrapping the current law which says compulsory superannuation contributions will rise from 9.5% to 12% by 2025. Better to let people have that money earlier in their lives, Daley and Coates argue. They can spend it on coping a bit better with everyday expenses – important if your income is low – or for education, or for travel while they’re still fit, or whatever. For a lot of people, 3% extra on their income could make a real difference.

Keating clearly takes personally the idea that there might ever be too much superannuation. His televised response to Sales was simply to dismiss the whole idea that people are already accumulating as much super as they’ll need. People live longer now, he said, fund earnings are low, and if we listen to Daley you’ll run out of superannuation and have to “eat your house”.

“Eat your house” is one of those great little linguistic riffs that sends the fans wild. But those who have studied Keating’s work over the years would have recognised it as part of his classic three-step attack plan: quickly mischaracterise an idea, exaggerate its ill-effects colourfully and at length, and call its proponents names as you go.

So Keating implied that Grattan’s work is wrong – but he never engaged, never explained why he believes that so ferociously. He just slagged Daley off for his “nasty polemic”.

He also lambasted Daley for claiming that extra super meant forgoing wage increases. The Financial Review journalist Myriam Robin has since built a convincing case that Keating has been on both sides of this argument at different times – another classic Keating move especially familiar to anyone who followed Australia’s GST debate.

Keating did great things as Australian treasurer, along with his colleagues in the Hawke government, and he did some fine things as prime minister as well. And he continues to be a positive influence on Australian public life. He’s still having a go. On The 7.30 Report, he pointed usefully to the particular needs of a growing group we don’t much talk about – the 85-105s.

But the system he helped build could still use improvement. If that’s going to happen, we need to listen to the John Daleys of this world, no matter how miserable Paul Keating claims their views are.

*David Walker was a member of the Canberra Press Gallery in the 1990s. He really does think that Paul McCartney is the greatest songwriter in history.