What is the best path to pan-African recovery?

Innovation, investment and long-term empowerment will be key to the continent's route out of health and economic crises. Drawing on her knowledge and experience across Africa, Theresa Henshaw, Head of Business Development at United Bank for Africa (UBA) UK, argues that empowering an inclusive and innovative recovery from COVID-19 will be vital for the region’s future prosperity.

“Africa is reeling from the impact of COVID-19, which could reverse 25 years of positive growth. The pandemic has exposed its health vulnerabilities as well as its economic fragility,” Henshaw says. As a third wave takes over the continent, the World Health Organization estimates that nine in 10 African countries will miss the global target for vaccinations, failing to immunise at least 10 per cent of their population by September 2021.

Some 75 per cent of total vaccines distributed worldwide have been administered among just 10 high-income countries, with Africa representing just 1.5 per cent of the 2.1 billion COVID-19 doses globally. Only two per cent of the continent’s population has been vaccinated; that’s 9.4 million people out of over one billion.

“This inequality reveals the failings of the COVAX system (a global pooling of vaccines) from where Africa received only 25 per cent of the 66 million expected doses between February and May 2021 – highlighting not only Africa’s dependencies but its position as a region unlikely to be a priority for manufacturers,” Henshaw states.

“Africa’s route out of its health and economic crises lies in innovation and investment.” – Theresa Henshaw

The lack of regional manufacturing capacity has been worsened by export controls from those states with capacity and that’s a matter of deep concern for countries in Africa. Each month the vaccination program is delayed and misses its target, Africa’s gross domestic product could lose upwards of US$14 billion.

As the Head of Business Development at UBA in the UK, Henshaw emphasises the importance of looking at the core issues to recover in all areas post pandemic. “It is most likely in the best interest of African countries to spend their energy on health infrastructure to prevent future crises from becoming so economically debilitating,” she says. “And it must prevent over-reliance on the West or another single supplier, such as India. All of which are going to take investment.”

Henshaw sees the goal for any country as not being reliant on vaccines or aid from other countries. “Self-sufficiency is entirely possible for the countries of Africa,” she states. “For instance, Afreximbank and the Africa Finance Corporation recently signed an agreement for vaccine manufacturing, allowing Africa to cut its 95 per cent reliance on imports.”

Cooperation with global partners is certainly crucial. The World Bank and the African Union recently agreed to deploy vaccines for 400 million Africans, 60 per cent of the continent’s adult population. “Yet long-term empowerment will only be secure once we can manufacture vaccines within Africa and build hospitals,” Henshaw says. 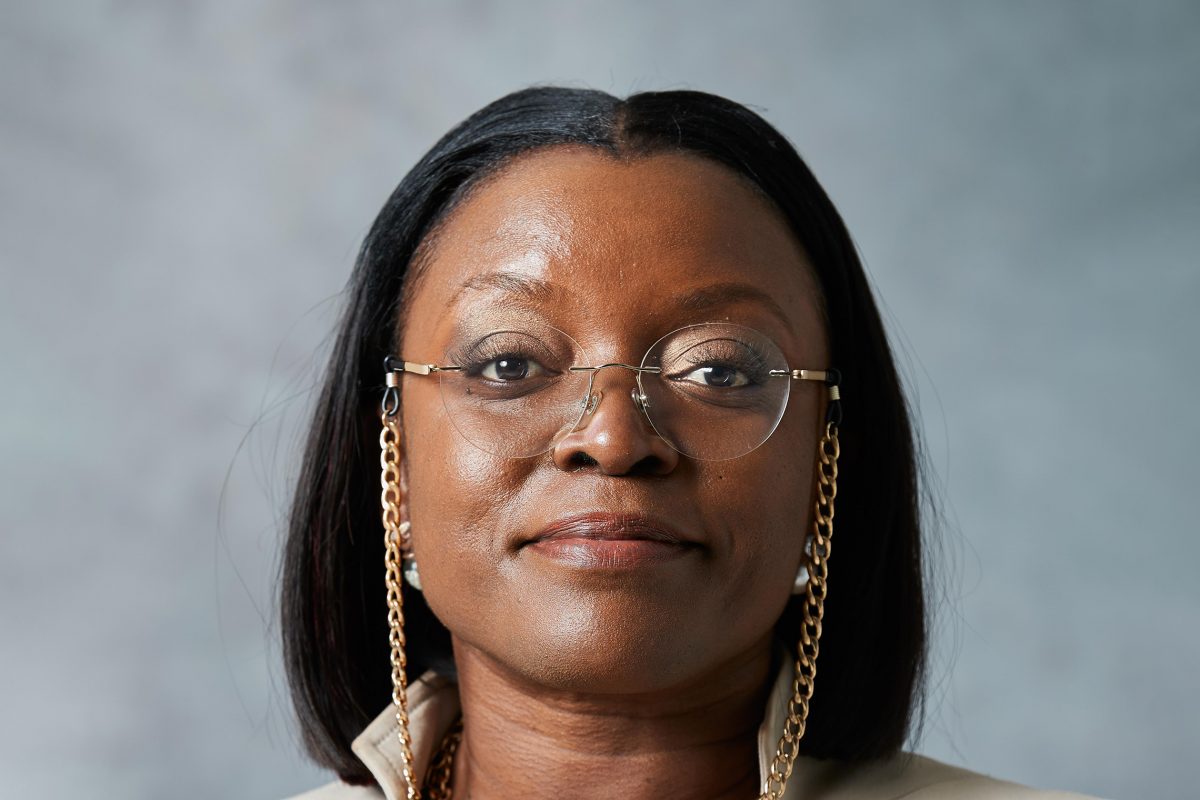 Access to vaccines is just the first step in an inclusive recovery. The World Bank estimates that of every dollar spent on African vaccination schemes, 60 cents will go on logistical and operational costs, which clearly indicates that Africa needs investment in its public health infrastructure, human capital and delivery systems.

Henshaw was aware pre-pandemic that “the region was grappling with decades of underinvestment, fractured economies and slowing growth”, yet she believes “a bottom-up, continent-wide approach of empowerment is critical for an inclusive African recovery”.

A good example is the Alliance for Entrepreneurship. Under its umbrella, the International Finance Corporation will funnel US$2 billion to African small and mid-size enterprises and entrepreneurs who could not otherwise source funding. Similarly, the Tony Elumelu Foundation’s Entrepreneurship Programme is helping empower the growing talented African youth, with 1,000 entrepreneurs chosen to receive world-class training and non-refundable seed capital for their businesses. Other initiatives like the Aliko Dangote Foundation, are helping 20,000 women in 20 rural areas of Nigeria with unconditional micro-grants.

In the longer term, African countries could create a single market of over a billion consumers by implementing the African Continental Free Trade Area. It would help broaden revenue sources, reduce instability in commodity markets and encourage intra-African trade.

In April this year, over 200 global investors channelled US$750 million to African energy and construction projects. McKinsey has identified a further US$550 billion in funds that could be deployed. The international investor community has a significant role to play in Africa’s empowerment.

“Africa is infamously known for higher risk factors, currency volatility and fiscally constrained governments, and that knowledge tends to discourage investors,” Henshaw says. “African partners can de-risk investments that channel financing for projects.” UBA received support from German Investment and Development (a subsidiary of KfW Group) to continue financing SMEs and family-owned businesses in Nigeria. Henshaw believes that cooperating with other financial institutions fosters a safe environment for investment and empowers inclusive growth across 20 African countries.

Meanwhile, Africa’s stark digital gap has been exposed in the pandemic. The continent accounts for barely one per cent of the world’s data centre capacity. And yet Africa is a continent ready for innovation with digitalisation being essential to improving public services, strengthening governance and increasing revenue collection. Investment in digital infrastructure could also create opportunities for a ‘green’ recovery. Just look at Nairobi; they have just built the biggest data centre in East Africa that will be solar-powered.

“Africa’s route out of its health and economic crises lies in innovation and investment,” Henshaw adds. “Its rise in the 21st century was achieved from within, and now, during these unprecedented times, Africa’s crisis response would benefit from harnessing the continent’s immense demography and utilising its abundance of land and resources to generate a truly inclusive, empowered future for all.”