The Alfa Romeo Portsea Polo is about being seen as much as it is seeing, and the connections and conversations that take place during these “not-working” events are priceless. 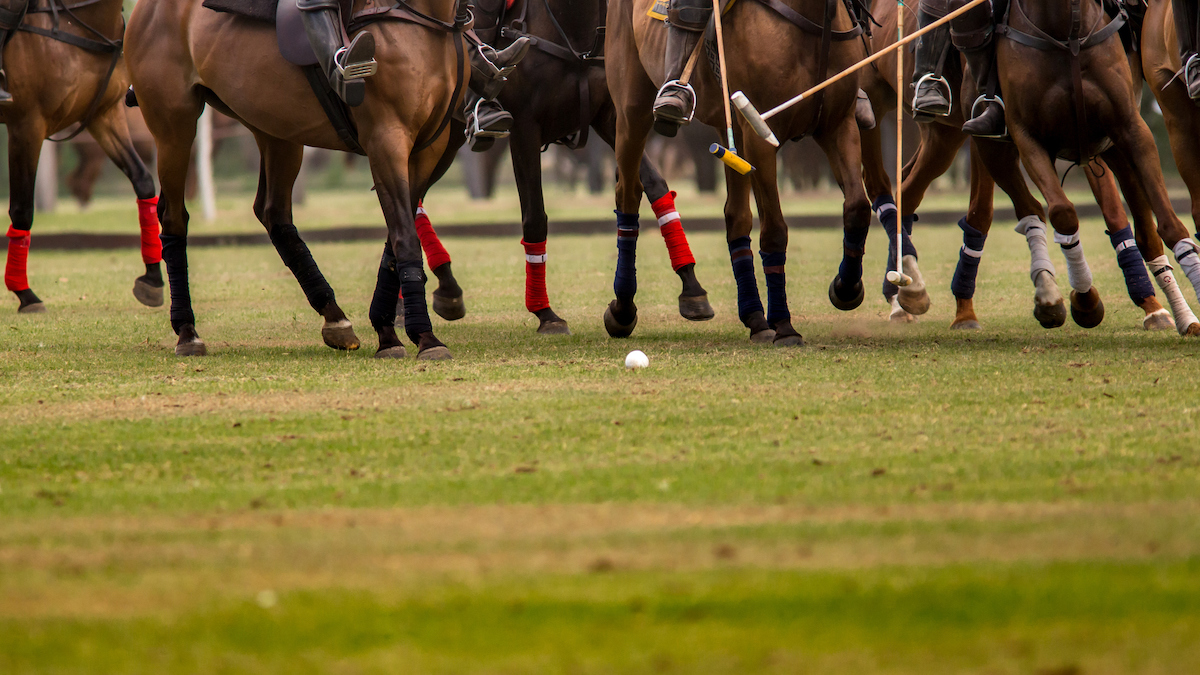 There are some, slightly cruel people who believe that the whole idea of “corporate networking” is merely a spelling mistake. And yet those who make it their mission every year to slink into The Birdcage at Flemington during Spring Carnival, or to go the extra several miles to the Alfa Romeo Portsea Polo, held last weekend, would argue that the connections and conversations that take place during these “not-working” events are priceless.

Even if they do look, to the untrained eye, like a vastly expensive and highly fashionable excuse for a piss-up.

To be fair, the Portsea Polo, which seems to take over the entire Mornington Peninsula for a weekend in January every year, is an entirely more highfalutin event than any mere horse-racing carnival, with far fewer women leaving their high heels, and their reputations, behind in the portaloos at the end of the day. And far fewer people, overall, leaving with their wallets drained by gambling.

Indeed, everything about the polo is different to horse racing. For a start, it seems far more acceptable to take absolutely no interest in the actual horsey action whatsoever. Imagine attending the Melbourne Cup and noticing that almost no one was watching the screens, or the track, while the race itself was taking place.

At the polo, this seems not only acceptable, but de rigueur. This is partly because you can’t bet on the results, which gives no encouragement to the casual or uninformed observer, and partly because the polo itself is such an impenetrable, mystifying and hard-to-watch sport.

We did learn that left-handed people are not allowed to play, but we still can’t understand why, and that it is possible to score half a goal, although no one seems to understand how. Stacking your team with really good players flown in from overseas seems an acceptable tactic, except that it is heavily penalised by a handicap system that sees the best horsemen costing your side goals.

This is hugely confusing when the players are introduced – “Hugh Whittingston-Fearnly-Smythe-Blue-Blood-Many-Hyphens, minus two goals”, comes the call for example. While this makes dear Hugh sound like a liability it actually means that he’s so good, his team has been penalised two goals before he even takes the field.

Strangely fascinating to watch, polo involves something called “chukkas”, which is at least fun to say, and a great tradition where, twice a day, those well-heeled and sockless punters who’ve attended are invited out onto the field to “stomp the divots”.

This is strangely fun to do – you get to flatten out the bits of grass the horses have kicked up – but even better to watch, as glamorously dressed women become hopelessly mired on the field in their heels, attempting to traverse the dusty and sandy surface. Some of them can still be found there, weeks later, seemingly able to survive in their skinny dresses on a diet of oxygen and Instagram alone.

This is, however, where the wheeling and dealing is done, as corporate high flyers and heavy hitters – many of the men clearly enjoying the chance to wear shorts and dress shoes to a corporate event (try that at Flemington and you’ll be laughed out of town) – manage up, down and sideways with clients and colleagues in the middle of the field.

The divot stomping is such an important networking/not-working part of the day because it is the one time that the occupants of all the different sponsored marquees can socialise in the one spot, regardless of their wristbands.

Where the work gradually turns to partying as the day goes on, of course, is in those private suites, the most spectacular and star-studded of which is the Alfa Romeo one (naming rights equal bragging rights and best sites). The amount of shoulder-rubbing deal-doing here has to be seen, and heard, to be believed, and if you haven’t dropped a “Chamonix” or an “Aspen, darling” into conversation before lunchtime, you’re just not going to cut it.

It’s also necessary, of course, to bring your best Instagram game, as a snap with your choice of this year’s top faces – Julie Bishop, Asher Keddie, Andy Lee or Bec Judd – would all be brag-worthy.

The Alfa Romeo Portsea Polo is a wonderful day of people watching, of course (with a stray polo pony or two thrown in), but it’s about being seen as much as it is seeing.