Why Bill Shorten is talking about wages

There’s probably no easy answer to the problem of Australian wages. But voters might credit Bill Shorten for asking the question. 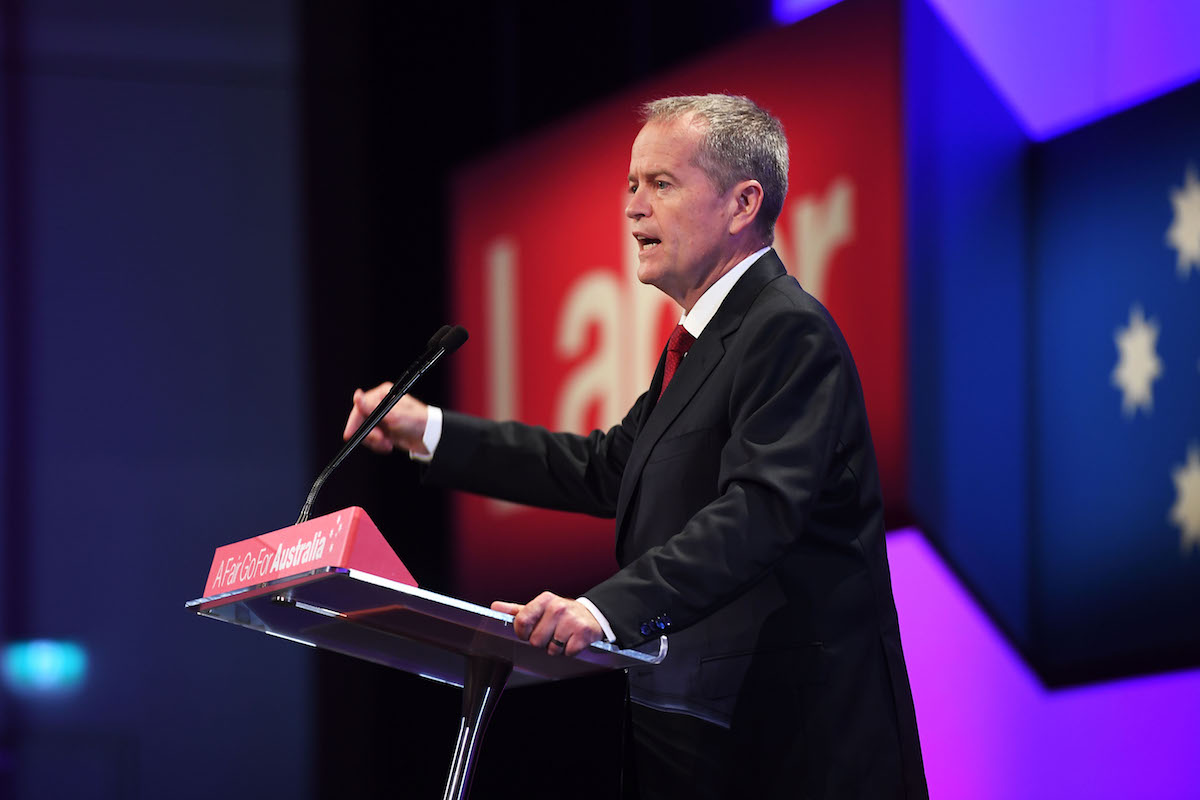 Australian Opposition Leader Bill Shorten’s greatest political weapon may be his uncanny ability to choose only the battlegrounds where he can win. Last week he stepped up his fight over wages – and that decision looks typically smart.

The whole Australian economy is looking a bit seedy, of course. Labor talks of last week’s national accounts as having caused a “per capita recession”, since economic growth has spent two quarters below the population growth rate.

But wages were looking sick even before that. The slow growth of recent months is a slightly worse version of the slow wages growth that has gone on for several years.

Australian unemployment is now at 5.0% which is a pretty decent number. You might think wages growth would be picking up. It isn’t, and that’s an economic puzzle. This has been a common pattern in western economies, but it has been particularly notable in Australia. The most likely reasons are trade and technology. 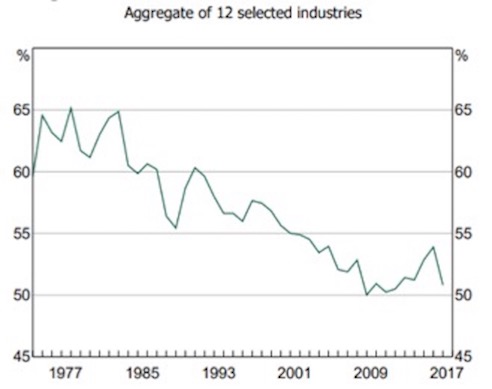 Shorten has started talking about what we can do to boost wages. He now says the upcoming federal election will be a “referendum on wages”.

Labour finance spokesman Jim Chalmers has mentioned other measures – restoring Sunday penalty rates, cracking down on sham contracting and dodgy visas, measures on labour hire firms – but they don’t look all that significant by comparison.

The trouble with minimum wages

Here’s the problem with Shorten’s minimum wage idea: Australia already has pretty much the world’s highest minimum wage, as the OECD graphic below shows.

Make something expensive enough, and people will usually buy less of it. But how much does that apply to the labour market? Would a $1 or $2-an-hour rise in the minimum wage cause employers to hire less minimum-wage workers?

No-one knows for sure, and the whole issue is the subject of a huge, ongoing global economic debate.

But the best Australian research (as I pointed out in a column last year) suggests that a 1.0% increase in the minimum wage could be expected to cut employment by between 0.15% and 0.39%. That means even a A$0.50-cent minimum wage rise could cut Australian jobs by 60,000 or more. That’s a non-trivial number. If this research is right, bigger rises would presumably cause even more unemployment.

Labor may have a hard time attacking this research, because it comes from their own assistant treasurer, Andrew Leigh – a very smart and widely admired economist before he entered the national parliament.

The problem that won’t go away

Yet raising the minimum wage doesn’t look like a convincing measure to fight low wages growth. It would not raise most people’s wages (and even some researchers who support raising minimum wages say they’re probably not a very good tool for reducing inequality).

One missing piece of information is whether Shorten has anything else in mind for moving wages.

The Fair Wage Commission now has a lot of pro-employer members, and union membership has fallen from 40% of the workforce in 1990 to less than 15% today, so an edict there is unlikely to move the dial immediately on wages. But over time, Shorten might want to use that as a vehicle for dragging wages up.

Or he might not. His record is that of an economic moderate. He might want to keep his wording vague while picking up votes and union loyalty.

But either way, Australian wages really are too big an issue to ignore.