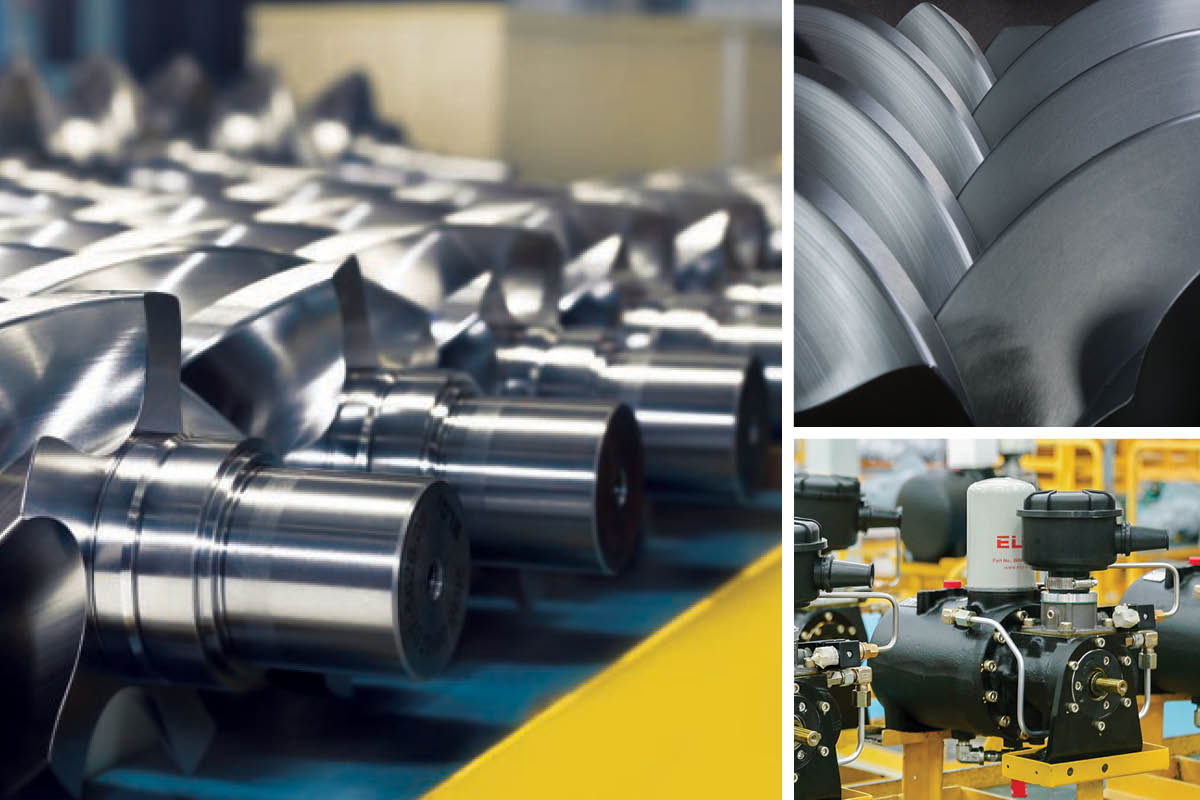 You could say Jairam Varadaraj wrote the book on the competitiveness of Indian businesses globally. It wouldn’t be far from the truth, as he did his dissertation on this now-hot topic while completing his PhD at the University of Michigan Business School.

As Managing Director of compressor manufacturer Elgi Equipments Limited (ELGi), he continues to grapple with the challenges of globalising an Indian company as he leads it to a prominent multimarket position on the world stage.

After gaining a commerce degree and an MBA in marketing, Jairam’s work on the billion-dollar question of how Indian firms could thrive in a global market led him to ELGi in 1994. He has been with the company ever since, having progressed to the managing director role in 2006.

Jairam notes that competition coming from international businesses has been a key challenge in recent times. Throughout the 90s, the country embarked on a widespread and unprecedented deregulation scheme, which facilitated foreign investment, slashed previously prohibitive tariffs, and broke up public monopolies.

“India changed a lot. It opened up, and ELGi had to respond,” Jairam recalls. “At that time, we had about eight or nine different portfolio products. We were operating in a well-protected market in India and we could sustain our business because of that. 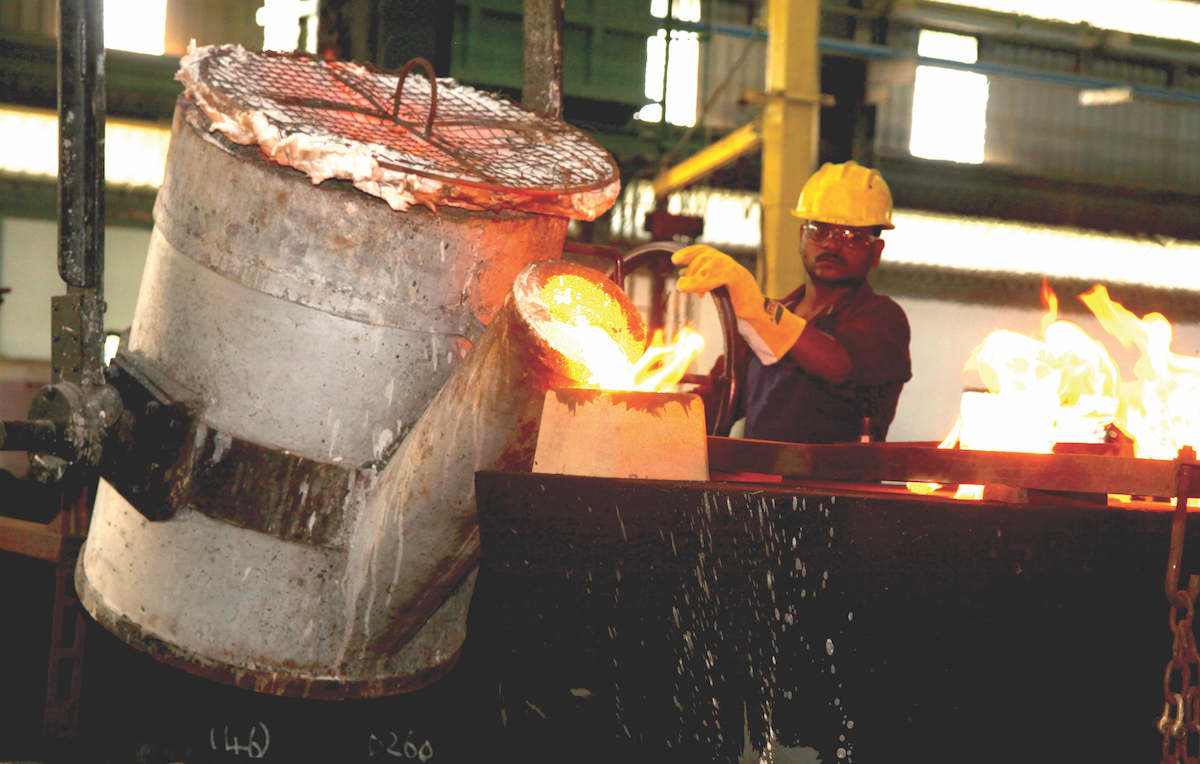 “When the barriers were dismantled, we could see that the competitive intensity across all the products was increasing and we anticipated it would become even more competitive. So we had to step back and evaluate our options. What became clear was that we could no longer straddle eight or nine businesses; we had to make certain strategic choices.”

The choices ELGi landed on were focusing on compressors and automotive equipment. All other businesses were either shut down or sold. Many of these businesses had been thriving and contributing significantly to both the company’s top and bottom lines. This made the decision to divest them an agonising one, but, Jairam says, ELGi’s move to specialisation has been a major contributor to its current success.

At the time, ELGi was heavily reliant on licensing from European and North American companies to build its Indian products. But this arrangement made it “a slave to technology” and many of its licensing partners began moving away from licensing to starting their own operations in India. ELGi had no choice but to completely rebuild its compressors operation if it wanted to be globally competitive, including developing its own technology.

The company then had to cast a critical eye on its remaining product line. “In terms of compressors, we had got by with mediocre technology, old-generation technology, processes and quality levels because we had operated in a protected market,” Jairam recalls. “On the manufacturing side, our processes were quite basic and, in some cases, negative and very primitive.”

We had got by with mediocre technology, processes and quality levels because we had operated in a protected market.

Honestly assessing these shortcomings allowed ELGi to thoroughly review and rework its manufacturing processes. Jairam says the result was to invest in better equipment which, in turn, heightened the company’s overall quality standards.

“Not just know-how but also know-why”

ELGi also made the decision that having five factories and around 2,800 staff for a domestic operation was unsustainable. India made up only around 3% of the global market for compressors at the time, so a decision was made to have a more international focus.

“To compete with all the companies that we anticipated would enter India, we had to build not just know-how but also know-why,” Jairam explains. “You might get a set of drawings that tell you how to build a product; that’s know-how. The know-why is knowing why the drawing has been made in a particular way, why that particular material was chosen, why the tolerances are a certain way.

“Knowing why is foundational because it gives you the ability to build the next state-of-the-art part. Know-how only takes you so far; it only tells you how to make the current part. Developing know-why was the only way we could remain sustainable and keep up to date on the technology side.”

ELGi is now investing heavily in the know-why side of the equation, with more than 160 staff worldwide engaged in research and development. Staff are encouraged to innovate, push boundaries, and look for improvements in productivity and energy usage. Jairam is quick to point out that the canny decision to change focus was completely dependent on the staff buy-in.

“My role has been to make certain choices in direction. The credit for executing and getting the results really belongs to the whole team. It has to be clearly stated that I’m a single cog in the wheel of what we have done so far.”

As ELGi has sought to broaden its international footprint, it has had to overcome negative connotations attached to the ‘Made in India’ tag, Jairam says. “Being an unknown brand and carrying the ‘Made in India’ label isn’t very conducive for a consumer to take a risk on buying our product when we go into these developed markets.”

The strategy is to grow in India … and embark on adventures to build markets outside the country.

Rather than downplaying its Indian origins or neglecting the nation that still accounts for half its total sales, Jairam says, ELGi will seek to leverage its domestic success. “We will continue to protect India and grow the Indian market. India is on the cusp of great vibrancy. Fundamentally, the strategy is to grow in India, and use these resources to embark on adventures to build markets outside the country. That’s the key that is driving a lot of the processes within the organisation.”

Ever the realist, Jairam says expansion into North America and Europe was initially slow. “The gestation time for a company like us is longer than that for a company with a known brand from a country with a reputation for quality,” he says. ELGi has also retooled its initial strategy around growth, as customers didn’t respond positively to an unknown company suddenly offering products it had not been associated with before.

With these lessons now learned and a few years of experience gained, Jairam says Elgi Equipments Limited is starting to see some traction in these developed markets. He believes the company was initially held back by difficulties in finding the right staff, and may have also set its expectations too high.

Now it is focused on building market share through more targeted inorganic growth, particularly through the acquisition of distribution networks and assembly plants, as well as sheer hard work. “It’s a matter of us sustaining and persevering through these markets; this is the challenge,” he says. “It’s really about doing the fundamentals of the business over and over again, without giving up or losing hope.”

Jairam has full confidence that forthcoming additions to ELGi’s product range will drive sustained growth. “Some of the new products are already being rolled out to the market, but we will roll out the full range over one and a half years and, at the end of that period, our products will be the best in the world. The other key initiative we’re on the cusp of launching is a new technology that will fundamentally change the value proposition for customers buying a compressor.”

The overall prospects for the air-compressor market are extremely healthy, with some projections that the market will be worth US$37 billion by 2022, an increase of 24% since 2010. Compressors are necessary across a range of industries, and ELGi’s wide product portfolio, with more than 400 variations, has it well-placed to offer complete compressed-air solutions and tap into this anticipated growth.

Reliability is the watchword

While many companies boldly announce their ambition is to become the global leader in their field, ELGi is focused on the pragmatic, though still lofty goal, of moving up a few places from its seventh ranking in terms of international compressor market share. 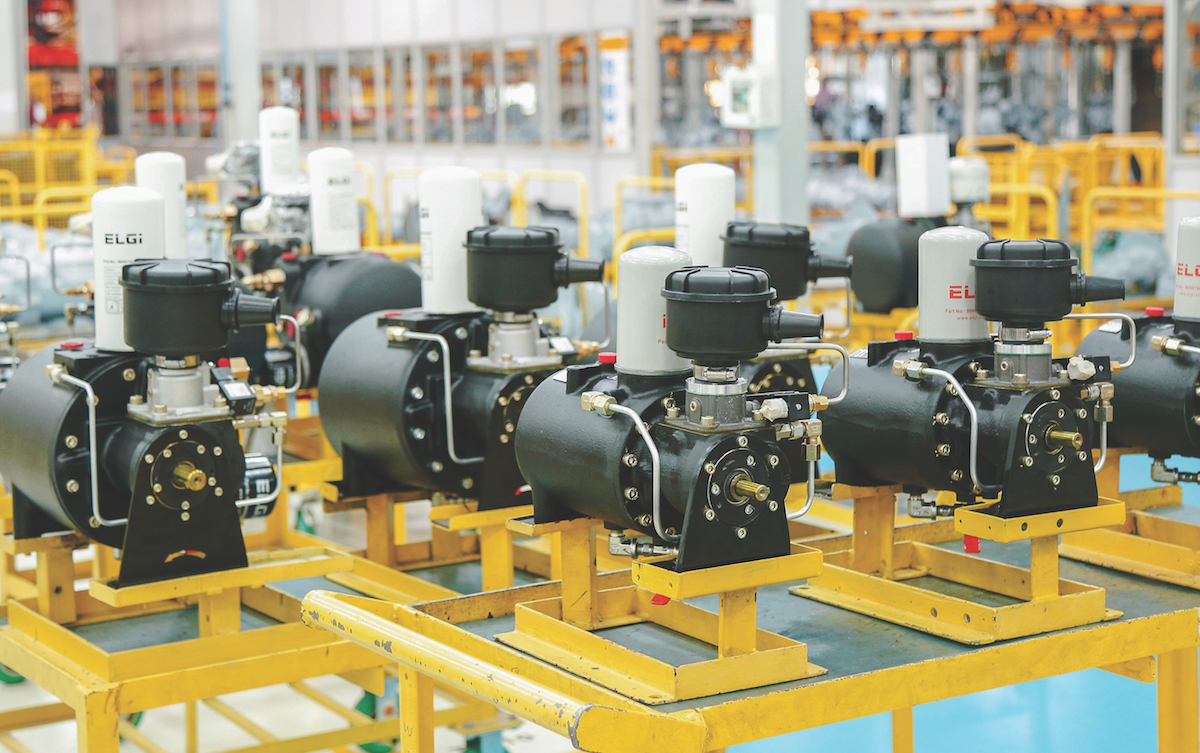 “We have defined our aim as CK2, which stands for ‘Conquer K2’. K2 is the second-tallest mountain in the world and the most difficult to climb, and that’s reflective of our aspiration.”

In pursuit of this goal, which would see it behind only the market leader, Atlas Copco, ELGi has made reliability a watchword. It adheres to a non-negotiable rule of not being late on supplier payments under any circumstances. “We take that rule very seriously and review it every month, and we will not tolerate any deficiencies,” says Jairam.

The company has introduced ageing for payments it owes as well as for accounts receivable, a demonstration of how seriously it takes the issue of reliability. The initiative is already showing results – more than 98% of supplier payments are made on time, and the maximum delay for the remaining payments is just three days.

Despite being the kind of B2B operation that typically eschews conventional brand-building techniques, ELGi has recently reworked its visual presentation, aiming to improve its visibility. It is also investing heavily in internal training, believing Indian educational institutions are too under-resourced to provide the kind of skilled graduates it needs.

Jairam says staff remain motivated by the company’s long-term project of building a true multinational from its base in India.

“What that means to us is not just being able to say we do business in 150 countries or 200 countries,” Jairam explains. “For us, a multinational is a company that is completely agnostic about the competitive advantages of any specific country.”

For us, a multinational is a company that is completely agnostic about the competitive advantages of any specific country.

Part of this philosophy, Jairam explains, is refusing to engage in a race to the bottom or to use cheap labour as a selling point. “We don’t want to build a multinational that is founded on the concept of Indians being cheap. Today, if you look at almost every company in India, their competitive advantage is low labour costs. That goes against the grain of every human being’s aspiration, as every human being comes to work to improve their standard of living, and what they earn is a big part of that.

“A company cannot sustain itself in the long-term, and, in a global context, if its entire strategy is built on something that’s completely contrary to why people come to work.

“We want to find a way where we can produce a product that is competitive even while it is expensive. At a foundational level, this is what excites us.”