The cautionary and inspirational story of how LEGO rebuilt itself

How the toy titan went from the verge of bankruptcy to being named the world’s most powerful brand in just 12 years. 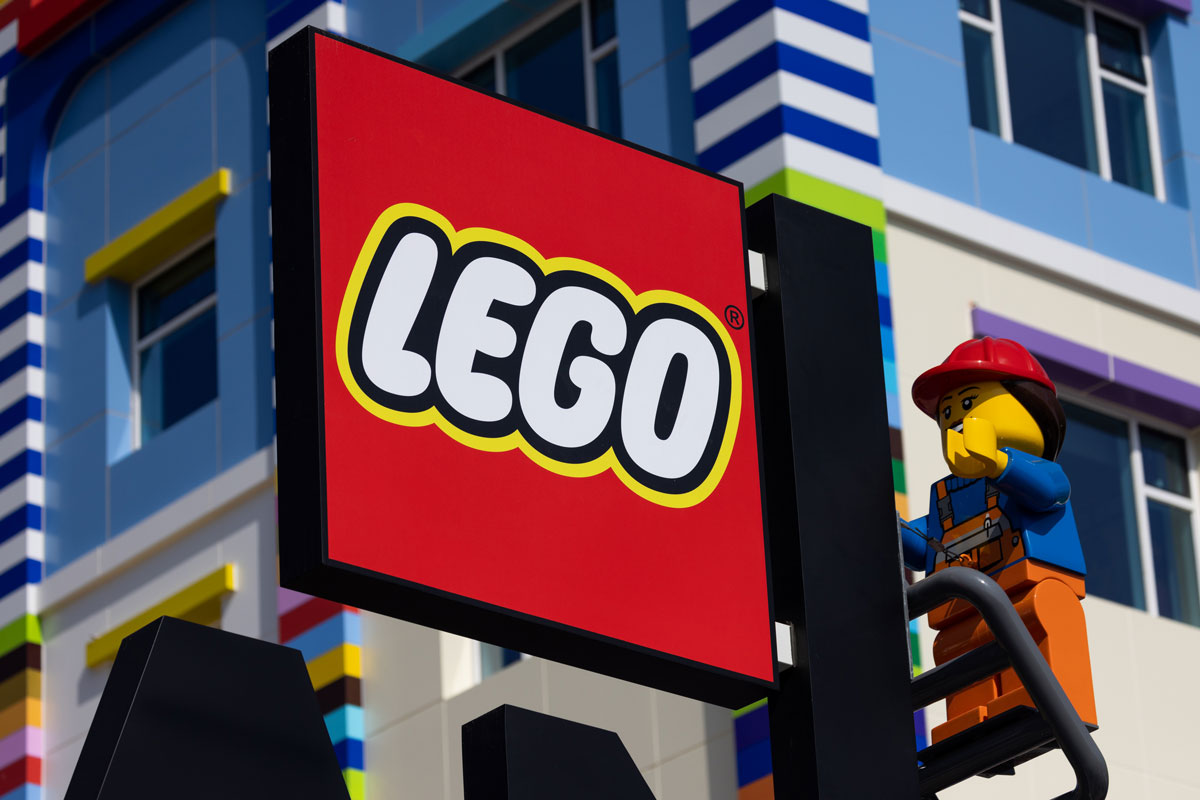 LEGO is the world’s biggest toy company, with a market value exceeding US$9 billion and seven toy brick sets passing through the world’s checkouts every single second – that’s 600,000 every day. In 2021, a group of international business researchers found that investing in LEGO was more lucrative than gold, stocks, art or wine.

However, in the over 100 years since its Danish Founder, Ole Kirk Christiansen, opened his first woodworking shop, the company has been built up and fallen to pieces more times than one of its Millennium Falcon replica models.

Among financial analysts, it has also become a textbook example of how a failing, mature brand can revitalise its fortunes and become relevant for a new generation. In fact, there are lessons every business can learn from its spectacular missteps and incredible triumphs. 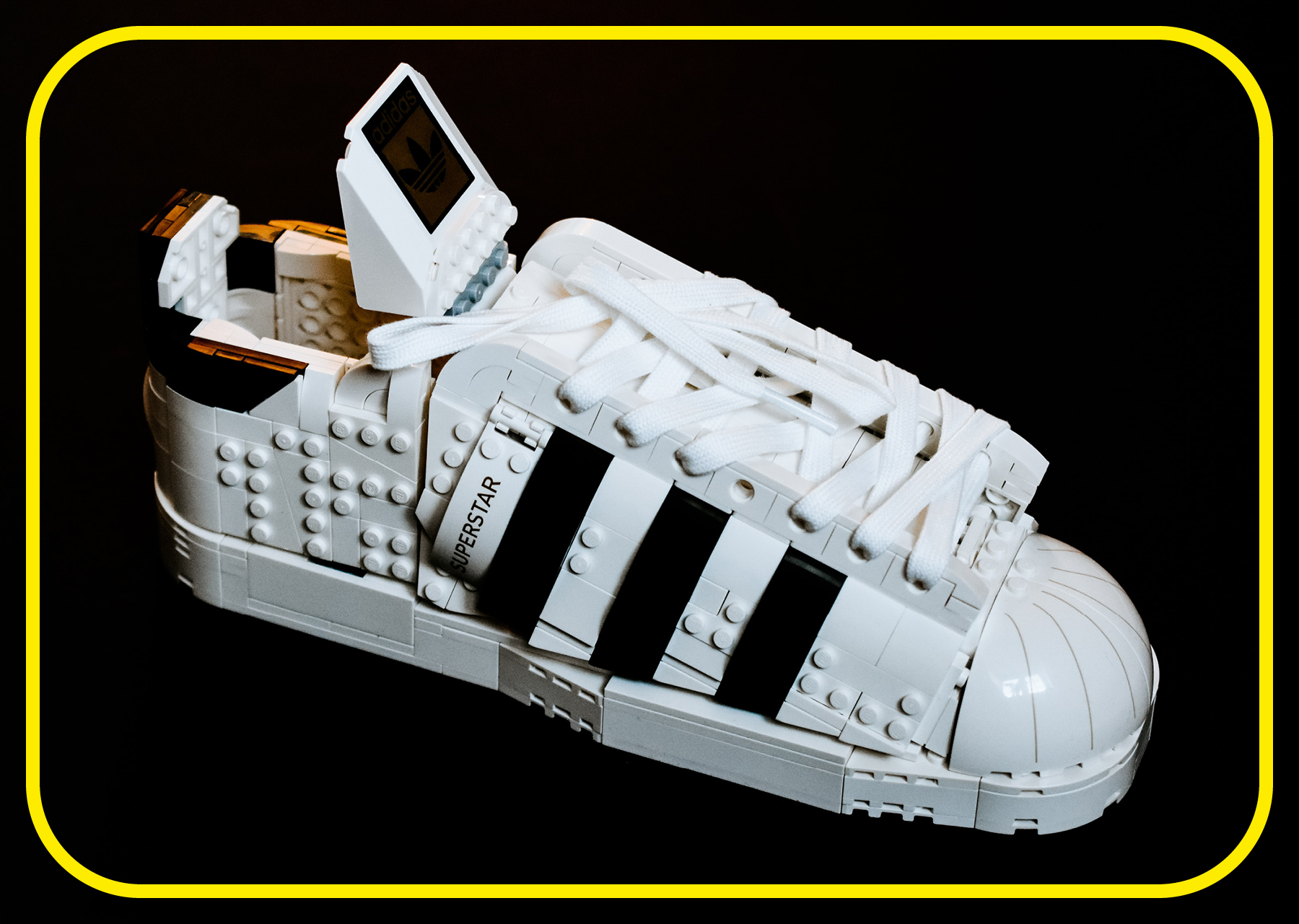 Christiansen’s business didn’t exactly get off to a promising start. Both his shop and family home in Billund, South Jutland burned down and when he invested in new premises, he had few customers and slipped into bankruptcy.

Undeterred, he continued carving yo-yos, pull-along animals and small, wooden bricks until the war when, once again, his workshop was burned down, this time by the occupying Nazis.

Two business principles kept him going – a passionate belief that despite sales evidence to the contrary, children would love the interlocking bricks and an ability to see new possibilities.

In his case, the possibility he saw in 1947, after decades of working with wood, was plastic. The LEGO brick was born and, when Christiansen died in 1958, his son took over the hugely successful company.

Even when the company completed its hat-trick of fires and lost its warehouse two years later, nothing could stop the momentum. Children did indeed like building up bricks. A lot.

In the late 1970s, Kjeld Kirk Kristiansen, became the third generation of his family to run the business and revolutionised its approach. He introduced the Technic brand aimed at older kids, action sets with mini figures and more elaborate and ambitious models.

MIT’s Beth Stackpole identified three of LEGO’s successful tactics that, she says, any mature brand can utilise: respect what made you great; listen to your core customers; and utilise a range of innovation approaches.

“Through trial and error and a number of failed digital-only initiatives, LEGO discovered customers wanted digital experiences that complemented core offerings rather than replaced them. Centring innovation around the brick-based construction experience through new stories, games and experiences is what drove customers back to the LEGO brand and returned the company to profitability.”

During the following 15 years, the company doubled in size three times and became one of the world’s top 10 toy manufacturers. But the carefree brick-meisters were about to hit a brick wall.

Cheaper copycat products and the rise of computer games in the 1990s unnerved the senior management, who knee-jerked into making the humble LEGO sets flashier and more electronic. Action figures, fashion lines and jewellery were launched and the sets of bricks had new-fangled components, motors, lights and sound effects.

Suddenly it was no longer about Christiansen’s vision of young kids using their imagination to press bricks together into rockets, castles and jet fighters.

A cascade of more and more sophisticated and diverse products diluted the brand as LEGO flailed wildly, convinced by multiple teams of consultants that a box of plastic bricks was no longer sufficient to excite tech-obsessed children with their Tamagotchis, Nintendo 64s and Game Boy Colors.

Sales plummeted to such an extent that, by 2003, the company was mired in debt to the tune of US$800 million and facing bankruptcy. By rights, that should have been the end of the story – an outdated toy from a bygone era that wilfully inflicted intense pain on any parent who stepped on a brick in the dark.

There was no actual factory fire this time round, but LEGO still appeared to have gone up in smoke. Incoming CEO Jørgen Vig Knudstorp seemed to agree, declaring with some irony: “We’re on a burning platform, We’re running out of cash … [and] likely won’t survive.” 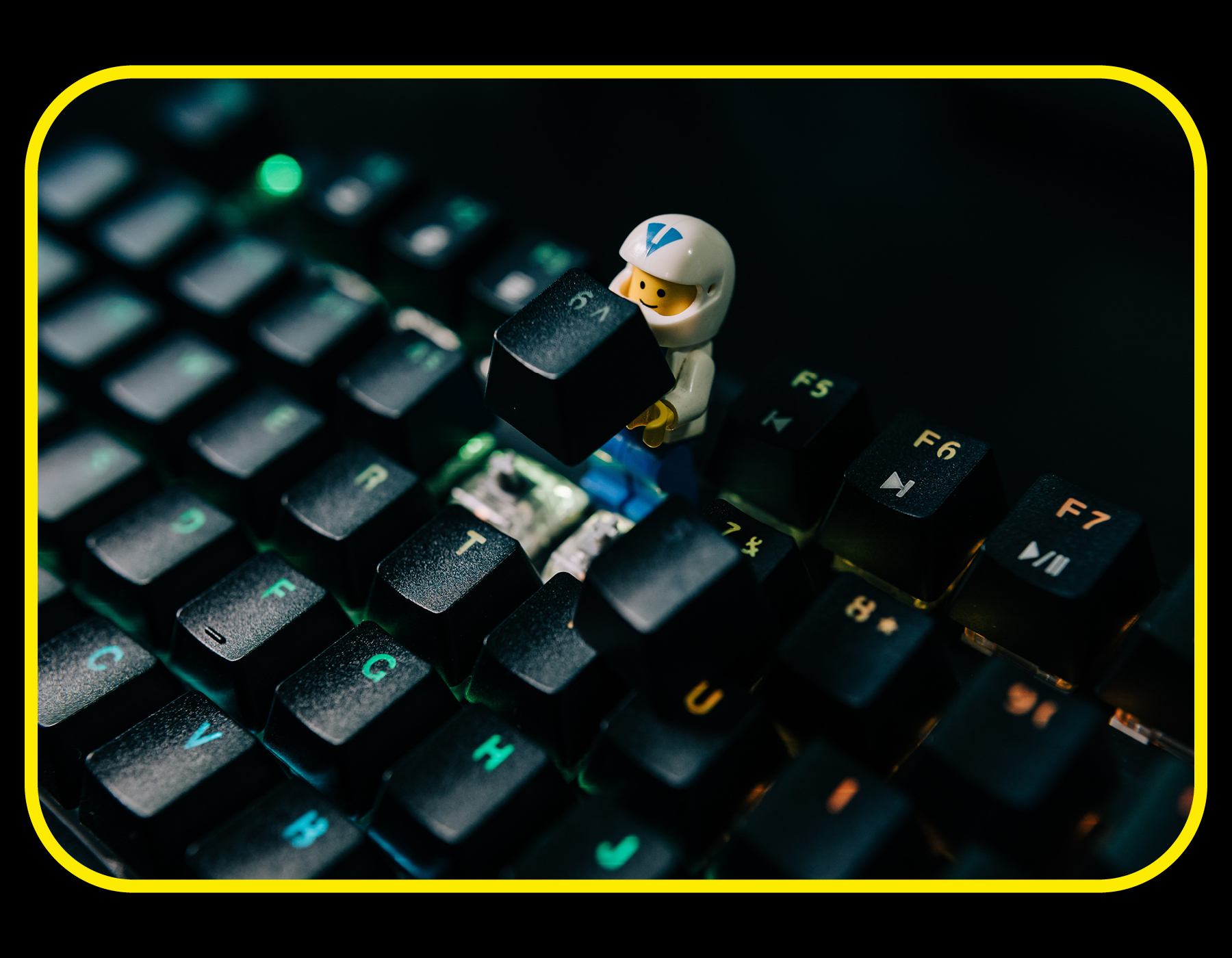 Not exactly the morale-boosting pronouncement the 36-year-old’s colleagues may have wished for, but at least he was being honest.

Or was he? The former McKinsey consultant actually had a comprehensive plan to rebuild the troubled toymaker one brick at a time and turn it into ‘the Apple for toys’.

How he achieved it has been described as the greatest turnaround in corporate history, with a book on the subject, Brick by Brick by David Robertson becoming an essential text for global business academics.

Vig Knudstorp’s strategy was to go back to basics. He immediately halved the number of LEGO pieces produced, cut 1,000 jobs and sold off the Legoland parks so they could concentrate on what they did best.

“Kids will never lie to you about whether something’s fun or not.” – Mads Nipper, former LEGO CMO

He also analysed every single expenditure and aligned design to manufacturing cost, having discovered to his horror that some sets were being sold at a loss.

Crucially, he switched his research team’s focus to the core audience, a group he knew he could trust. As Mads Nipper, LEGO’s former Marketing Chief, said: “Kids will never lie to you about whether something’s fun or not.”

But there was another significant demographic they’d been ignoring – the highly motivated adult fans of LEGOs (AFOLs).

AFOLs were given their own platform to submit ideas and vote on new products, many of which became very successful. Nostalgia among parents led to sets themed around Home Alone, Ghostbusters and even The Golden Girls. 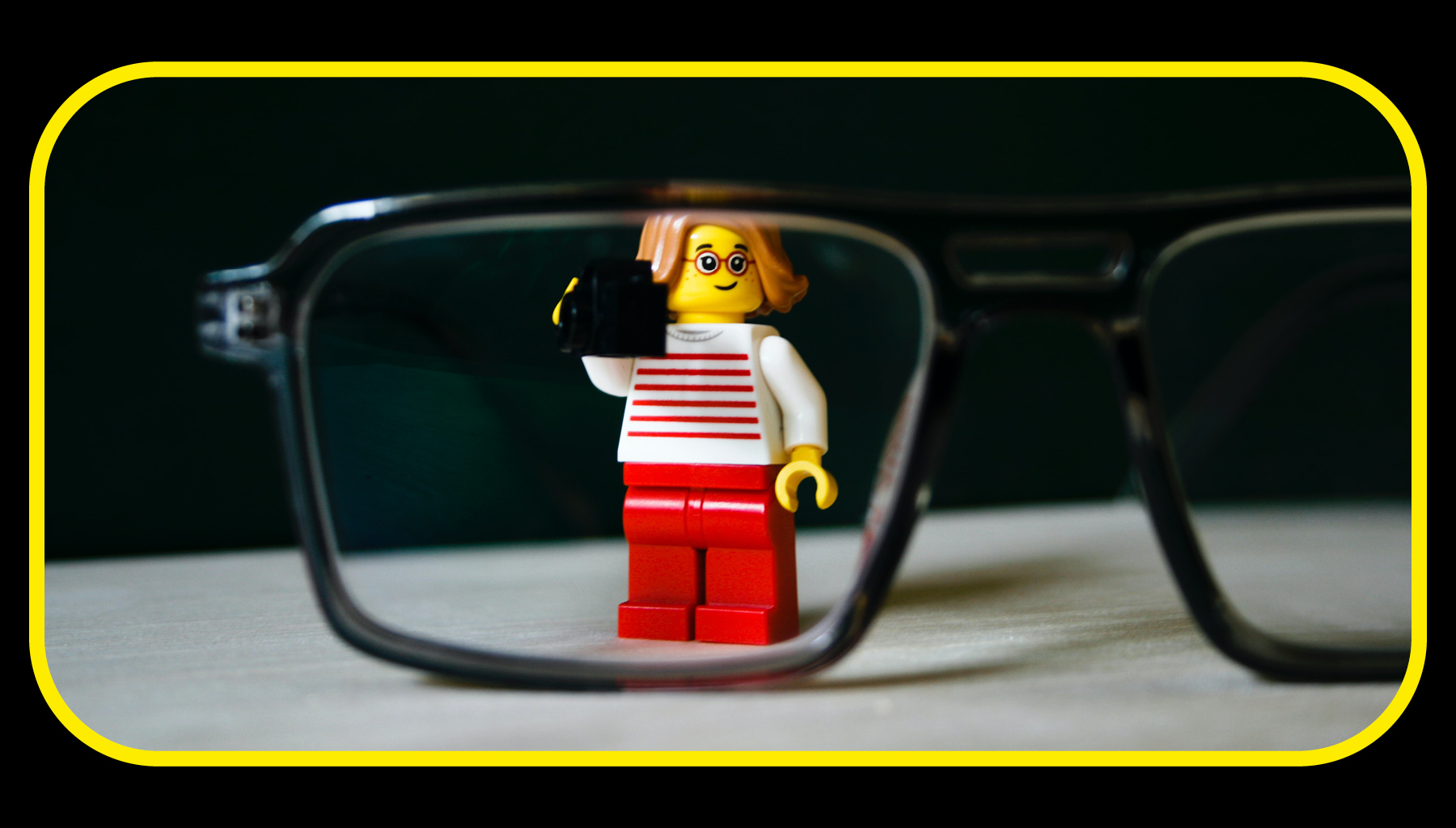 In his book, Robertson identifies five ways that the company’s approach was transformed:

They’re strategies any stagnating, mature brand can employ to revitalise itself.

“It’s how Apple turned itself around,” Robertson told an MIT webinar. “It’s how GoPro got five years of 90 per cent growth, it’s how Sherwin-Williams gets twice the price per gallon of paint than other paints that are functional equivalents. Marvel Comics turned itself around in the same way.”

A tonne of bricks

Vig Knudstorp certainly achieved his dream of becoming ‘Apple for toys’ as LEGO’s profits quadrupled during the 2008-2010 financial crisis, rising even faster than Apple’s.

In 2014, The Lego Movie, with its appropriately named anthem Everything is Awesome, grossed US$500 million (delivering a similar dollar value in free publicity). One year later, Brand Finance declared LEGO had toppled Ferrari to become the world’s most powerful brand, with profits soaring from US$311.5 million in 2009 to US$1.9 billion in 2021.

In essence, Vig Knudstorp had pared back the unnecessary clutter, listened to the right people and, like Christiansen decades earlier, put his faith in the imagination of children.

Read next: Famous companies that are secretly pioneering the future of packaging