François-Henri Pinault has spent his life working in the family business. Only this family business is worth more than US$96.8 billion and as one of the most influential in the world, it’s making strides towards sustainability.

Computer programmer, pharmaceutical equipment salesman, military serviceman, father of four and Salma Hayek’s husband are some of the diverse hats François-Henri Pinault has worn. Although it’s his blazing vision for a healthier planet that sees him don the most honourable, albeit stylish, hat of all.

Lauded as a humble hero, Pinault is pioneering the way to a sustainable future as his company, Kering, targets one of the most unforgiving sectors on Earth: the greatly criticised fashion industry. Valued at more than US$96.8 billion, the luxury conglomerate is one of the most influential in the world. But it hasn’t always been this way.

Pinault was just one year old when his father, François Pinault, established timber and building materials company Pinault in 1963. And it would be another 36 years before the business acquired a 42 per cent stake in the Gucci Group for US$2.9 billion, setting it on the glamorous path to luxury goods. After graduating from HEC business school in Paris and spending time in the military based in the US, in 2005, the younger Pinault was appointed Chair and CEO of the company, which had by then changed its name PPR.

“It was funny and dramatic and surreal,” he told The New York Times Style Magazine in 2013. “I knew it was coming, but I never expected it to happen so fast. I was still only 40 years old, and my father was 66 and in great shape, full of plans for PPR. But he had seen too many omnipotent fathers and what they did. I saw how hard this was for him.”

Being handed the keys to his father’s business empire was a pivotal moment for his career. Pinault had been tasked with transforming the once misunderstood company into the apex of fashion.

“I am obsessed with the idea that I was handed something, but I’m going to try to bring my own stone to the building.” – François-Henri Pinault

Ousting the wood trading and electrical distribution services allowed the executive to venture wholeheartedly into luxury goods. But it wasn’t easy. A friend of Pinault’s recalls that the “pressure was nuts” for the young businessman who had to “bend over backward to show he was worthy of taking over”.

The ambitious transformation saw the unveiling of its new name – Kering – and an owl as its icon (symbolising wisdom, change and knowledge) in 2013. The venture marked the start of Pinault’s footprint in the world. With a glamorous portfolio of designer brands including Saint Laurent, Balenciaga, Gucci, Bottega Veneta, Alexander McQueen and Ulysse Nardin, Kering has since grown into a multibillion-dollar empire with more than 38,000 employees. 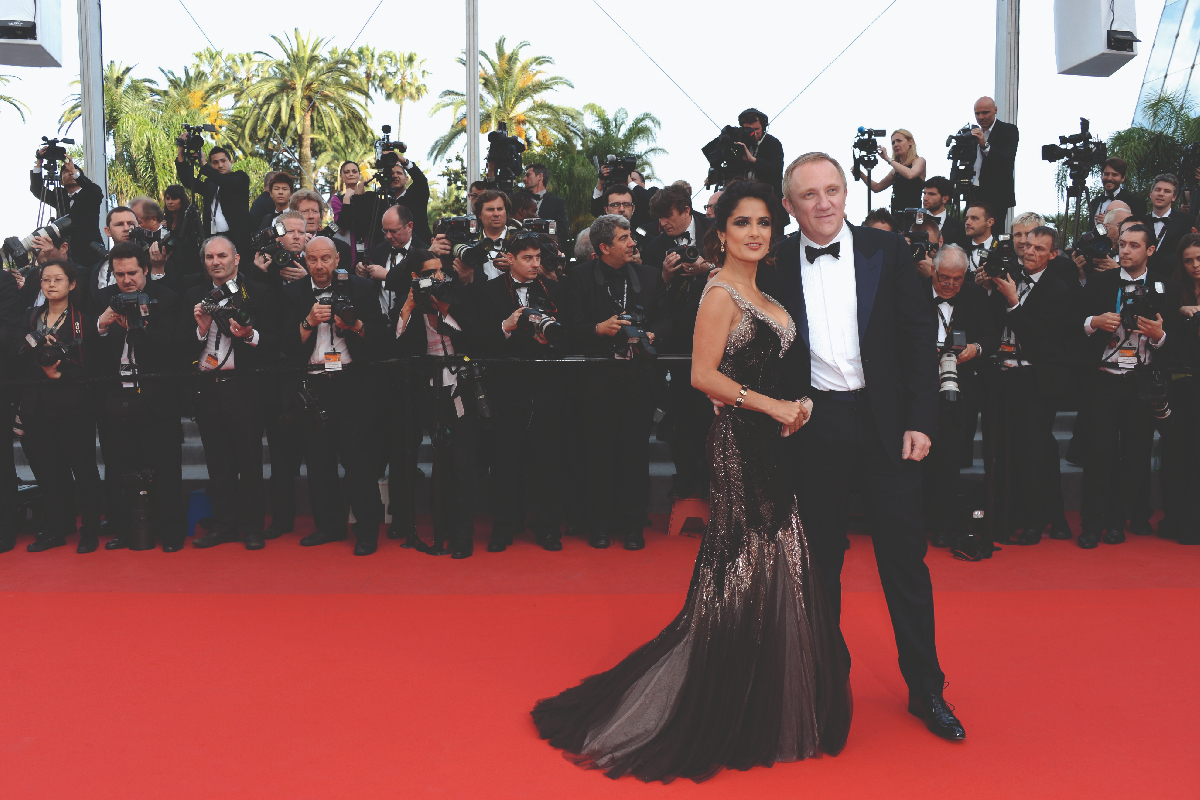 Amplifying his business expertise, Pinault held a number of senior positions at the group before joining its executive board. He is also President of his father’s holding company Artémis, which invests in auction house Christie’s, Puma and Artemis Domaines.

While Pinault and his family are the 25th richest in the world with their worth at almost US$50 billion, he puts his power towards a higher purpose. In 2019, Kering pledged US$120 million towards rebuilding the Notre Dame Cathedral after it was severely damaged by fire.

“Faced with this tragedy, my father and I have decided to contribute to the funds needed to fully rebuild Notre Dame de Paris in order to bring this jewel of our heritage back to life as soon as possible,” Pinault said at the time.

And his virtuous spirit extends much further than rebuilding after the environmental tragedy, which contributed to devastating pollution. Pinault is dedicated to leading not only Kering, but other companies – competitors even – to a greener future.

“The thing that fills me with horror is passing along the same thing that was passed along to me,” Pinault said in 2013. “If that’s the case, I will have failed; you’d better kill me first.

“I am obsessed with the idea that I was handed something, but I’m going to try to bring my own stone to the building.”

Committed to developing a more renewable future, Kering is on a mission to craft tomorrow’s luxury in a sustainable manner. Driven by three pillars – care, collaborate, create – the maison is focused on reducing its industry impact across all stages of production, and with the fashion industry being the second-largest consumer of the world’s water supply, there is ample room for improvement.

“Creativity is at the centre of everything we do,” Pinault said at the Copenhagen Fashion Summit 2019. “Our designers are opinion leaders. This is why we’re very well positioned to lead the way and drive others to change.”

And Kering’s golden brand Gucci is leading the charge with it becoming entirely carbon neutral in 2019.

Pioneering the way for biodiversity, Kering developed an environmental profit and loss account framework to enable businesses to make sustainable decisions by measuring carbon emissions, water consumption, air and water pollution, land use and waste production throughout the entire supply chain. The innovation also calculates the monetary value of overall activity to quantify the use of natural resources.

“It makes no sense to pit purpose against profit,” Pinault said in 2019. “There is plenty of evidence to show that sustainable companies enjoy better performances and sustainability is a business opportunity.”

As the maison shapes the future of high-end fashion, it too has redefined what luxury means. Sustainability is increasingly synonymous with luxury as designer items are often handmade slowly with care rather than mass produced. Although it’s not without controversy; from using real fur and crocodile leather to the waste and ecological impacts created by fashion shows, the industry has long been targeted by activists for its environmental faux pas.

“Our designers are opinion leaders. This is why we’re very well positioned to lead the way and drive others to change.” – François-Henri Pinault

As part of Kering’s journey in reducing its environmental footprint by 40 per cent by 2025, the group launched the Regenerative Fund for Nature, a foundation aimed at transforming one million hectares of farms and landscapes that produce raw materials for fashion supply chains. Positively impacting biodiversity, the fund will provide grants to farmers, non-governmental organisations and important stakeholders on the front lines of developing agricultural change.

These extraordinary efforts haven’t gone unnoticed. Kering was ranked the most sustainable clothing and accessory retail brand in the world and the seventh most sustainable company on the planet in Corporate Knights’ 2021 Global 100 Index.

“Sustainability is part of purpose,” Pinault said. “Modern companies have to define and pursue. Clients also have high expectations; in the future they will buy more and more from the brands that reflect their own values. If the corporate world is not able to rise up to its responsibilities, well, it will lose its credibility and finally will become completely out of touch.”

Working without compassion is not on the cards for the fashion juggernaut. After dropping out of high school, Pinault’s father worked for years establishing the grassroots of what Kering has become. Derived from kêr, meaning home in Breton – the French national’s local dialect – it’s no coincidence the name is pronounced ‘caring’.

“I’m also in business myself because business is the way to contribute to a better world and to a better future,” Pinault said at the Copenhagen Fashion Summit. “It is our duty, not only to be at the forefront of the sustainability crusade but also to share our findings and indeed this has nothing to do with competition.”

The Pinault journey to a greener world