Learning the world’s new ‘second language’ is vital to success

Michelle Sun, Co-Founder and CEO of First Code Academy, shares her insights on the gender bias that is holding back the technology sector across Asia. Hong Kong native Michelle Sun has been one of BBC’s 30Under30 women entrepreneurs (2015), a Forbes 30 Under 30 Asia (2016) awardee and has even won a Women of Hope Award (2015). But this highly accomplished coding guru came up with her idea for the First Code Academy, an education institute that offers coding programs for kids aged four to 18, in less-than-glamorous circumstances – while bedridden for three weeks recovering from swine flu.

“I was curious about coding and also interested in the technology field in general,” explains Sun. “At the time, I was working at Goldman Sachs as an analyst covering the technology sector, and I realised that tech companies were changing the way everyone shops, everyone eats and everyone moves around. So I wanted to build technology products and I wanted to get my hands dirty and become fluent in coding myself.”

Sun launched the academy in 2013, teaching coding and computer science concepts including artificial intelligence (AI) through online programs, and in-person classes in Hong Kong, Taiwan and Macau. “I believe coding is the second language of the world,” she enthuses.

“I believe coding is the second language of the world.”

“The future is about having that fluency of technology and computer programming. The next generation needs to know how to communicate with computers and that’s the main inspiration behind teaching girls and boys at First Code Academy.”

While Sun strongly believes that all children need to be coding literate, she has a particular interest in increasing the interest of young girls in science, technology, engineering and math (STEM) subjects. “There’s a shortage of women developers and women in leadership roles in technology fields,” she notes.

“One of the things we see is that in classes with students from ages 6 to 10, the gender ratio is quite balanced at 50-50. But when we go to the secondary school level, we see a lot more boys and a lot fewer girls. This is an issue that we are very passionate about balancing out.” 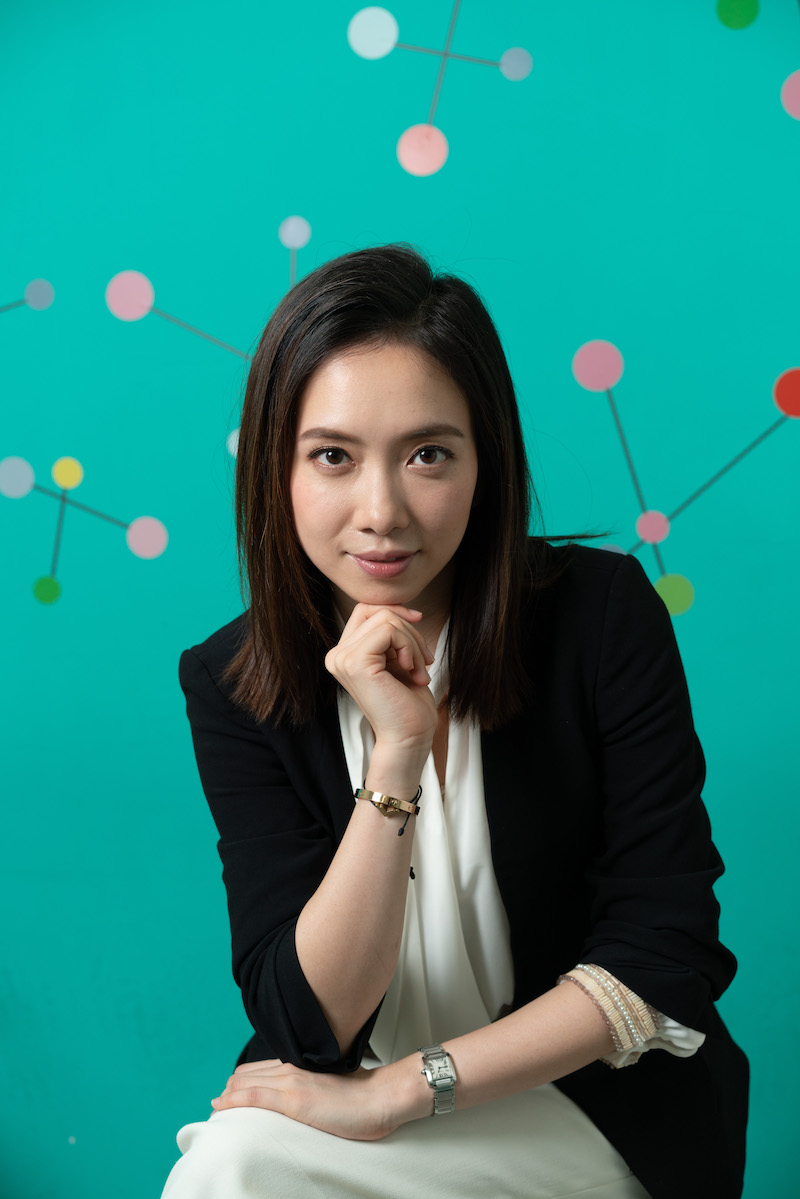 According to UNESCO, only three of 18 countries in Asia had an equal or above proportion of female researchers in 2015: the Philippines, Thailand and Kazakhstan. While nearly 90% of all future jobs will need some form of information and communication technology (ICT) skills, only 3% of women choose ICT subjects in higher education.

“The academy is not just teaching coding anymore, but also more advanced technologies like AI. Gender bias is already being embedded inside AI algorithms. If we don’t have enough female AI engineers, the algorithms that we interact with every day, including our Facebook and Instagram feeds, will be controlled by men,” cautions Sun.

Currently, according to The World Economic Forum, only 26% of AI professionals globally are female.

“That’s why it’s important to have top models like Karlie Kloss talk about their passion for coding – it presents a very strong image, especially for teenage girls. They want to be accepted by their peers and be considered ‘cool’ and not ‘nerdy’. So someone beautiful and ‘cool’ like Karlie Kloss is a great role model for girls at that stage.”

Of course, visible female role models working and succeeding in STEM-related fields is crucial to attracting more girls and women to the sector.

A 2020 study from the Philippines discovered that girls begin to lose interest in STEM subjects around the age of 10, primarily because they see STEM-related careers as male dominated, are convinced girls are naturally less intelligent in STEM subjects and have few female role models to look up to.

“There’s a shortage of women developers and women in leadership roles in technology fields.”

“For a young woman, looking at the management team of an engineering company, she will likely see all men at the senior levels. That presents a psychological barrier. Without an example to work towards, it’s really challenging,” says Sun.

Despite the challenge of getting more girls interested in coding, Sun is determined to see every girl and boy literate in the world’s new ‘second language’, no matter what industry they will eventually work in.

“One of our students started an AI company that got a shout out from Melinda Gates on LinkedIn. But another student wants to become a fashion designer, and she learned to code so that she could design clothes that move in coordination with lights and music when they go down a runway,” she beams. “That’s not a typical Google engineering job, and our students also become doctors and accountants. Technology is a part of everyone’s lives now and learning to code will give kids superpowers in anything they decide to do.”

With the world currently experiencing a global pandemic and facing a climate change crisis, Sun believes that those with STEM skills can help provide innovative solutions. And, as an entrepreneur herself, Sun is passionate about helping her students who want to break out on their own and not follow a typical path.

“I tell those looking to be entrepreneurs three things. First, start small and dream big. Start with solving a small set of problems for a small group of people and go from there. Second, invest in your network. The entrepreneur journey can be quite lonely, so it’s important to have a group of friends who can go through the ups and downs with you.

“And my last piece of advice is to take care of your mental health. Stress is one thing that entrepreneurs constantly have, especially during times like these with the coronavirus. Talk to a therapist or someone in your peer group. I think more people need to talk about mental health and to take care of their psychological wellbeing.”

As a role model, a leader, a business owner and a coder, Sun has a lot on her plate. But she is ready to tackle the challenges ahead. “It’s important to recognise the unique strengths that we each bring to the world. Women entrepreneurs don’t need to become like men,” she says.

“Technology is a part of everyone’s lives now and learning to code will give kids superpowers in anything they decide to do.”

“With my work, I strive to stay true to my values and be compassionate, starting with self-compassion and compassion to the team and our students.”