How Evan Spiegel transformed a “terrible idea” into the Snapchat generation

While friends and family around the world are forced to stay separate physically, Snapchat Founder and CEO Evan Spiegel is devising new and useful ways of bringing people together emotionally. 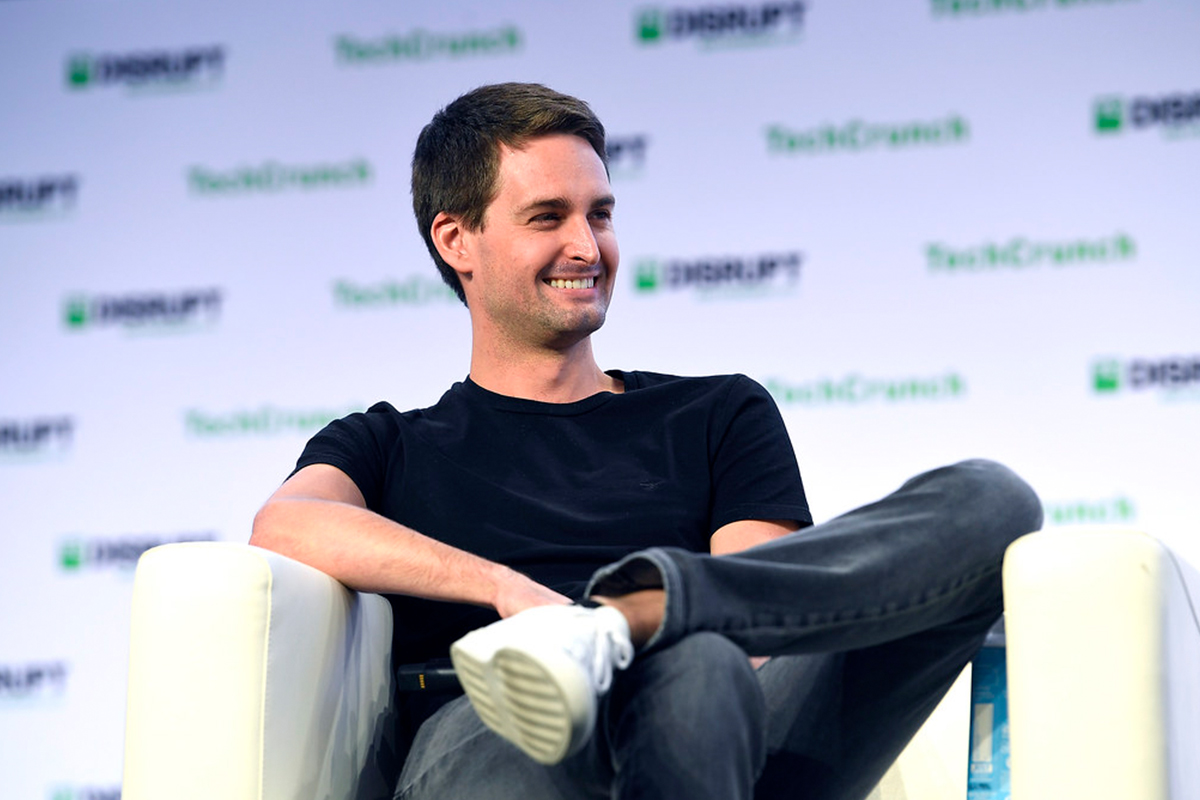 In the airy, sun-soaked living room of their Malibu cottage, Snapchat founder and CEO Evan Spiegel and his supermodel wife Miranda Kerr exchange looks of amusement as they listen to their two-year-old son babble gleefully into the screen of the tablet he is holding.

The screen shows the toddler’s great-grandmother enveloped in blue flames and with blue, feline eyes. On the other end, the great-grandmother flinches when an orange, animated cat appears perched on her great-grandson’s head, where it proceeds to wag its tail lazily.

The two relatives have not been able to see each other in person since the start of the COVID-19 pandemic, but as avid users of Snapchat’s augmented reality lenses, they have had no shortage of opportunities to make each other laugh.

To Spiegel, this intergenerational exchange taking place in his living room is a testament to the versatility of the app he first thought up as a Stanford student in 2011.

When he proposed the idea for a photo-sharing app that would delete shared images instantaneously, his peers ridiculed it.

“Everyone said, ‘That is a terrible idea,’” he recalls. “Not only is nobody going to use it, they said, but the only people who do, will use it for sexting.”


Less than a decade later, Snapchat’s 229 million users are sending an average of four billion snaps every day. The app has grown so popular among young people that gen Z has become synonymous with the ‘Snapchat Generation’.

But this nickname belies the reality that Snapchat has introduced new and unique ways of socialising that people of all ages and across demographics can embrace.

In the first quarter of 2020, the total daily time spent watching content on Snapchat’s Discover feature doubled year-on-year among users over the age of 35. What makes Snapchat interactions special is that the app promotes spontaneity and authenticity.

“Snapchat is for helping people stay close with their friends and family, and that’s never been more important than during this difficult time.” – Evan Spiegel

A snap is not a piece of a meticulously curated online persona. It is an opportunity to be silly, outrageous or vulnerable to the people you love and trust.

This selling point is the source of Spiegel’s fearlessness in the face of competitors who brazenly copy the features he pioneered, like ephemeral messages and augmented reality lenses.

“Snapchat is not just a bunch of features. It really has an underlying philosophy that runs directly counter to traditional social media,” Spiegel says.

“Since the DNA of other companies is all about having people compete with each other online for attention, I think that it will be harder to really copy the essence of what Snapchat is.”

It would be equally difficult to copy Snapchat’s recent growth. As businesses around the world have buckled under the weight of the COVID-19 crisis, Snap Inc. generated US$462 million (A$714.1 million) of revenue in the first quarter of this year, representing a 44 per cent year-on-year growth rate.

“While many advertising budgets declined due to COVID-19, we experienced high revenue growth rates in the first two months of the quarter, which offset our lower growth in March,” Spiegel says.

While the strain of the pandemic might slow Snapchat’s revenue growth as it drags on, social distancing policies are giving Snapchat an even more important role in users’ lives.

“Snapchat is for helping people stay close with their friends and family, and that’s never been more important than during this difficult time. We’re certainly seeing the stay-at-home orders catalyse engagement growth,” Spiegel told CNBC.

This sustained high level of engagement has made Snapchat a popular ad destination for brands whose products are compatible with social distancing and other pandemic-related regulations.

“There are many businesses who can be successful serving their community while they’re at home; for example, at-home exercise, beauty and gaming brands. They’re really leaning into these down-funnel optimisations, seeing a lot of success and increasing their spend,” Spiegel says.

“Our team remains inspired and motivated despite the challenging circumstances because our product has never been more important in people’s lives, especially for helping close friends and family stay together emotionally while they are separated physically,” Spiegel says.

From fun to utility

Snapchat has gone even further by partnering with the World Health Organization and the Centers for Disease Control and Prevention in the US to broadcast life-saving information to its users.

“Receiving accurate information is really a matter of life and death, so our publishing partners have really risen to the occasion,” Spiegel says. “In the early days of the crisis, we immediately launched multiple Filters and Lenses featuring safety tips and best practices, which quickly reached hundreds of millions of people around the world. We added a new feature, called Here For You, that provides proactive in-app support to Snapchatters who may be experiencing a mental health or emotional crisis, or who may be curious to learn more about these issues and how they can help their friends.”

These developments are part of Spiegel’s vision for Snapchat to transition from a source of entertainment to an essential utility. Expanding the potential of augmented reality will play a central role in this.

The company has been trialling the use of augmented reality to allow users to try on clothing and beauty products before ever touching the physical products – one of the many features in the works that Spiegel hopes will allow people to make transactions without risking virus transmission.

“As people are sheltering in their homes, they are increasingly turning to digital behaviours across every aspect of their lives, including communication, commerce, entertainment, fitness and learning,” Spiegel says.

“We believe that this will accelerate the digital transformation across many businesses and that the heightened levels of activity we are seeing today will lead to a sustained uplift in the digital economy over time.”

He adds: “The Snapchat Generation is digitally native and adopts new technologies quickly, which will help them continue to drive this transformation. This makes our audience uniquely positioned to help businesses recover, and we want to do our part to help jump-start the recovery.”