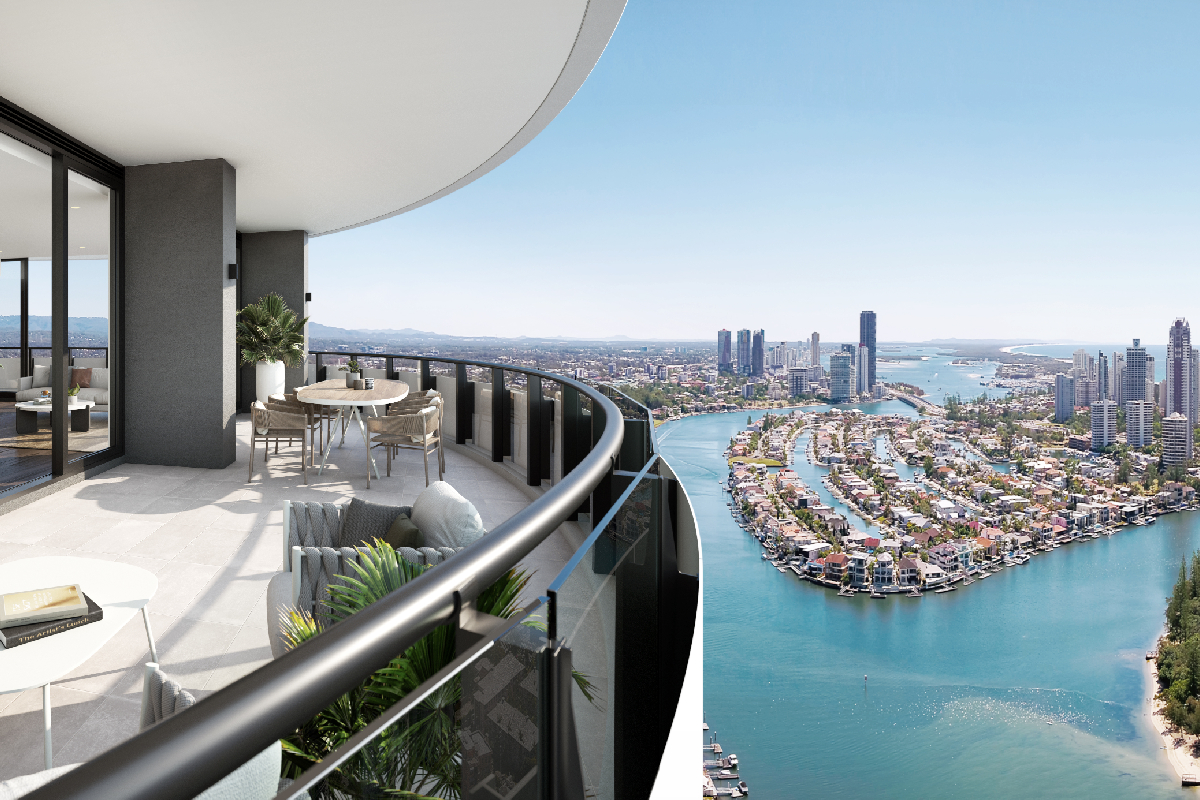 Whiling away your days in a luxurious resort-style apartment that overlooks the pristine waters lapping the shores of a quaint tropical island is the stuff of fantasies. And property investor Wade Burns is turning this dream into a reality at Chevron One.

The luxury residence is quickly becoming the crowning jewel of Australia’s iconic Gold Coast, and for a lucky number of investors, the property will become their home – at least for a few weeks of the year.

Those seeking an indulgent lifestyle change will only be able to do so through Burns’ company, Hustle, which is the exclusive agent for Chevron One.

“We have exclusive stock that no-one else can get, including the penthouse offerings,” Burns explains to The CEO Magazine. “We have a guaranteed six per cent return on select purchases that’s exclusive to us for five-year terms, and it’s positively geared.”

Located on Chevron Island and developed by Bensons Property Group, the residence will stand 41 floors high with 236 apartments, making it a prominent landmark once it’s completed in the third quarter of 2023.

Inspired by the ocean and natural shapes, the architecture of the complex exudes coastal charm while its powerful facade makes for an elegant and timeless attraction.

Boosting its elite offering, Hustle has collaborated with the developer promising investors a payment of eight per cent interest on their deposit.

“Why would you have A$100,000 sitting in an account doing nothing, costing you money?” Burns says. “By putting it into a development fund, you are making money from the minute you pay your deposit.

“That is a key differentiation on any other developer.”

Adding to its exclusive offering, the complex will be the only building tower on the island of this magnitude–all other applications have been rejected by the council and will be into the future.

While the island is set back from the Gold Coast, the shimmering lights of the playful city act as a backdrop for residents of the new precinct while also offering city views, ocean views and mountain views through to Nerang River.

“The island is the shape of a heart – I honestly believe it’s the heart of the Gold Coast,” Burns says. “The city is Australia’s playground for people that want to have a great time – it’s our Hawaii, it’s our Monaco.”

From its central positioning and exclusivity to its state-of-the-art facilities including pools, gyms, spas, concierge and doorman, Chevron One will be utterly magnificent in every way.

The Hustle founder says it’s an advantageous opportunity for executives who want to own their own resort-style retreat. 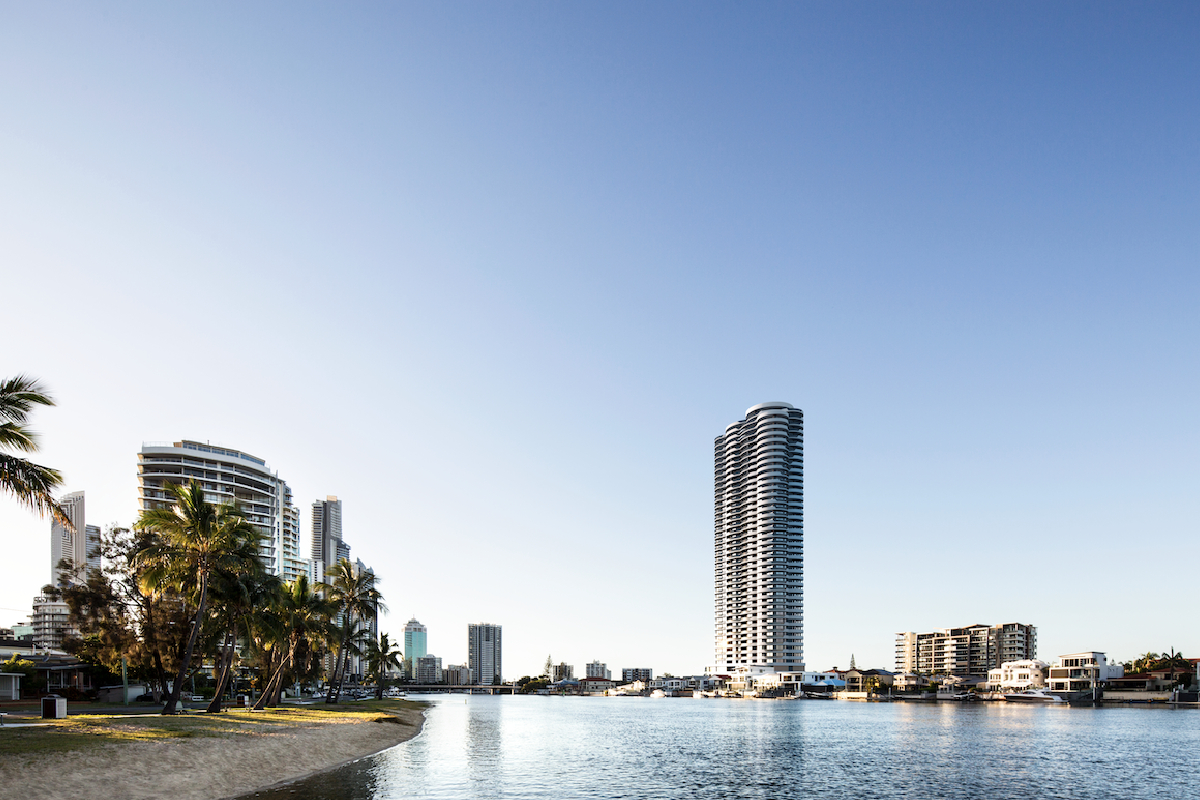 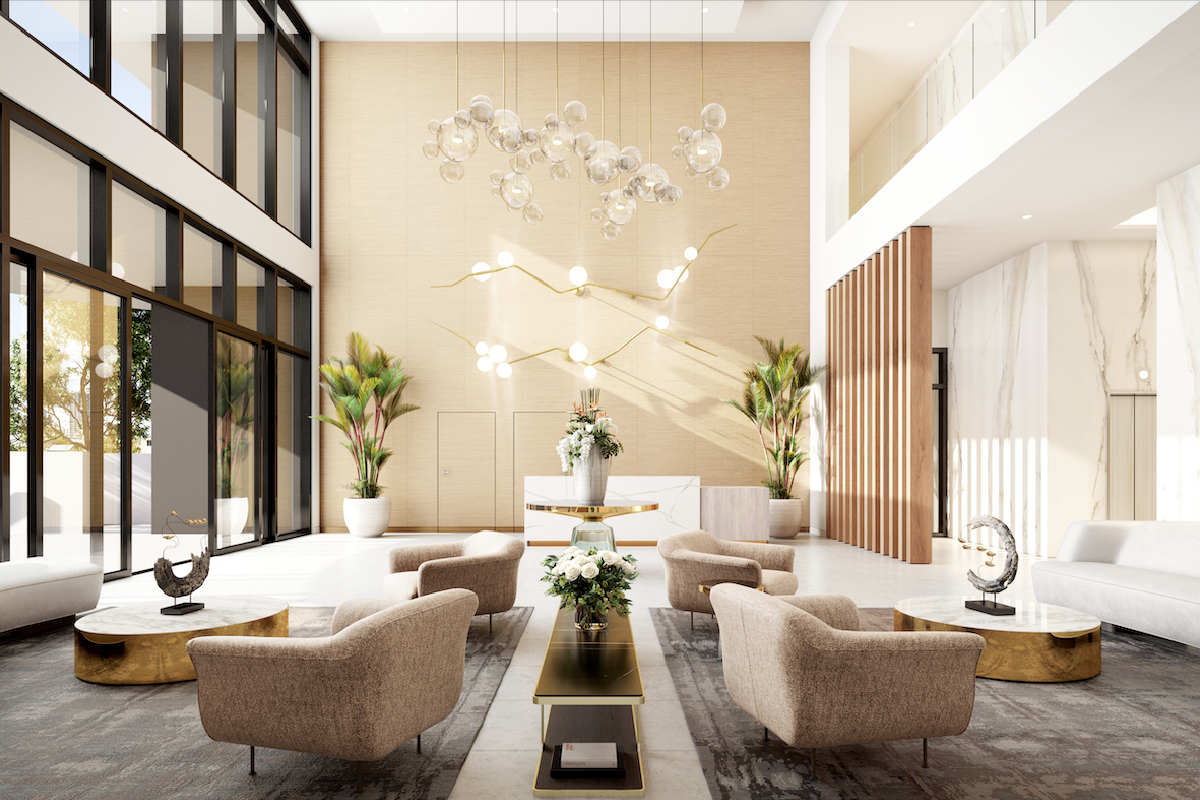 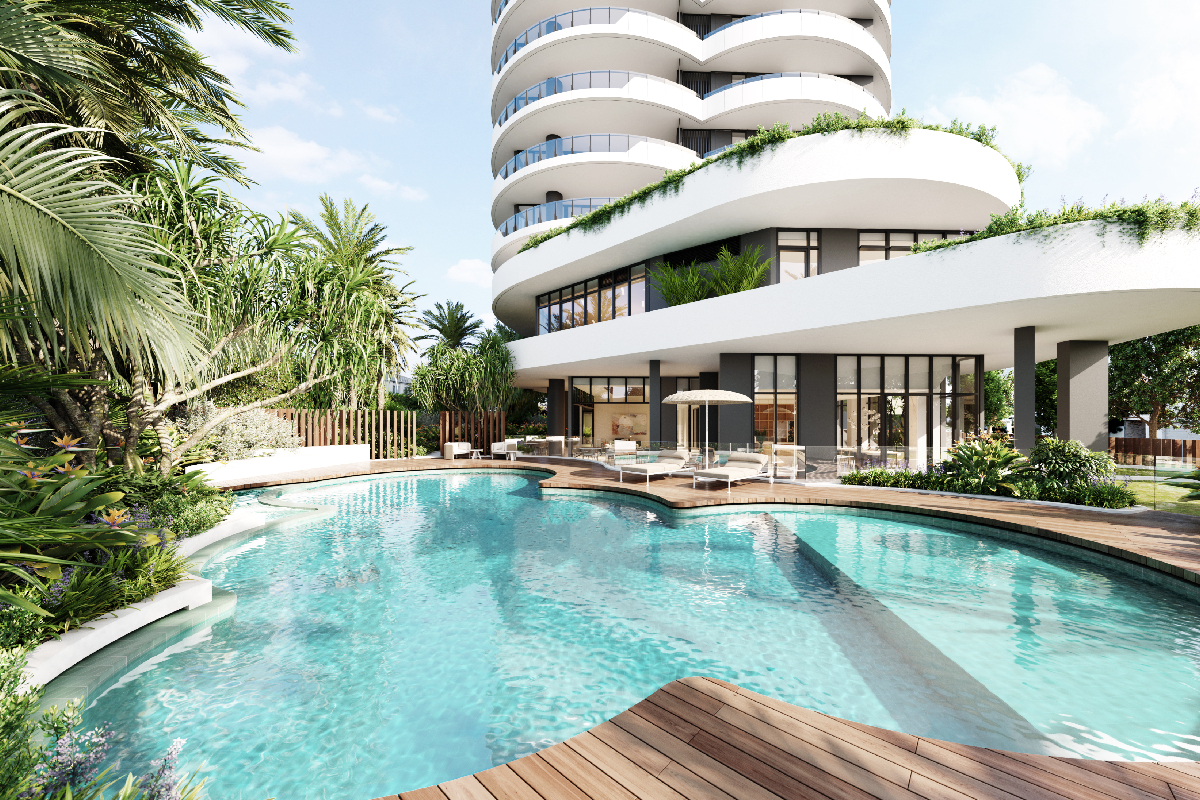 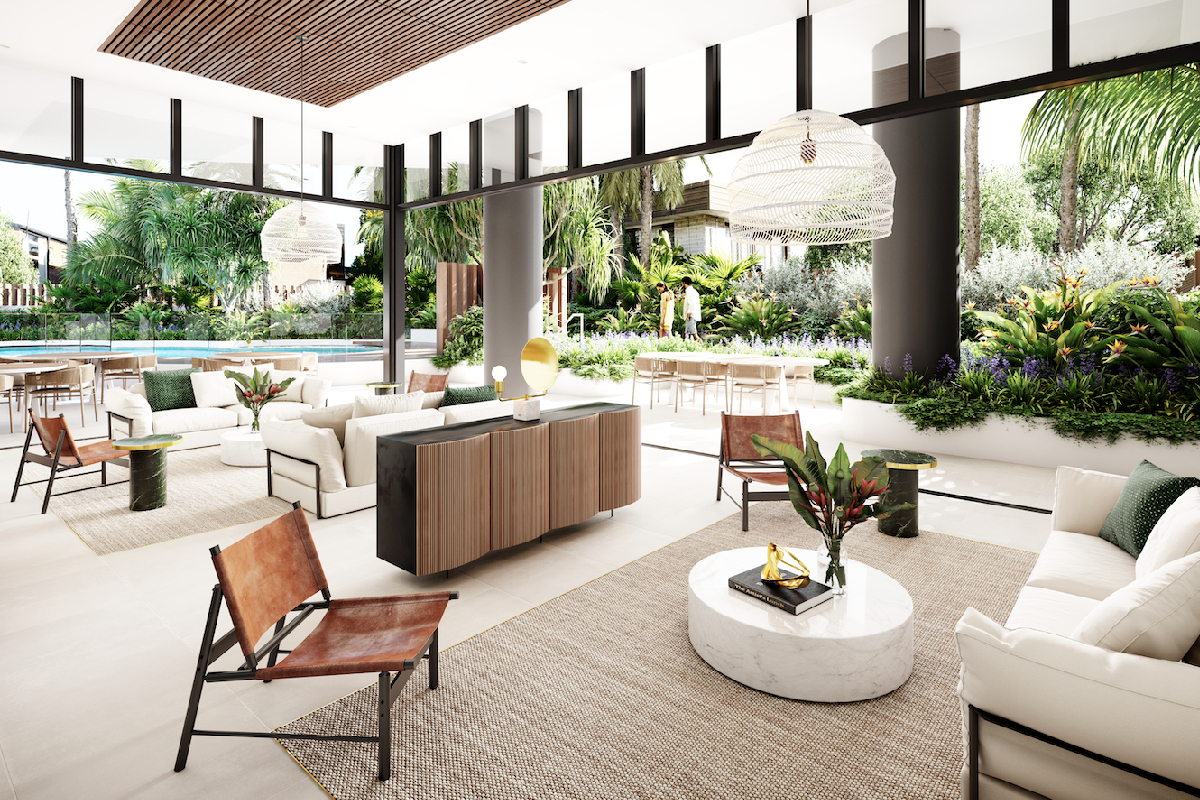 “It forces a lot of CEOs like us into making sure we have a holiday,” Burns shares. “The good thing is you can rent it, still have the income and then use it when you want – it’s perfect.

“The Gold Coast is a place people die to go on holiday and we’re so lucky to invest there. We’re investing in a very desirable area. It’s been undervalued for a long while because Sydney’s had the spotlight, but the shine’s gone.

“So as smart investors, we need to move around.”

And Burns is not just selling the properties, he’s actually bought at Chevron One himself.

“Our number one difference is that we actually put our money where our mouth is,” he explains. “A normal agent will sell whatever regardless of if it’s a good deal or not.

“We buy where we sell, otherwise there’s no way we can give a recommendation that is honest and genuine.

“I’ll be there myself long-term, so my investors are with me.”

The investor purchased an apartment on level 26, giving him a unique edge of insider knowledge.

“Any agent can sell anything and everything that’s on the market, whether they’re good or bad,” Burns says. “We’re able to talk from our own experiences.” 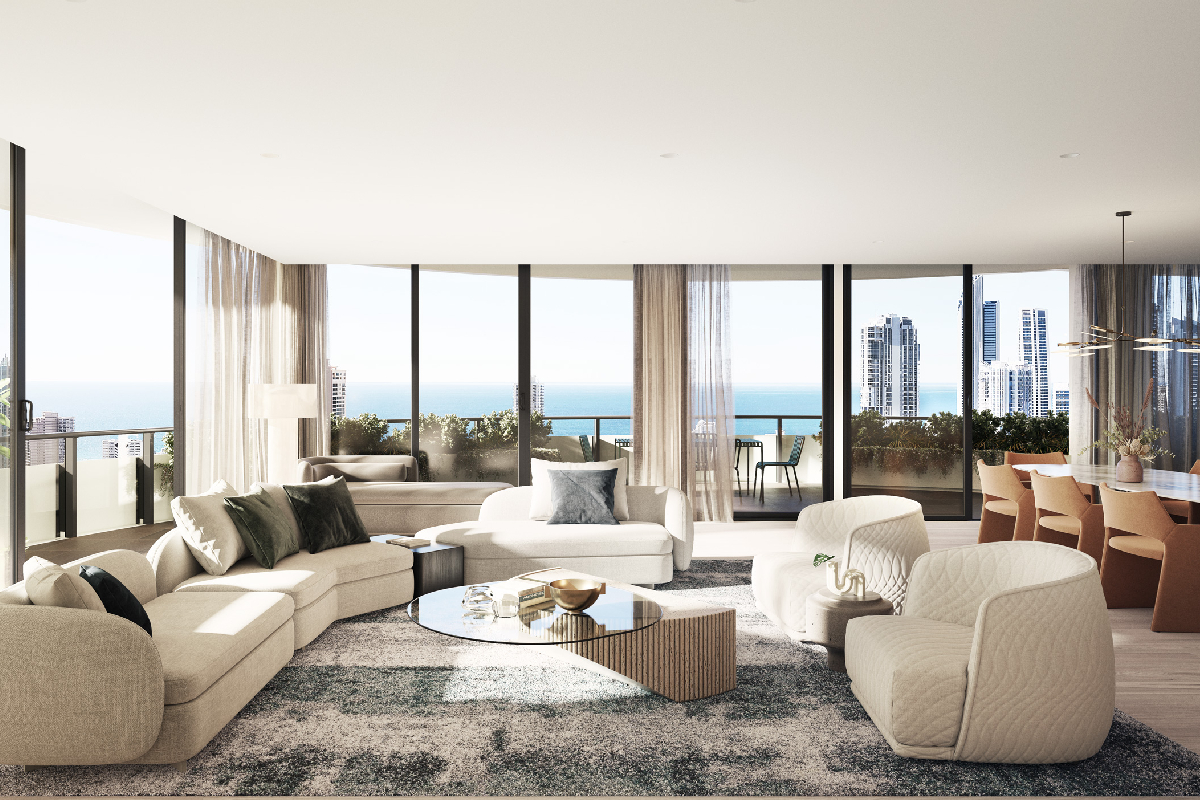 The Hustle founder’s previous experience as a conveyancer gives him the intel required to peruse contracts unlike others in the real estate industry – and it’s a sector he’s wholeheartedly passionate about.

The twice-published author played a fundamental role in lobbying for anti-dummy bidding legislation to be introduced to stop agents from advertising misleading price ranges.

“There’s no point having money and good opportunities when you can’t share it with your friends.” – Wade Burns

Having ridden the highs and lows of investment success for the past 20 years, Burns hasn’t had too many hideous investments – although one in particular stands out as his worst, but also his most lucrative.

“A friend of mine bought a commercial property and was short on settlement,” he explains. “He needed a loan of A$150,000, but in the end, it was A$600,000. I had to go on the title to buy 50 per cent and ultimately had to buy it from him for A$2.45 million. The bank valued it a few months ago for more than double what I paid.

“From my worst investment to one of my best returns, so you never know. There are opportunities everywhere. It’s just harder to find them.”

Although the seasoned investor has an attractive portfolio today, it wasn’t always the way. 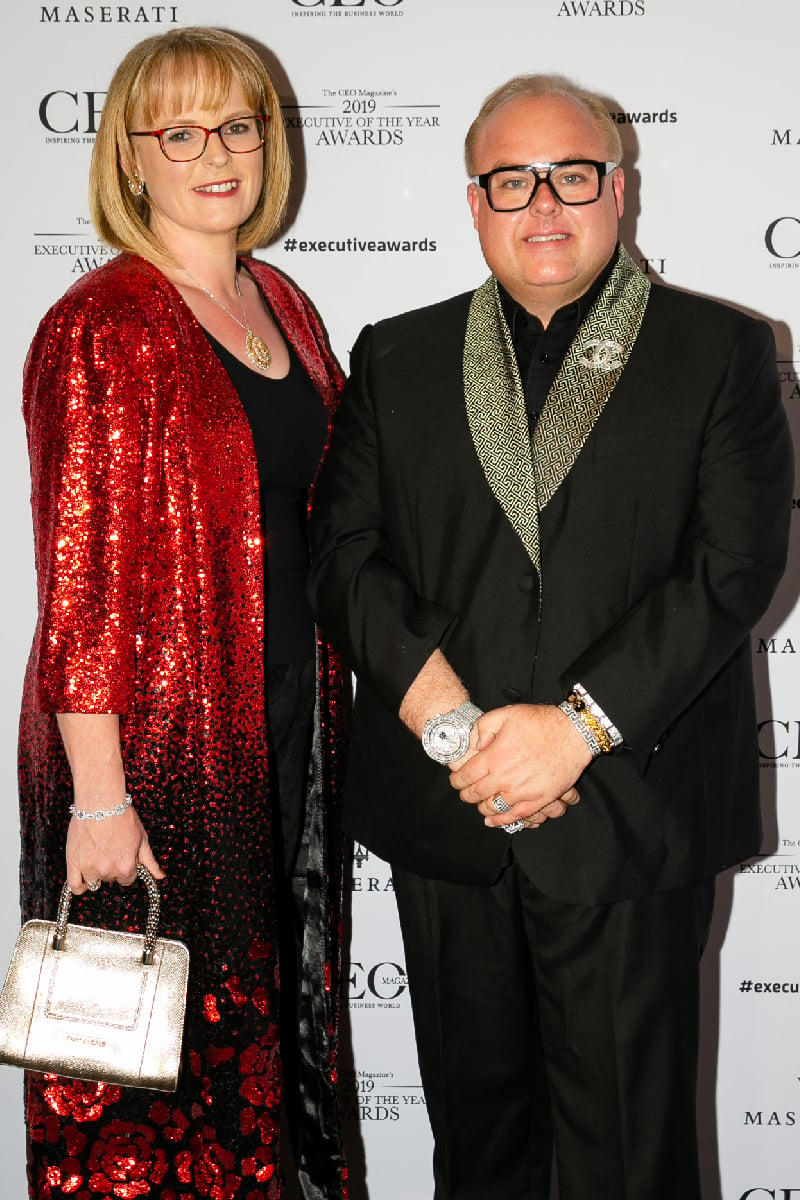 Wade and his wife Rebecca Burns

Coming from a hard-working family where he watched his parents struggle fuelled him to create his own financial security.

“I came from a family that didn’t have money, my parents were bankrupt – they went under during the recession and never recovered,” Burns shares. “I watched that happen when I was 16 and I didn’t want it to happen to me.

Dedicated to sharing his expert knowledge with fellow investors, the business founder believes in collective growth, rather than taking the individual path to wealth.

“I harass my friends to invest because I believe we all rise together,” he says. “There’s no point having money and good opportunities when you can’t share it with your friends.

“When I go to the Gold Coast, I have 10 or 15 mates who’ll come up to check on their properties too. The comradery has prevented suicide, depression and improved our wellbeing.”

Whether you’re practising yoga in the tranquil gardens at Chevron One or are celebrating life with a bottle of Levante Hill in the residents’ lounge, Burns has one last vision for the private coastal haven.

“See me in the hallways in the future,” he says.

Chevron One apartments can be secured today. For more information, contact Wade Burns at Hustle.