Katherine McConnell founded Brighte with one mission in mind – to flood the world with clean energy. 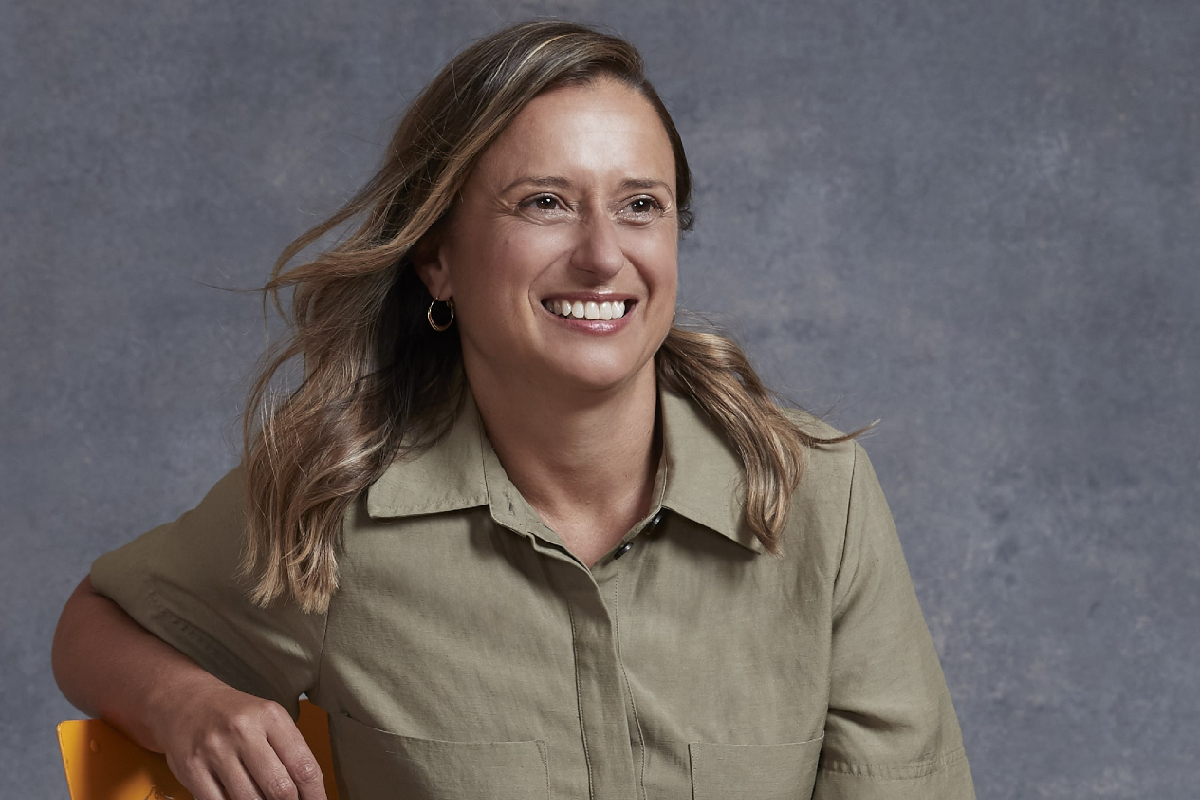 Just seven per cent of global fintech founders are women, making Katherine McConnell, Founder, CEO and Chair of Brighte, one of the few industry champions – and she’s on a mission to overrun the world with green energy.

The Australian-based startup delivers financial lending to individuals so they can invest in sustainable solutions for their homes, making for an environmentally friendly future.

And it’s an appealing venture that has the confidence of investors including Atlassian co-founders Scott Farquhar and Mike Cannon-Brookes. The tech entrepreneurs were among the major contributors to a funding round in late 2020 that attracted A$100 million collectively.

The duo made the contributions via their investment funds, Grok Ventures, founded by Mike and his wife Annie, and Skip Capital, founded by Scott and his partner, Kim Jackson, who was named Veuve Clicquot’s Business Woman of the Year Award in 2019.

“Our mission is to make every home sustainable,” McConnell tells The CEO Magazine. “The Atlassian investment was significant because we have a huge mission and this amount of capital enables us to be focused on achieving this, and not be distracted by doing multiple capital raises.

“Their support from both a financial and non-financial sense have been incredible and hugely important.”

Since its inception in 2015, Brighte has generated more than 450 megawatt hours of clean energy, has financed one in 10 new residential solar installations and has funded more than A$800 million of applications for more than 50,000 Australian homeowners.

Celebrated for her fierce entrepreneurial spirit, McConnell was a finalist for the Bold Woman Awards 2021 by Veuve Clicquot.

“I’m incredibly honoured and humbled to be recognised alongside such an inspirational group of leaders,” McConnell says. “Madame Clicquot herself set the standard on being a woman who is innovative, bold and one that never backs down or gives up.

“The women who are finalists alongside me share these traits and qualities. It’s wonderful to have the opportunity to celebrate this.”

During an inaugural virtual awards ceremony alongside keynote speaker Rose Byrne, Kristy Chong, Founder and CEO of ModiBodi, was crowned the 2021 winner of the Bold Woman Awards.

Mirroring Madame Clicquot’s audacious spirit, McConnell believes her success as a trailblazing entrepreneur is simply down to hard work.

“It was really a combination of hard work, some lucky breaks, and a single-minded determination that every home should be sustainable,” she shares.

Not only is McConnell being praised for her exceptional leadership in a male-dominated industry, but she is also helping to bring other women up with her.

“When I look back at the things I regret, I wish I’d been even bolder and pushed harder instead of trying to be amicable and please many people.” – Katherine McConnell

With such an under-representation of female leaders in fintech, Brighte is going against the status quo with women making up 67 per cent of its leadership team.

“A quality that I admire in these female leaders is the ability to be strong and persistent whilst also being empathetic and genuine,” McConnell says.

Awards like Veuve Clicquot’s will continue to promote leadership equality in industries that are lacking in equality.

“By celebrating and promoting the stories of successful female founders, I hope it will encourage other women to be bolder and more determined in their own journeys,” she says. “I know I have always admired other successful females and was very motivated by Kim Jackson’s story when she won one of the award categories in 2019.”

Green with envy for green energy

While McConnell is tackling the gender balance, she is also creating a more sustainable future through green energy.

Leaving her career in investment banking, the entrepreneur, who is also a non-executive director at Australian Finance Industry Association, founded her own company after experiencing firsthand the benefits of owning a sustainable home.

“Our family was an early adapter of a solar and battery home, and first-hand I experienced the affordability and sustainability benefits,” McConnell says. “I want this to be experienced by all Australian households.

“I founded Brighte because I believe that distributed solar generation and storage would enable power to shift to the home.

“We are really only at the beginning of our journey and there is so much more that we need to build to make it easier for homes to buy batteries, get an electric vehicle and make their home energy efficient.”

Within the past three years alone, Brighte has grown by almost 9,000 per cent. In 2020, the green lender became the sixth-fastest growing technology company in Australia.

The secret to the phenomenal growth?

“I wish there was a secret I could divulge, but I’d say it’s been a great team working towards a shared goal,” she shares. “I often say ‘without a team, it’s just a dream’ – and we have an amazing team.

“I find it incredibly exciting and humbling that so many people come to work every day to make our mission a reality.”

As the fourth fastest-growing tech business in the Asia–Pacific, according to Deloitte, what truly drove the establishment of Brighte was McConnell’s deep industry understanding after 14 years at Macquarie Bank mixed with her own personal green energy journey.

With attention continuing to grow towards sustainability across all sectors, ventures like those in fintech will be the solution to fuelling the future.

“Ultimately green energy enables us to live sustainably,” McConnell explains. “At Brighte, we like to think about sustainability having three meanings for our customers – firstly, the environmental aspect of harnessing the sun to power your home; secondly, the financial sustainability that solar energy offers; and lastly, the benefits that both of those things have on your lifestyle.

“At Brighte, we want to leave a positive impact on the world. By thinking about what sustainability looks like in a number of ways, we’ll allow consumers to think differently about the benefits of green energy.”

On a mission to power one million homes, the startup is simply focusing on the job at hand – and a mighty one at that – as opposed to being distracted by the big electricity retailers.

Taking a giant risk where she upheaved her family’s security in order to pursue her business vision was one of the bravest decisions McConnell has made.

However, it was one of the fintech entrepreneur’s biggest mistakes that reaped one of her best rewards.

“When I look back at the things I regret, I wish I’d been even bolder and pushed harder instead of trying to be amicable and please many people,” she shares. “I suppose I needed to be less of a gold star person and forge my own path even more.

“I believe mistakes are lessons and there are times to play it safe and times to be daring. We’ve established a great team, and now we’re ready to be bolder.”