He might be considered the world’s greatest investor, but the Oracle of Omaha follows one rule – he simply does what he enjoys most. 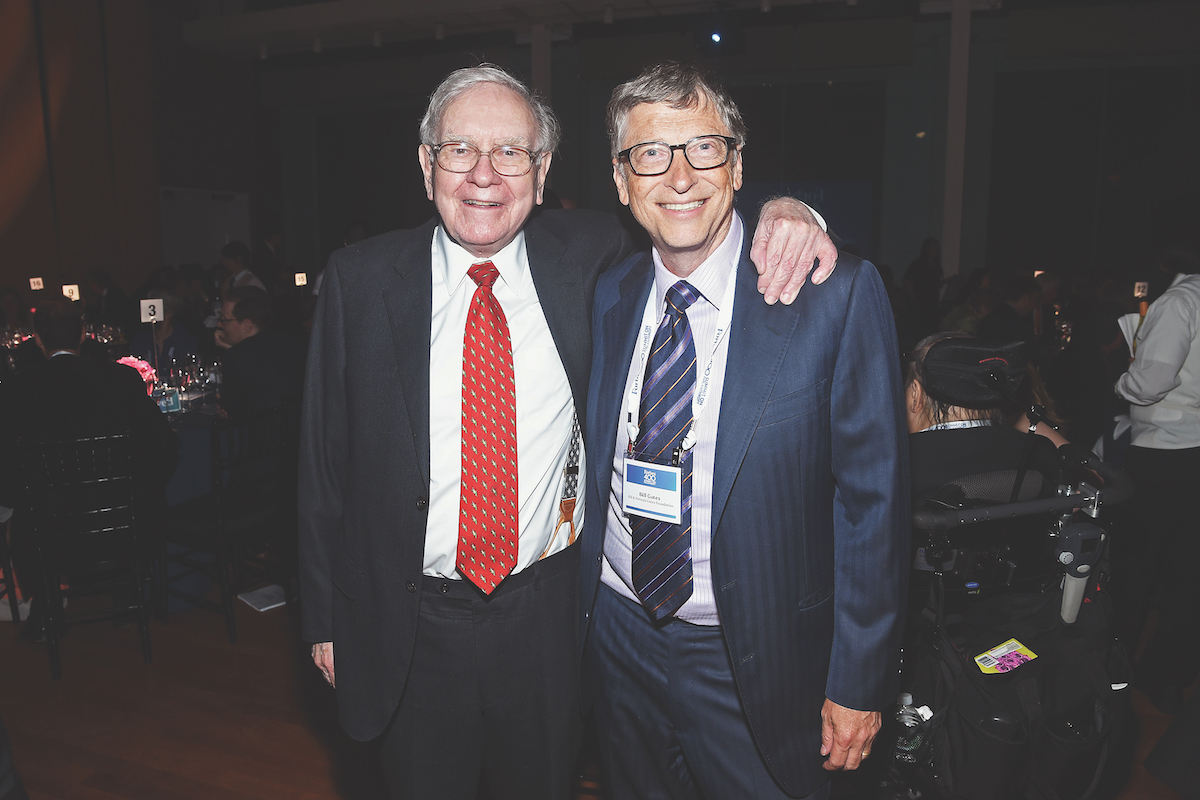 If there’s one person who is exceptionally entitled in giving insightful career advice, it’s Warren Buffett.

The famed business mogul and philanthropist’s lengthy career was fueled at the tender age of seven when he borrowed a book from the library – One Thousand Ways to Make $1000 – inspiring his passion for numbers.

Despite celebrating his 90th birthday in August 2020, the Berkshire Hathaway CEO and Chairman with an estimated personal wealth of US$80.2 billion according to Forbes, isn’t showing any signs of slowing down.

Known as the Oracle of Omaha, Buffett started his extraordinary career investing in the share market at just 11. His childhood was spent honing his entrepreneurial passions through a number of side hustles including paper rounds delivering The Washington Post and selling stamps, chewing gum, bottles of Coca-Cola and used golf balls.

“I always tell college students to take the job you would take if you were independently wealthy – you’re going to do well at it.” – Warren Buffett

Two years after landing a full-time job working for Benjamin Graham’s New York investment firm (Graham went on to become his long-term mentor), Buffett returned to his hometown to establish his own venture with just $100 and about US$105,000 from family investing partners.

But it wasn’t until 1962 when the American businessman first invested in Berkshire Hathaway. A year later, he was the company’s largest shareholder – propelling him into a world of financial success.

He might be considered the world’s greatest investor, but Buffett simply does what he enjoys.

In 2012, the business tycoon’s top articles published in Fortune between 1966 and 2012 were collated into a book, offering insights on how the savvy investor works.

Described as always tap dancing to work at Berkshire Hathaway, Buffett told Fortune in 2012 one of the most important qualities for success is igniting one’s passion.

“Find your passion. I was very, very lucky to find it when I was seven or eight years old,” he said. “Fortunately, my children have found their passions.

“You’re lucky in life when you find it, and you can’t guarantee you’re going to find it in your first job out. I always tell college students to take the job you would take if you were independently wealthy – you’re going to do well at it.”

Buffett has spent the majority of his life riding the highs and lows of the stock market, but the most important investment isn’t in shares.

“By far the best investment you can make is in yourself,” Buffett told Yahoo Finance . “For example, communication skills. I tell the students … if they just learned to communicate better – both in writing and in person – they increase their value at least 50%.

“If you can’t communicate, it’s like winking at a girl in the dark – nothing happens. If you invest in yourself, nobody can take it away from you.”

Rub shoulders with the right people

The business tycoon believes who you surround yourself with is a critical element to career success.

“Associate with people who are better than you are,” he told Yahoo Finance . “You’ll go in the direction of the people you associate with and you want to have the right heroes.

“You want to emulate somebody but pick very carefully.”

In addition to peers, Buffett often cites choosing a life partner as one of the biggest business decisions you can make.

Instead of doing little jobs that look good on paper, the 90-year-old believes people should stop waiting and jump right in.

“Don’t sleepwalk through life – find something you really enjoy doing,” he told CNBC in 2016.

The billionaire said there is no value in doing a job for an extra US$10 a week when you could be doing something for an organisation that brings you joy.

“You don’t want to take a job just for the money, and you should never work for people who make your stomach churn or who keep you up at night,” Buffett said.

Work for someone you admire

When Buffett took the opportunity to work for his idol (and eventually lifelong friend) Benjamin Graham – who was known as the father of value investing – the businessman never asked what his salary would be. Instead, he waited to see what his first pay cheque would be because for Buffett, the experience of learning from Graham trumped any salary.

“Go to work for whomever you admire most,” Buffett told students at University of Georgia in 2001. “You can’t get a bad result. You’ll jump out of bed in the morning and you’ll be having fun.

“In the world of business, the people who are most successful are those who are doing what they love.”

The true meaning of success

He is currently ranked the seventh richest person in the world but, at the end of the day, Buffett believes success comes down to happiness – not the number of zeros following his name.

“If you get to be 65 or 70 and later and the people you want to have love you actually do love you, you’re a success,” he told Yahoo Finance. “I’ve seen some very, very wealthy people … and nobody loves them.”