“I don’t believe in mistakes”: Elle Macpherson on family, business and wellness

The iconic Australian supermodel-turned-entrepreneur believes taking risks in business and in life is the secret to her success. 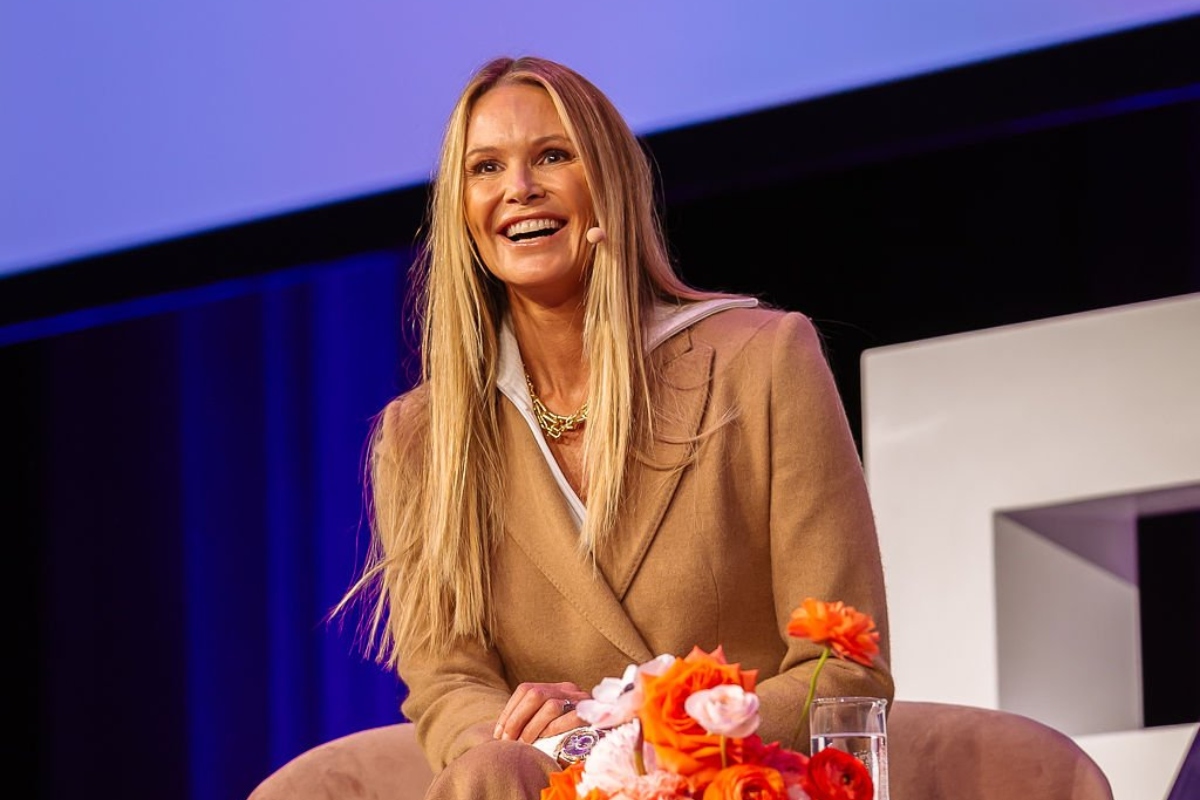 There’s a calm and graceful aura that follows Elle Macpherson as she saunters onto the stage at the Sydney Convention and Exhibition Centre.

Effortlessly chic, the iconic Australian supermodel-turned-entrepreneur is back on her home turf for a six-city speaking tour with Business Chicks.

She’s wearing a simple white button-up shirt under an oversized beige Max Mara pantsuit teamed with black strappy Bottega Veneta heels and a gold Tiffany & Co. necklace. The look is simple yet sophisticated and you can bet she still has ‘The Body’ underneath it all.

Locked on her every movement are the eyes of more than 1,100 women, eager to hear how the 55-year-old broke out of the modelling world and into the business world – and raised two boys in the process.

“I’d been accepted into Law at university and I needed money to buy books and fund my education. So, when a friend suggested modelling, I thought ‘why not? I’ll give it a go’ – in true Aussie form,” says Elle.

“They say that if you want to make God laugh, tell him your plans. Well, my plan was to take a gap year and work as a model. Three-quarters of the way through the year, I got the opportunity to go to America to do modelling for a few weeks.

“I went to New York with a return ticket in my pocket and a few hundred bucks… and here I am 37 years later,” she laughs.

Elle says the decision to remain in the US was the single biggest – and scariest – risk she ever took, and it set the trajectory for the rest of her very successful career. 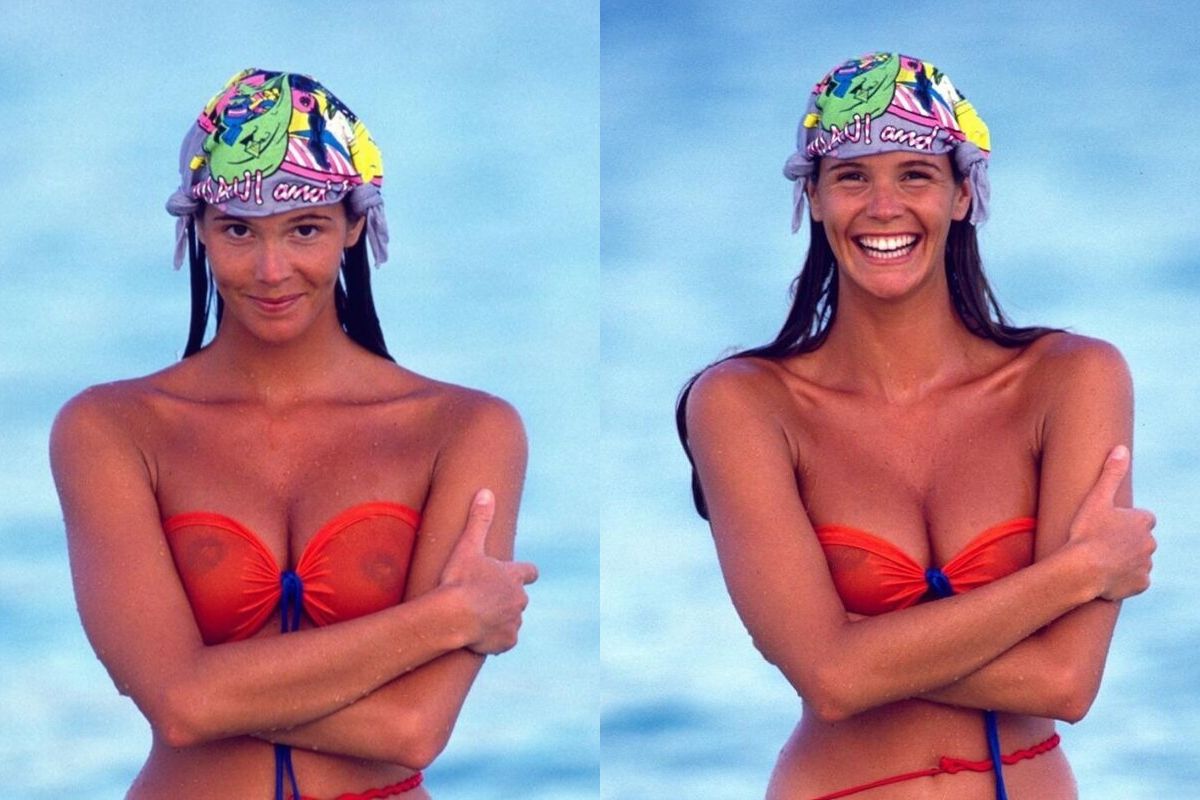 “If America taught me one thing, it’s to be open to opportunity. I am where I am today because I was willing to evolve and grow. It might surprise a lot of you, but I wasn’t very comfortable in front of the camera,” she says, as many women in the audience share incredulous glances.

“I knew that I couldn’t model forever and, as they say, necessity is the mother of invention. So, I started thinking how I could evolve out of being in front of the camera every day and still capitalise on the image that I had been growing for years.”

This entrepreneurial thinking transformed into a number of business ventures including the Elle Macpherson Intimates lingerie range and The Body beauty line.

Her latest venture is one that came about as a result of her own personal wellness journey.

“When I was younger, wellness was more like fitness. Looks were important – especially in my job – but I don’t think I truly understood what it meant to balance inner and outer beauty.

“As I matured and became a parent, I started to become more and more interested in how the body functions at every phase in life – whether that be pre-baby, during pregnancy, while breastfeeding, or when you go from your 40s to your 50s,” she explains.

“I quickly realised that was doing the same things over and over, unconsciously, and expecting different results.”

Within a month of taking the powder daily, Elle saw noticeable improvements in her health and wellbeing, so she decided to create a product of her own. 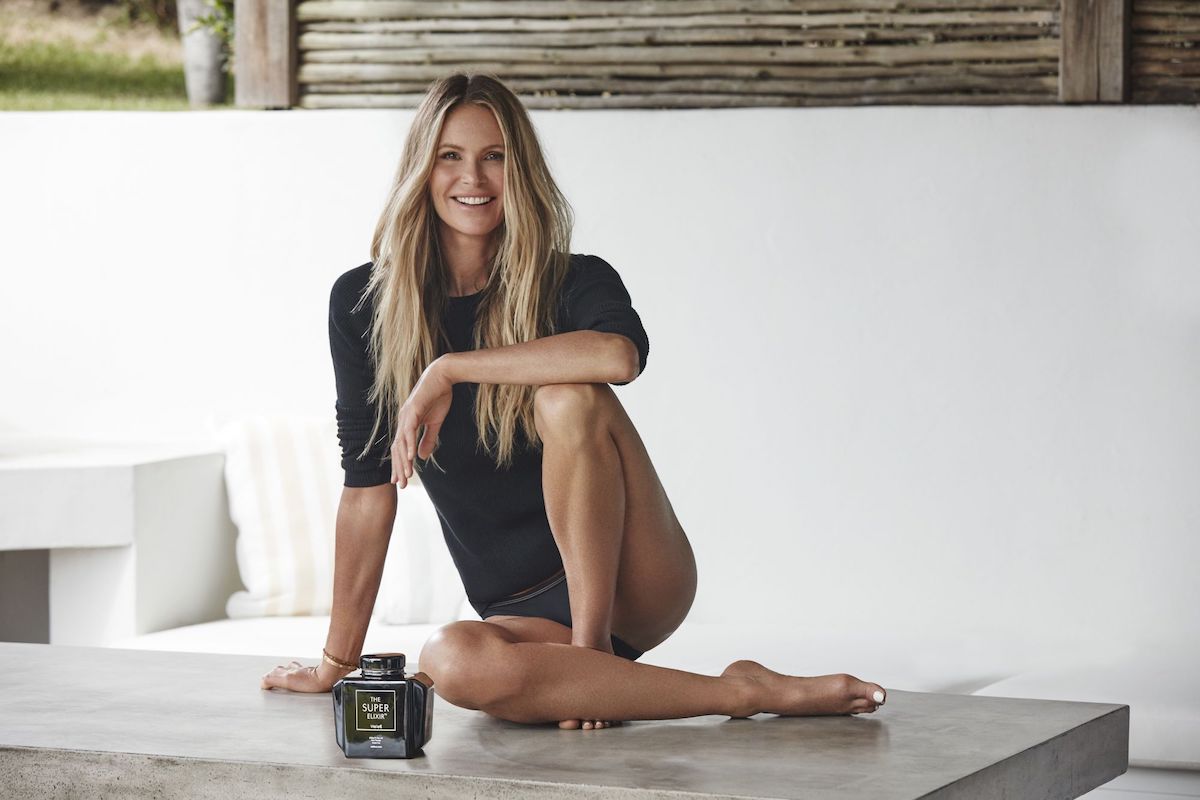 Elle with her own superfood powder, Super Elixir Greens.

Dr Laubscher’s green power became the basis of WelleCo’s hero product, Super Elixir Greens, made up of 45 naturally derived ingredients including wholefoods, herbal extracts, vitamins, minerals and probiotics. The company’s estimated worth is set to exceed A$200 million in the next two years.

“In our case, financial success has been a by-product of having a quality product and wanting to help people along the way,” says Elle. “It’s extremely fulfilling for me – it’s like my third child.”

Elle has two sons, Cy, 16 and Flynn, 21, with her ex-partner Arpad Busson. Elle and her genetically blessed boys recently did their first family fashion shoot for Vogue Australia’s August 2019 issue, and it’s evident how close their bond is.

“She is the best mother in the world, and I know everyone always says that about their mum, but it really is true,” said Flynn. “My mother has always been so incredibly devoted to me and my brother. It has shone through everything from the way she chooses her jobs to the way she cooks dinner.”

Elle says she made a decision very early on to prioritise her children. Although her job required a great deal of international travel, she made sure her boys knew she was doing something she loved and encouraged them to practice responsibility in her absence. 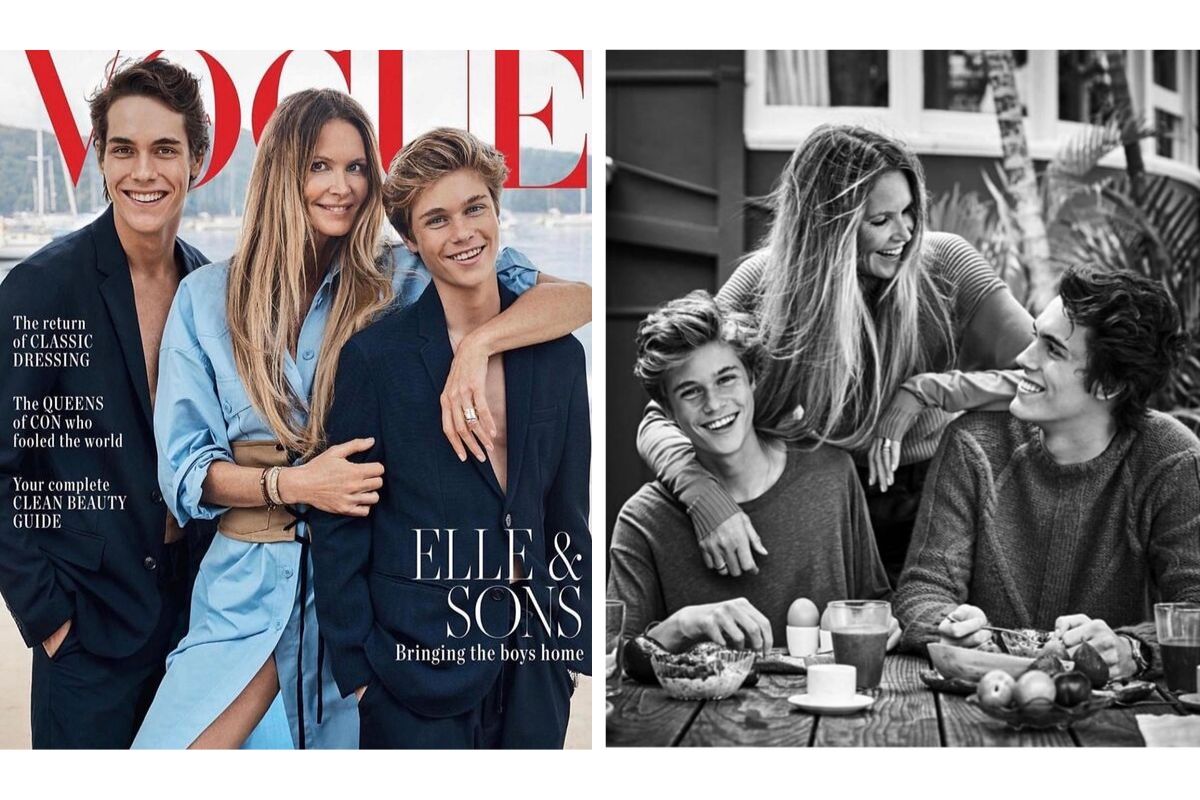 “The greatest influence in my life was my father, he’s a jack-of-all-trades. He had this idea that he was going to die at the age of 50, like his father and grandfather before him.

“He had it all worked out: he would retire at 40 and have enough money to enjoy the fruits of his labour for the remaining 10 years. Except, he didn’t die,” she laughs.

“Over the last 40 years, he’s had to reinvent himself and make that money last well beyond what it was meant to. He’s incredibly resourceful and it’s a quality I really admire.”

Elle’s hometown of Sydney is one of the last stops on her national speaking tour, and she says feelings of nostalgia well up each time she visits.

“What I miss the most about Australia is the people – and not just my family. It’s this wonderful, generous, creative, expansive, big-heartedness that only Australia has,” she says.

“It’s the courage to go out into the world and try lots of different things and make learnings – I don’t believe in making mistakes – along the way. That’s the greatest gift Australia has given me.”

Read next: The beautiful city becoming the world’s best place to live